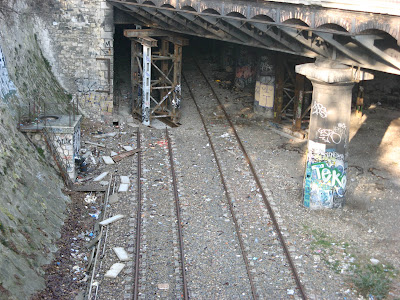 There still exists in the outer suburbs of Paris an orbital railway which last ran a regular passenger service in 1934. Originally conceived as a means of linking all the main line terminals in Paris, it evolved into an outer suburban orbital railway. With the development of the Métro in the early 1900’s it quickly lost custom to the greater convenience the Métro offered. It continued in use for the movement of freight and it was still being used to convey carriages between Gare du Nord and Gare de Lyon as late as the 1970’s as part of through services between Calais and southern destinations. Richard Cobb wrote of his fascination with it in his book, “The Streets of Paris” (1980). The freight traffic dwindled away by the early 1990’s and the line has been out of use ever since. 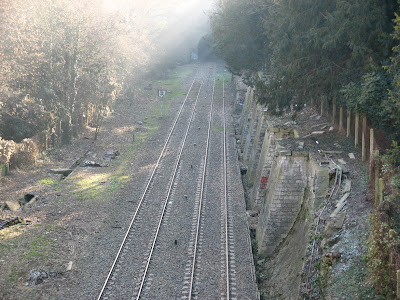 In Britain it would never have survived this long. The holders of purse strings and the auditocracy would long ago have insisted that the tracks be ripped up for their scrap value and that the 20 metre ribbon of land be sold off, on a piecemeal basis, to any developer with the ability to exploit the commercial potential. In defiance of Anglo-Saxon economic orthodoxy, the French continue to maintain the tracks, suppressing the incursion of weeds and keeping the ballast in good order while a long and intermittent debate continues as to future use. There is an association dedicated to campaigning for its preservation with a website that can be reached from here. Urban explorers with a passion for insinuating themselves into areas from which the public is excluded are frequent invaders of the undisturbed permanent way and their photographs can be seen on Flickr where they have formed their own group. 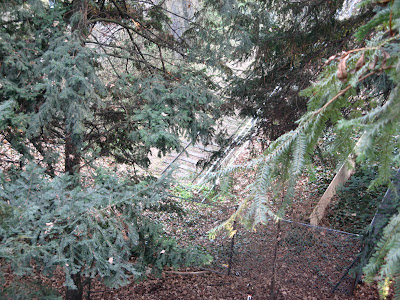 The tracks can be clearly seen in two of the city’s best known parks, Buttes-Chaumont in the north east and Montsouris in the south west. Also shown here below, are two photos taken from rue Brancion (XVe.), one of which shows what appears to be an abandoned station, possibly Vaugirard-Ceinture, or a freight depot serving the Vaugirard abbatoir. There is much more to be discovered about this anachronistic survivor which is very much part of the vanished Paris (Paris disparu) celebrated by Richard Cobb in his always entertaining essays. 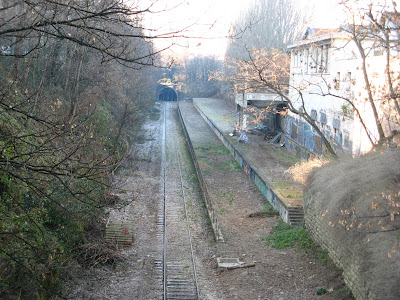 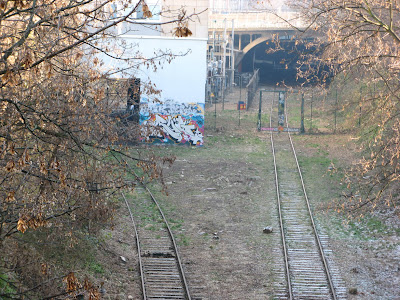