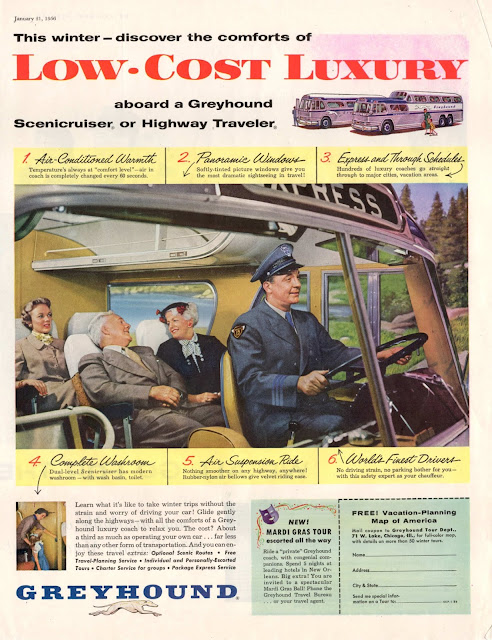 The great American highway belongs to the private motorist and the truck haulage industry – the humble bus, last resort of the indigent traveller, comes a poor third. Greyhound management was well aware that their core market was of low status and made great efforts to attract a better class of customer. Competition from plane and train was fierce and the long distance bus ride could never compete in terms of travel time. Unlike the airline business, bus and train passengers could be delivered to city centre locations but this was a slender advantage. The introduction of the Scenicruiser in 1954 marked a major effort by Greyhound to upgrade its offer and expand its market share. Passenger visibility was greatly enhanced by raising the height of the rear two-thirds of seats and a generous provision of panoramic windows. The styling could be described as restrained streamline and the stainless steel finish was inspired by the two level passenger coaches that the railroads had been operating for over a decade. 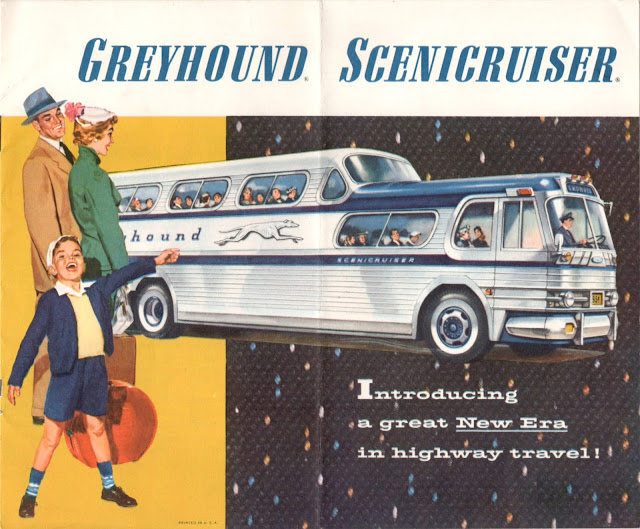 Marketing material made the most of the glorious views that passengers would enjoy as America the Beautiful spooled by. Air conditioning and a modern washroom completed the package. Raymond Loewy Associates were employed for their expertise on internal finishes and upholstery. A thousand examples were built by General Motors and despite being beset by technical and structural problems they remained in service for 20 years – the last of them being withdrawn in 1975. The illustrations in the brochure exclusively feature the clientele Greyhound were desperate to attract – high earning, clean shaven professionals in Arrow shirts with suits from Hart, Schaffner & Marx, accompanied by wholesome spouses and obedient offspring. The reality could hardly be more different – low income families, migrant workers, servicemen on leave, fugitives, drifters and vagrants. You might have found yourself sitting next to John Lee Hooker or Townes Van Zandt but you would never share a seat with Aaron Copland or John Updike. 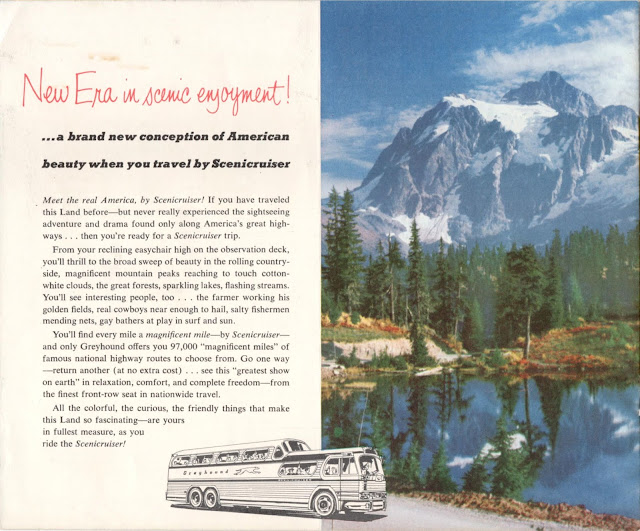