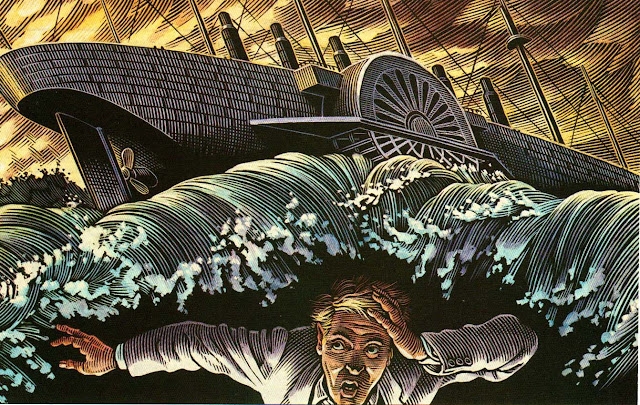 The Listener was a BBC weekly born in the age of radio as a vehicle for translating the best of the BBC output into printed form. A certain degree of literacy on the part of the reader was assumed – it is long defunct by now. Not the sort of enterprise with which today’s BBC would wish to be associated. In the 1980’s a determined effort to revive its fortunes included a cover in full colour and being part of the same family as Radio Times, there was a significant commitment to the art of illustration. The work of Bill Sanderson made regular appearances on the cover and always added a note of distinction. Wikipedia has a brief but informative note on the rise and fall of The Listener. 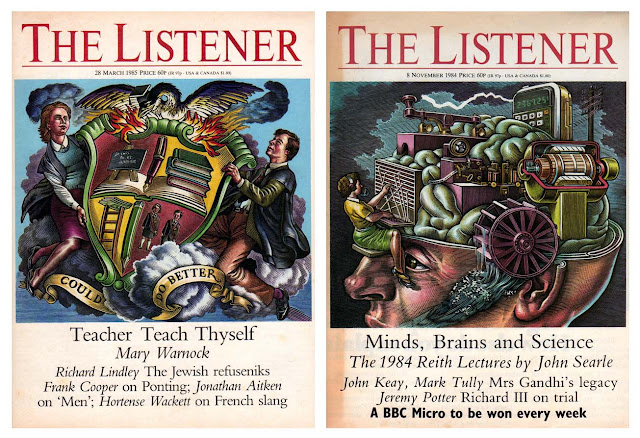 These images reflect a fondness for cut-aways, heraldic devices and the decorative excesses of High Victoriana. The visual conceptions are ever ingenious in reflecting the subject matter. The sober and fastidious technique is redeemed by a visual energy in terms of composition and drawing that is never less than a delight to the eye. A collection of these illustrations would make a very fine book. 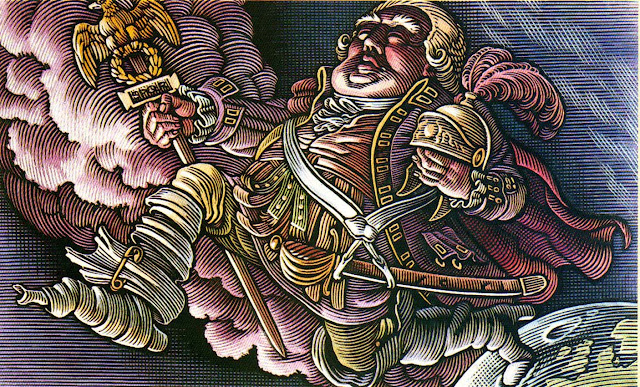