Walker Evans and the Picture Postcard 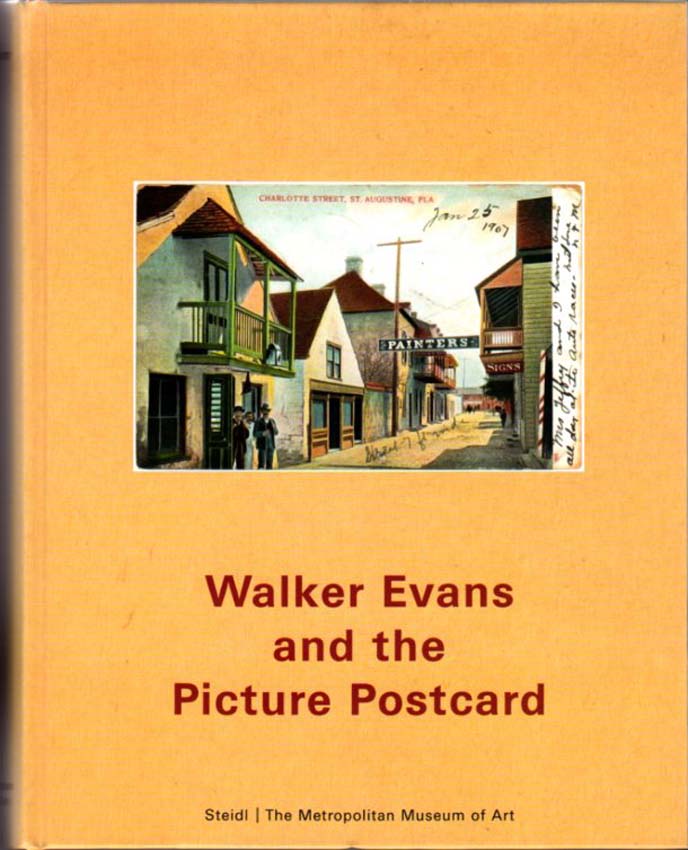 Walker Evans is my favourite photographer. I’ve flirted with many other excellent practitioners but I always come back to Evans. From the landmark FSA photos to the late colour work and Polaroids, everything is the product of a distinctive sensibility and demands serious attention. The work he did for Fortune magazine is equally fascinating and I have many of the portfolios in their original form as published. For over 30 years (1934-65) Evans had his photographs published in the pages of Fortune and eventually manoeuvred himself into the enviable position of virtually self-publishing in a mass circulation magazine as he graduated from staff photographer to associate editor. He had the authority to initiate his own projects and he pushed the technical staff to the limits of their abilities in his demands for excellence in print quality. He was even permitted to indulge his personal obsessions and in May 1948 Fortune published a four page portfolio of colour reproductions of “postcards from the trolley-car period” (life size and complete with drop shadows) from Evans’s collection under the title “Main Street Looking North From Courthouse Square”. This was the first published evidence of a collecting activity that had absorbed Evans since childhood.Follow this link to the wonderful world of Visual Telling of Stories to view the article. 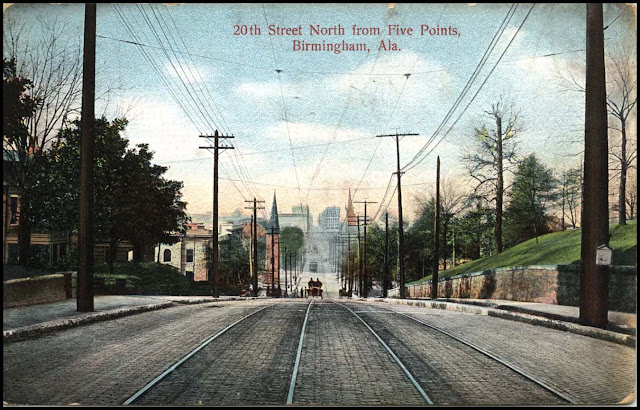 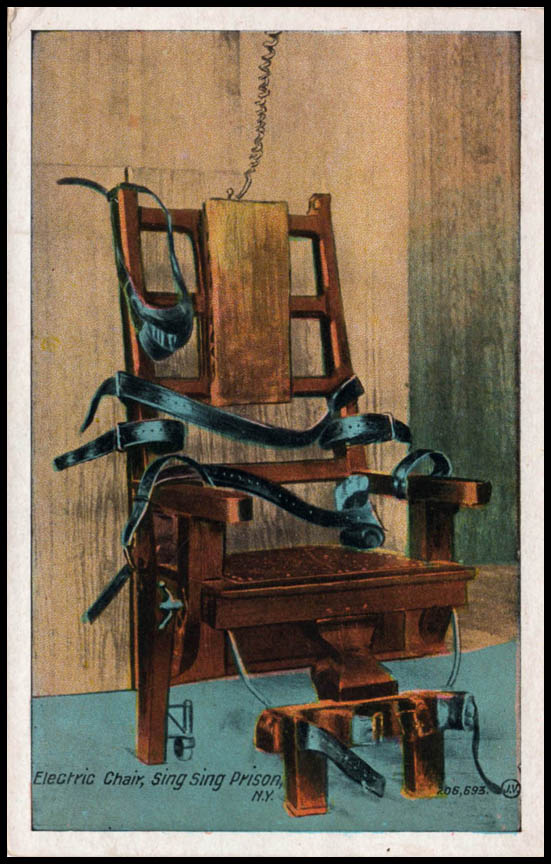 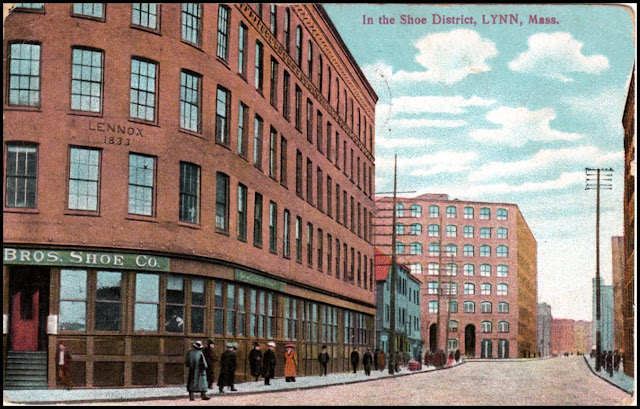 One of my more pleasant recurring dreams is acquiring a copy of a spectacular illustrated book on a subject dear to my heart, lost in wondrous reverie that its existence had been unknown to me. (These sumptuous volumes usually turn out on awakening to have titles like The Definitive Atlas of Thimbles or An Architectural History of the Cricket Pavilion, Volume 2, The Renaissance.) Occasionally one of these books makes a surprise and most welcome appearance in the real world and one such is the recently published, Walker Evans and the Picture Postcard. Evans had a very special passion for postcards and his collection numbered over 9,000 and is now the subject of an exhibition at the Metropolitan Museum of Art in New York. Jeff Rosenheim, now described as “the foremost scholar of Walker Evans” has made a choice selection for inclusion in this book to accompany the exhibition, although just how choice no one can say without seeing the other 8,000+ that had to be left out. 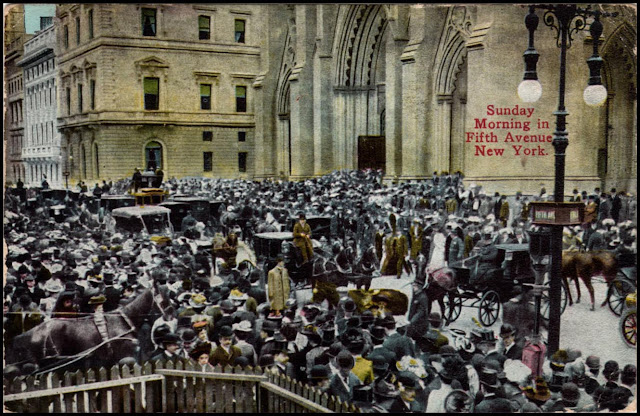 Evans was an unorthodox collector of cards. He had no interest in collecting for its own sake in definitive and narrow categories – his prime interest was in the vernacular and visual qualities. The unconscious and unsought poetic image captured his imagination. He rejoiced in the happy accidents and the wonders of photographic retouching. Vintage postcards often went through an exhaustive editing process in which it was as common for the retoucher to add features of interest as to eliminate unwanted intrusions. These interventions, made with wildly differing levels of skill, often add another layer of mystery to the image with discrepancies of scale and visual inconsistencies. Indeed, on many occasions, the greater the incompetence, the more profound the sense of mystery. Evans commented on the number of occasions on which the unwanted intrusion, often in the form of undistinguished means of transport (horse and buggy, steam tram, vintage vehicle), became the prime focus of interest for a future generation. Postcard images also possessed the facility to unintentionally recall images from the world of Fine Art. The tilting planes and perspectival plunges of Giorgio de Chirico’s paintings can be seen in many a vintage postcard. 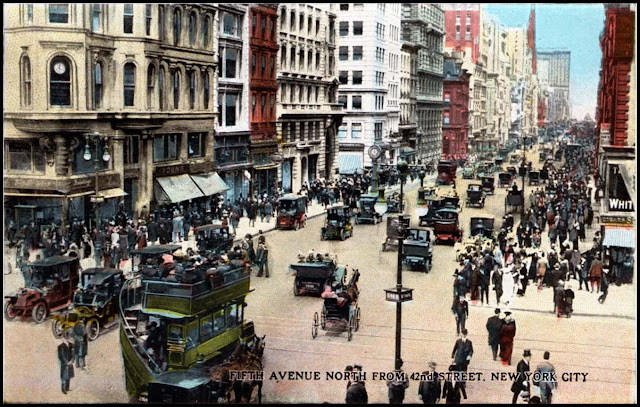 This is no place for objectivity. I have to confess that the Evans vision of a world in postcards is irresistible to me. The idea of a lyric documentary in which the neutrality of an accumulation of mechanically acquired visual data is systemically undermined by the process of reproduction and consumption, is extremely attractive. The original image is successively processed in terms of adding colour, retouching by addition or subtraction, adjustment of tonal qualities, resizing for portability, and cropping to fit. By the time this process is complete, the resulting image describes a world that has never existed. It’s at this point that it can burrow deep into the imagination, becoming the stuff of dreams and fantasies, and posing all sorts of questions about how we see the world around us. The visual grammar of postcards creates a parallel reality in which the familiar and commonplace is subtly transformed into a new and enhanced visual experience. In one of several lectures delivered on the subject of postcards, Evans memorably quoted from Vladimir Nabokov’s novel, The Gift, in which the author describes to perfection the sense of quiet wonder that the recollection of the unremarkable passage of a train through the landscape can inspire. Nabokov’s unique ability to analyse the sense of time past clearly struck a chord with Evans as he recognised a kindred spirit. 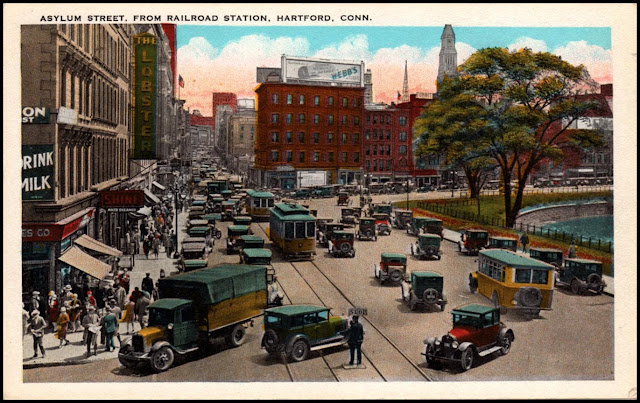 The lazy response to this book is to dismiss the images as a feast of unhealthy nostalgia. Nostalgia is something that begins as harmless fun, sharing reminiscences from a distant era or responding to visual triggers that transport the mind back to an all but forgotten past. Where it ends is far from harmless as it degenerates into a pervasive sourness of intellect in which all experience of the present is filtered through a largely imaginary sense of a lost Golden Age from which all past horrors have been erased. It seems to be the fate of every generation in turn to surrender to this comforting fiction. Unfortunately many of the most reactionary expressions of the human spirit have their origins in these acts of selective memory. When nostalgia corrodes the soul, the sense of a false and imagined past becomes fixed as the only desirable template for the present leaving no space for alternative historical interpretation and denying the possibility of human creativity in the present. There’s a very strong case for designating nostalgia as a controlled substance. 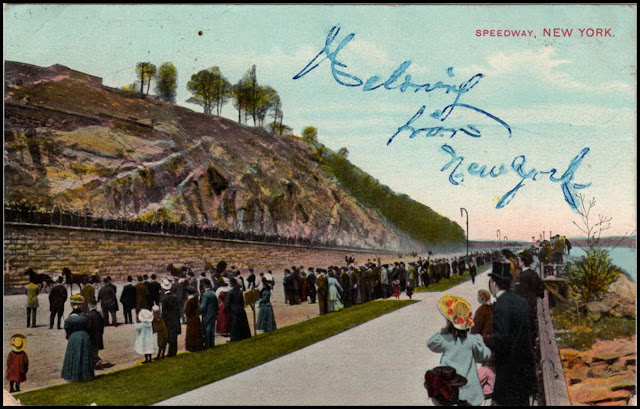 So, all this waffle is designed to armour-plate this postcard fan from accusations of being a consumer of nostalgic imagery. A sudden encounter with a familiar scene as it existed in the past produces a fascination that can often have a nostalgic inflection but this does not lead to a burning desire to see the unsightly telegraph lines of yesteryear reinstated or a return to the days of unregulated, large scale advertising images and slogans applied to every available vertical surface. But, what we can learn from postcards about early advertising is that its practitioners were no less sophisticated than their modern descendants and equally untroubled by moral scruples. 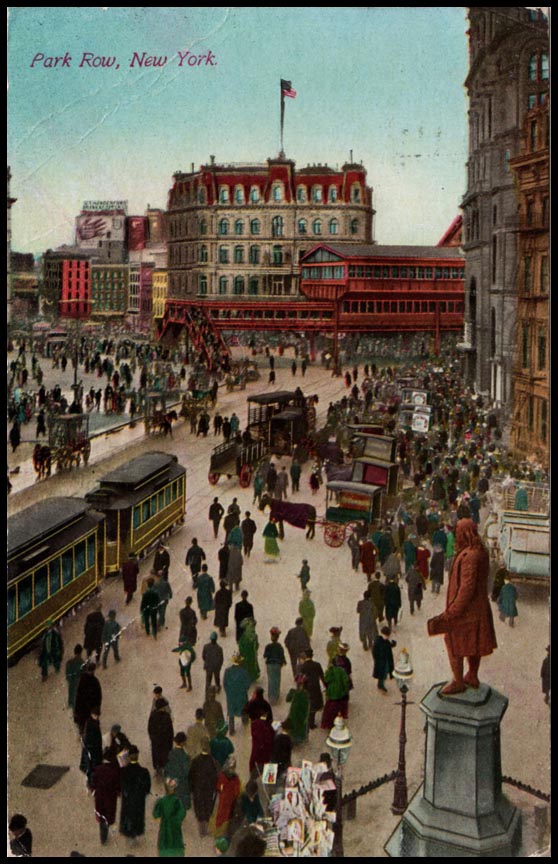 Evans as an artist was propelled by an inexhaustible curiosity about the visual world that he maintained to the end of his life. Postcard imagery was just one expression of his search for very specific visual sensations. The great joy of this book for the postcard addict like myself is that what is often seen by others as a completely valueless and self-indulgent activity devoid of purpose is worthy of serious consideration and can actually have an unsuspected significance. It was pleasing to discover that 3 of the postcards reproduced in this book are also in my collection (that’s 3 out of 9,000) and are included in this posting together with a small selection that I hope would have met with his approval. 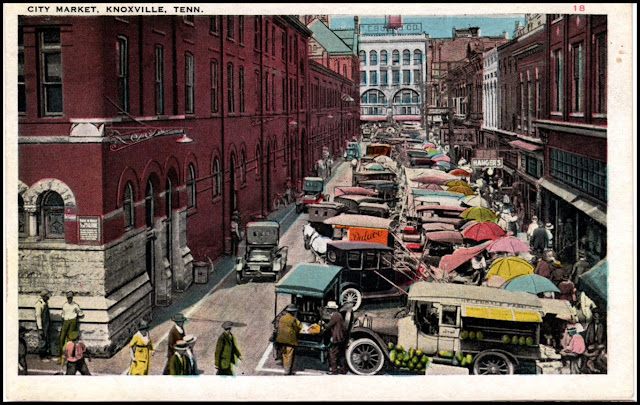 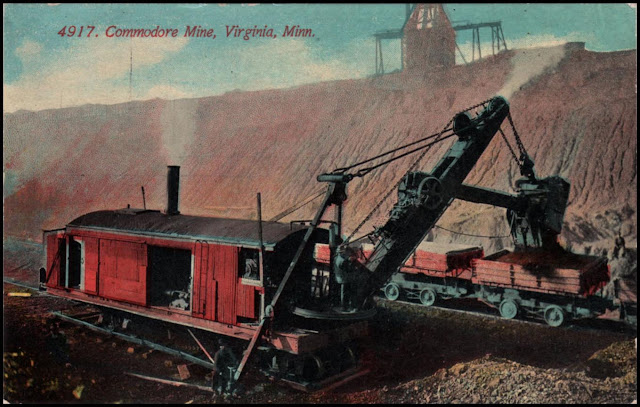