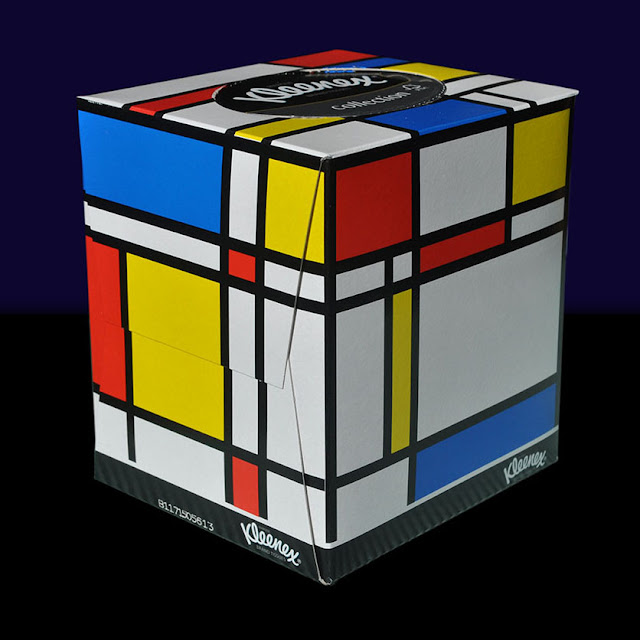 In the autumn of 1949 the Museum of Modern Art in New York displayed an exhibition, Modern Art in Your Life and among the exhibits were two Mondrian paintings and a Kleenex box. The show was designed to explore the links between Modernist painting and sculpture and the world of publicity and product design. It was reviewed in the New Yorker (Mondrian, Kleenex and You, Oct 15, 1949) by Robert M Coates who pointed out that many of those who expressed the greatest antipathy to Modernism found nothing to object to when it was appropriated in advertising and industrial design. Nearly 64 years later Mondrian and Kleenex have been reunited on the supermarket shelf in the Kleenex Collection of contemporary cubes. Neo-plastic geometry in the aisles of Tesco and an opportunity to blow your nose the Mondrian way are both to be welcomed although if the packaging net had been designed to place the glued flaps on the base instead of the sides it would have looked even better. Mondrian is the only artist whose work has been so unambiguously appropriated here but there may be others who could bring something distinctive to the Kleenex box. The name Francis Bacon was suggested to me - a judicious selection of bodily fluid stains with crossed syringes might find a niche market among the Brit Pack artists if nowhere else. I like the idea of an Ad Reinhardt box and I can imagine Matisse cut-outs and Léger’s grandes machines would easily adapt to the task but if I could consign just one artist to a lifetime of service on the Kleenex pack it would have to be Wyndham Lewis because nobody else would have been so infuriated by such a fate. Better still – nobody would ever buy it. 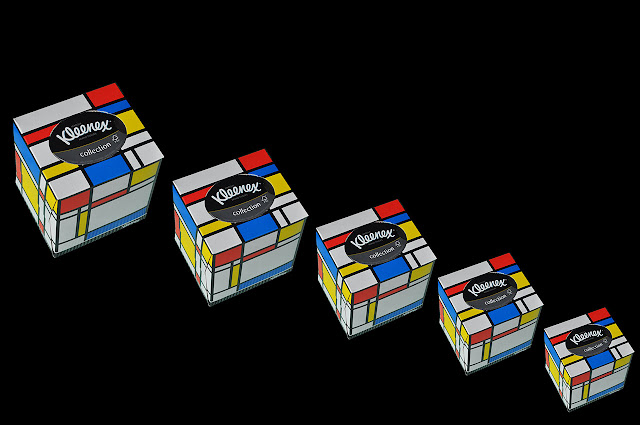 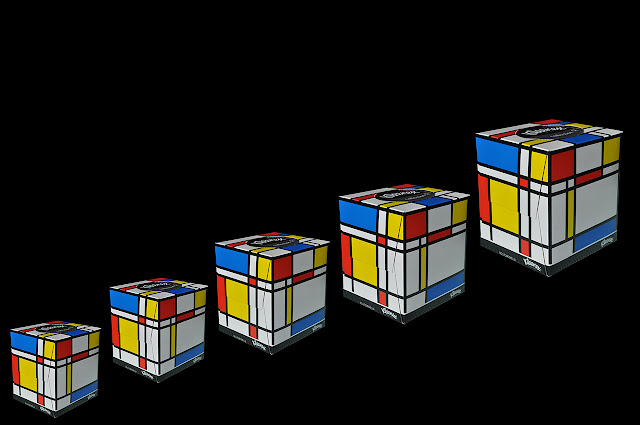