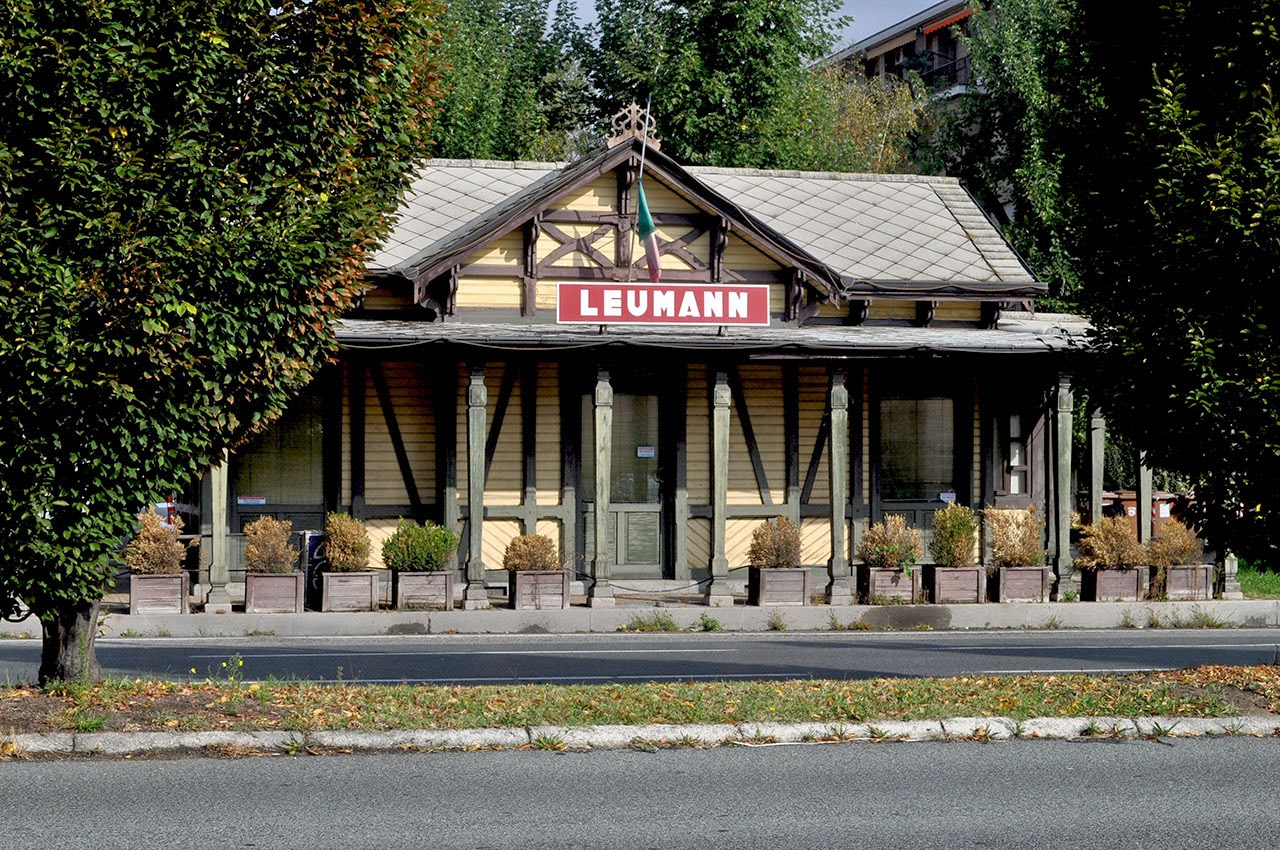 Corso Francia is the principle westbound highway out of the city of Turin. It’s the main route from Piedmont to France and has been witness to many movements of troops of both nationalities in both directions as the two nations engaged in regular hostilities. The first settlement outside the city is the comune of Collegno and in 1875 Swiss textile manufacturer, Napoleone Leumann chose to relocate his business from Switzerland to Collegno for easier access to the Italian market for his products. Leumann was a paternalistic employer and took the opportunity to build housing and social facilities alongside his factories. Over the following three decades the site was developed to include housing for up to a thousand people, a church, public baths, a gym and a school. The designer was the engineer/architect Pietro Fenoglio who employed a sober, eclectic style very different from the flamboyant Liberty-styled house he designed for himself in Turin. (The Casa Fenoglio-Lafleur is about 5 miles to the east on the same road, Corso Francia.) 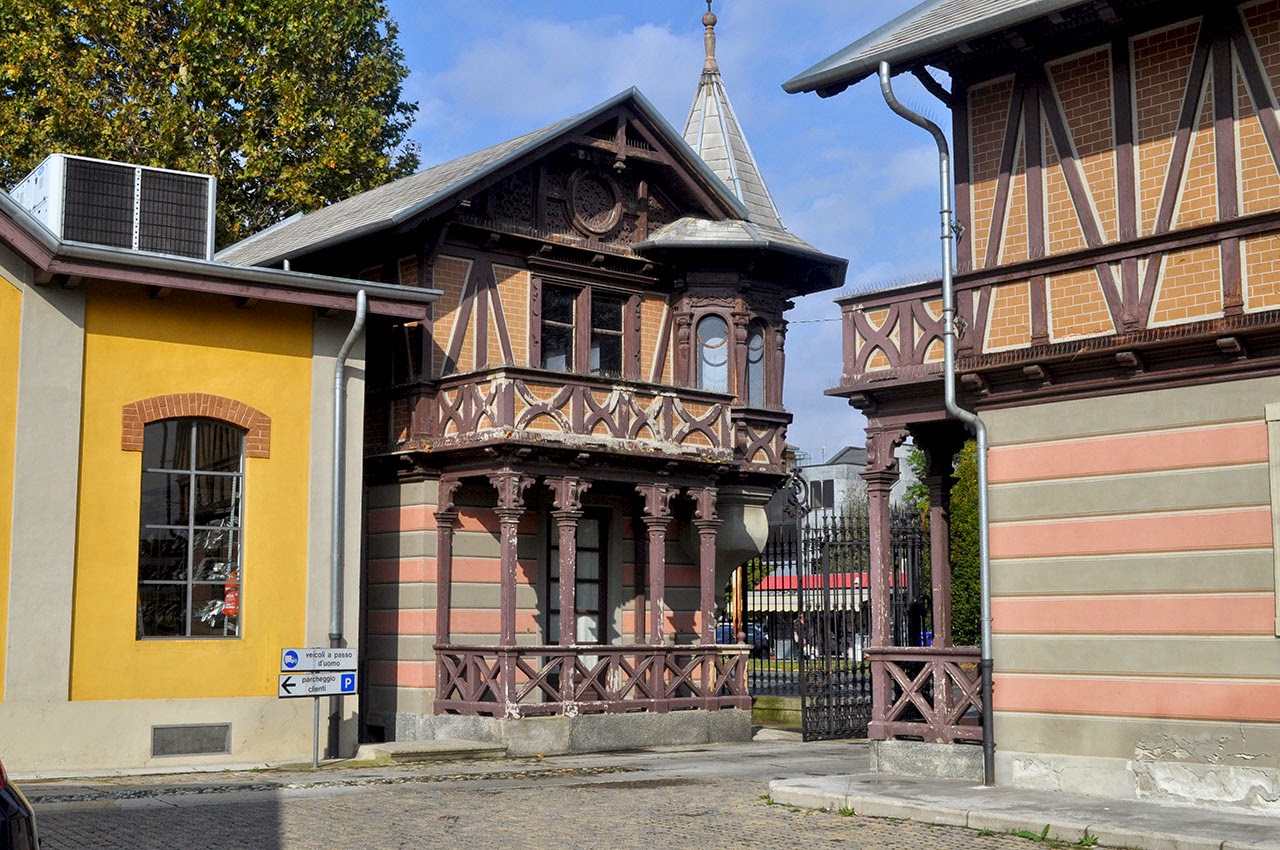 Fenoglio’s architectural contribution is difficult to quantify but the stylistic touches that pay homage to Leumann’s Swiss origins may well be his work. The pair of gatehouses are the most obvious examples with their hand carved wooden detailing and gingerbread air. Opposite the entrance is a modest timber-built rail/tramway station in a similar vernacular. The homes and factories are well proportioned and unassuming in style. The provision of gardens indicates the influence of British models designed to promote self-sufficiency and leisure time dedicated to labour and self-improvement. The textile business finally closed in 2007, after lingering on in a much reduced role since 1972 but the Villaggio Leumann has since been refurbished as a heritage site with some of the buildings converted into retail premises for the fashion industry. On a visit in October 2014 the housing stock seemed to be in very good order as were the retail units, but the major blocks, although recently repainted, still await a use. It was a Monday morning and there may well be busier times but there was very little sign of activity, economic or domestic. Other than the man who yelled from an upstairs window to tell me that photography was forbidden without a permit – an expression of resentment about being on public display. 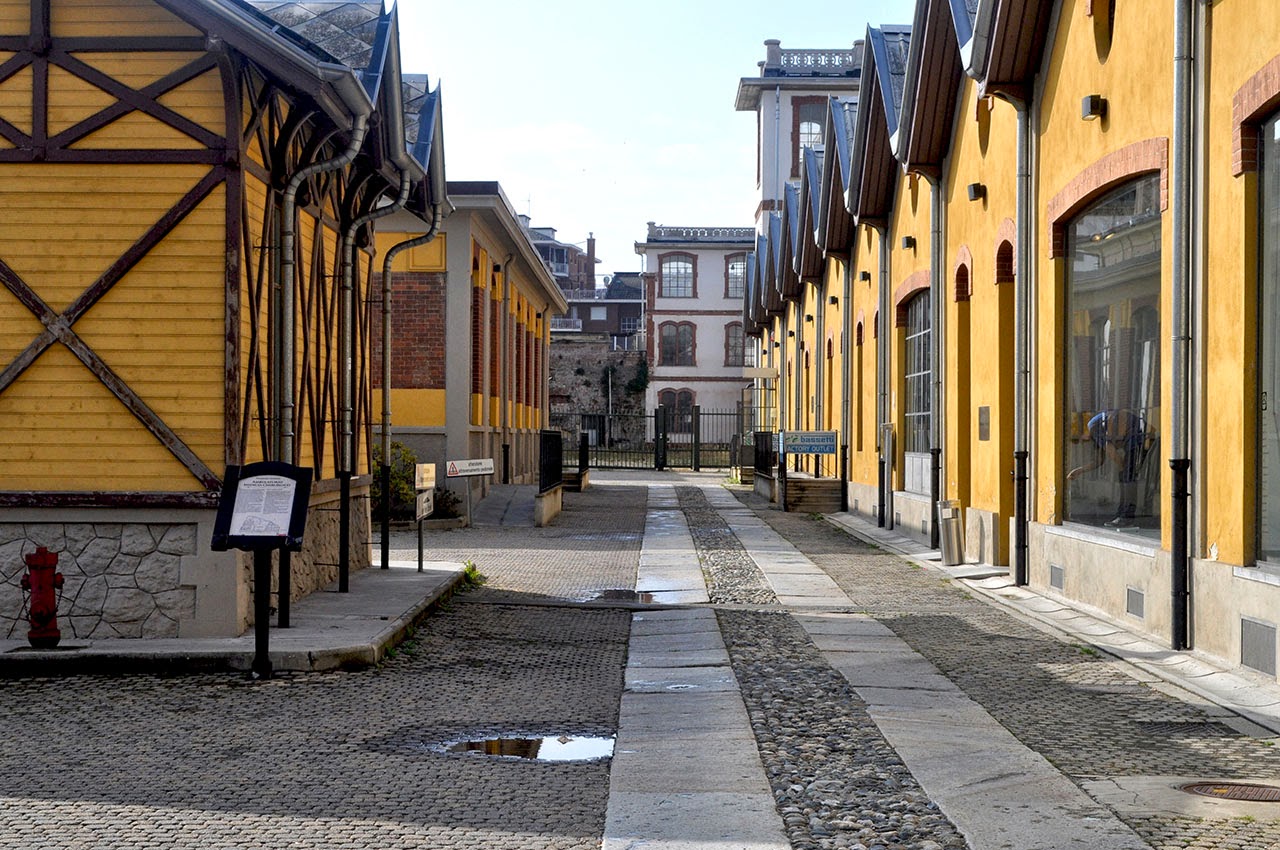 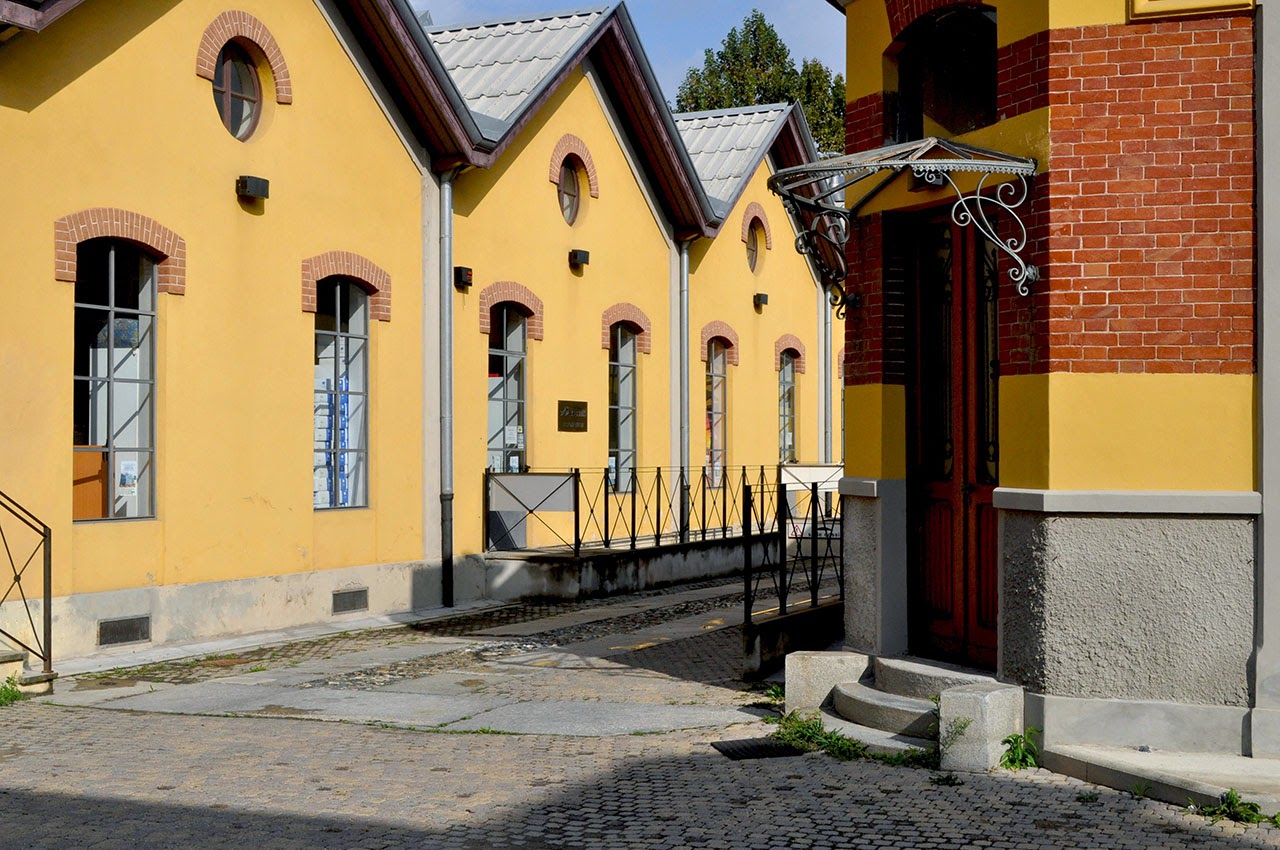 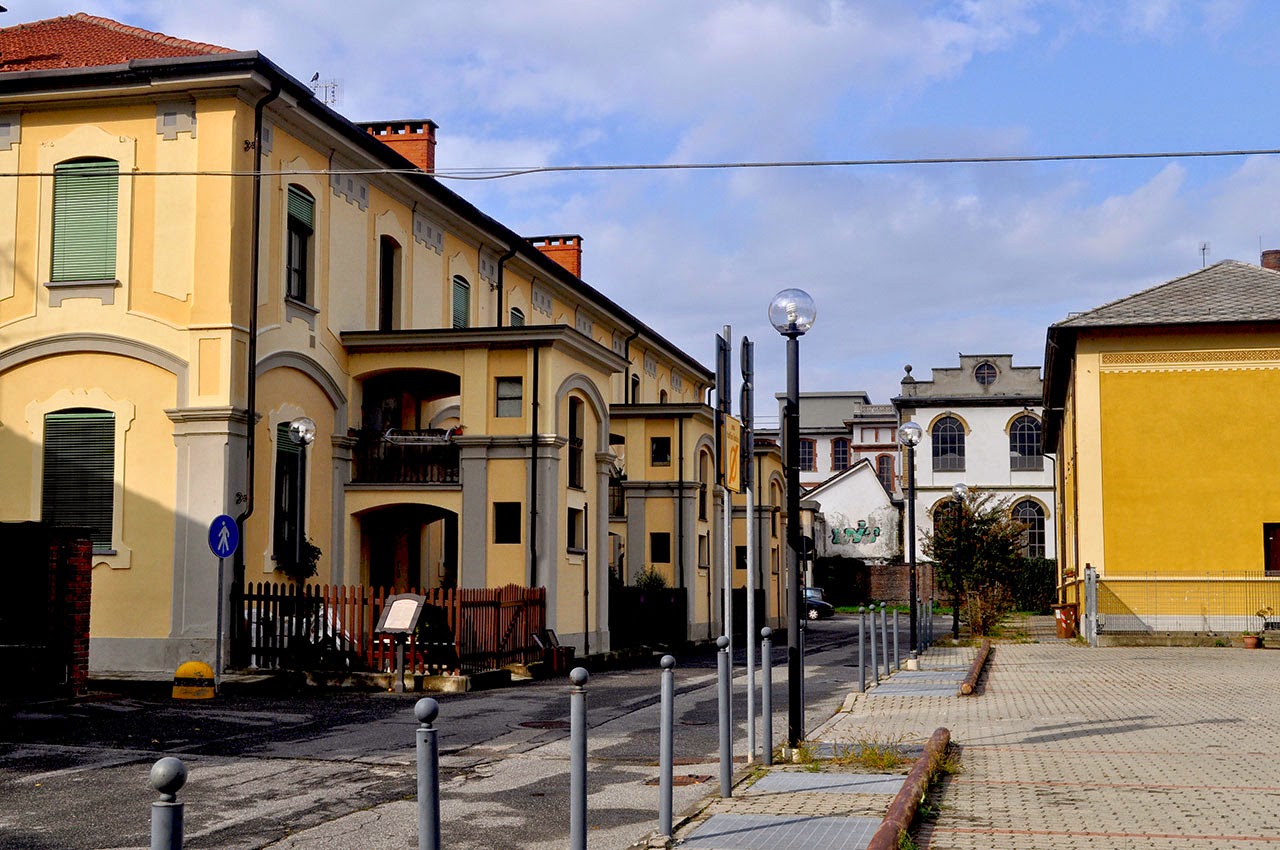 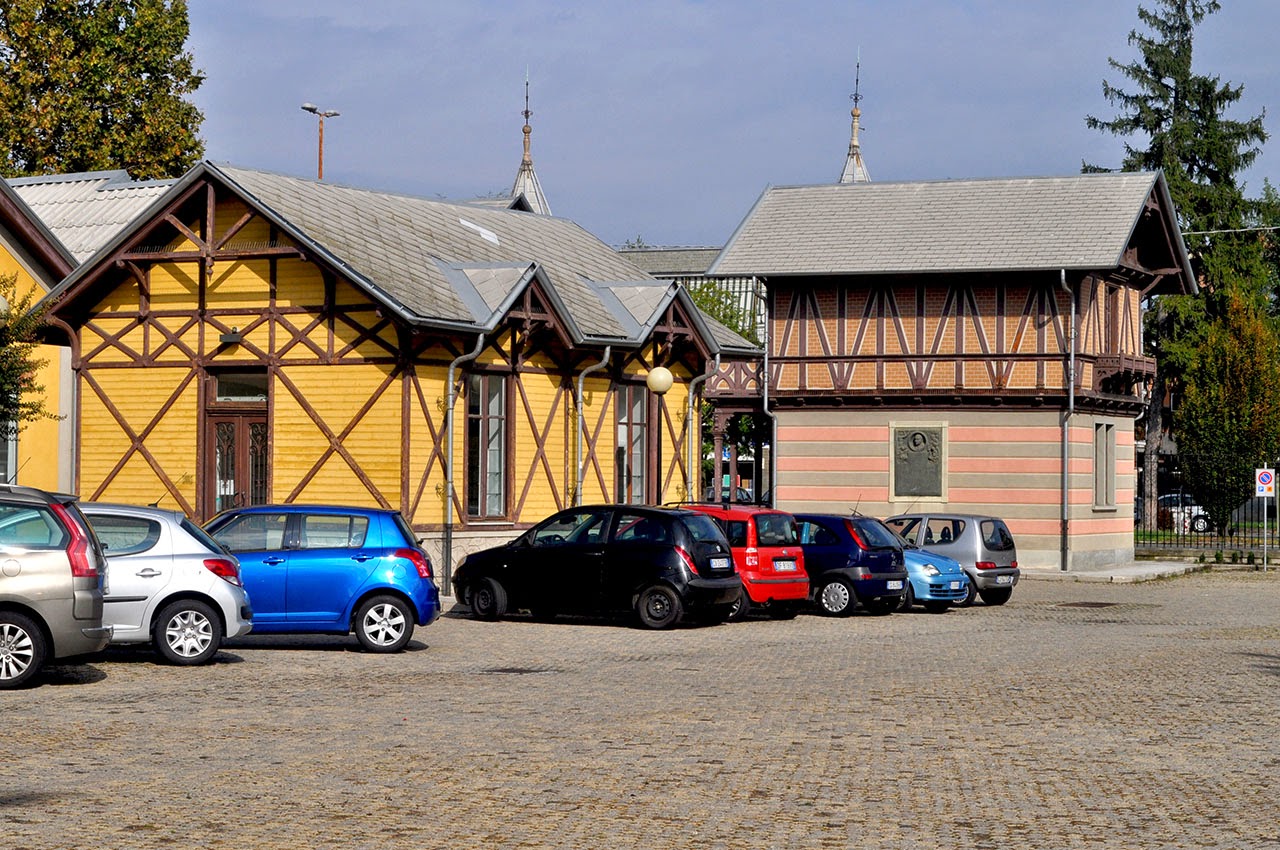 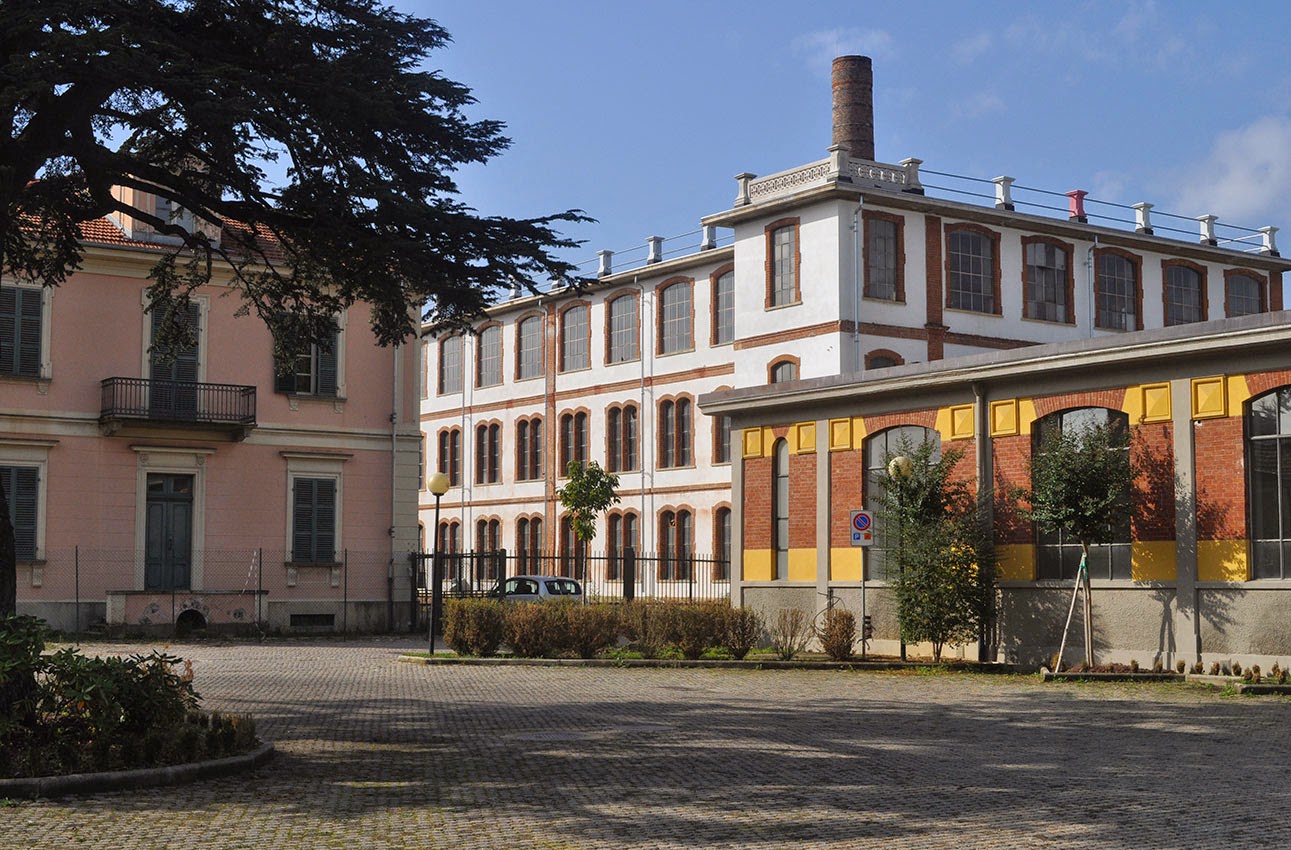