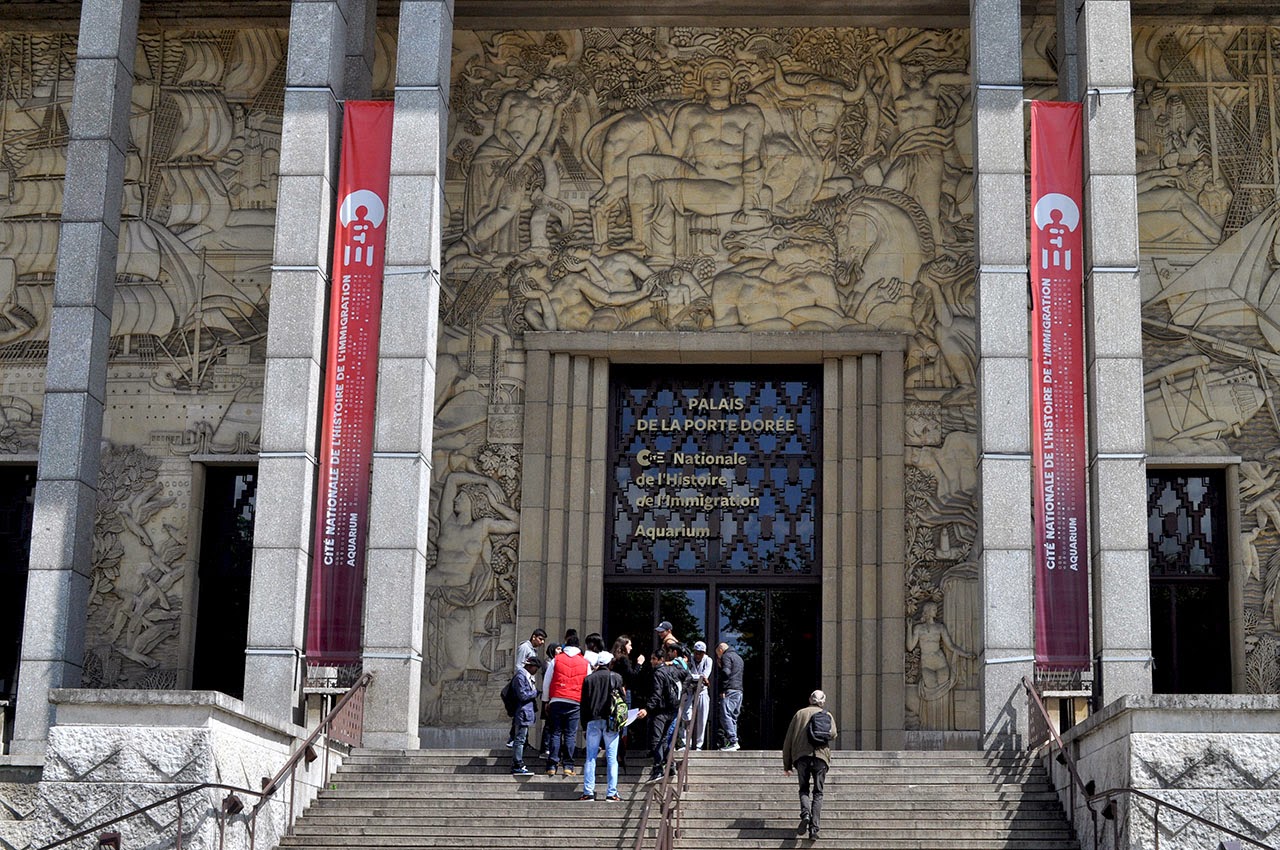 Palais de la Porte Dorée was built for the Paris Colonial Exhibition of 1931 and subsequently became a museum of African and Asian art. It now serves as a museum of the history of immigration in France (Cité nationale de l'histoire de l'immigration). The building is imposing and uninviting, rectilinear and austere in form – there are 26 steps to climb to the entrance, a line of square-section segmented columns runs the width of the building supporting a deep overhang that shelters the terrace but in compensation for the unrelenting formal severity the frontage and flanks are entirely encased in a spectacular display of exuberant Art Deco-inspired bas-relief carvings telling the story of France’s imperialist adventure with unembarrassed relish. 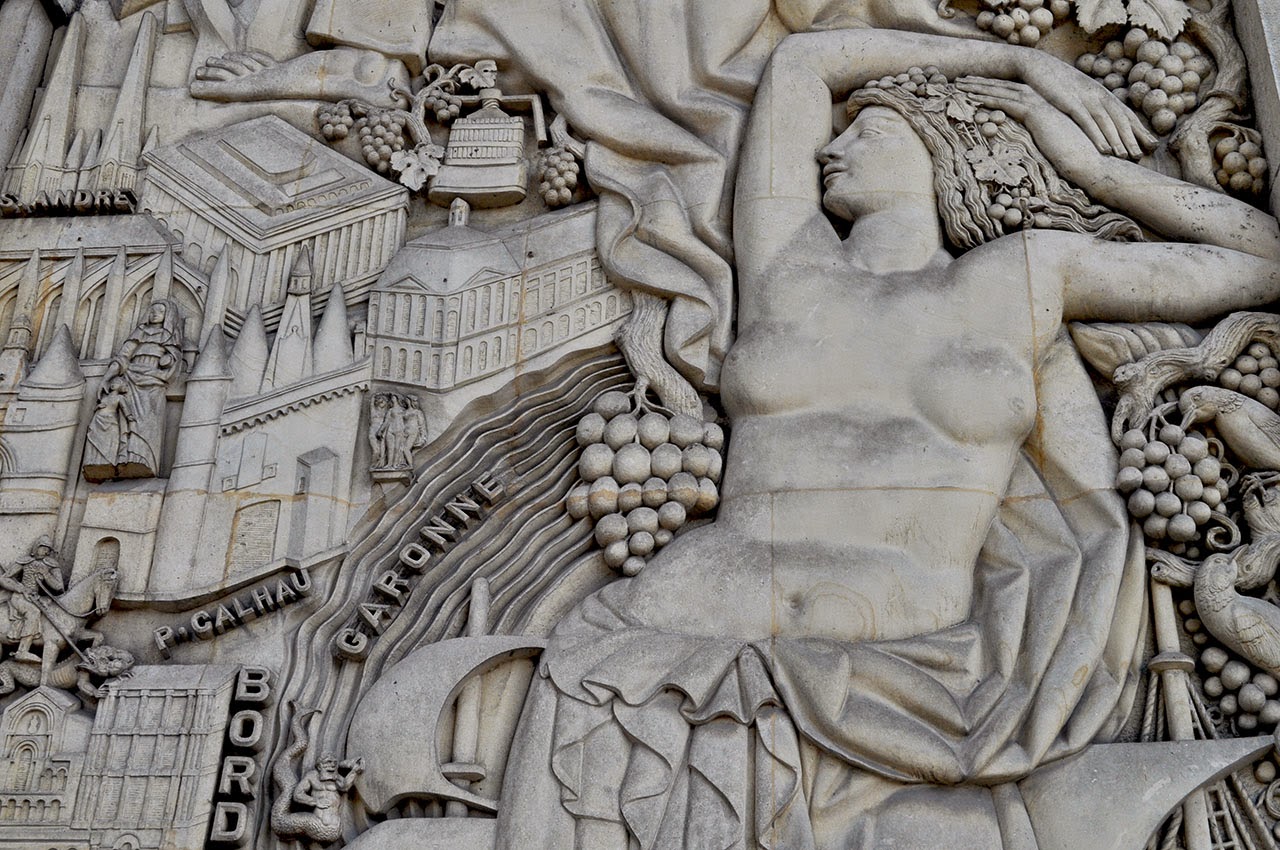 Carved from the stone slabs by Alfred Auguste Janniot (1889–1969) in under 2 years, deep under-cuts and richly textured surfaces create dramatic shadows and graphic visual rhythms. An abundance of exotic plant and animal life hold the compositions together while indigenous labourers and subsistence farmers toil mightily in land and sea. It’s a fantastic conceit from a time when France’s colonial project was still a subject of great national pride – an unquestioning celebration of subjugation and exploitation is expressed as a sanitised pictorial fantasy from which all the injustice, inequality, trauma and suffering has been omitted. Considered on its own terms in the light of contemporary attitudes, it functions as an essay in wish fulfilment, a comforting fantasy of social harmony and partnership between oppressor and oppressed. We may feel uncomfortable with the exaggerated sexualisation of the African figures but in the context of the time and place it was unexceptional and part of the visual vocabulary of the Art Deco era. To add to the notable mammiform wonders, the great colonial port cities of France are represented by bare-breasted voluptuaries, godesses of prosperity and symbols of economic dynamism (City of Bordeaux above). In essence it’s a richly tactile but illustrated building. It quickly paid off for Janniot, who within a year was invited to New York by the Rockefeller family to decorate the Rockefeller Center with a bronze allegorical relief symbolising Franco-American friendship. 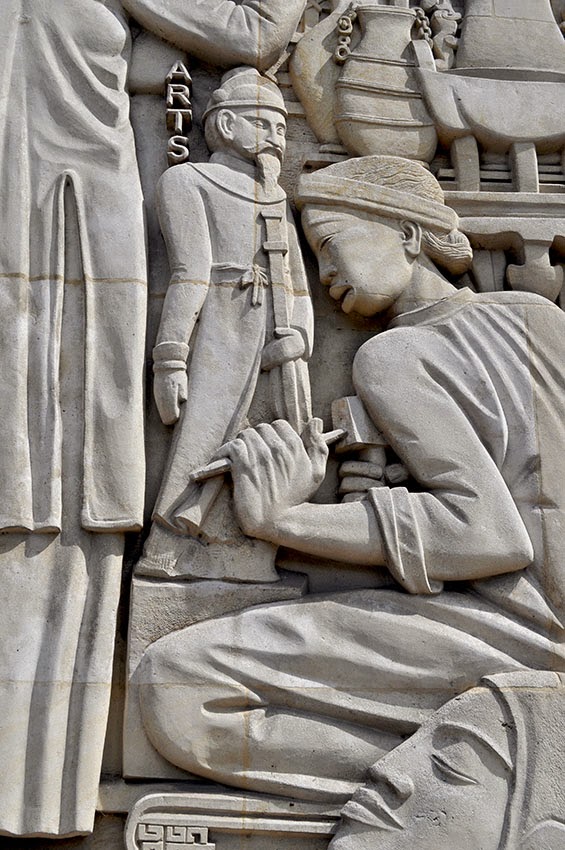 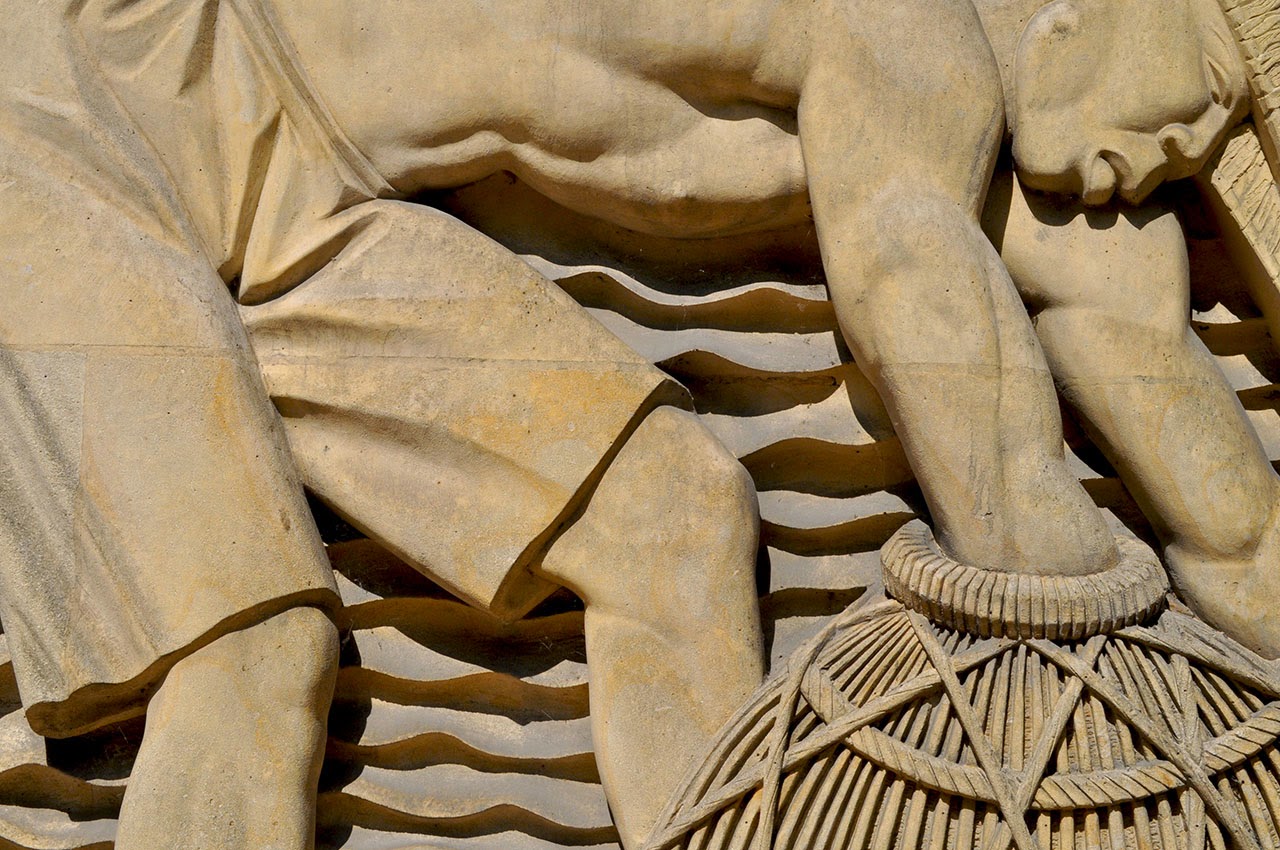 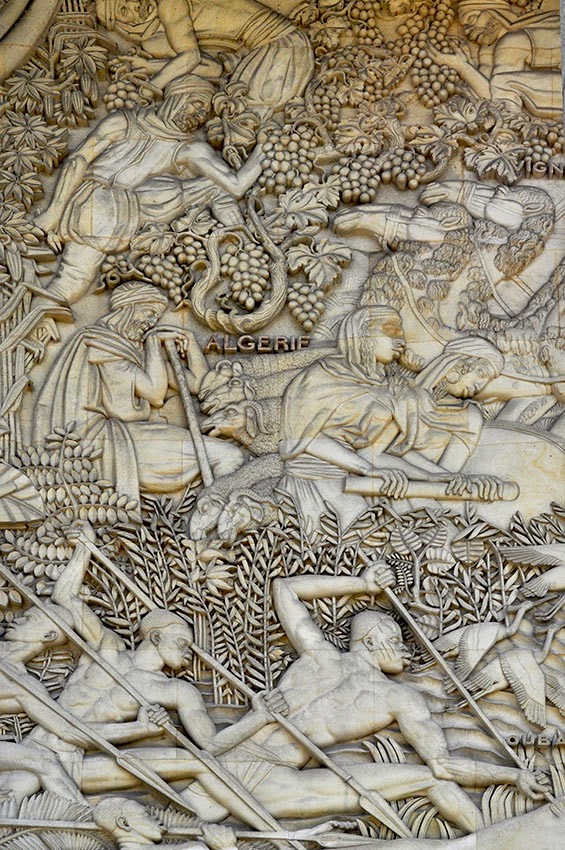 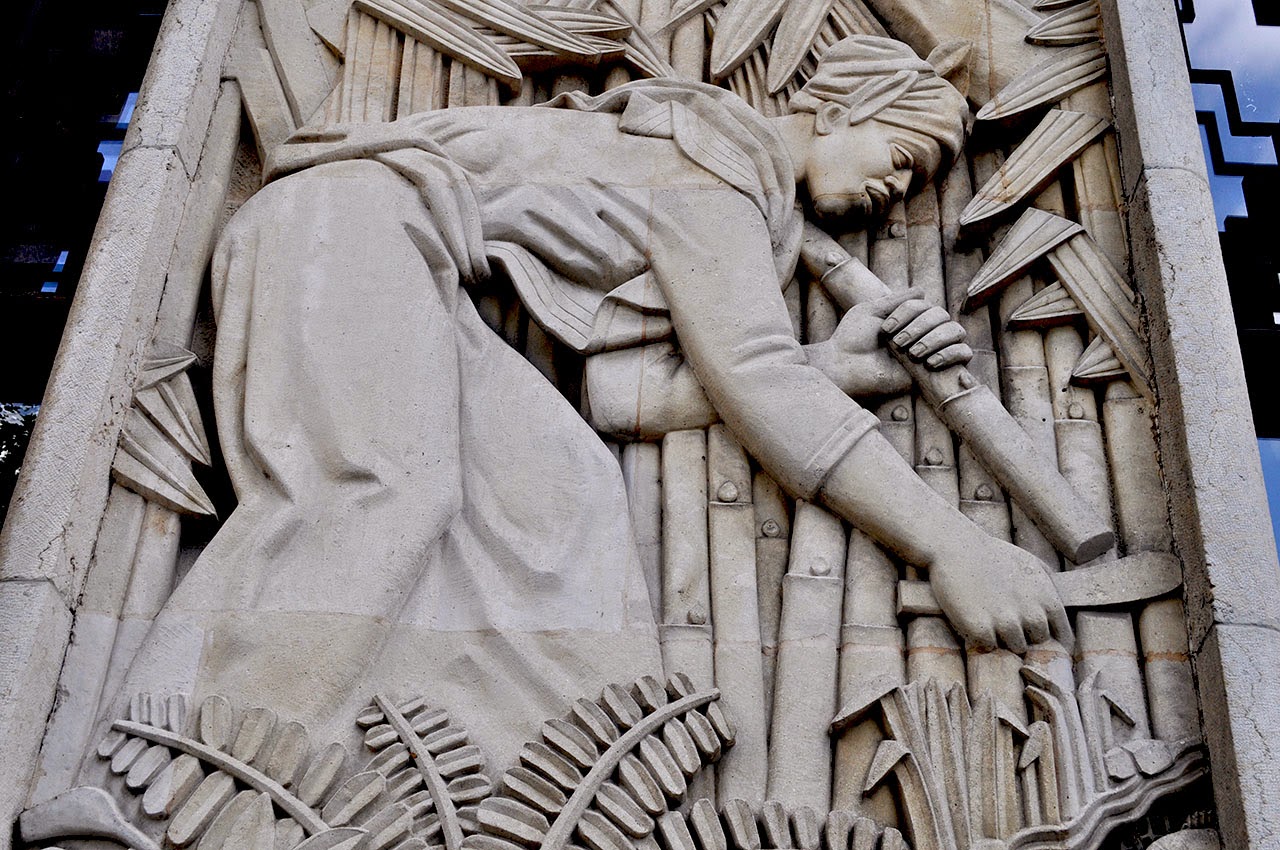 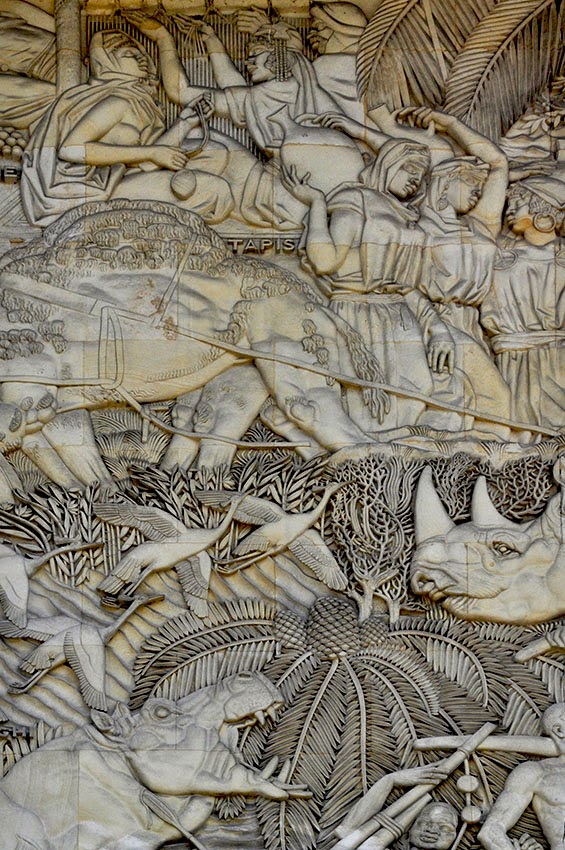 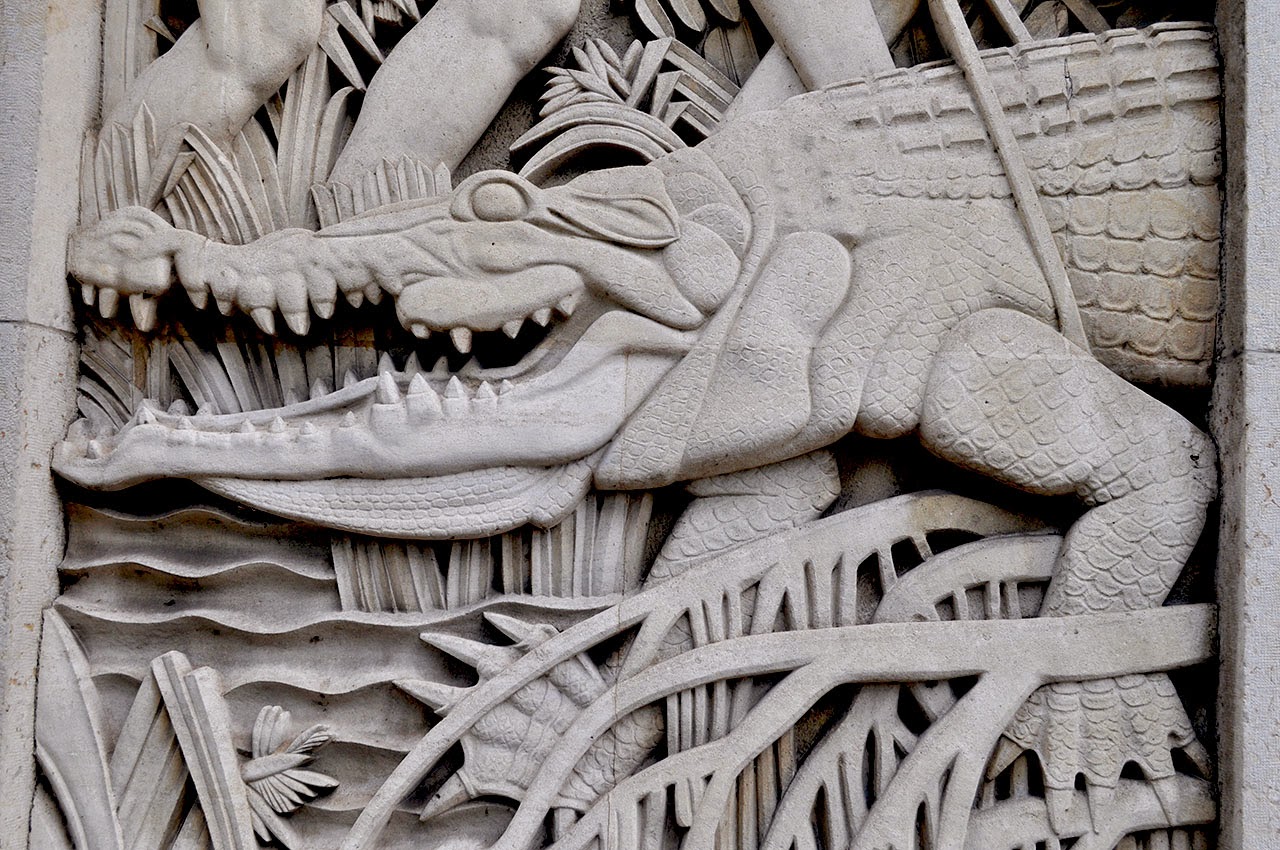 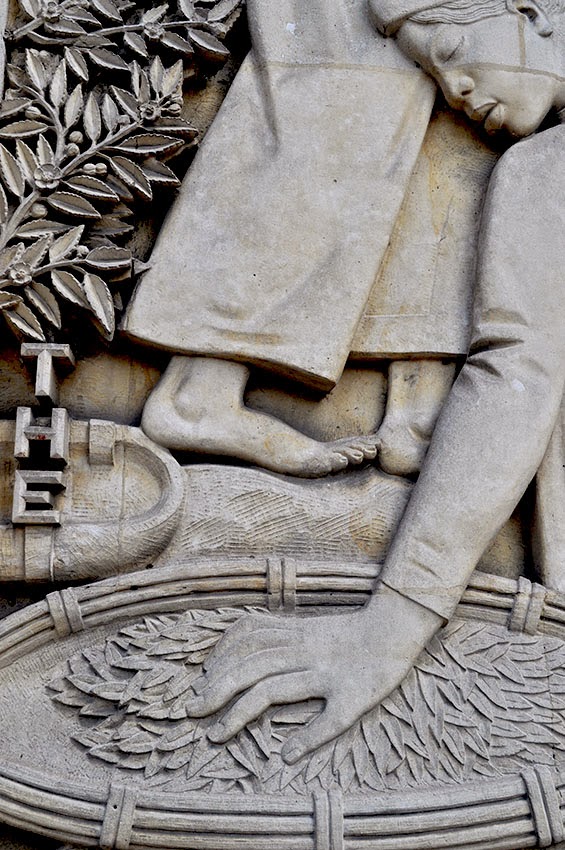 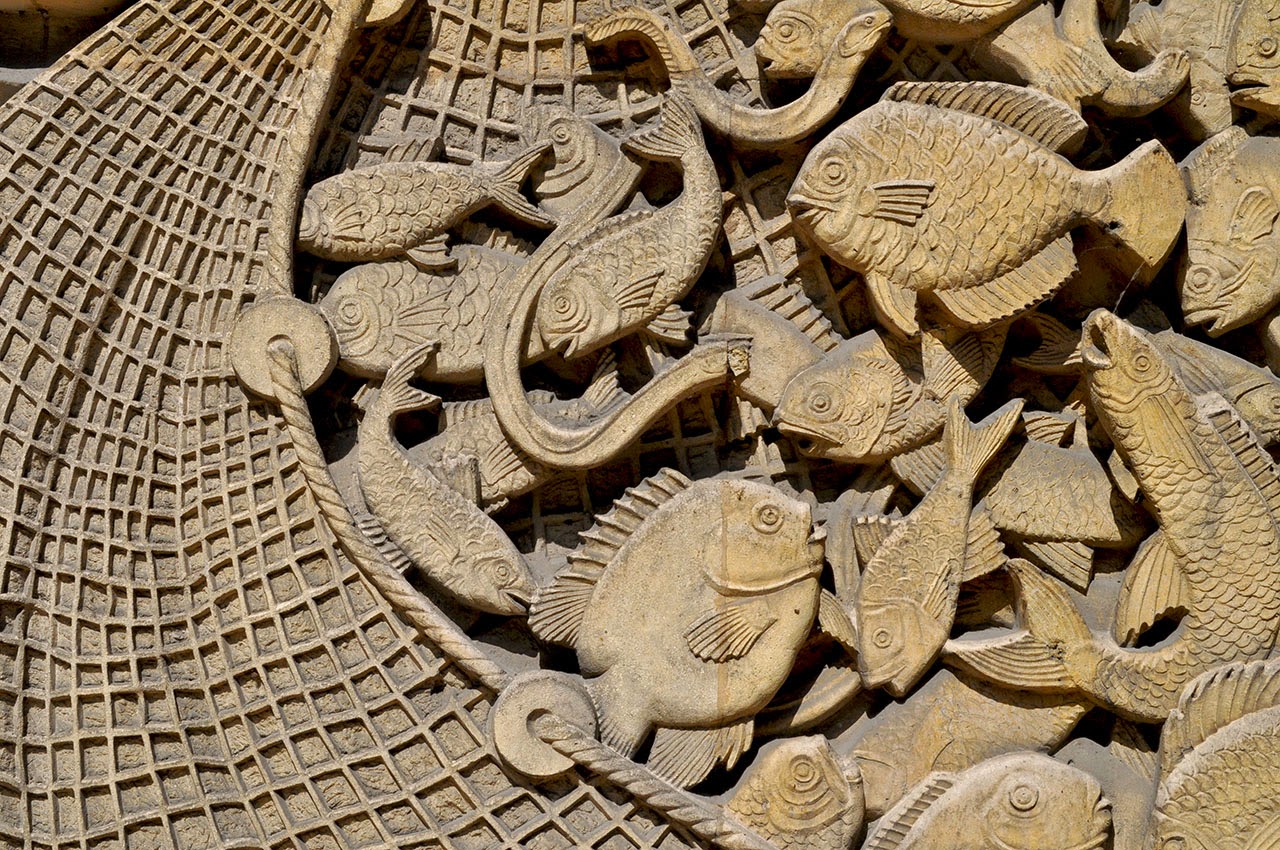 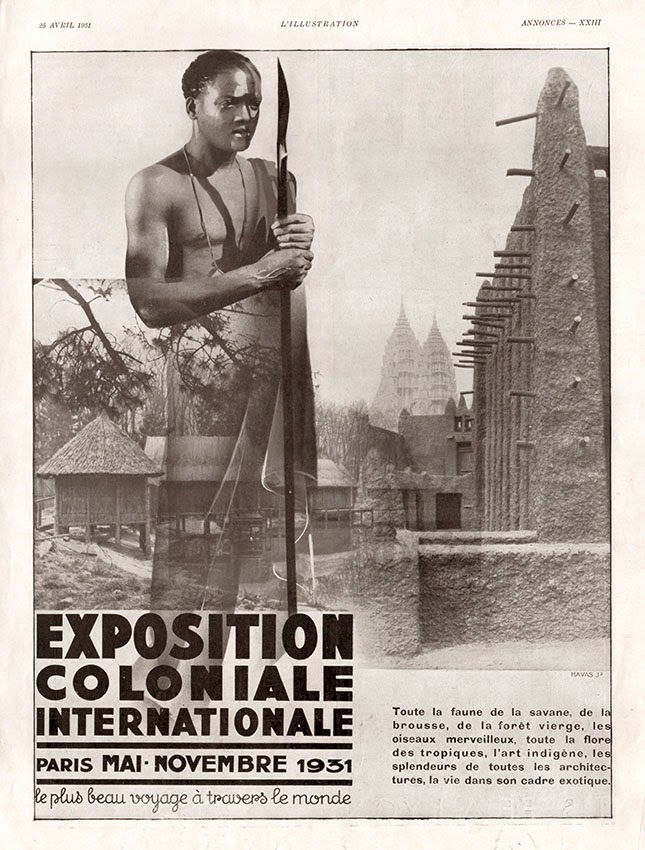