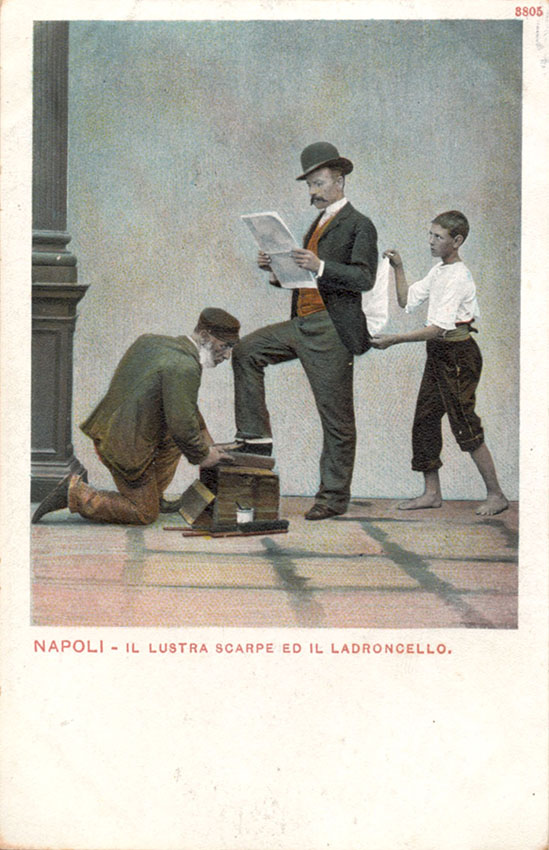 “Shining shoes and the little thief”, according to Google translate, which sounds just about right. A social tableau from the mean streets of Naples in which a pompous and negligent toff gets his comeuppance when a barefoot, slightly diffident scoundrel abstracts his silk underwear, or something very like it. It’s not uncommon for tourist destinations of dubious reputation to attempt to derive some advantage from drawing full attention to its social problems. In this case the postcard publisher re-stages an episode of petty crime in the hope of making a profit. The card shown below is a documentary record of shoe shining in the Levantine city of Alexandria. 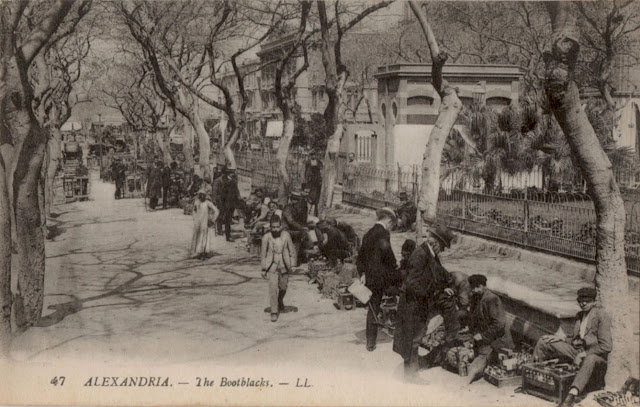