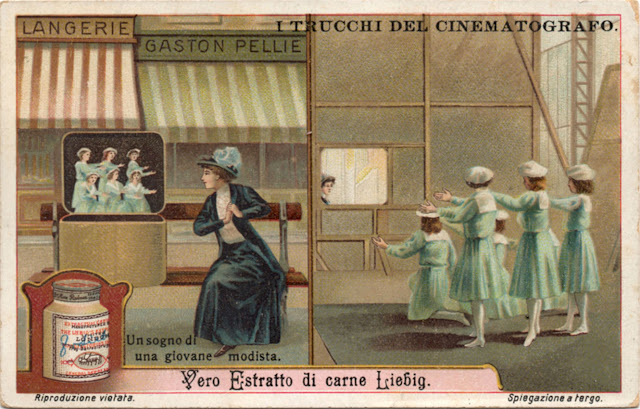 From its earliest origins the language of cinema has been all about illusion and deceit. These Liebig trade cards from 1913 reveal some of the ingenious tricks designed to fool the viewer into accepting an alternate reality. Moments of high drama and tension are improvised by solemn technicians with slender resources. A model train hurtles off a table top in a simulated disaster while a hit and run victim contemplates his severed legs with an indignant air. A primitive form of back projection is shown in a two part image that turns the picture space inside out. What look like giant gooseberries are pursued down the street. Finally we are shown how the illusory can be made complete by rotating the camera lens through 90 degrees. 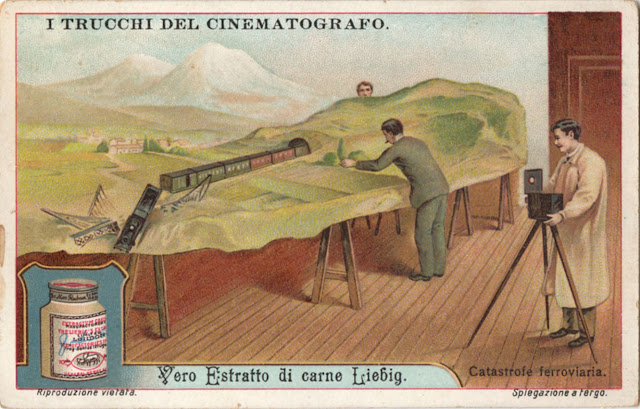 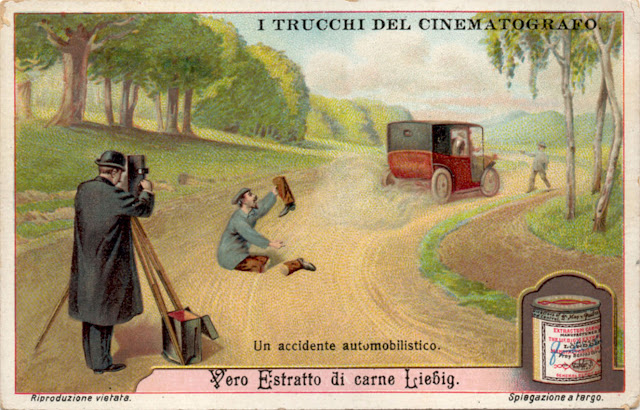 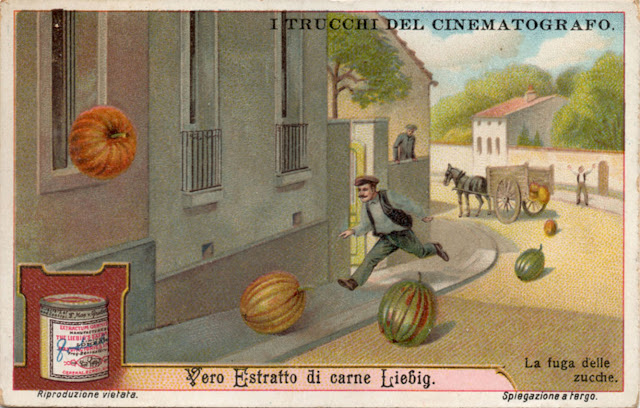 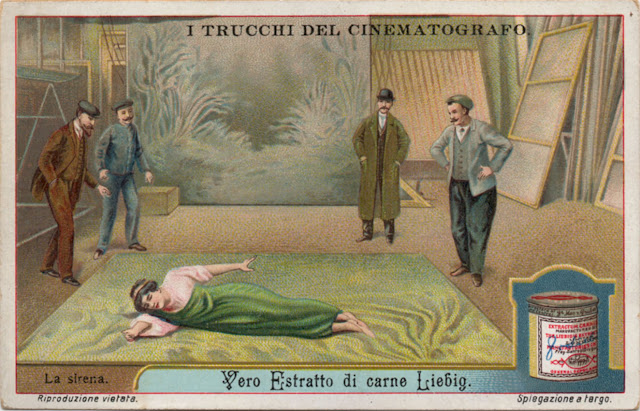 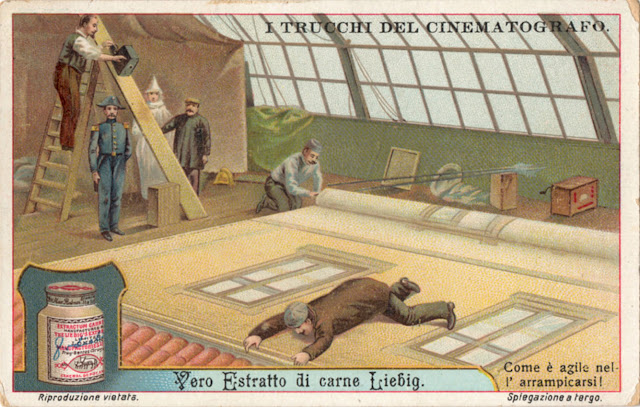