Postcard of the Day No. 89 – Hampstead Heath 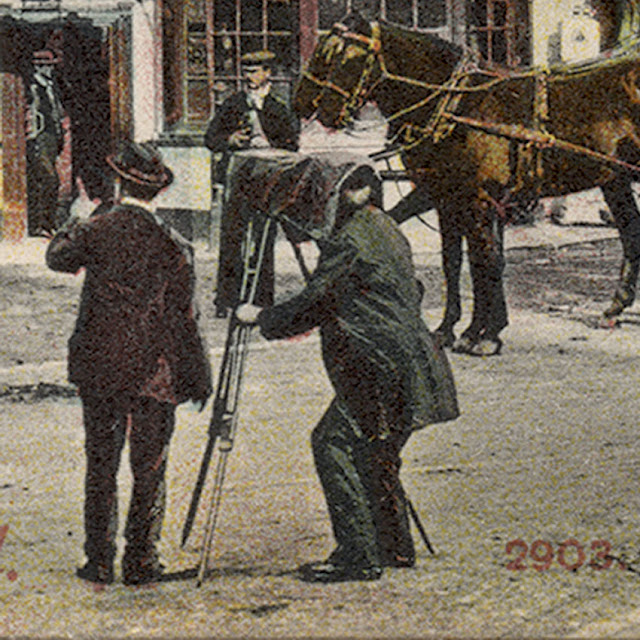 Today’s postcard jaunt takes us to the wide open spaces on the heights of North London. Hampstead Heath is a recreational space that somehow survived the threat of development as the Victorian city expanded along the trajectory of the tube lines. For working Londoners it offered a taste of the countryside within easy reach. As the 6 day working week became established, more and more workers and their families had the leisure to explore the Heath and patronise the large public houses to be found on the perimeter. 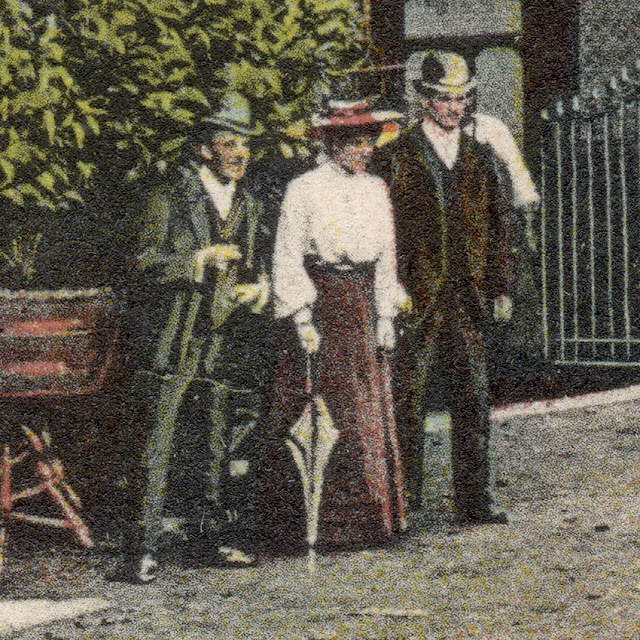 What makes this card special is the presence of another photographer in the right foreground recording a threesome posed on the left. It’s impossible to be certain that this was just a coincidence – photographers have always stage-managed their compositions. But it makes a pleasing self-referential moment. We are deep into Cockney-cliché land here – the Old Bull & Bush pub was immortalised in a music hall song by Florrie Forde. The song was fortuitously adapted from an American original, Under the Anheuser Bush of 1903 – sponsored by the St. Louis based brewers, Anheuser-Busch of Budweiser fame. When these cards were produced the pub was owned by brewers Ind Coope of Burton-upon-Trent, whose sign-painters had covered the premises in brilliant demonstrations of their expertise and command of exuberant Edwardian typefaces. 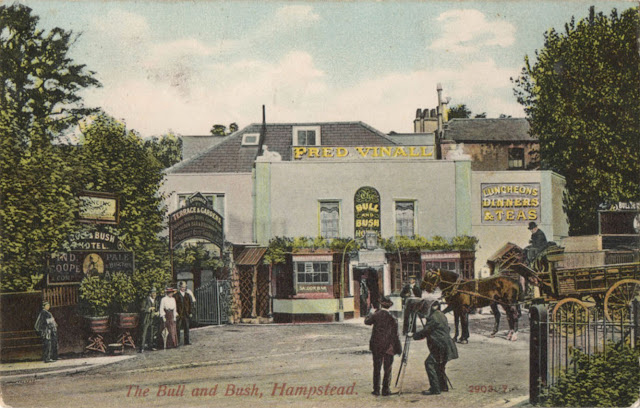 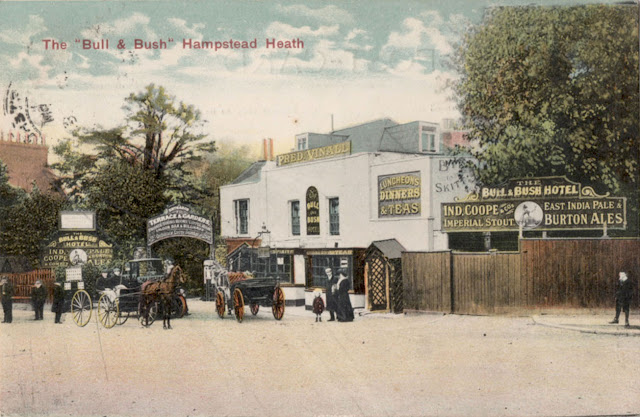