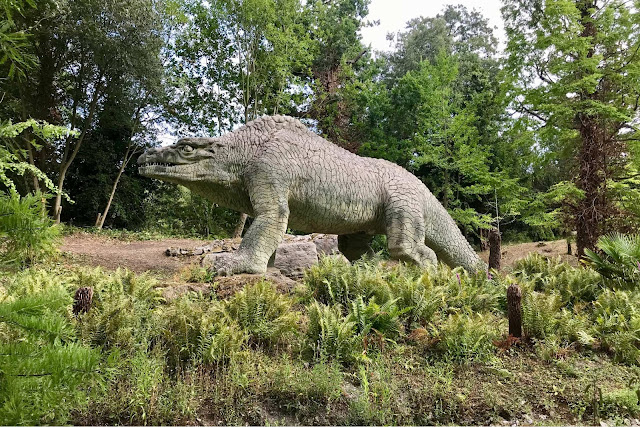 An unexpected pleasure in a South London park is to encounter these replica dinosaurs posing on their island enclosure. When Joseph Paxton’s Crystal Palace migrated from Hyde Park to Sydenham Hill, the area was greatly remodelled and the dinosaur display was one of many new ancillary attractions in what would become Crystal Palace Park. It was a great mid-Victorian project that rested on the popularity of palaeontology and the discovery of ever more exotic fossil records. At the same time it was conceived to meet the Victorian public appetite for bizarre attractions, making for a perfect combination of high mindedness and sensationalist entertainment. 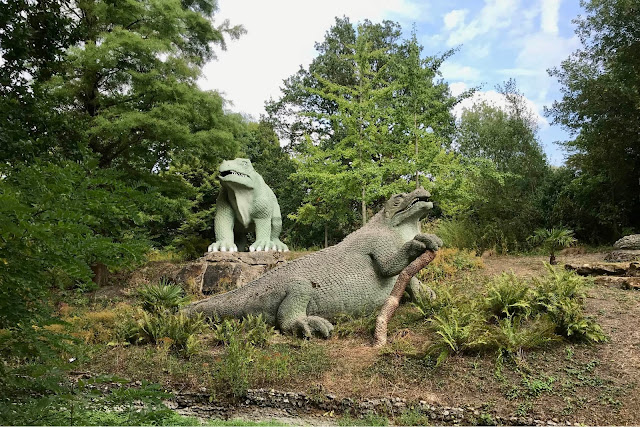 The task of design and construction fell to Benjamin Waterhouse Hawkins. Drawings were produced in consultation with scientific experts and manufacture took place in Hawkins’s Sydenham workshop illustrated here. The figures were cast in concrete using moulds derived from original clay models. When complete they were installed on a string of three islands and following a celebratory dinner hosted by Hawkins in the interior of the Iguanadon, opened to the public in 1854. The public imagination was instantly captured and has remained so to the present day. 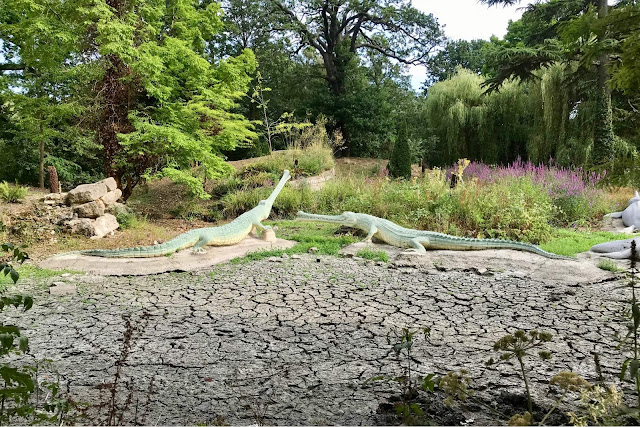 Conservation is a massive challenge and the most recent efforts in 2003 and 2016 brought much needed improvements. Since 2007 the site has been protected by a Grade I listing from Historic England. A community-led charitable trust (Friends of Crystal Palace Dinosaurs) has brought fresh energy to ensuring long term survival since its formation in 2013. Their latest project is the construction of a bridge which will enable guided visits much closer access (under supervision). It seems the funding is in place to achieve this in the near future. 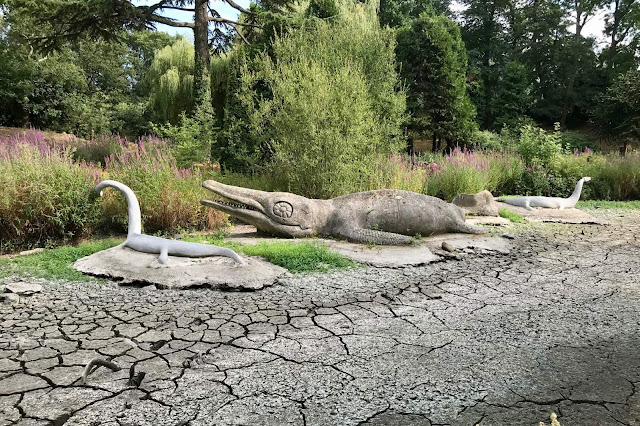 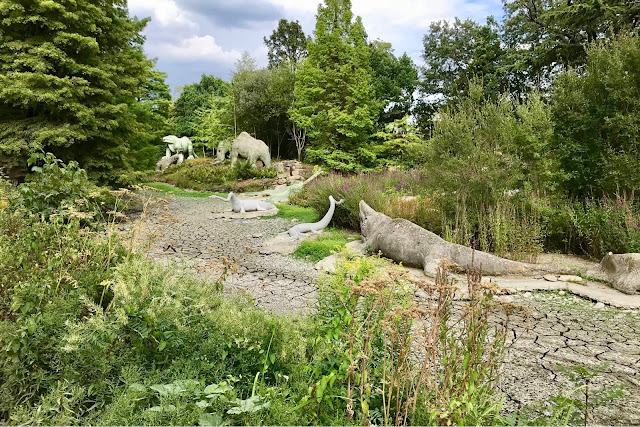 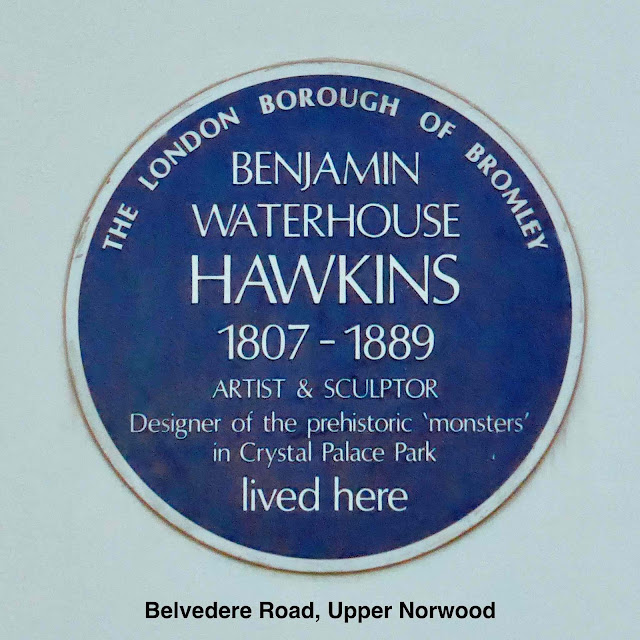