Postcard of the Day No. 96 - Kentish Hop Pickers 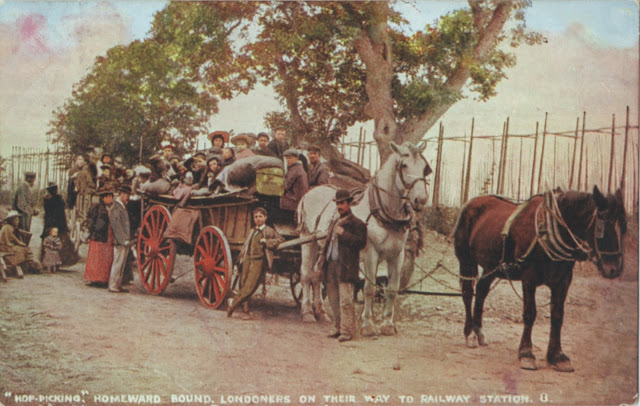 The Kentish Hop Pickers formed a migrant labour force who travelled south from London to gather the seasonal crop every summer. Special trains run by the London, Chatham and Dover Railway would deliver entire families to the hop fields and the event was a major milestone in the working class Londoner’s calendar. Others would make the journey on the back of a lorry, piled high with bundles of bedding, pots and pans, and associated paraphernalia for survival in the Kent countryside. For many it was their only experience of rural life and a rare exposure to unpolluted air. Newspapers and magazines would record the event in a tone of sentimental familiarity, portraying the hop pickers as cheery ruffians, stout of heart and spirit, and always ready with a Cockney quip. Some typical press coverage can be seen here on the British Library blog. Postcards were produced in great numbers and presented a rare opportunity for the workers to be in front of the camera and see their likenesses mass produced for sale to the public. Pathé News cameras were often on hand to record the great exodus and the heartwarming spectacle of the labouring classes doing their bit for the nation’s beer drinkers. 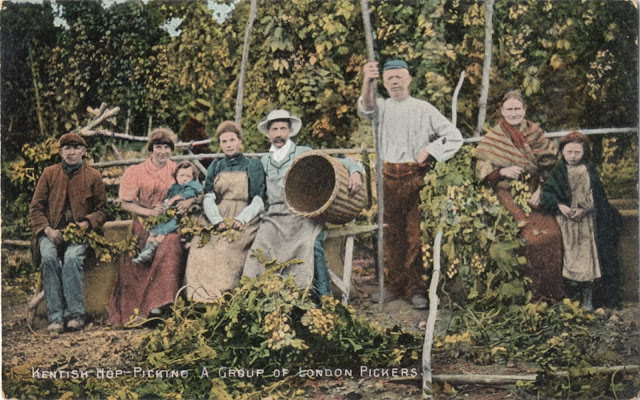 In the postcards we see the full age range of the workforce from grizzled grandparents to babes in arms. Only a handful of children and young women defy tradition and go bare-headed - every man of working age shelters under a flat cap, a sun hat, or a bowler. The only collars and ties to be seen are worn by the Tallyman and his assistant whose job was checking and weighing the hop baskets. Some groups are posed with great solemnity, their faces frozen and devoid of expression - elsewhere, in less formal groupings, we get a sense of individual character and personality, some look exhausted while others look relaxed and cheerful. Most surviving participants, by now well past middle age, look back with fondness, recalling an exhilarating sense of exchanging the routines of city life for weeks of adventure in the great outdoors. These are the voices of those who took part as children - the views of those who laboured in the fields may well have been different. 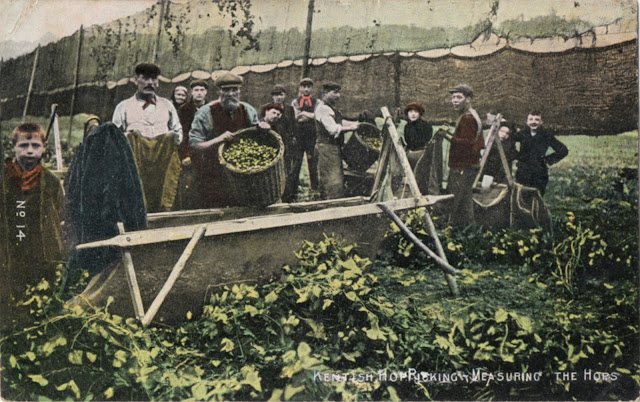 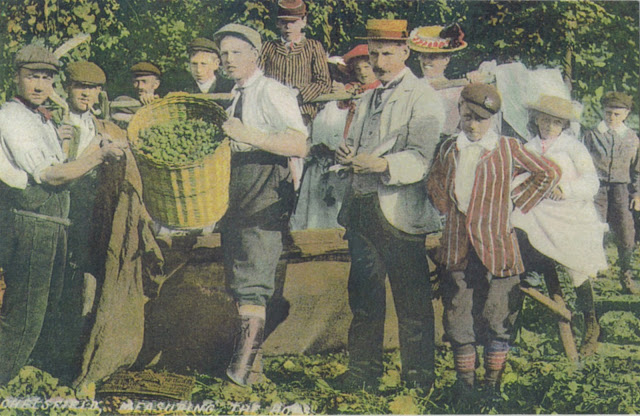 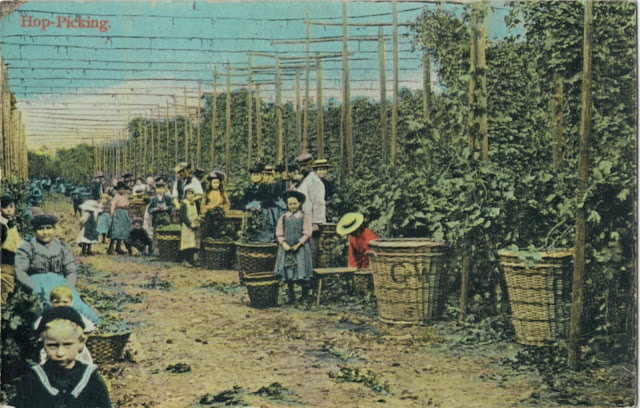 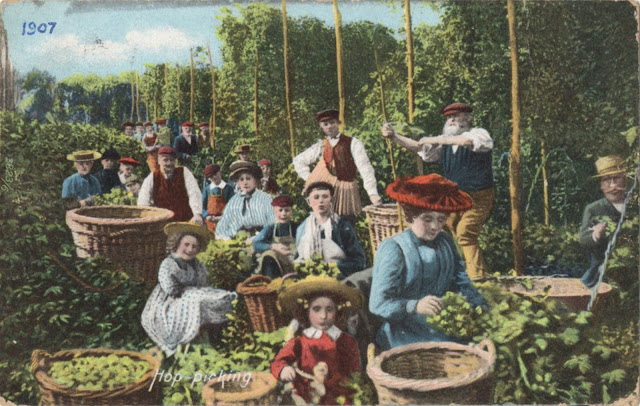 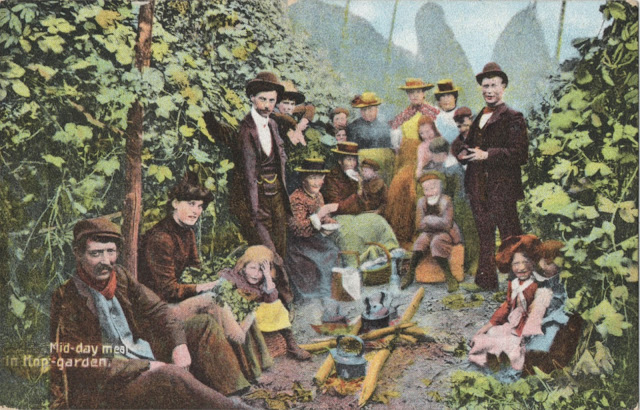 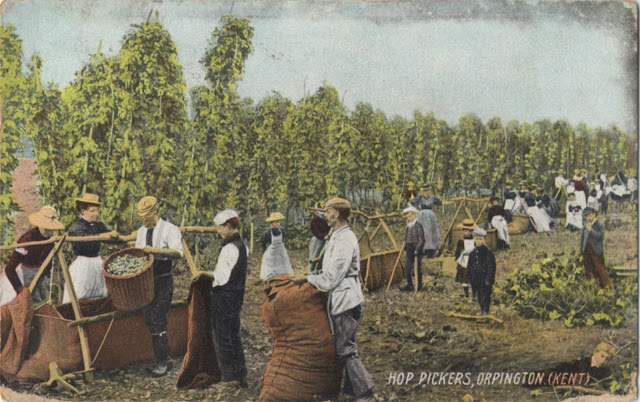 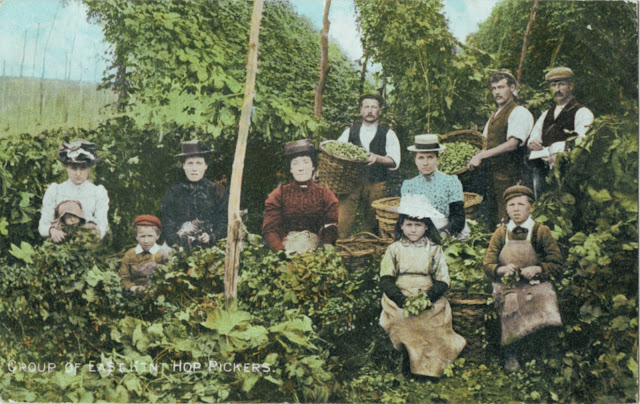