The Factory in Postcards 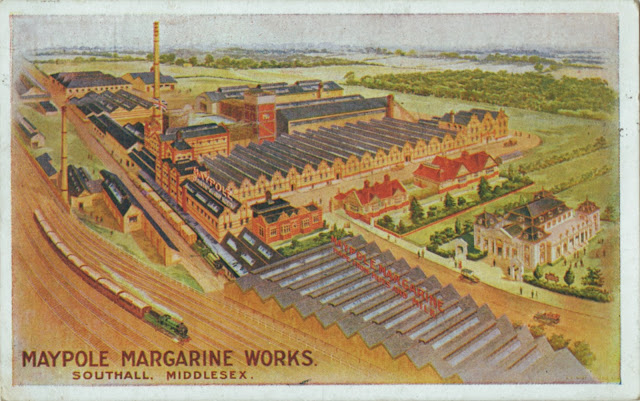 When I grew up in the 1950s factories were everywhere. Large and small, in city centres and outer suburbs, alongside railways and arterial roads, mostly of vintage construction, they were impossible to avoid in the North East England of childhood. The industrial presence was greatly amplified by legions of coal mines, coking works, steel mills, chemical processing plants, shipyards and breweries. There were factories making toffees and boiled sweets, glassware and pottery, lemonade and potato crisps, turbines and tyres, and clothing and furniture. Clouds of sooty vapours streamed into the upper atmosphere from thousands of pipes, valves and chimneys. Beaches were black with coal waste dumped at sea and promptly washed back to shore. Through the eyes of a child, this was just the way things were and the entire spectacle could be transcended at nightfall when the serial radiance of a chain of blast furnaces was observed from a passing train or a blazing “Fighting Temeraire” sunset colourised the multiple emission plumes. These intense visions of the industrial sublime left an after-image that still resonates after all this time. 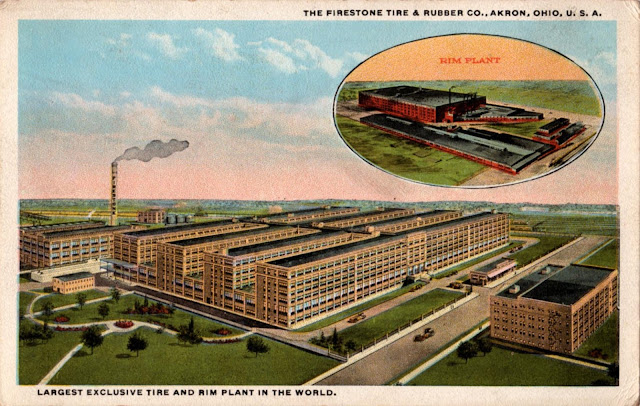 Many of these postcards feature what rapidly became the favoured aerial view of factory premises extending to the far horizon that would be endlessly reproduced on company letter headings and advertising. Every smoking chimney was proudly delineated in all its pomp while vast railway networks brought raw materials in and finished products out. Designed to impress by virtue of scale, this approach to the visual representation of industry persisted for many decades. It took the post-war emergence of new technologies, early automation and data processing, together with the trend for green field garden factories to change this stereotype. Factory buildings became standardised designs and modular structures - efforts to develop their potential as architectural forms were rare. Honourable exceptions to this include the idiosyncratic Johnson Wax Buildings in Racine, Wisconsin, designed by Frank Lloyd Wright in opposition to the auto industry buildings of Albert Kahn in Detroit, whose mastery of reinforced concrete, large floor spaces uninterrupted by structural supports and installations of vast areas of glazing achieved their grandeur by repetition of form. The theme of this post is to illustrate how the postcard became a valuable instrument for publicising industrial activity to a wide audience. Detailed consideration of factory architecture can be left to another time. 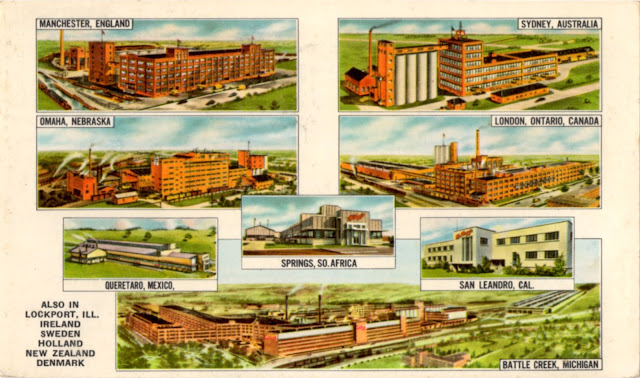 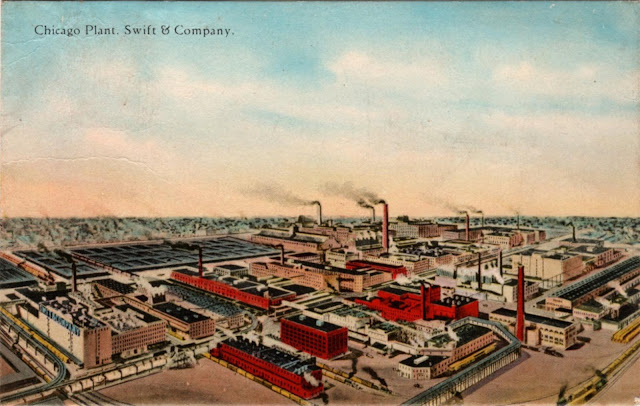 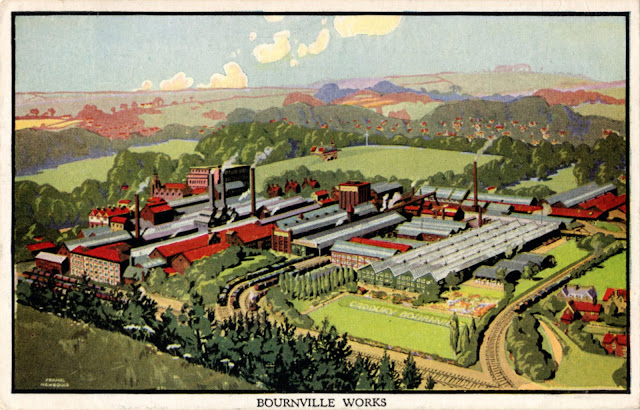 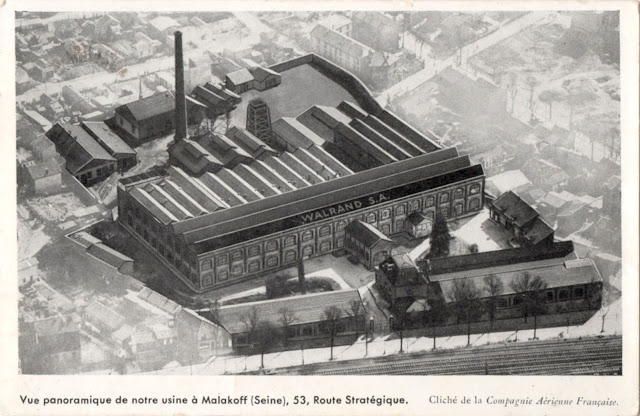 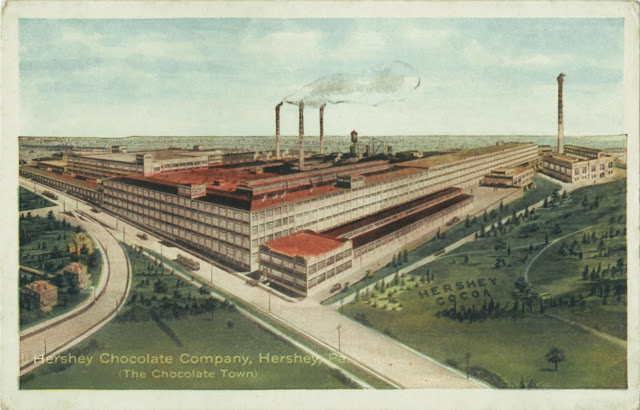 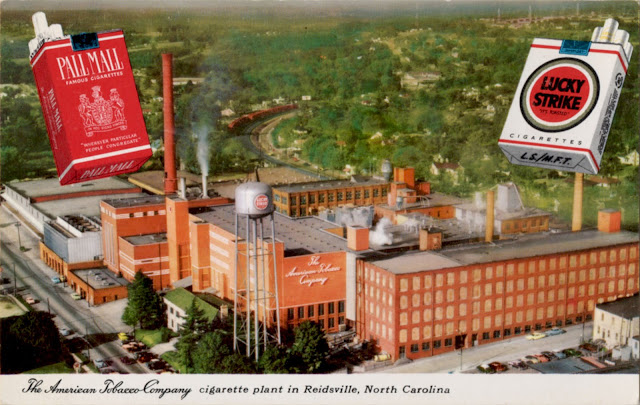 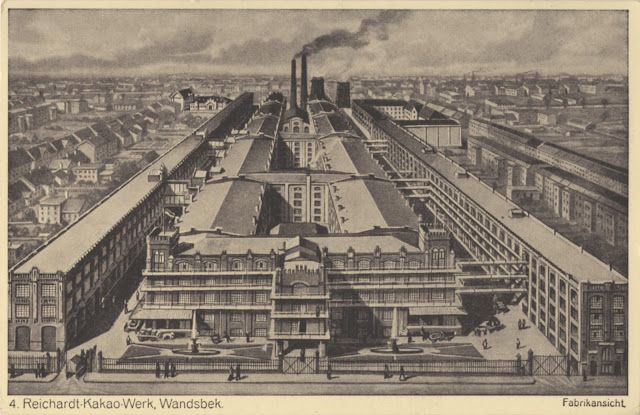 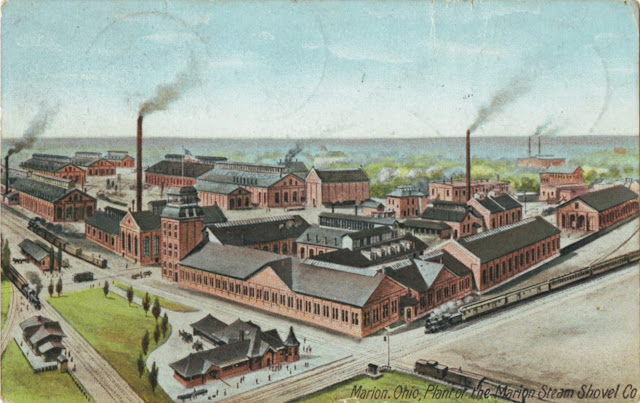 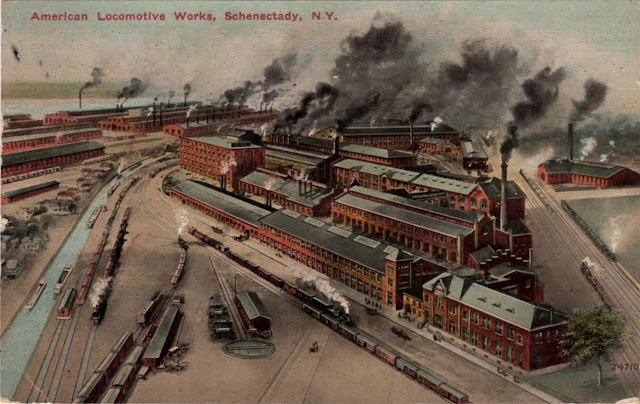 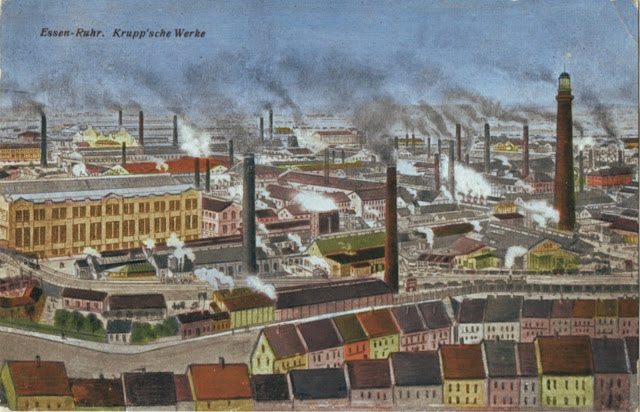 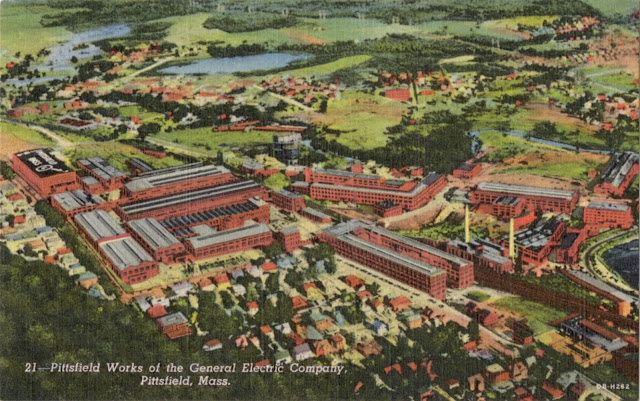 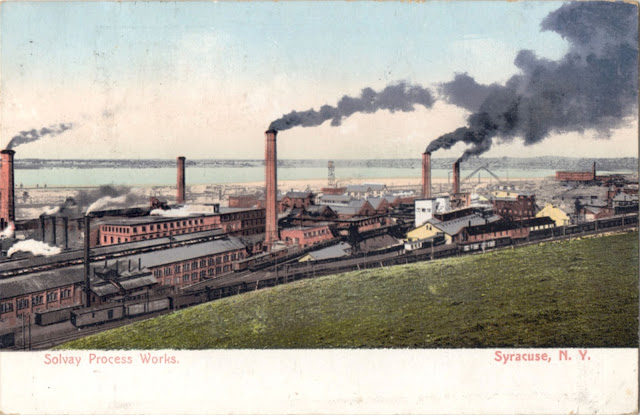 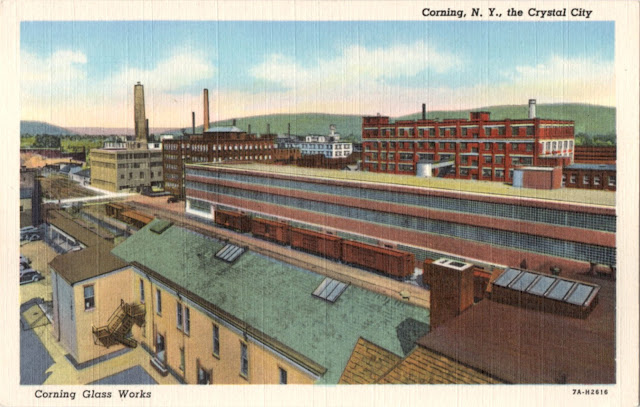 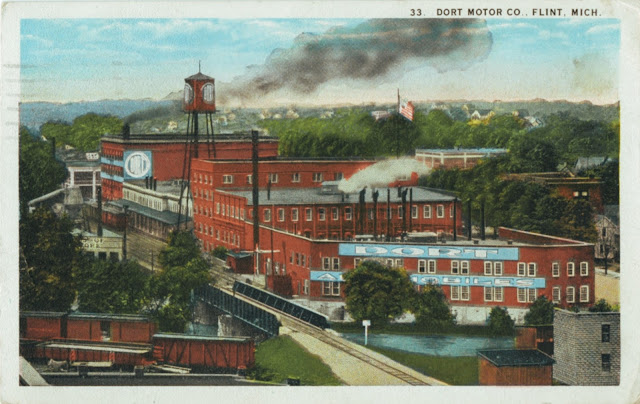 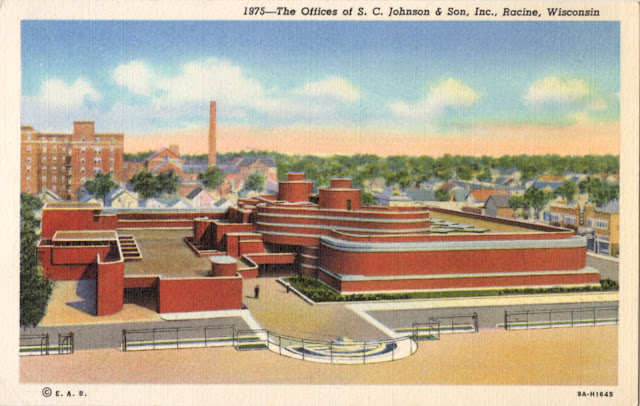 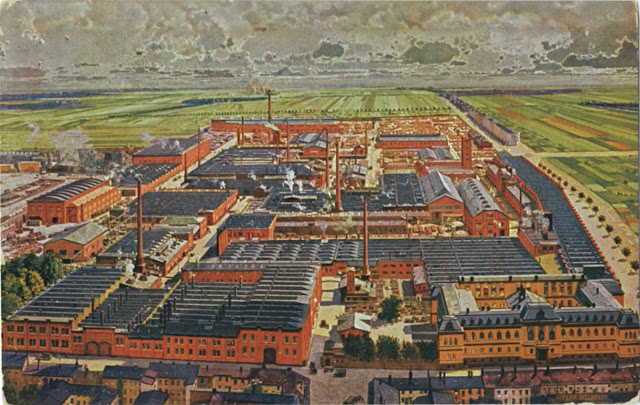 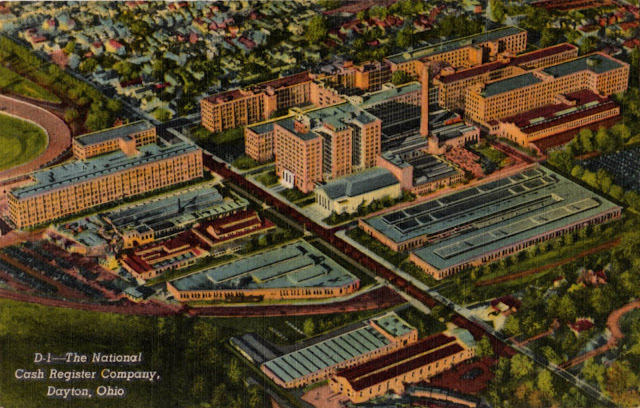