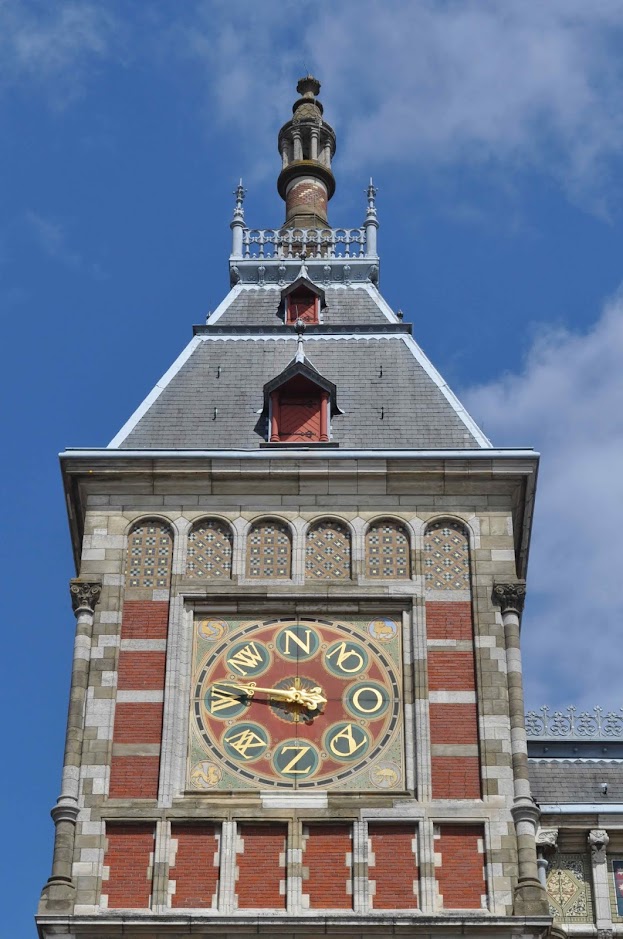 Amsterdam Centraal station is widely admired for its extensive frontage designed by Pierre Cuypers in the same eclectic mix of Northern Renaissance and Gothic styles that graced his design for the Rijksmuseum. It stands on a small chain of artificial islands in the Ij and when originally planned in the late 1870s it aroused fierce opposition in the city because it would completely block all much loved views of the lake from the city centre.  In an exercise of force majeure the government imposed its plan, compelling the city fathers to bow to the inevitable. When the building was completed in 1884 the city was transformed from a waterfront city to one that looked inward for its centre of gravity.  The massive cast iron train shed that sheltered the platforms was designed by L J Eijmer, a civil engineer with the state-owned railway, built in Derby by Andrew Handyside and finally opened to passengers in 1889.  Additional platforms were added in the twentieth century but the building is substantially unchanged from that date. 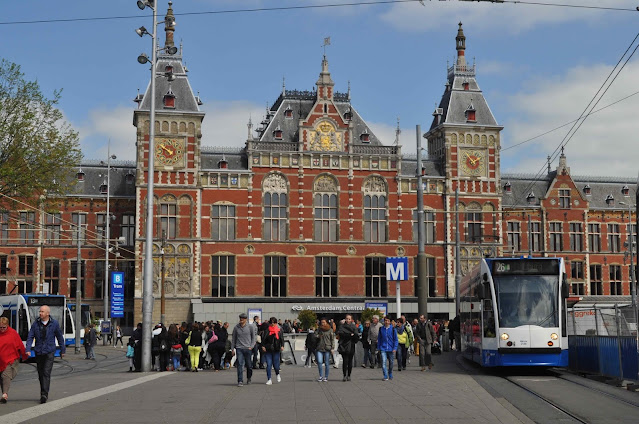 The station entrance is an ornamented pavilion flanked by two clock towers, one of which displays the wind direction. Heraldic devices, gilded crests and hand-carved decorative panels near the base of the towers and over the centrally positioned windows offer a rich variety of visual distraction. As elsewhere in Europe at that time, there was a nationalistic flavour to the decor with the mercantile splendour and colonial triumphs of the state celebrated in allegoric form, although there is more evidence of restraint than we see, for example, in Antwerp.  During the war, Jewish deportees from the Netherlands began their long and arduous journeys to death and extinction at the hands of the Nazis from these platforms. Best known among them being Anne Frank whose personal journey began in September 1944.  These terrible events cast a long shadow over many major European stations that will last as long as they do. 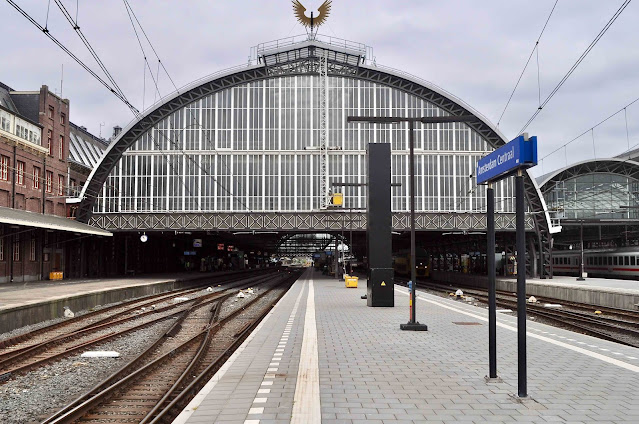 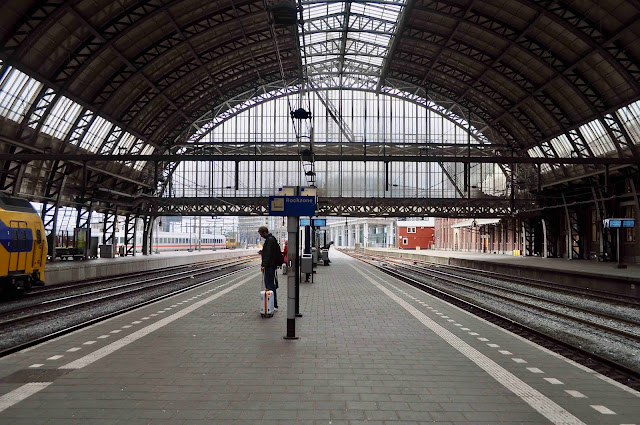 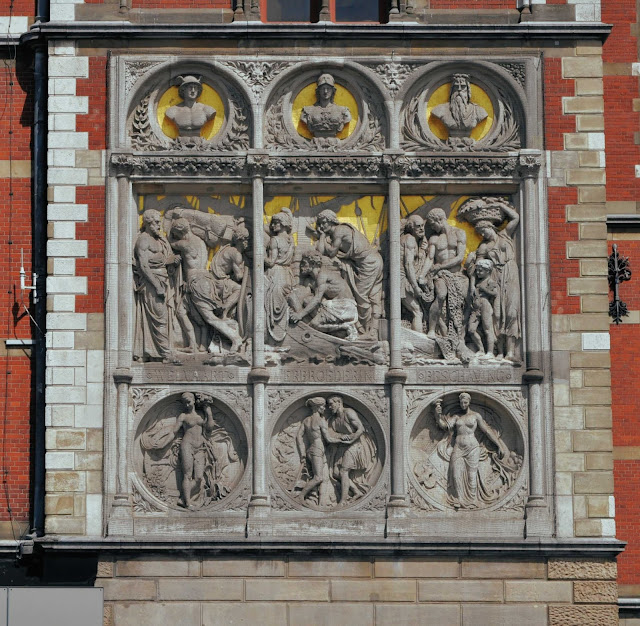 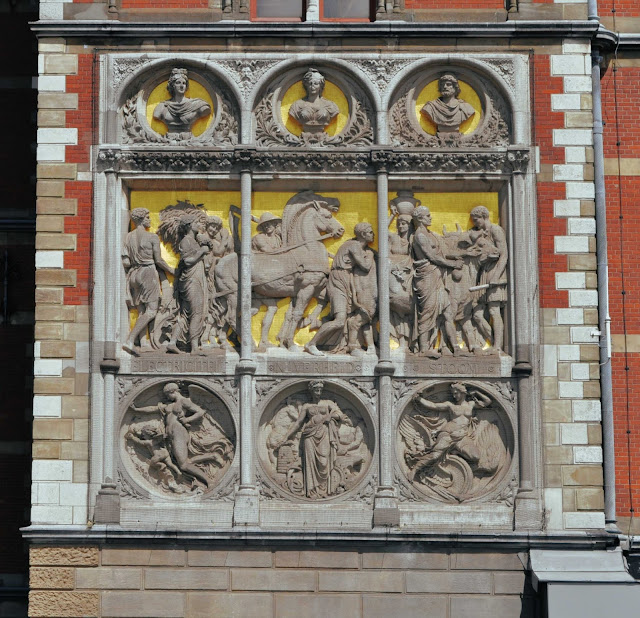 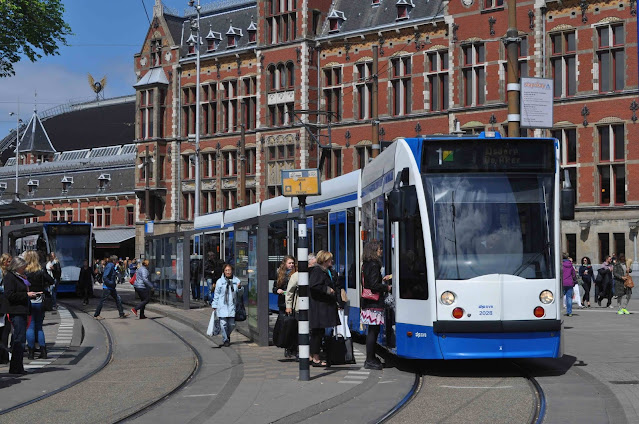 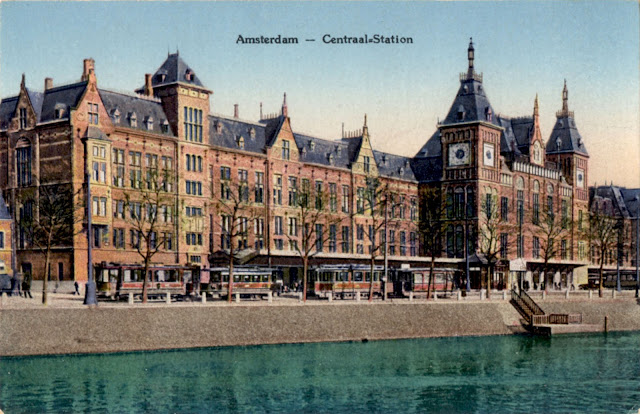