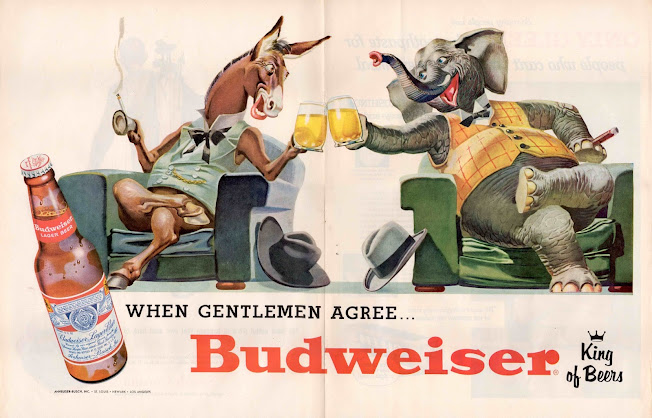 While we wait and see whether the POTUS will concede to the PEOTUS these ads from the 1950s are a reminder of a time when America was perceived as a less divided nation.  Advertisers felt comfortable portraying the election as a civilised airing of differences in a comradely tone, free of excessive animosity.  Some political analysts theorise that American political discourse travels between extremes of relaxed consensus and angry division in cycles of about 50 years.  It’s not especially comforting or convincing. Some believe Nixon set the present direction of travel, others claim that honour for Reagan.  The consumer paradise of the 1950s is held up as a time when the political temperature was at its most equable - yet it was also a decade of resistance to racial justice, cold war paranoia and anti-communist hysteria culminating in McCarthyite witch hunts. Not the best example of an era of consensus. Get a flavour of the time in William Randolph Hearst’s intemperate diatribe on the Red Peril.  Take a stand with the Electric Light and Power Companies in resisting the insidious onward march of Socialism and the plot to destroy America from within. 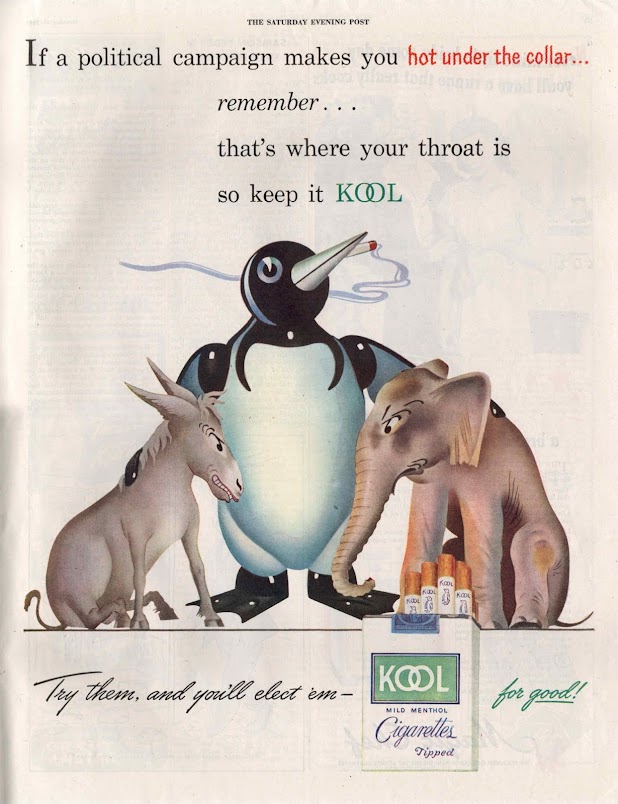 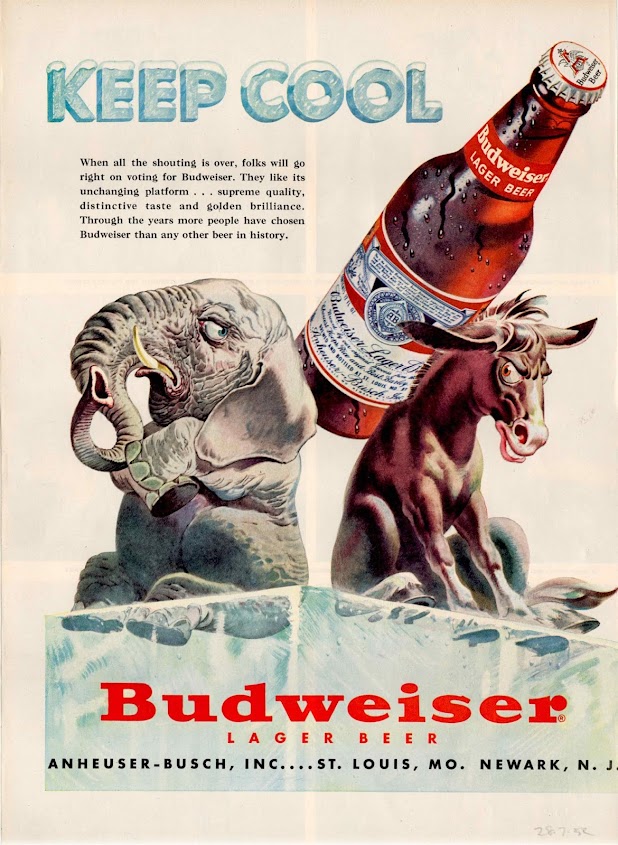 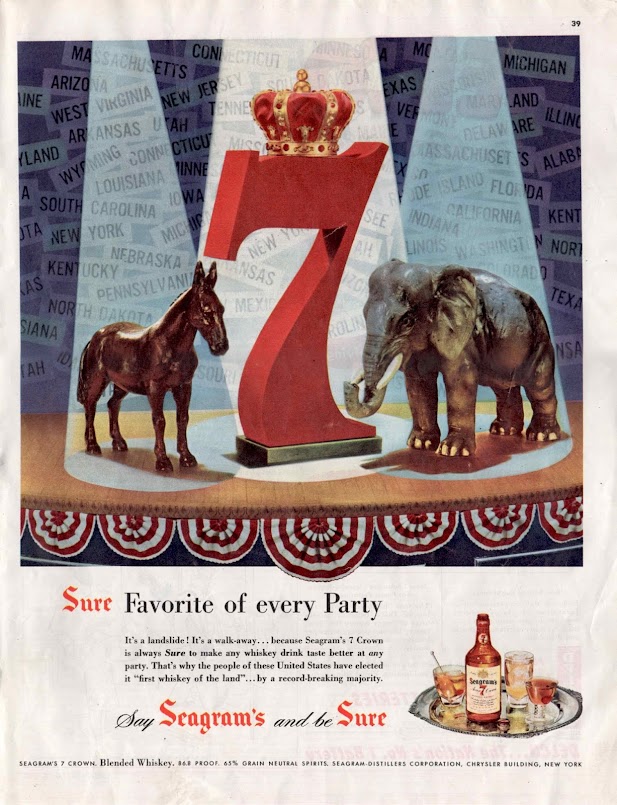 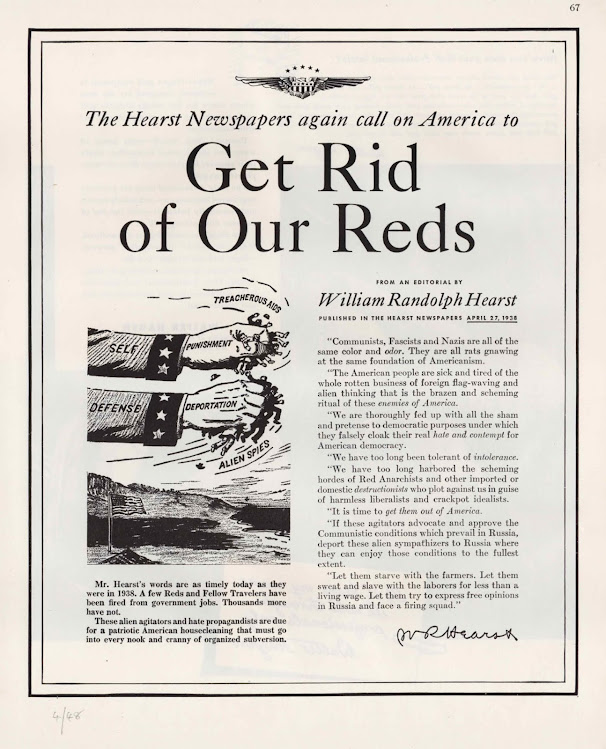 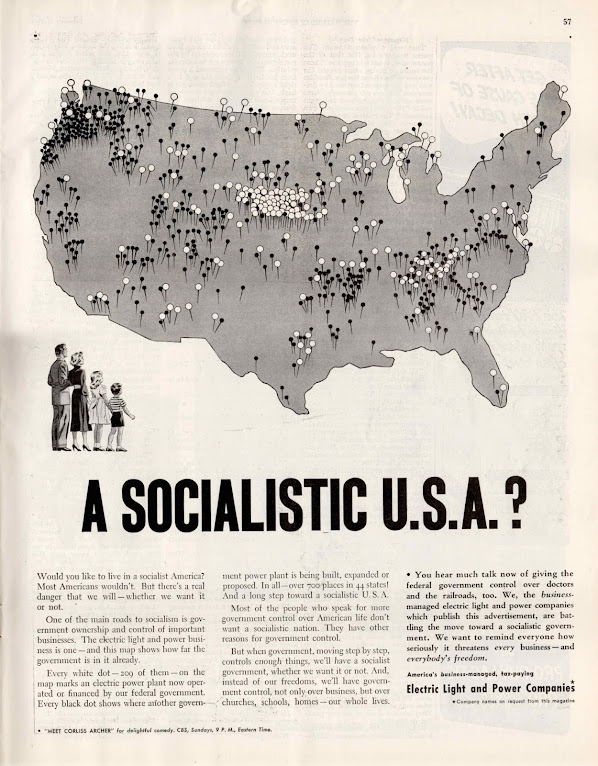 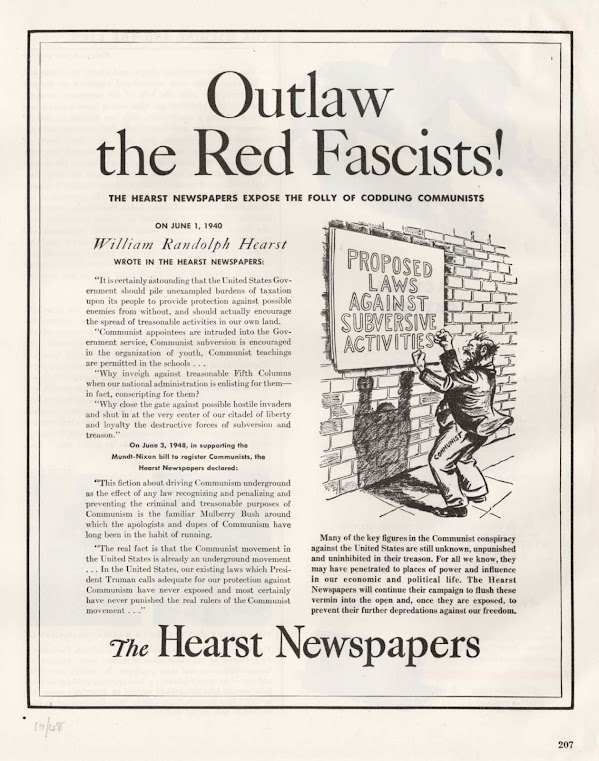 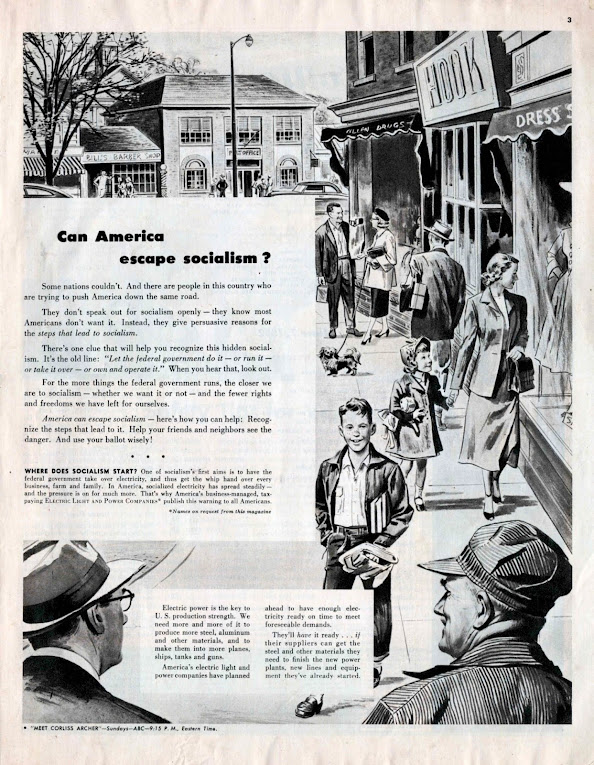