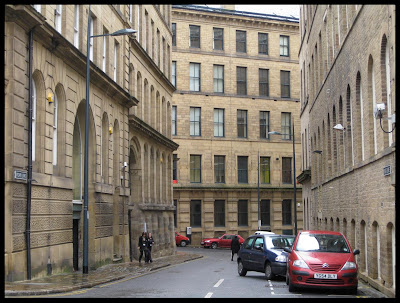 According to Asa Briggs (in Victorian Cities) Bradford's 19th. century trading community was more cosmopolitan than Leeds and by 1861 there were 65 foreign worsted merchants active in the city. The majority were of German origin and between 1855 and 1890 they developed an area of substantial warehouses and office blocks that became known as Little Germany. A compact area of land on a steeply sloping site close to the Cathedral to the east of the city centre was chosen for its proximity to the city’s main railway stations. Many of the buildings, which typically have 4 or 5 storeys, were designed by local architect, Eli Milnes (1830-1899). 85 of the original buildings survive, of which 55 are now listed. The entire district has been regenerated over the last decade with cleaning and restoration of all the major buildings. The density and mass of the development combined with the sloping site and the modified grid plan make for some interesting perspectives. There is a coherence about the layout and a consistency of scale and design details that give a Germanic feel to the district, despite being mostly designed by Yorkshire architects. Overcast and wet conditions contributed to the quality of the experience and the soft uniform light disclosed many details that on a sunny day would be concealed by shadows. 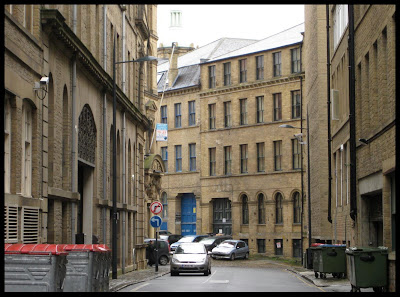 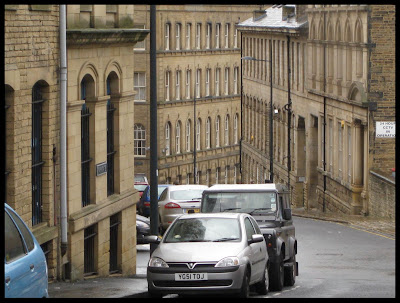 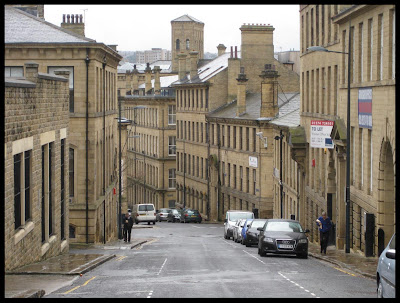