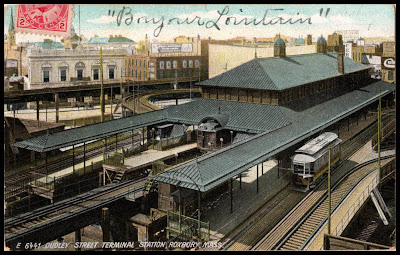 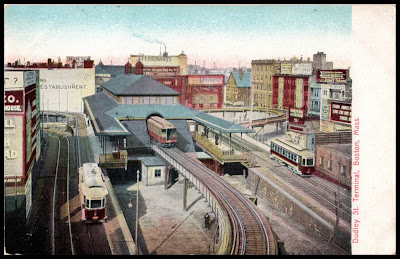 Two postcard views of the multi-level Dudley Street Terminal in Roxbury showing the tracks of the Washington Street Elevated with streetcar loops at either side and at ground level. A model-makers dream captured from north and southbound directions. Most has been swept away in recent decades but the central section has been adapted for use as a bus depot and appears to retain some of its former distinction. 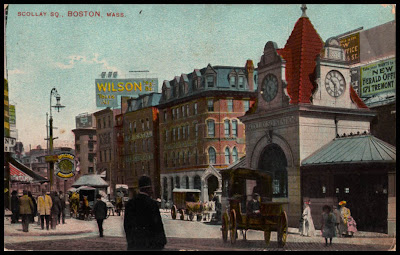 The story of Boston’s subway is complicated and anyone interested can read about it here. The Scollay Square station shown here was opened in 1898 and after much rebuilding is now known as Government Center. The Tremont Street Subway, the oldest in North America connects it with the location of our last card, Park Street station. This composed and untroubled image contrasts greatly with the spatial complexities existing below the surface that featured in an earlier posting and can be viewed here. 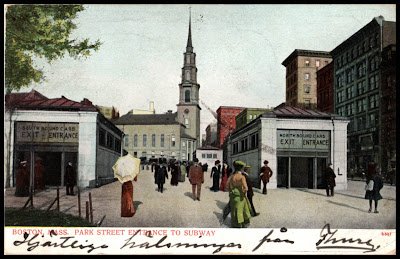