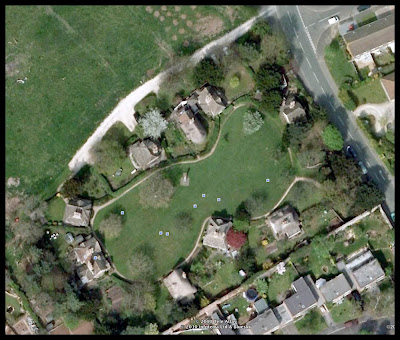 The north-west fringe of Bristol is the type of place that J G Ballard might have invented. It includes the vast and depressing acreage of Cribbs Causeway Shopping Centre, the M5 and M49 motorways, Filton Airfield and the tiny bucolic enclave of Blaise Hamlet, a curious place of pilgrimage for lovers of the extreme picturesque. Nine compact cottages were built around the meandering perimeter of a village green, every detail calculated to give the most intense impression of studied irregularity. The informal layout was intended to convey a sense of timeless theatricality. Building began almost exactly two hundred years ago in 1810. On completion their fame spread rapidly as Blaise Hamlet became an essential stopping point on any civilised tour of the West Country. 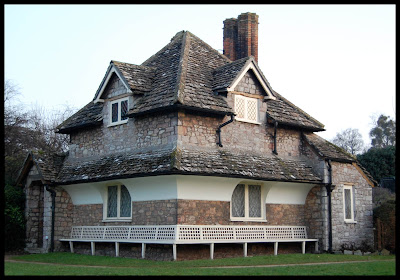 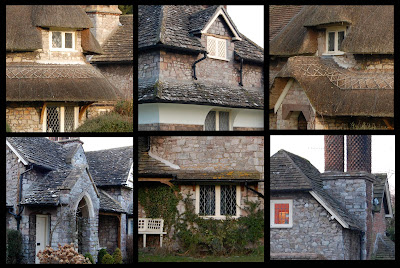 John Nash, with the assistance of George Repton, was the architect. The client was a Quaker banker, J S Harford and the brief was to provide a select group of retirement homes for his former employees. Steeply pitched hipped and half-hipped roofs covered in tile or thatch, over-height diamond and cylindrical chimney stacks with cut and faceted brickwork, oriel and bow windows with both rectangular and diagonal leaded lights and gabled porches combine to produce an almost manic quality of the picturesque. The hamlet was concealed behind high stone walls to protect the dignity of the occupants as recipients of charity. The stylistic details were faithfully transcribed into thousands of pattern books and widely imitated wherever there was a demand for the picturesque. A new generation of architectural clichés was born. 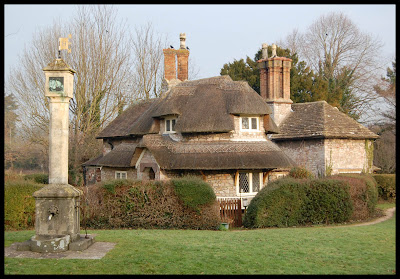 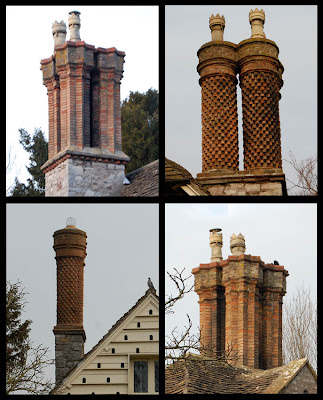 The current occupants are tenants of the National Trust who own and manage the hamlet. The modest dimensions of the internal spaces have to be balanced against the pleasure of living in such distinctive surroundings. It would be difficult to maintain an acquisitive lifestyle. Each cottage is Grade I listed so there’s no chance of a loft conversion, conservatory or uPVC double-glazing. No gnomes or decking in the garden, no satellite dish or wind turbine. Only two hundred years of calm seclusion amid the raucous turbulence of city life. 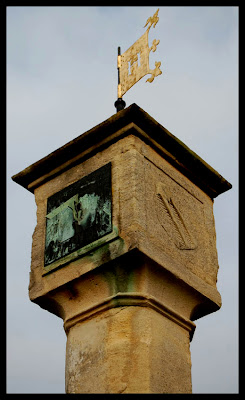