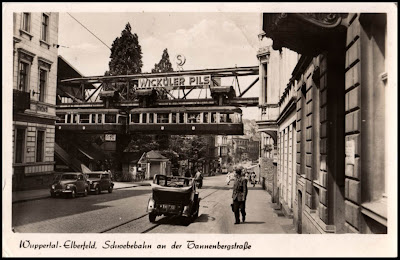 The suspended monorail is an enduring vision of a future that never quite comes to pass. It was a favourite theme of the great Arthur Radebaugh who pictured such a system in the 1940s. And yet in the German city of Wuppertal such a creature has been in operation for over a century. It makes an amazing site as it glides over the city streets offering vertiginous views of life below. No wonder the gent in the postcard has swiveled round for a better look. 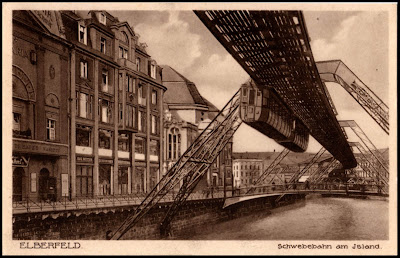 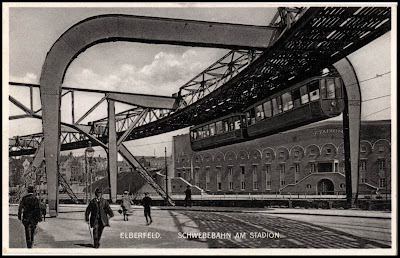 Readers of Meccano Magazine in 1930 were promised 120mph travel but that never happened either. This exciting prospect was the brainchild of Scottish engineer, Mr. George Bennie and went by the name, Railplane. The London and North Eastern Railway invested in a short test track and a propeller-driven prototype. It all came to naught and left the unfortunate Mr. Bennie penniless. The full story can be found here and the attentive reader will note that the Railplane was not a monorail because it was supported underneath. After all these decades of transport innovation this remains one aspect of the future that stubbornly refuses to be born. 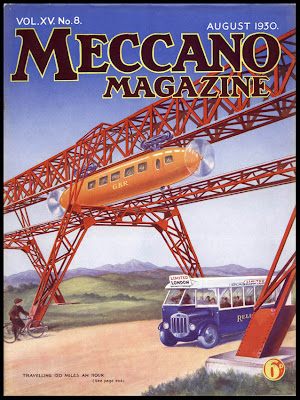 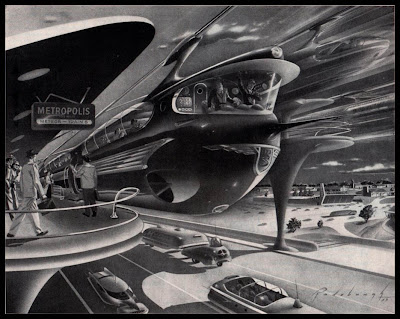