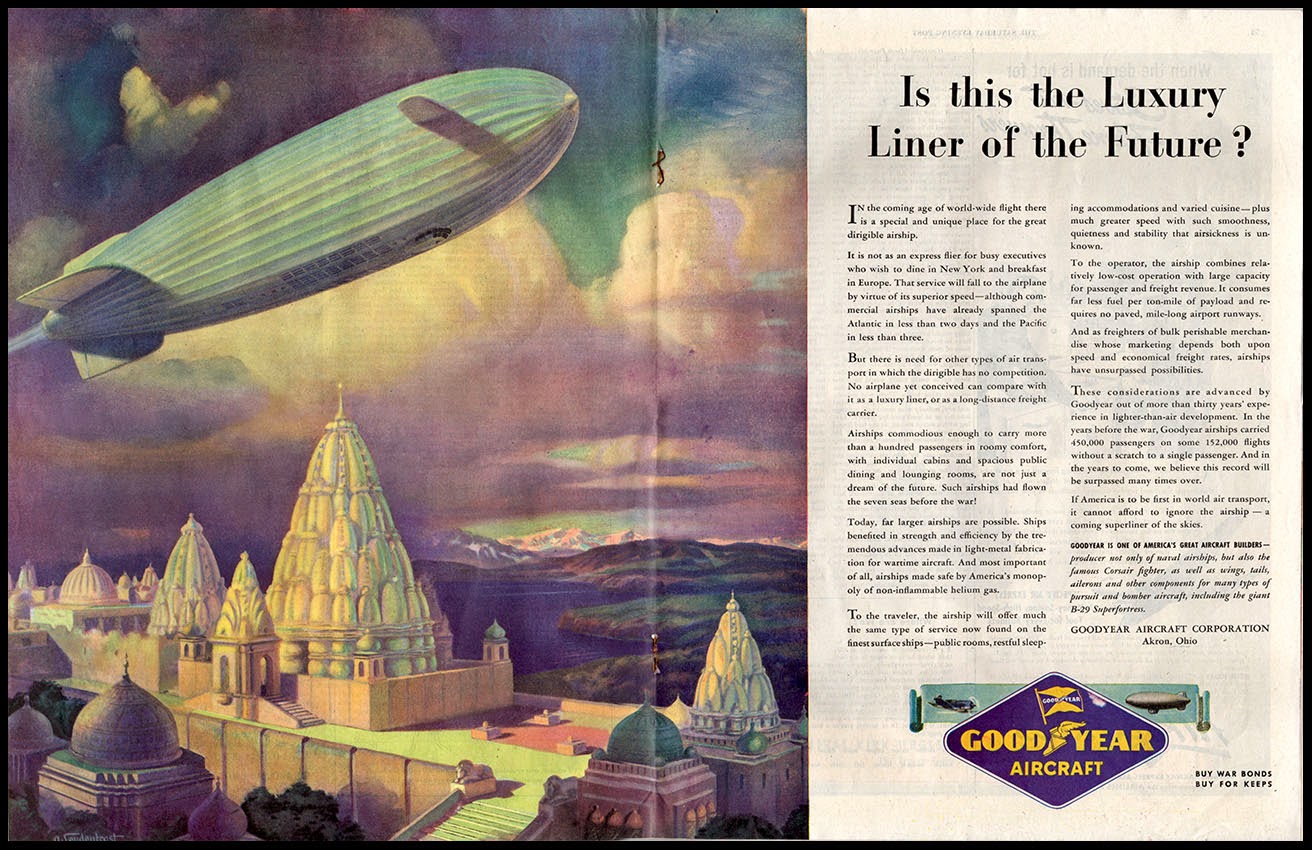 Airship technology is another of those doomed innovations with a glowing future that stubbornly fails to materialise. Immensely popular between the wars when no vision of the future was complete without airships in command of the skies. The airship had proved itself as a leisurely form of international travel although a distressing tendency to premature landfalls or self-immolation rapidly undermined public confidence. In times of conflict it was only effective as an agent of death and destruction in the unlikely event that your opponents lacked a more agile and speedy defence capacity. So the great dream of fleets of floating hotels silently crossing the oceans died a death. The rapid advance of jet engine technology was the final blow as the aviation industry increasingly became addicted to speed. 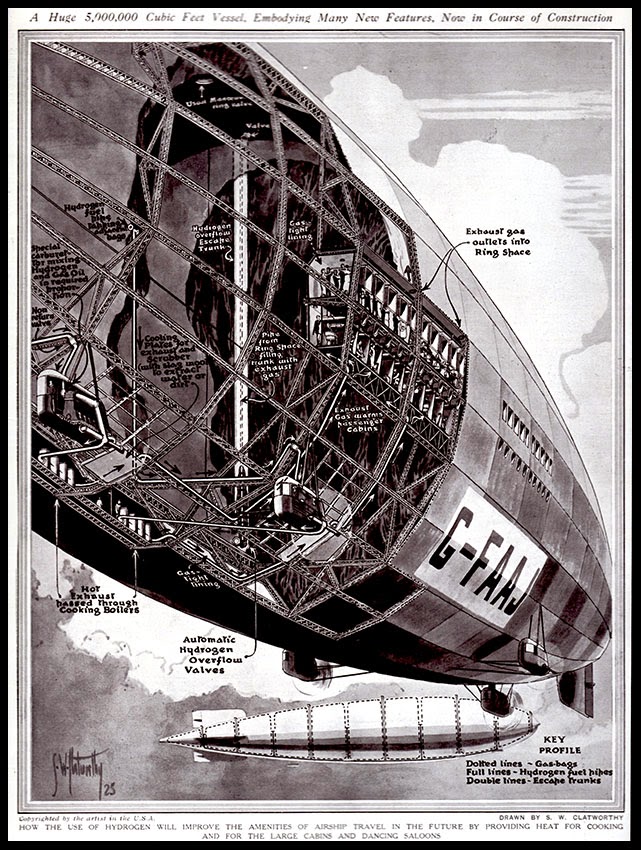 But for a few decades the airship wobbled along on the fringe of viability and enthusiasts continued to develop ever more extravagant plans, quick to capture the public imagination but wildly impractical. Heroic visualisations of gargantuan machines graced the covers of many a magazine with an engineering obsessed readership of impressionable adolescents. For postcard publishers even an embarrassingly incompetent drawing of an airship could be grafted on to refresh a stale and outdated image. As late as 1944 the Goodyear Aircraft Corporation was waxing lyrical about the prospects of the “coming superliner of the skies” and posing the question, “Is this the Luxury Liner of the Future?”. 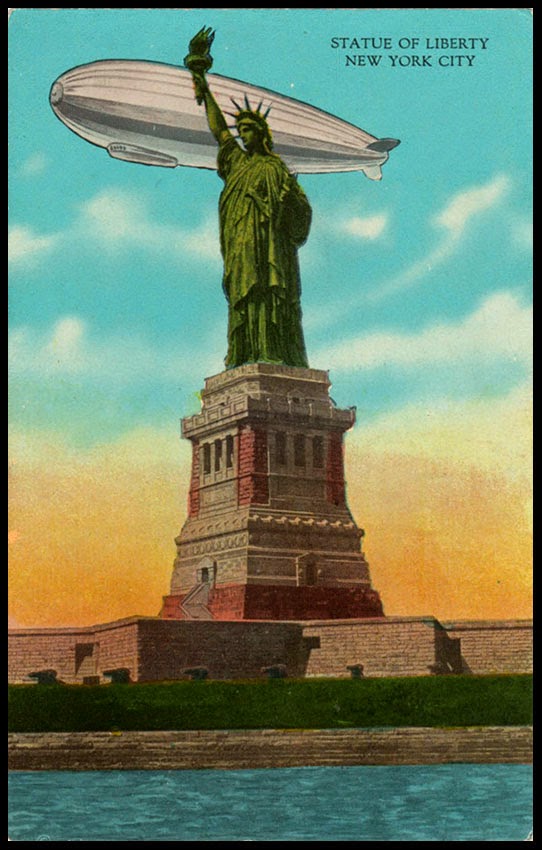 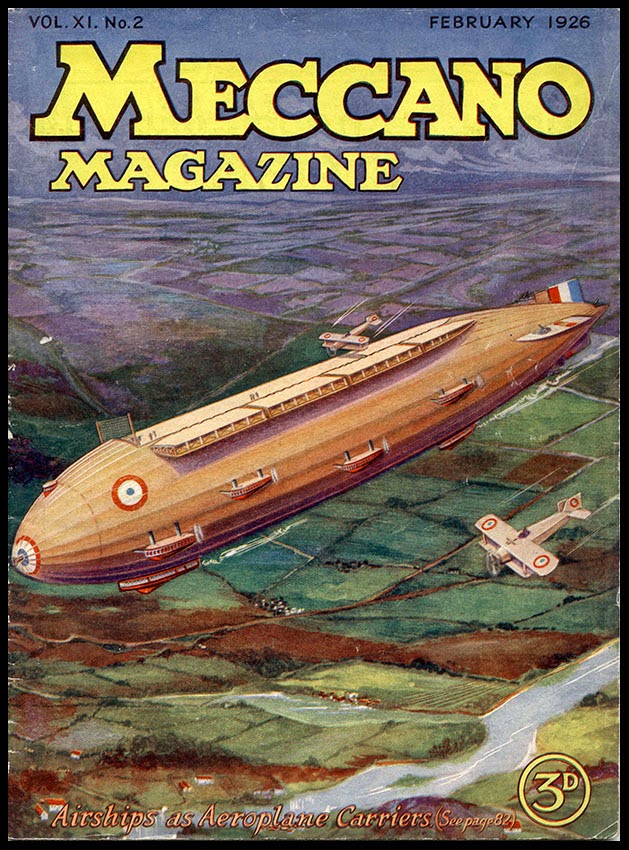 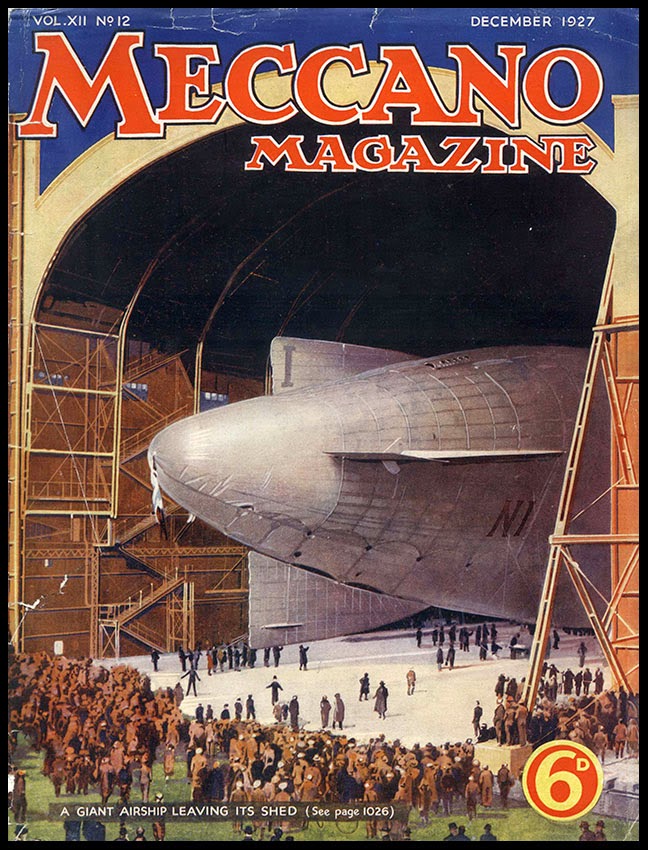 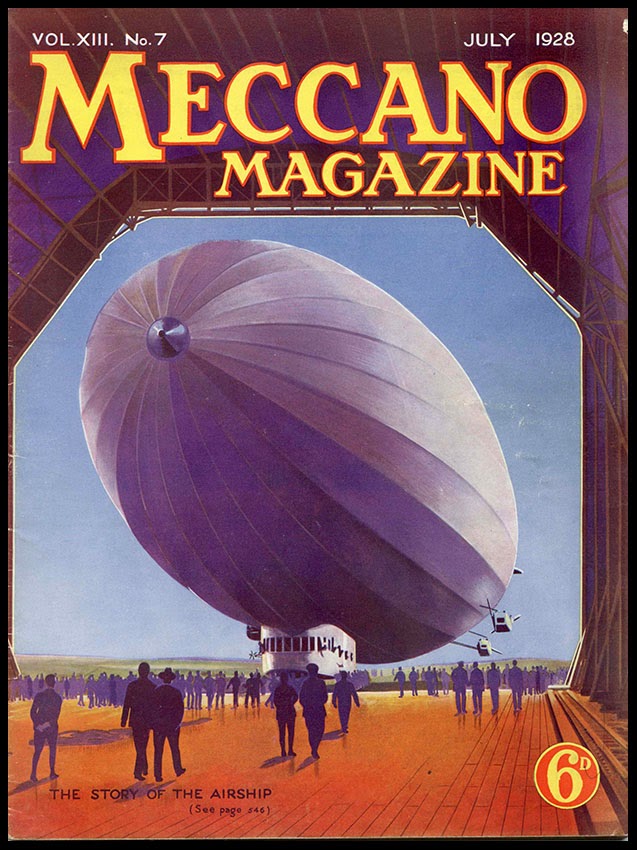 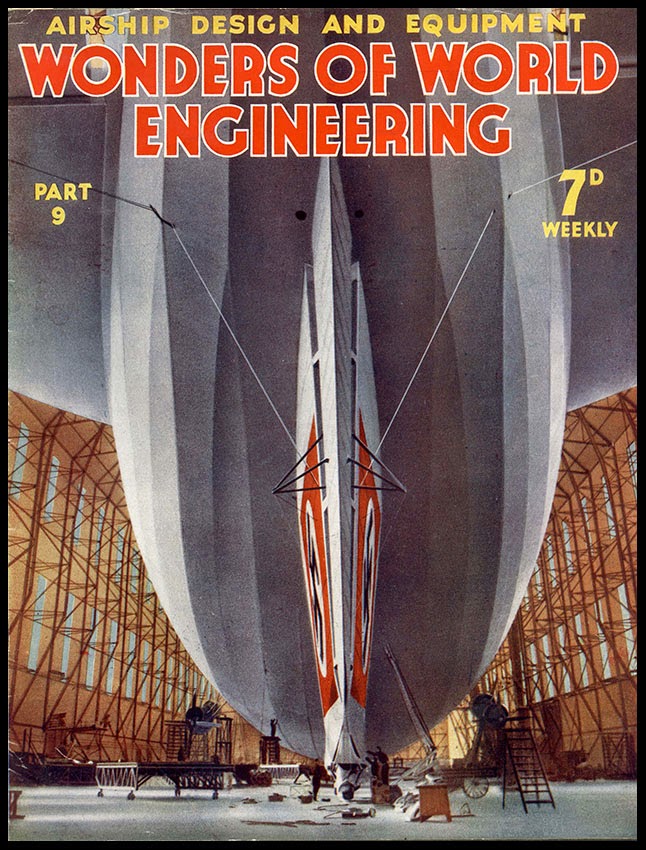