Postcard of the Day No. 65, M & OLRR Station, Marcellus NY 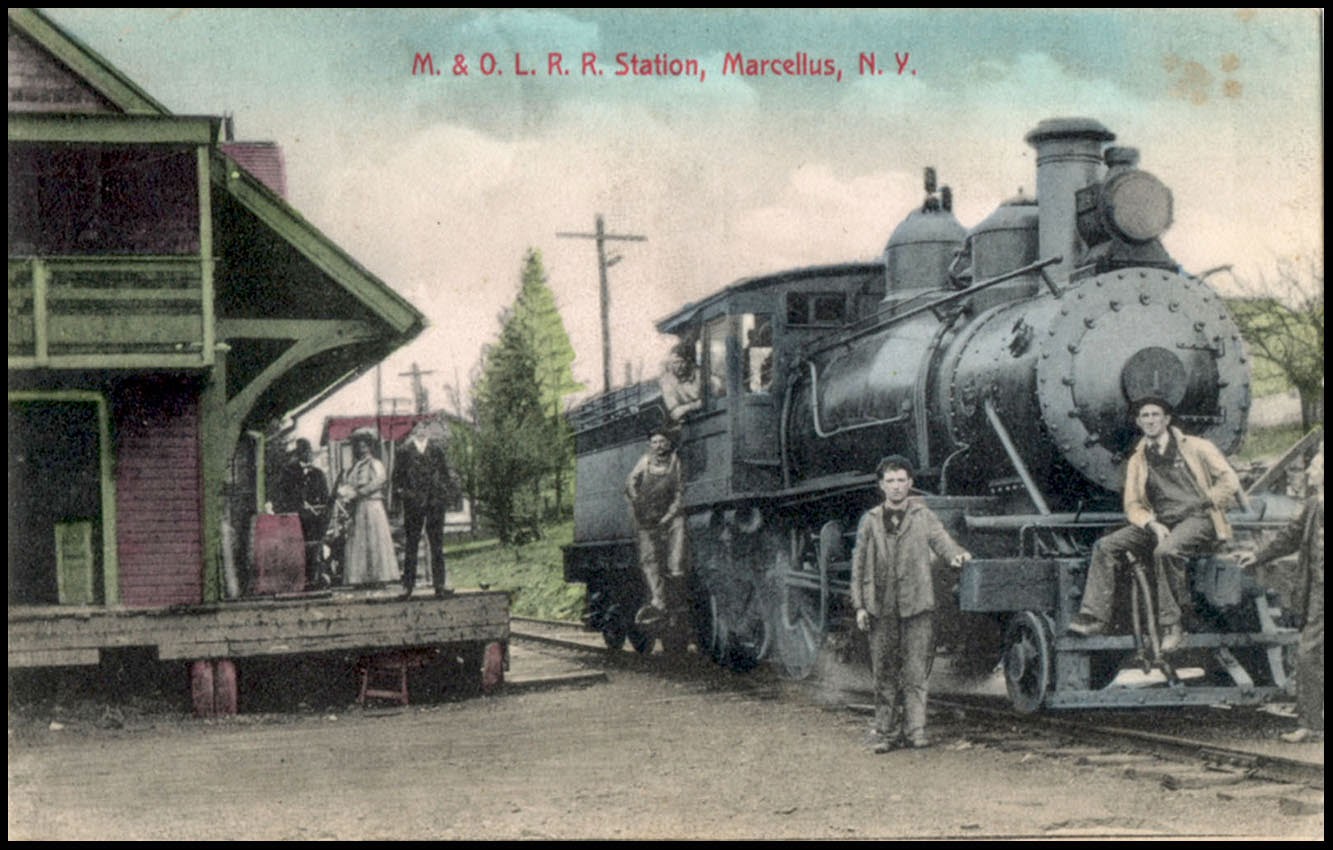 This is the postcard where nobody wanted to be left out – travellers and employees alike made certain that their likenesses would be recorded for posterity. The workers swarmed over the one and only locomotive (a Baldwin-built 2-4-0) with studied nonchalance. The Marcellus and Otisco Lake Railroad was a short branch line that connected with the New York Central at Martisco (an invented conflation of Marcellus and Otisco), a few miles to the north. Passenger services commenced in 1905 but lasted less than a decade, being abandoned in 1914. Freight service continued until final closure in 1959. Marcellus was, and remains a small town of exceptionally neat and tidy appearance in rural New York state, south west of the city of Syracuse. It gave its name to the Marcellus Formation, an extensive range of shale and the largest source of natural gas in the US. Massive amounts of gas are being extracted by fracking although, happily for the residents of Marcellus, most of it takes place far away in Pennsylvania, Ohio and West Virginia. Below are two more cards of transport curiosities with proud operators posed in attendance. A streetcar in San Antonio TX and an electric-powered US Mail Car in Sacramento CA. 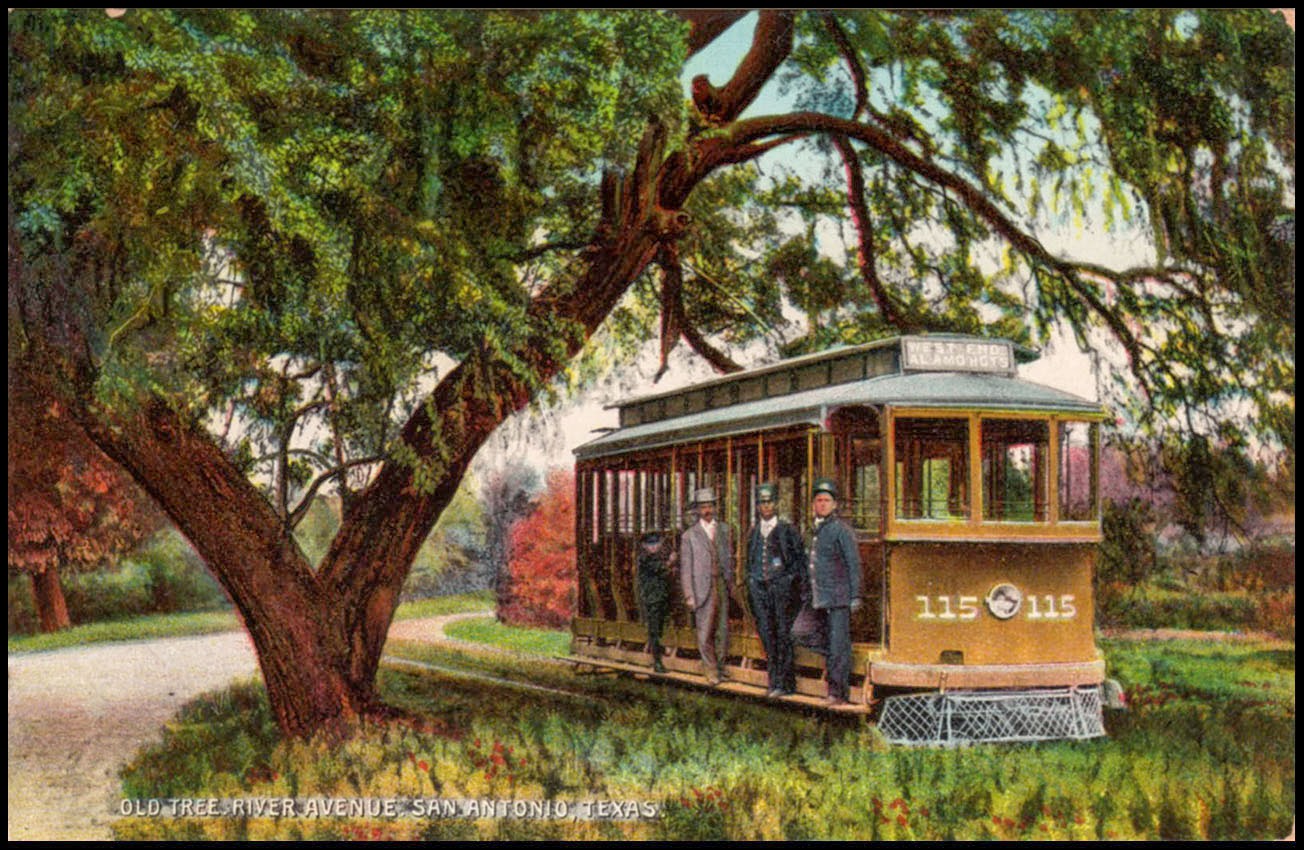 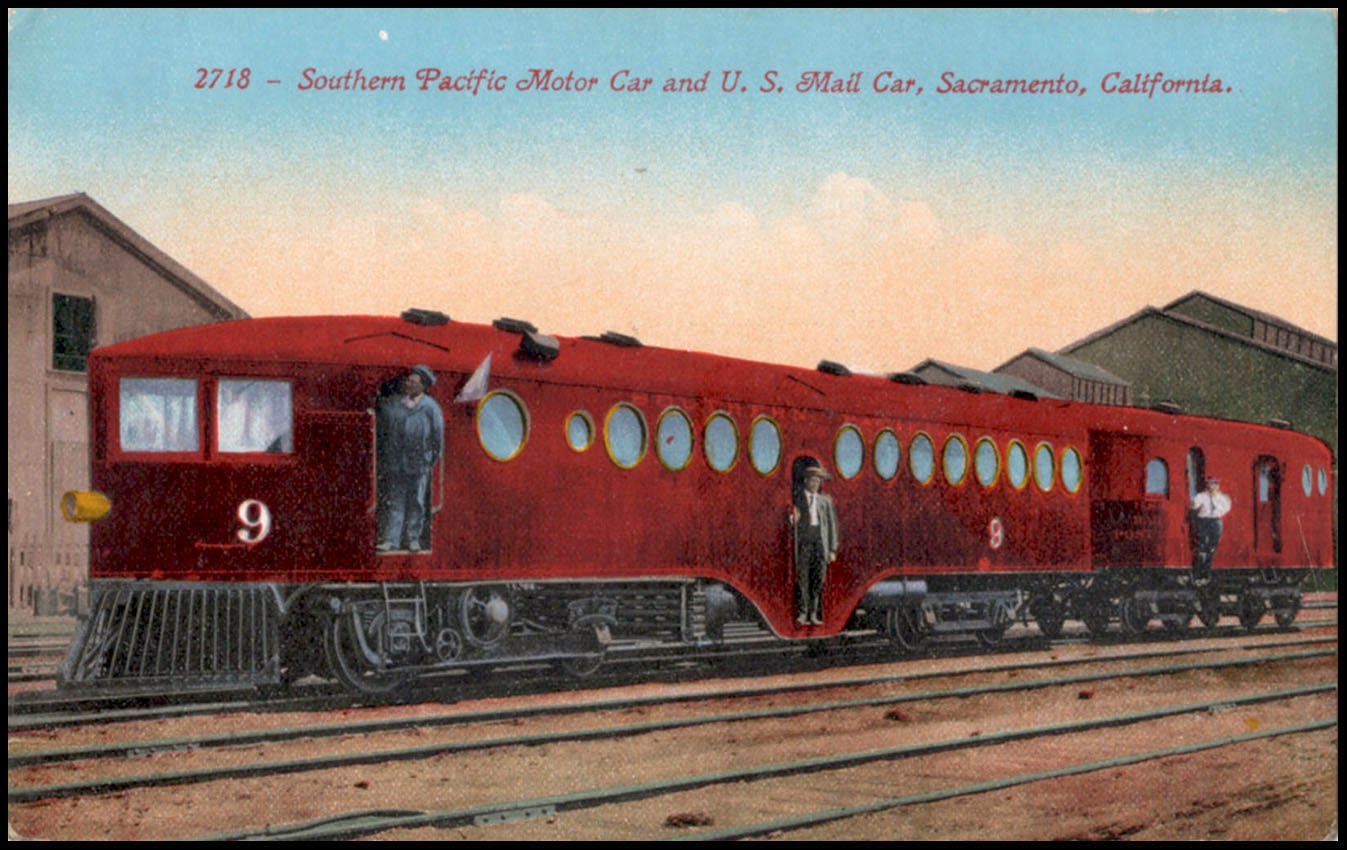