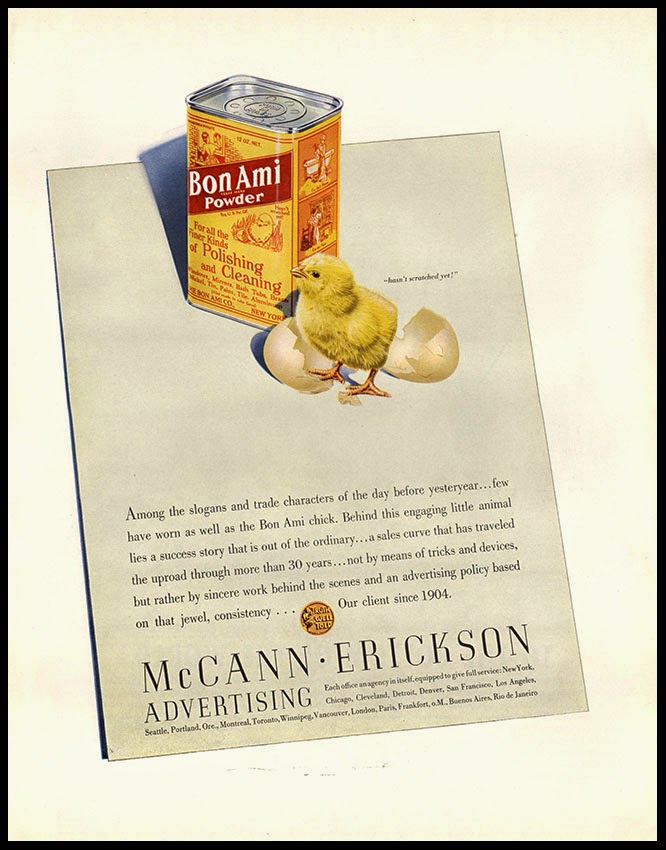 Bon Ami is one of those American consumer products that never crossed the Atlantic leaving us to gaze on it from afar. For a humble scouring powder the name has a Gallic flavour usually reserved for more sophisticated cosmetic or fashion related products. Launched in 1886, within ten years it was well established in the American market bringing a lustre of unprecedented brilliance to sinks and drainers everywhere. An image of a newly hatched chick served as brand character, accompanied by the slogan, “Hasn’t scratched yet!” – a phrase whose resonance has greatly diminished in step with the decline in keeping chickens among the American public. McCann-Erickson Advertising (slogan, “Truth Well Told”) handled Bon Ami promotion from 1904 and featured their achievements in a series of self-promotion ads placed in Fortune magazine. What follows is a small selection of magazine advertising, mostly from the pages of Ladies’ Home Journal. Domestic tableaux replete with gender issue sensitivities are a favourite. The concerned husband complete with pipe and apron, taking his turn drying dishes, expresses his sense of awe and wonder inspired by the dazzling splendour of the kitchen sink. Clearly puzzled that a spouse of such limited competence has scaled such heights of cleaning excellence, it comes as a relief to discover it’s all due to the amazing properties of Bon Ami. For the harassed housewife the message is that Bon Ami can extract an approving comment from the most severe taskmaster. In another, more extended dialogue, a young husband struggles to reconcile the physical attractions of his new bride with her high level cleaning skills. In a daring reversal of roles, she has to educate him by explaining the special character of Bon Ami in a syrupy exchange that only those of a strong stomach should read to the end. The truth is that a key part of a woman’s domestic responsibilities is advocacy for Bon Ami - even in parenting there is no escape as Mommy ambitiously engages the interest of an adorably curly-headed son and heir in the best way to maintain a clean and polished bath-tub. If this early introduction to domesticity was the prelude to a lifetime of obsessively cleaning sanitary ware, Bon Ami would have a lot to answer for. 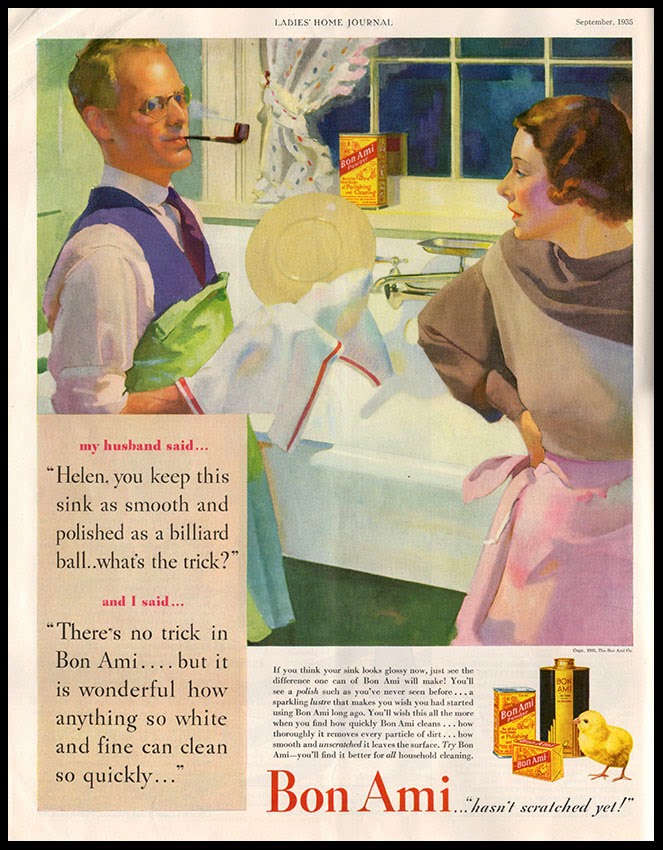 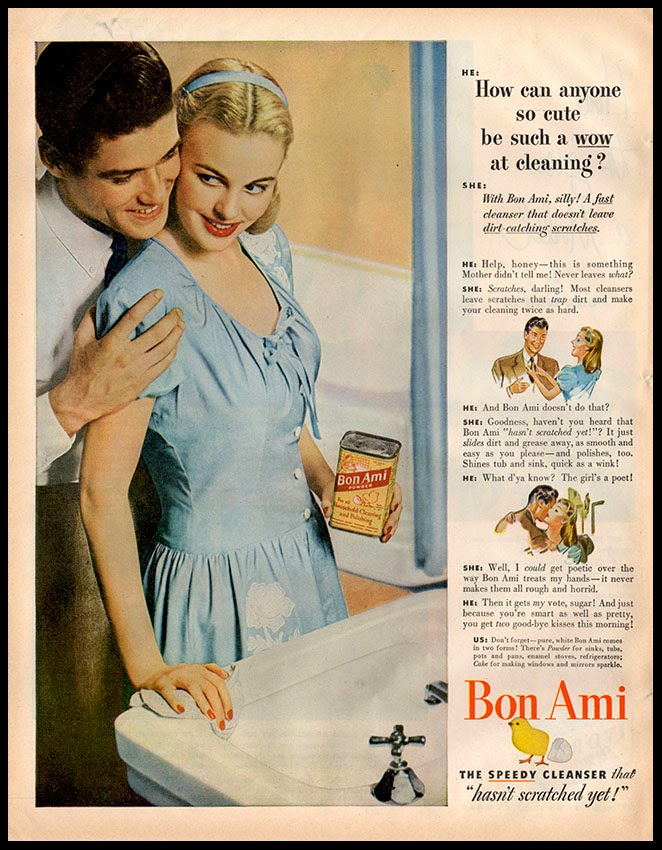 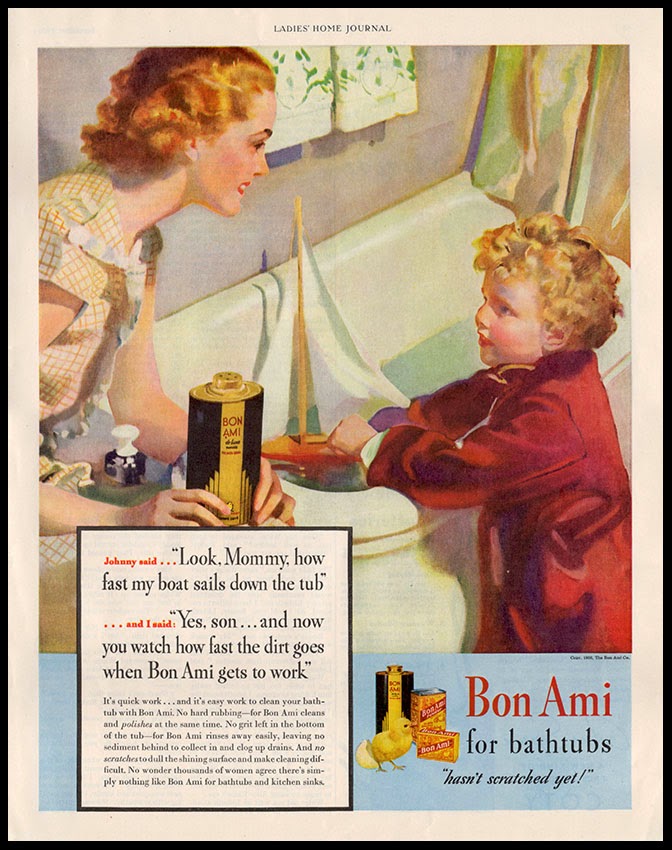 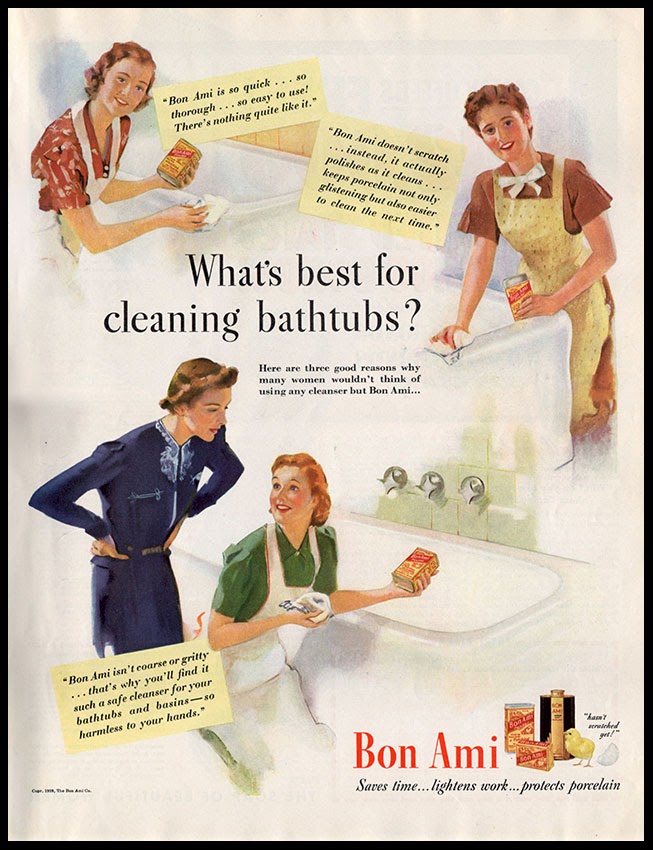 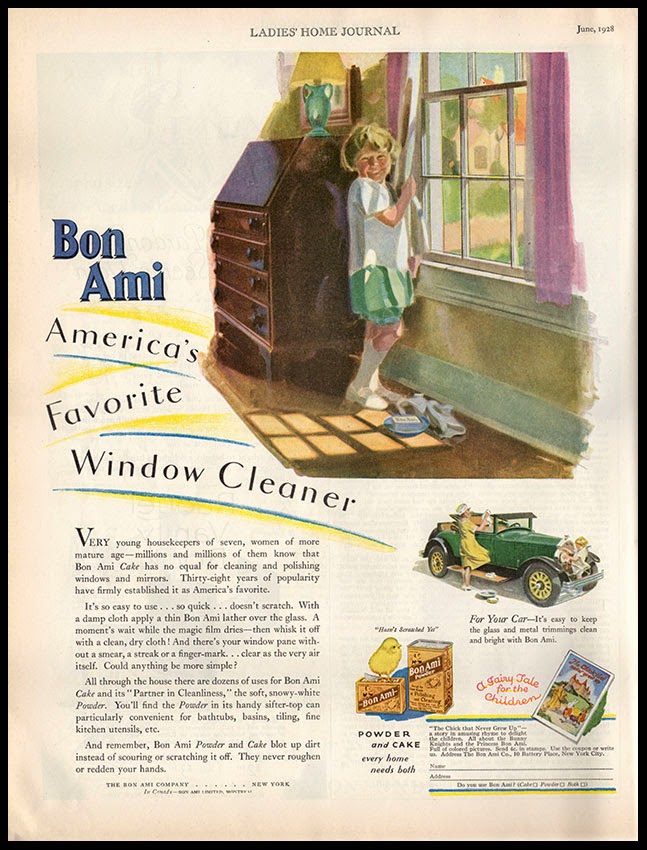