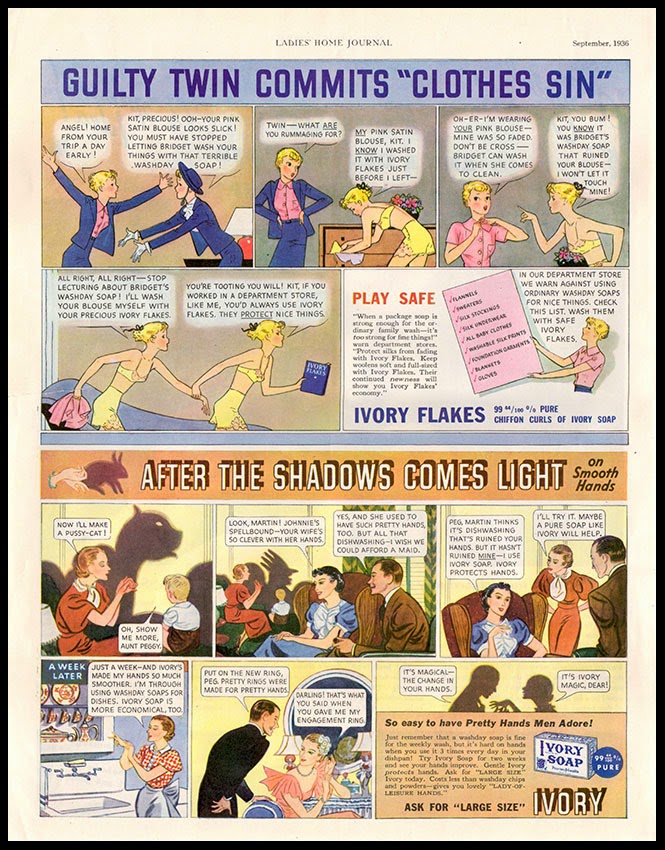 When times are hard and money is in short supply, advertisers are forced to rethink their strategies and fight for every dollar of domestic expenditure. In the Great Depression, new upstart advertising agencies threw away the text heavy, grandiose styles of the 1920s and developed a pared-down model that borrowed the typography and layouts of the tabloid press to suit the mood of the times. This enabled the advertiser to purloin some of the authority of the press, creating the impression that their claims were facts and if the careless reader was confused between promotional and editorial matter, this was no bad thing. At the same time, advertisers became increasingly dependent on another format from the popular press – the strip cartoon. 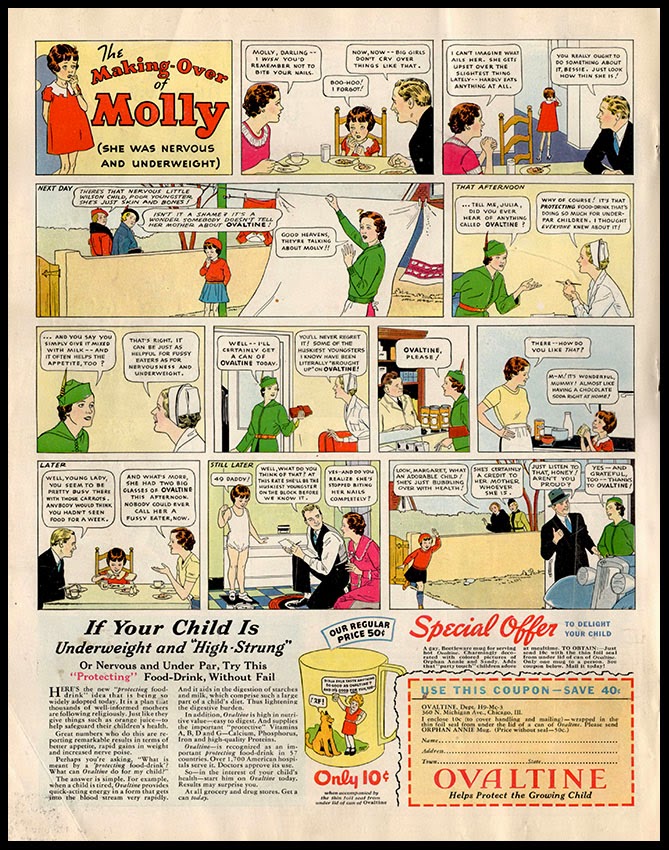 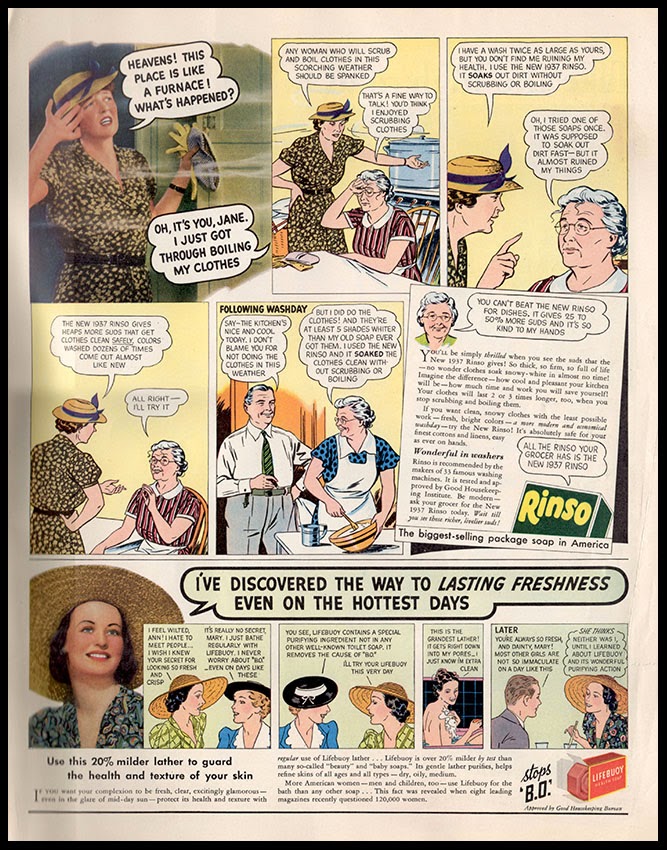 The onward march of the Funny Papers into the affections of the American populace generated a small army of highly skilled cartoon artists only too happy to enhance their earnings offering their talents to the advertising industry. Specialists in figure drawing, backgrounds and speech bubbles combined in an assembly line approach to the task as the workload expanded throughout the 1930s. Where artists worked on more than one campaign, great care was taken to conceal their identities. Raymond Rubicam (of Young & Rubicam) was an early adopter and coined the phrase “sequence-picture copy” to avoid the words “cartoon” or “comic” passing his lips. There was no television to compete with print media – only radio and the cinema offered alternative outlets for the advertiser’s message, simultaneously creating opportunities for cross-promotion with personalities from radio and Hollywood frequently migrating into print as cartoon characters. 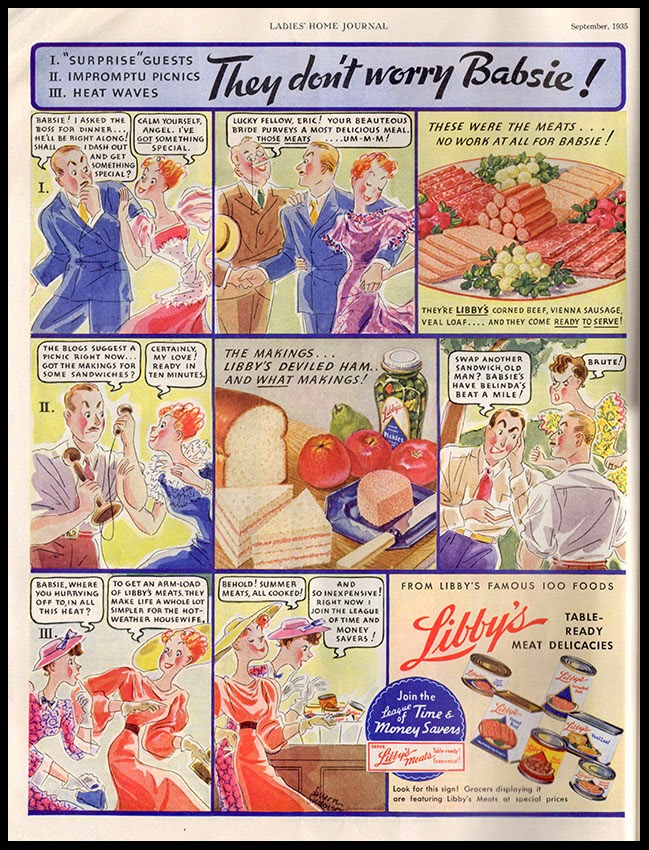 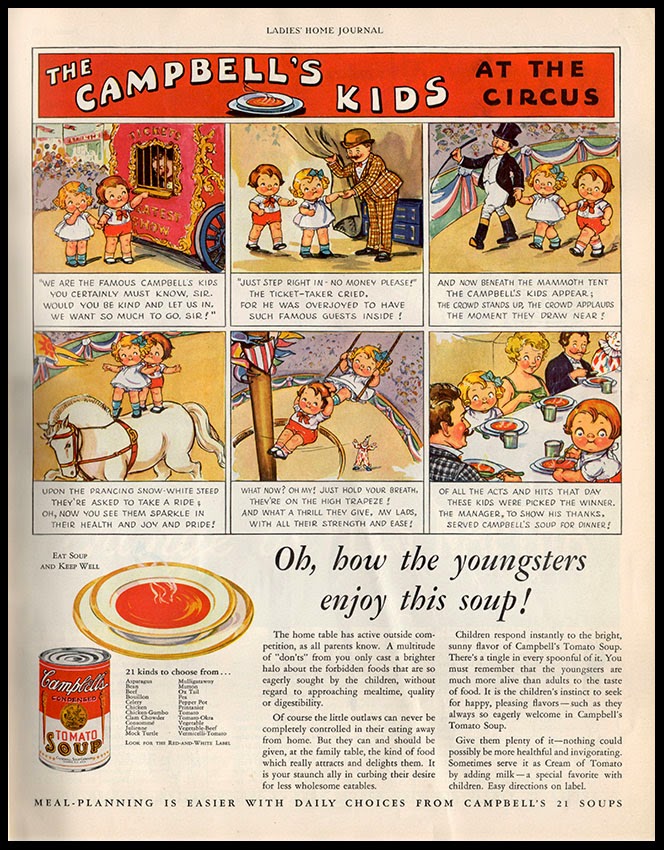 Best of all was the ability to address the consumer directly in his or her favoured medium with simple messages and undemanding dialogues delivered by a repertoire of much loved comic book characters. Children clipped them out and pasted them into scrapbooks, extending the reach of the message. For an adult audience they met another corporate objective by putting a human face on to an otherwise impersonal and monolithic corporation such as General Foods. Hostility to the activities of the giants of capitalism ran high in the course of the Depression leading to valiant, if not always successful, campaigns to promote a warm and cuddly presence in the marketplace. Stylistically these examples are very conservative – they display little evidence of the dynamic sense of movement to be seen in adventure comics that would find its way into the visual vocabulary of the 1940s and 1950s. But their two-dimensional quality and the curious blankness of expression offer a certain enigmatic charm all their own. An earlier posting on this subject can be read here. 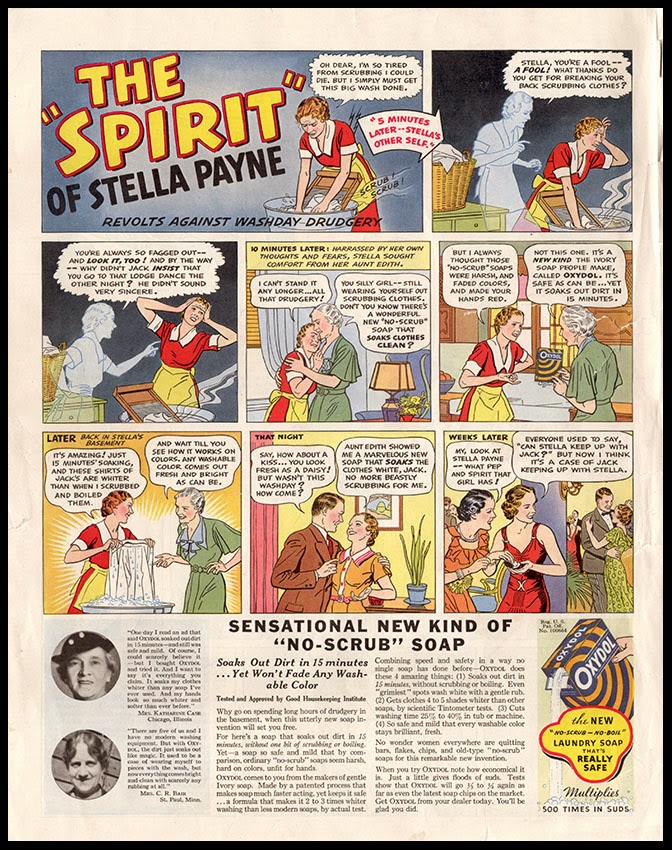 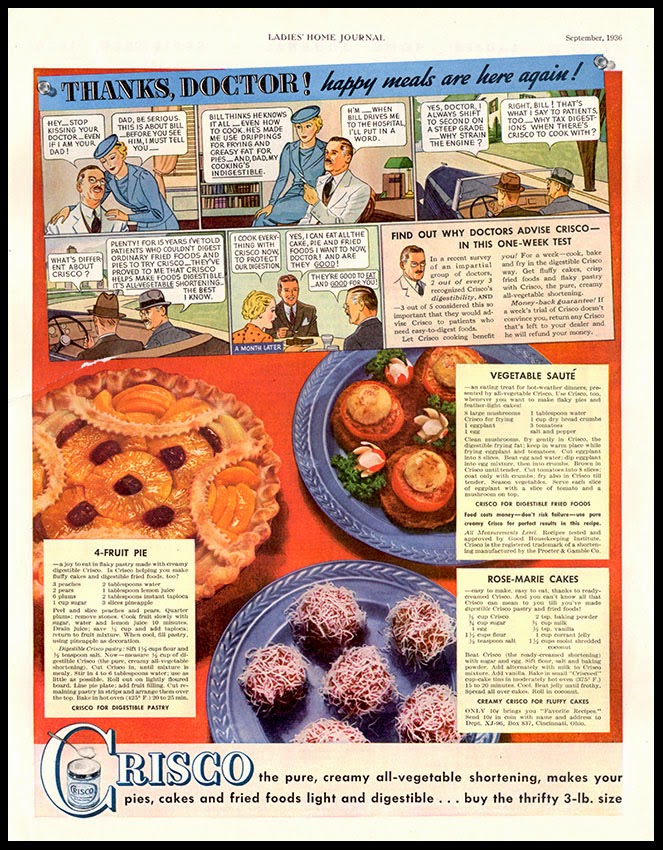 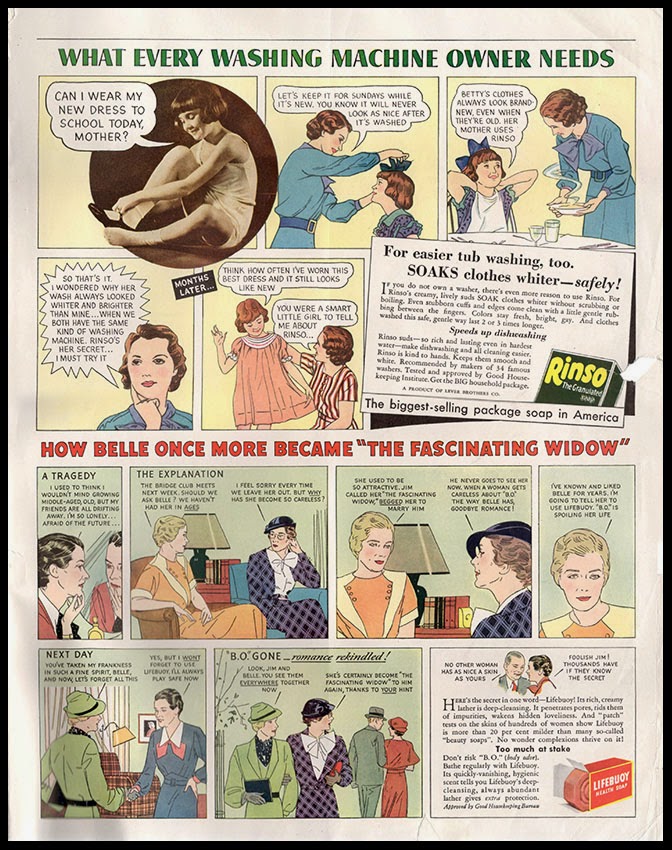 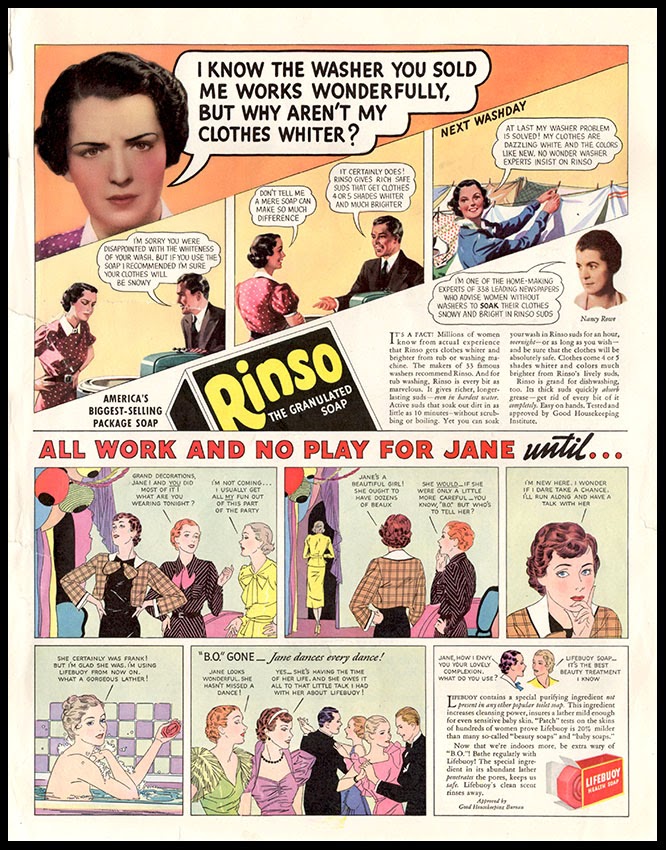