Sassi-Superga Tramway – to 1884 and back for lunch 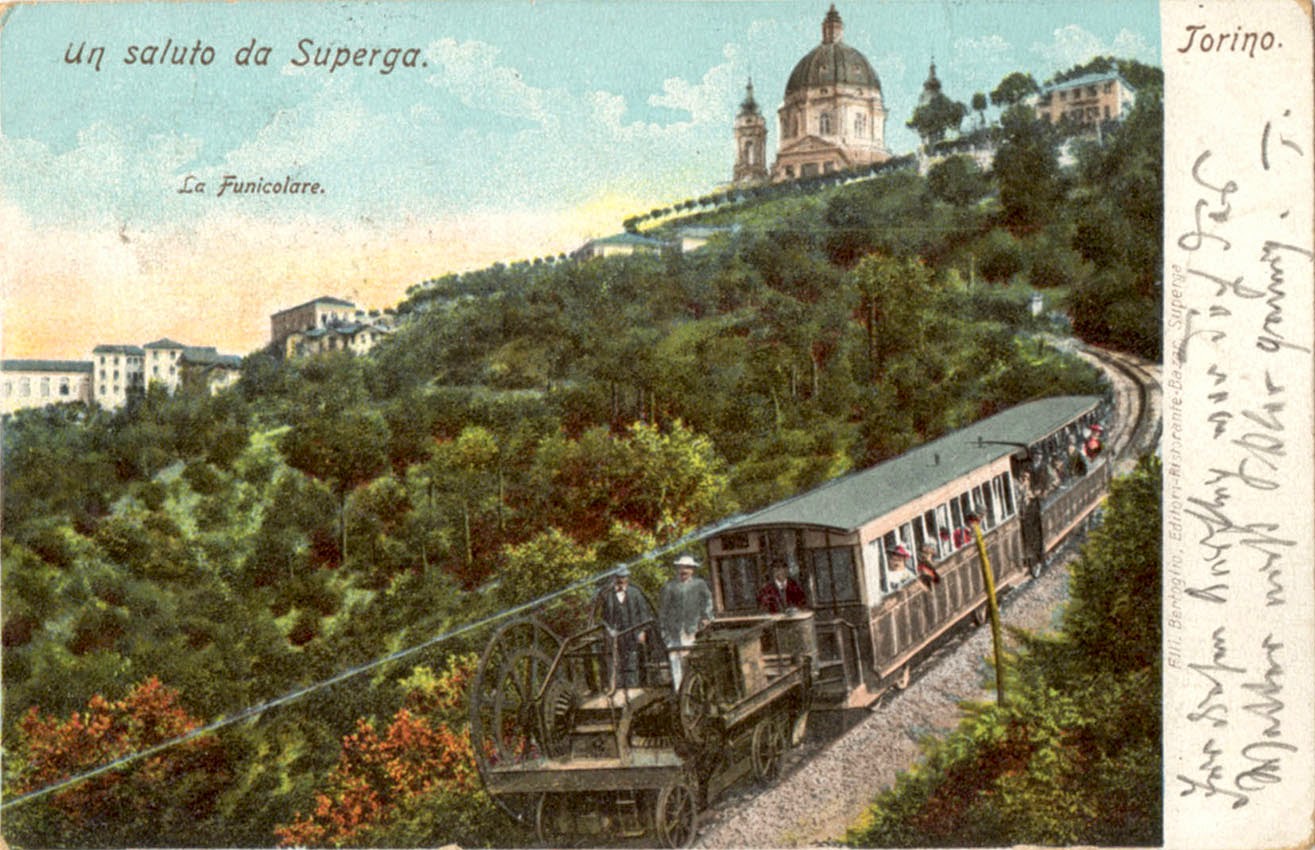 To the east of the city of Turin there’s a range of hills on top of which sits the Baroque Basilica Superga. The Basilica is connected to the Turin suburb of Sassi some 2,200 feet below by a rack-railway that offers substantially the same travelling experience as when it first opened in 1884. Varnished wooden seating and panelling plus leather hand-grips and polished fittings grace the passenger cars – the pleasures are entirely anachronistic. Essentially a visitor attraction rather than a working railway, it is operated by the city of Turin transport authority (GTT) as an integral part of the urban network. It’s a clattery, bumpy ride through dense woodland with vertiginous interludes when the view opens up to take in the sprawling city far below with distant prospects of the Alps. 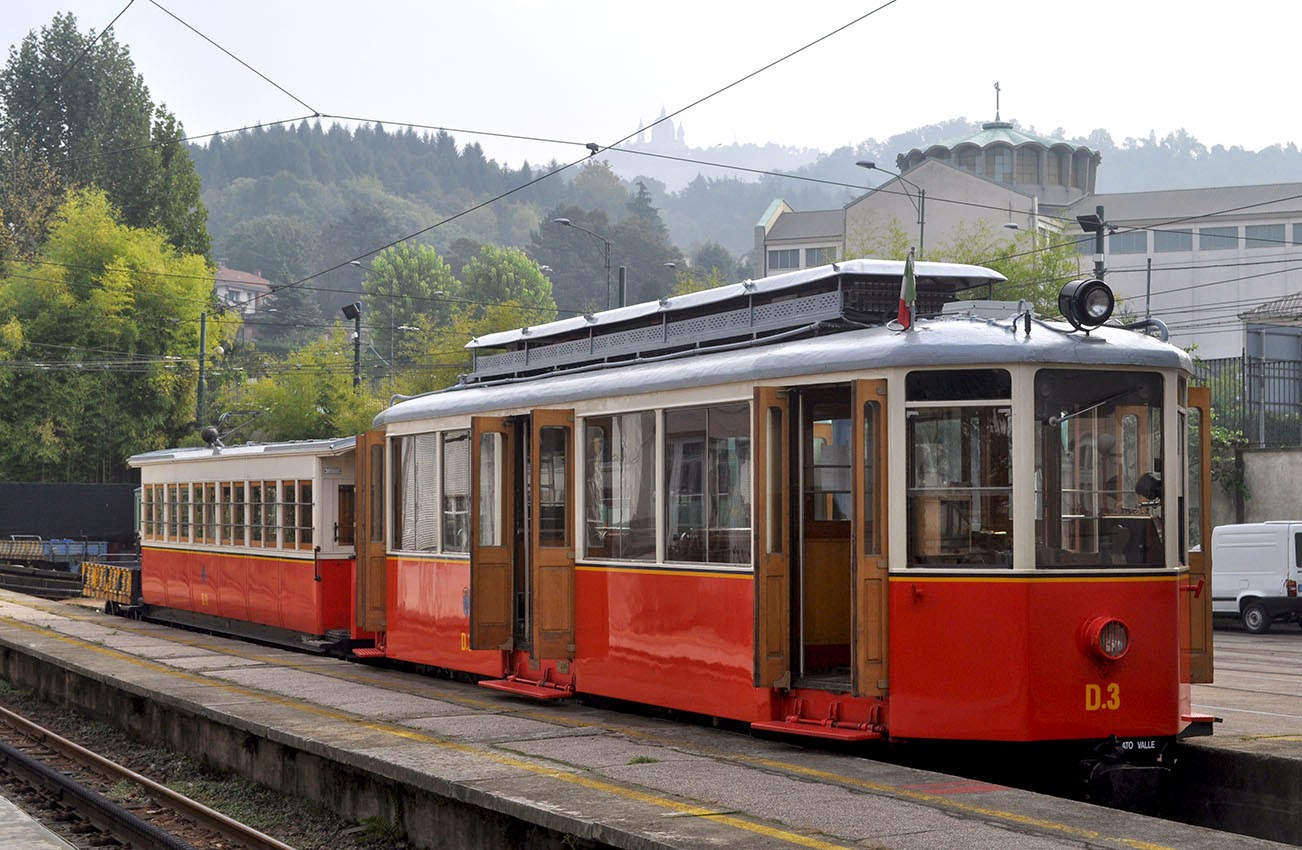 The Basilica (1717-31), like so many such buildings was a pious gesture of thanks for divine guidance in a military victory. In 1706 the defeat of the French at the Siege of Turin inspired the Duke of Savoy to commission the Basilica as both a shrine to the Virgin Mary and a highly visible symbol of temporal power. The surrounding landmass is now a Nature Reserve with extensive forest trails for walkers, who in turn supply custom for the tramway. At the top there’s a memorial to the footballers of AC Torino who all lost their lives when their plane returning from a friendly match in Lisbon crashed into the back of the Basilica in May 1949. 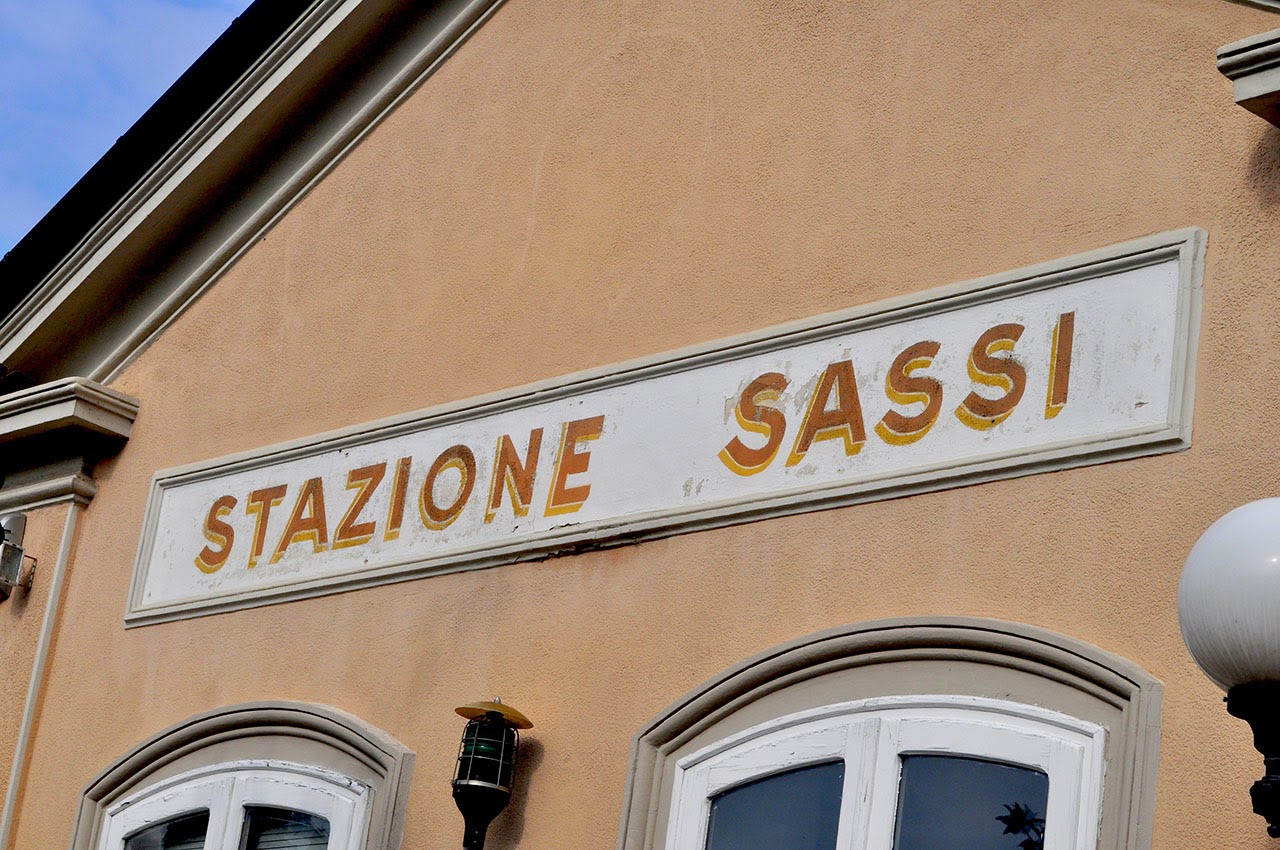 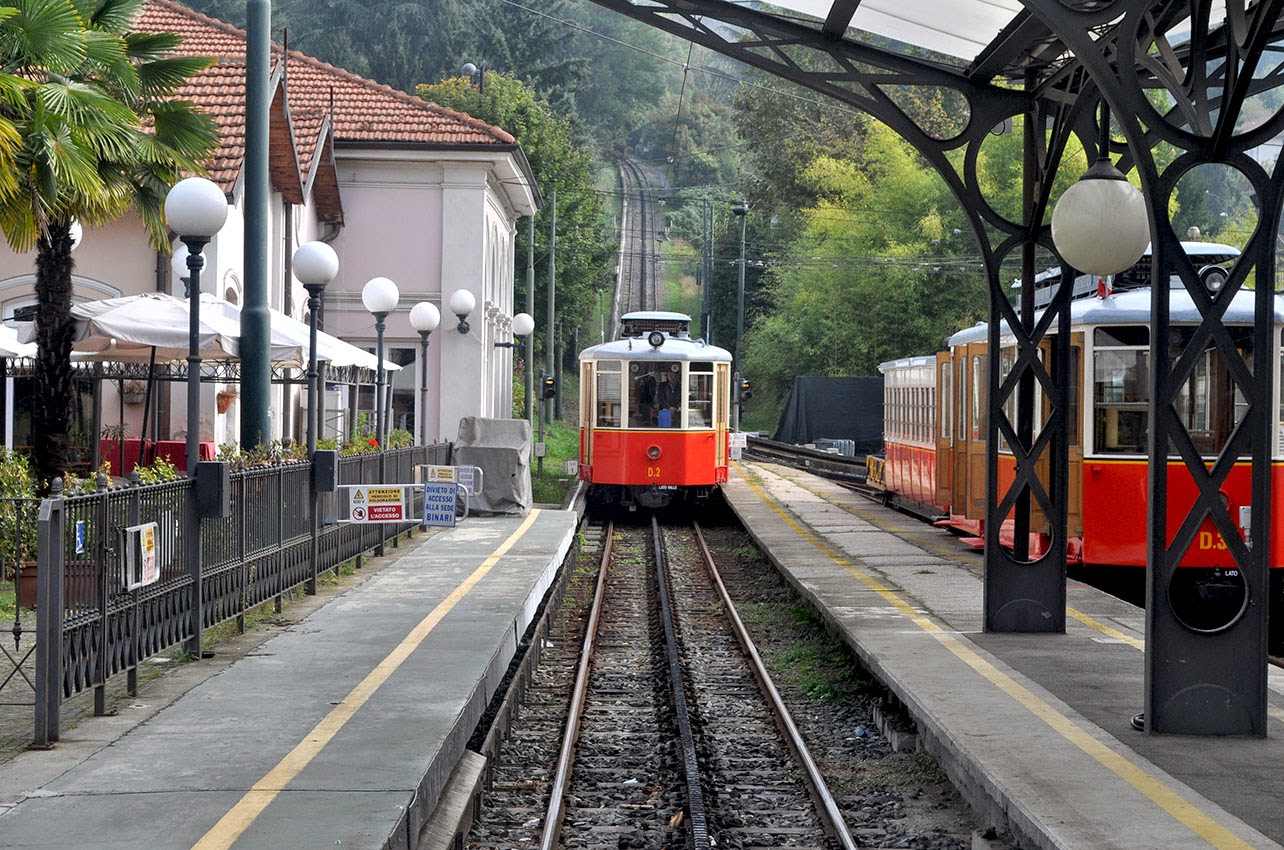 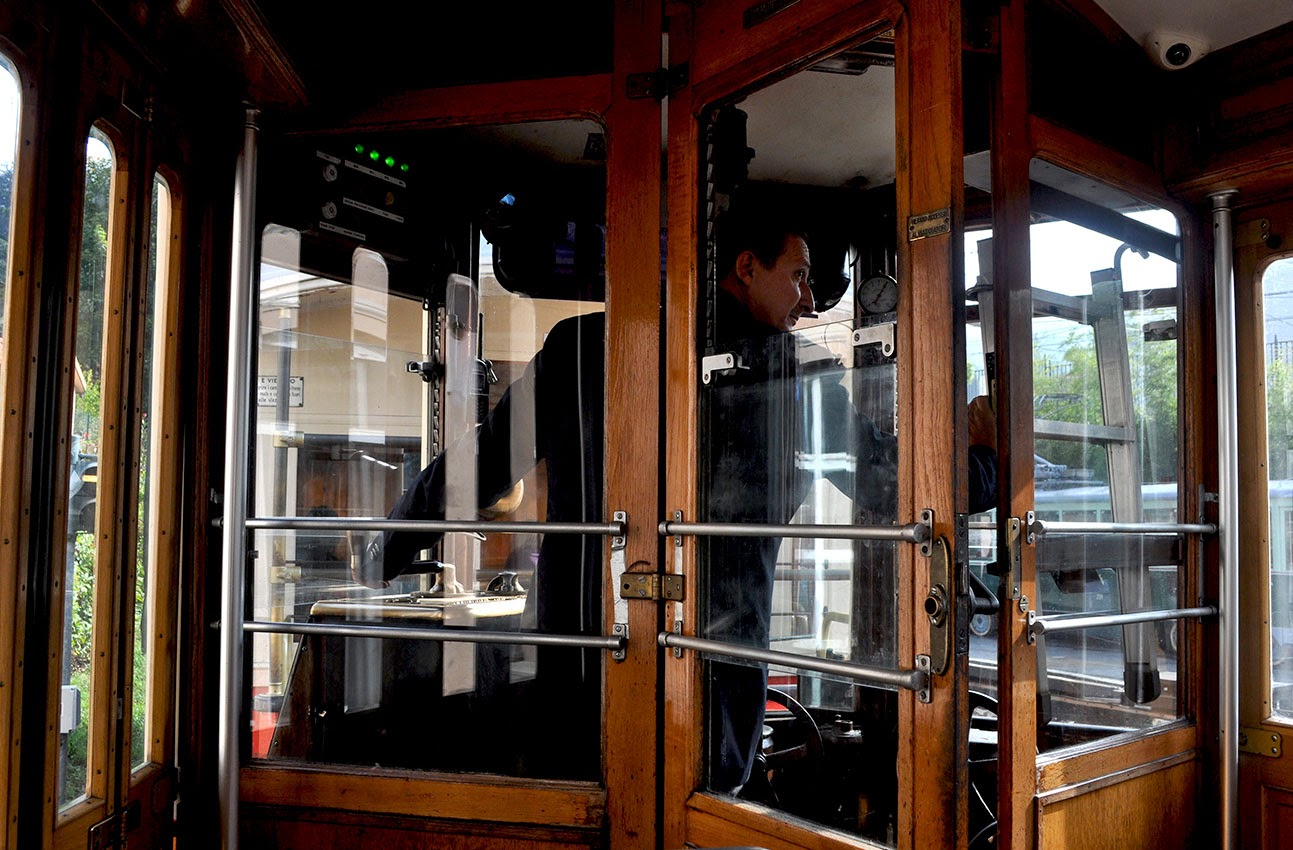 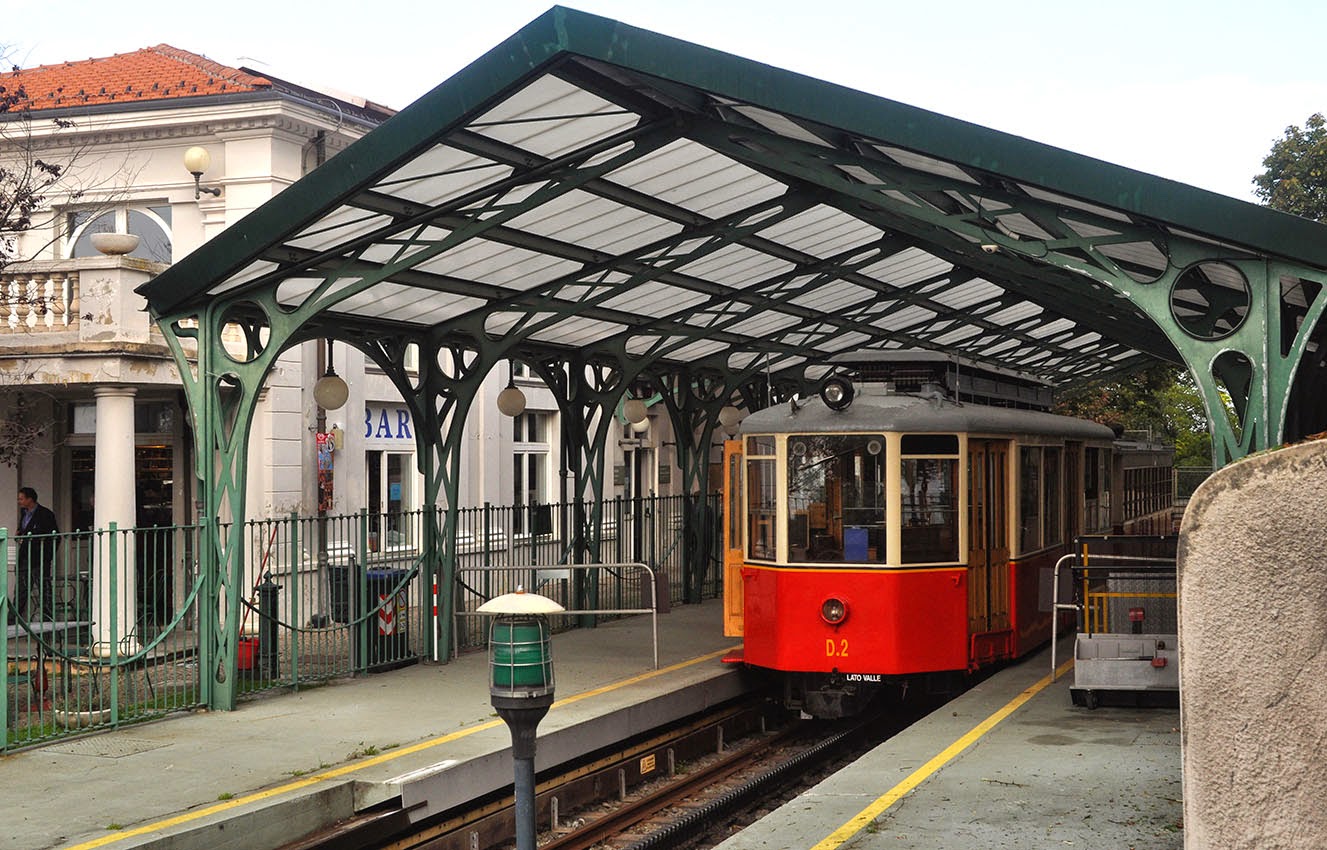 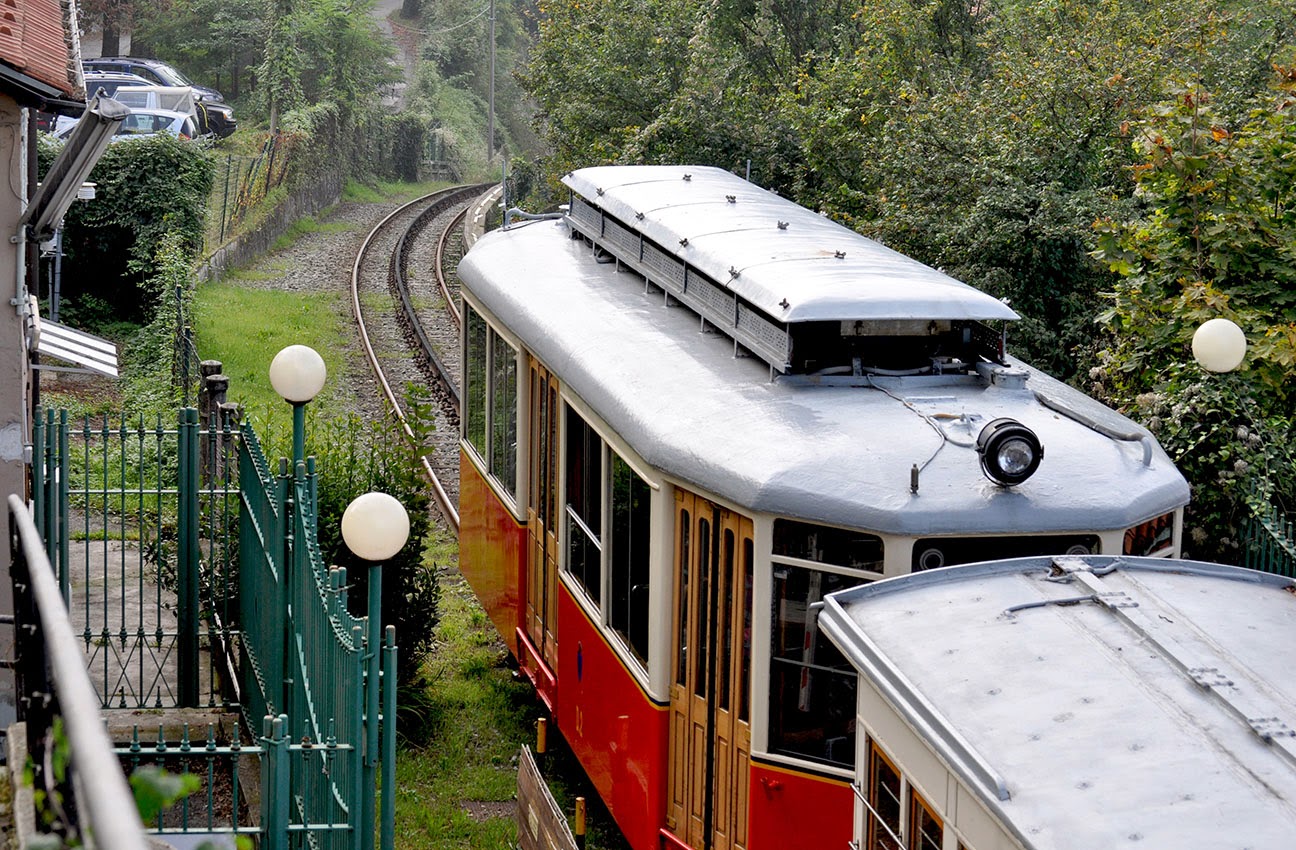 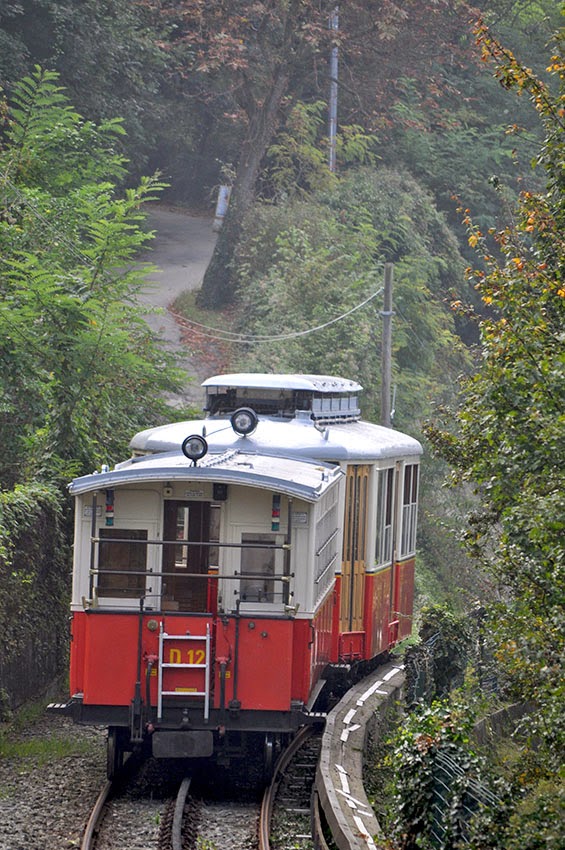 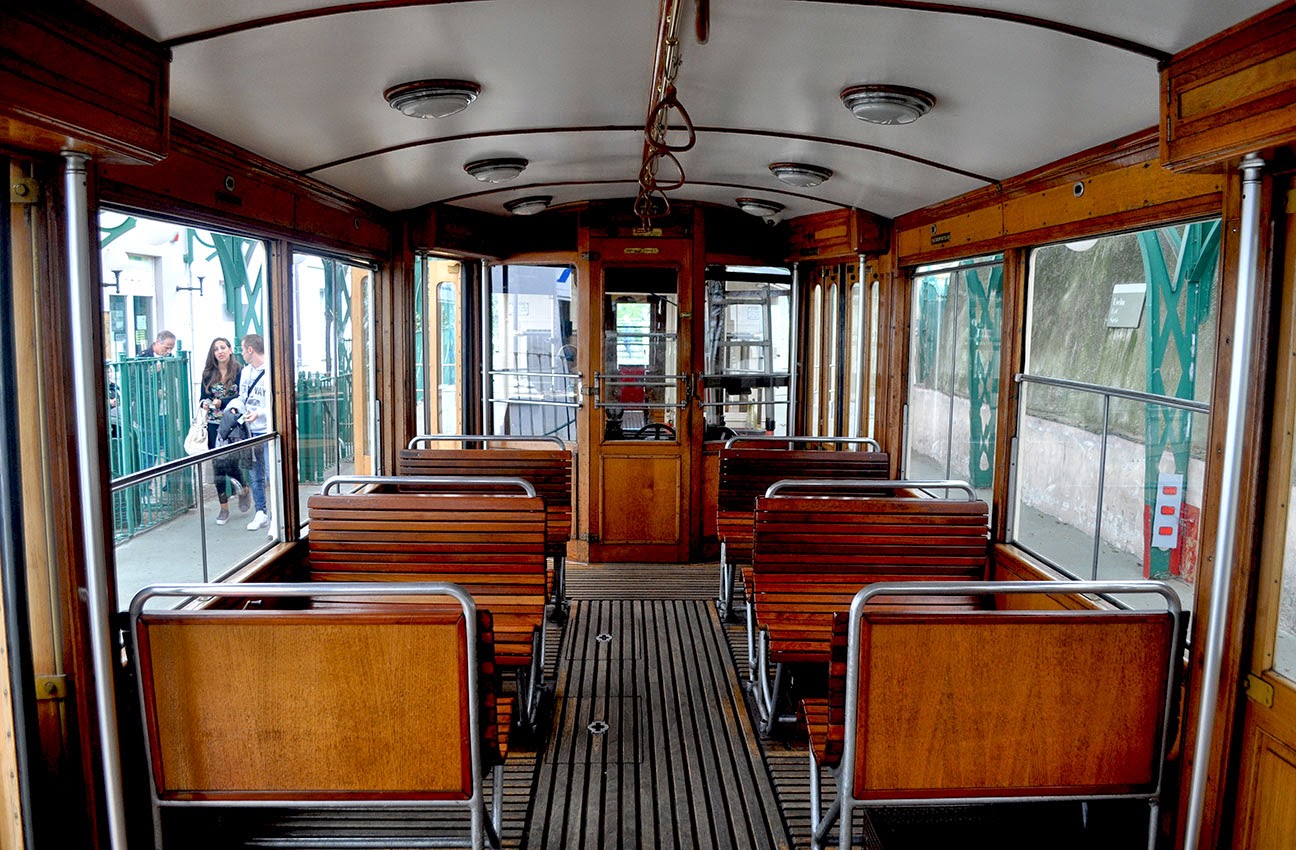 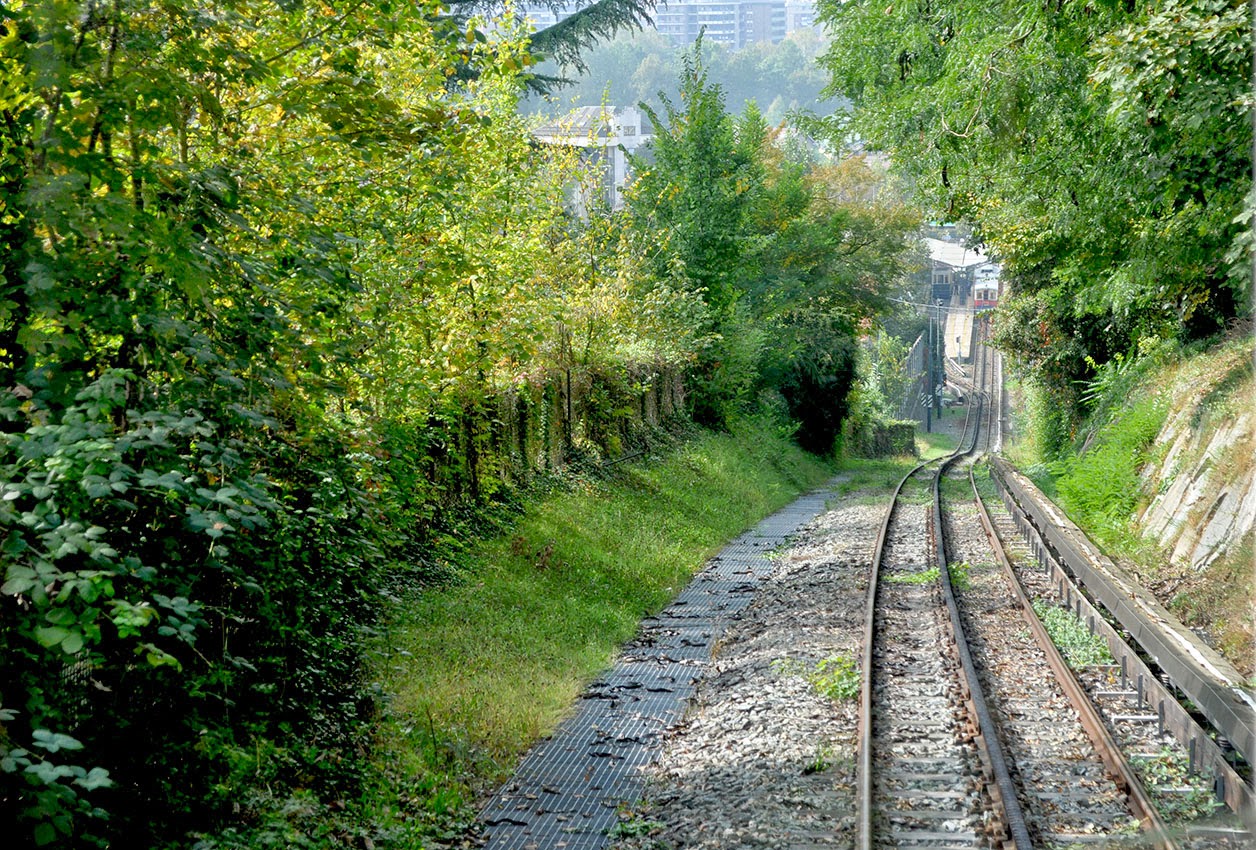 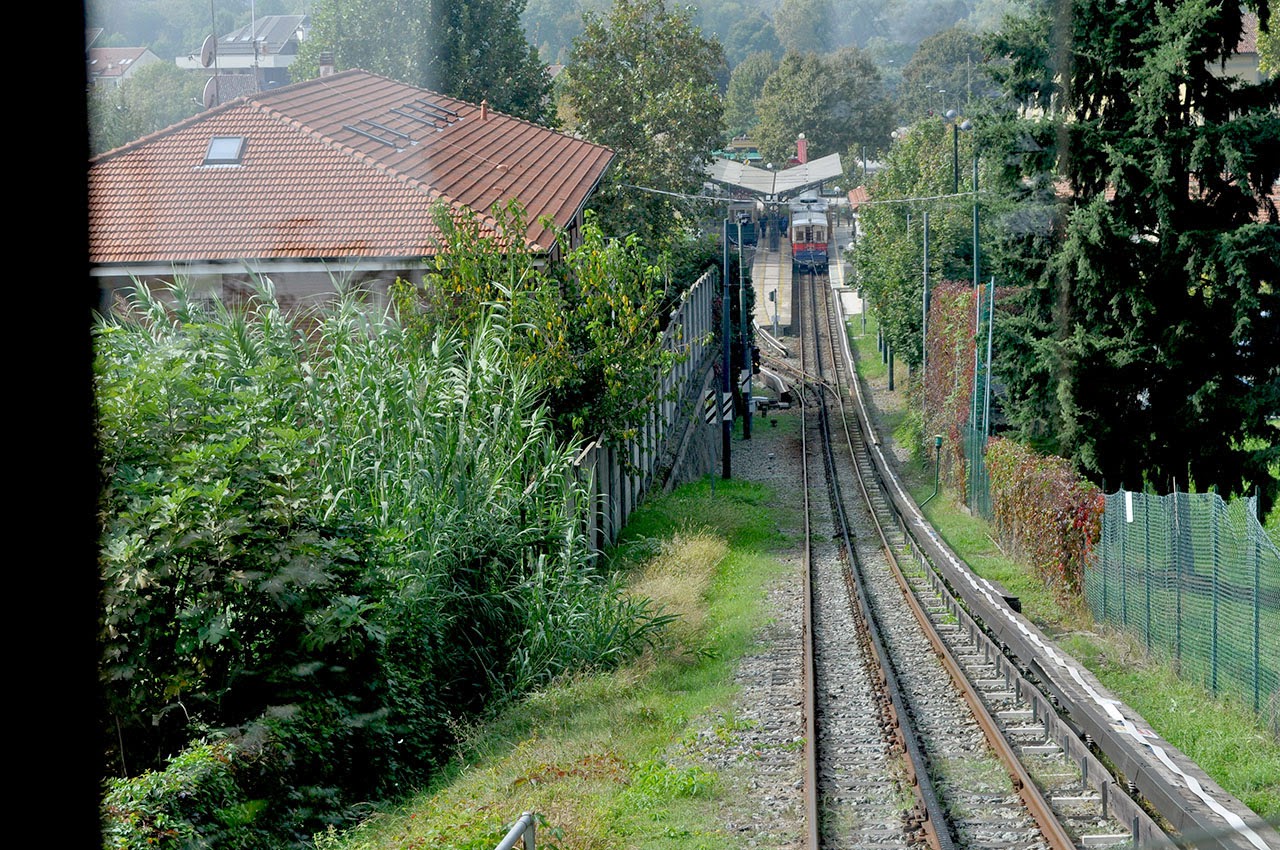 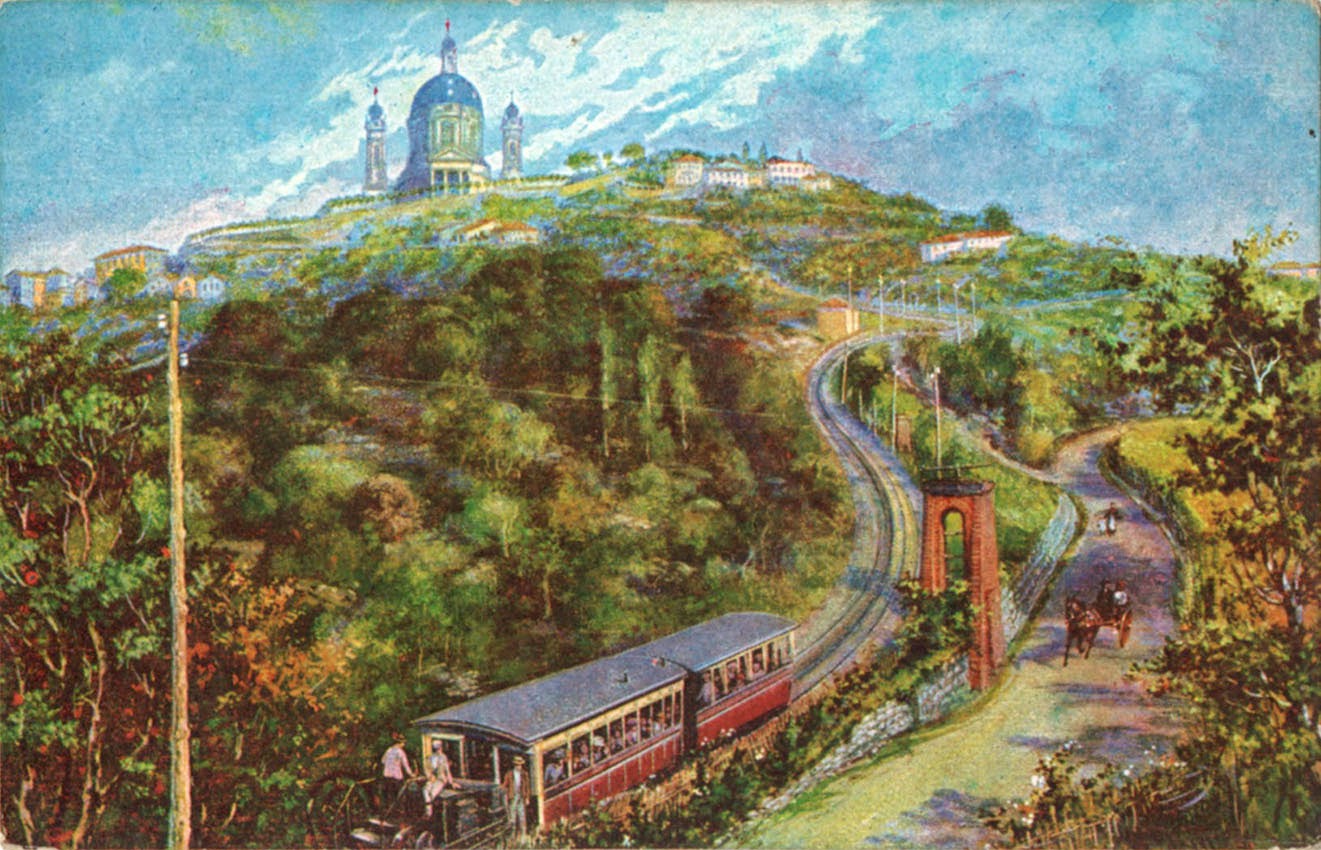