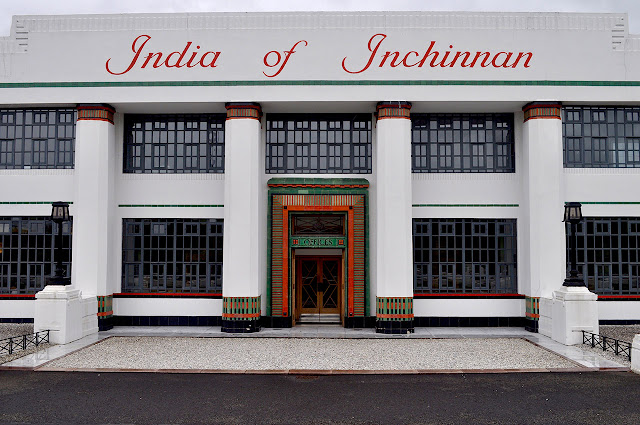 One day last June we drove through the rain along the A8 en route for Wemyss Bay and a ferry to Rothesay. On our left hand side, west of Renfrew, this crisply defined and immaculately maintained building shone through the gloom. When completed in 1930 it was known as India of Inchinnan and it began manufacturing tyres to meet increased demand from the rapidly growing band of motorists. It was an early example of a factory in a countryside location on a major road, far from canals or rail connections. The land on which it stands became available when the construction of World War 1 airships on the site came to an end. 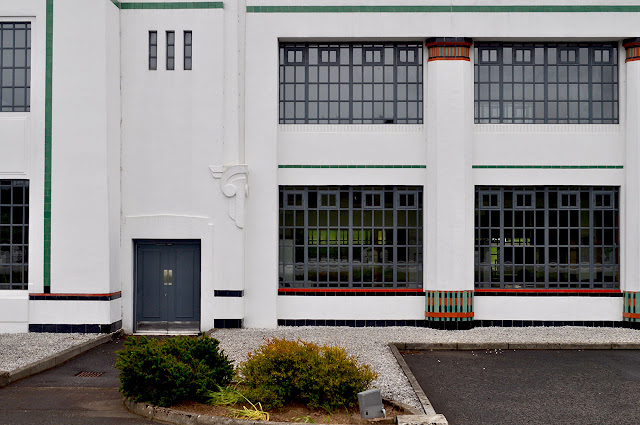 The business traded as the India Tyre and Rubber Company and the factory building was designed by Wallis, Gilbert & Partners, famous for the Firestone Factory (1929) and the Hoover Building (1932) in West London. The result was a long and impressive two storey office frontage in reinforced concrete finished in Atlas White cement with a manufacturing block behind. Tyre production ended in 1982 by which time the business was a subsidiary of Dunlop and only the office block survived. 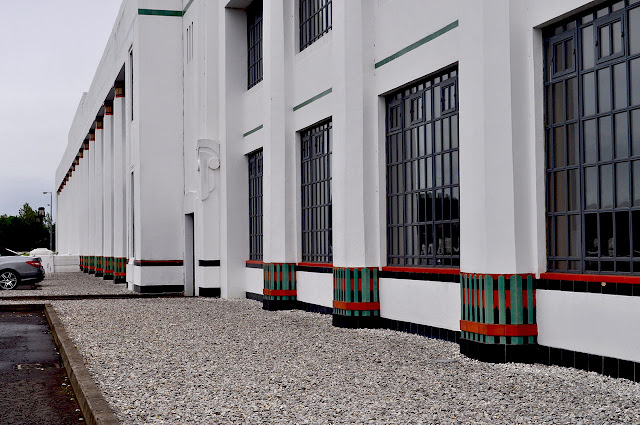 Almost two decades of neglect followed but after the building was listed Category A by Historic Scotland a restoration project was completed in 2003. The project involved extending the offices at the back and the enlarged premises are now occupied by technology companies. The facade and the entrance lobby are as originally built with the main entrance especially impressive with decorative bands of red, green and black faience applied to the caps and bases of the columns. The main doors are set into a proscenium arch with tiled and faience surround. Geometric Art Deco glazing bars add to the visual drama. It’s an object lesson in the successful reuse and rehabilitation of redundant buildings of special quality. 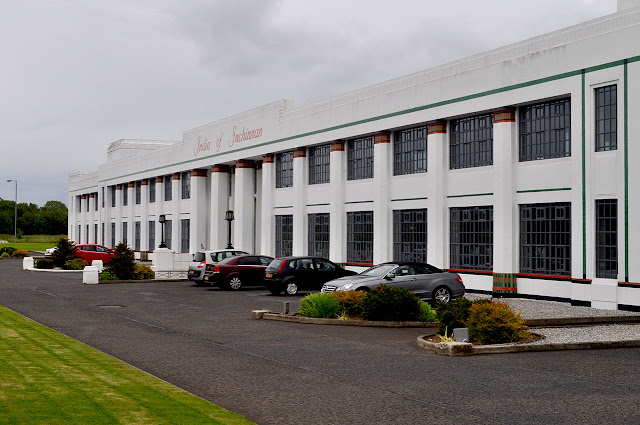 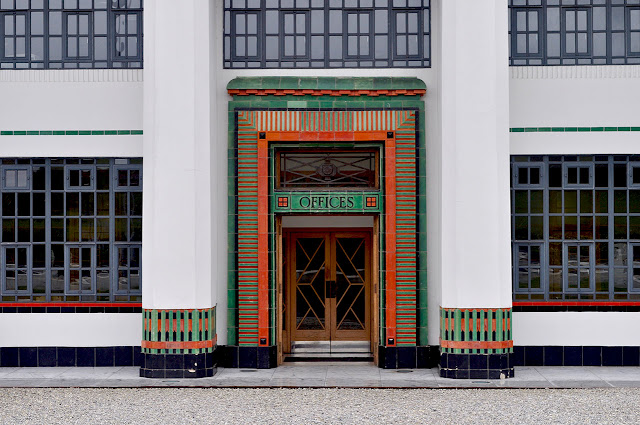 I was employed at India of Inchinnan from 1965 - 1973 , serving a 5 year electrical apprenticeship.

I have some very fond memories of my time there..

thanks for posting the pictures..