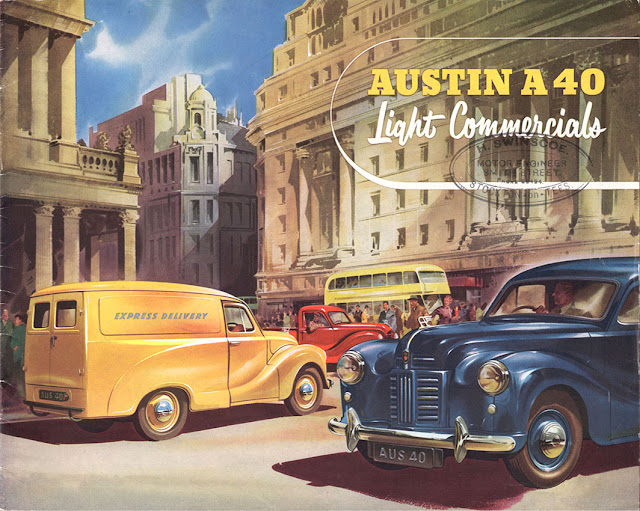 A sales brochure from the Festival Year, 1951 – when British-built vehicles ruled the streets. Brexit roads where Japanese cars were as yet unknown and only the occasional Fiat or VW intruded on an Anglo-Saxon virtual monopoly. Not only that, but in the pre-container era large volumes of British vehicles were hoisted on to merchant ships for distribution across the Commonwealth and Empire. The cover illustration is an unlikely sun-drenched evocation of a typical mid-century city centre (minus the bomb-sites) where sturdy Neo-classical Edwardian buildings tower over streets busy with pedestrians. Post-war optimism unlimited – with a curious absence of street lighting. On the inside pages air-brush artists have been busy creating flawless likenesses of all the new models in their natural habitats. Plus exciting cutaways of advanced technical features. All-steel construction and dependability were key selling points as well as “congenial driving conditions”. 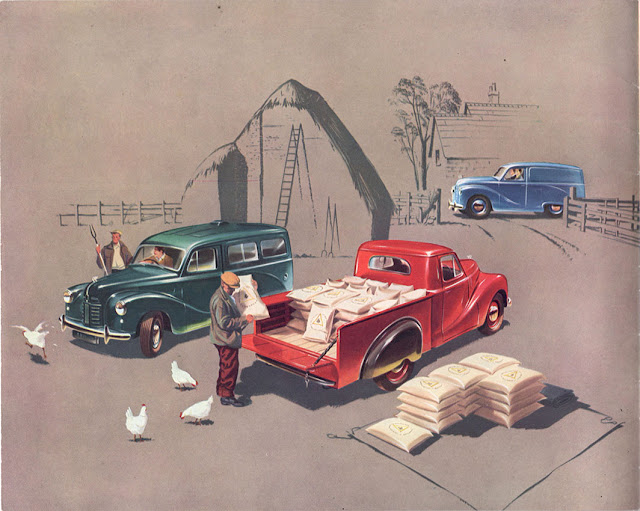 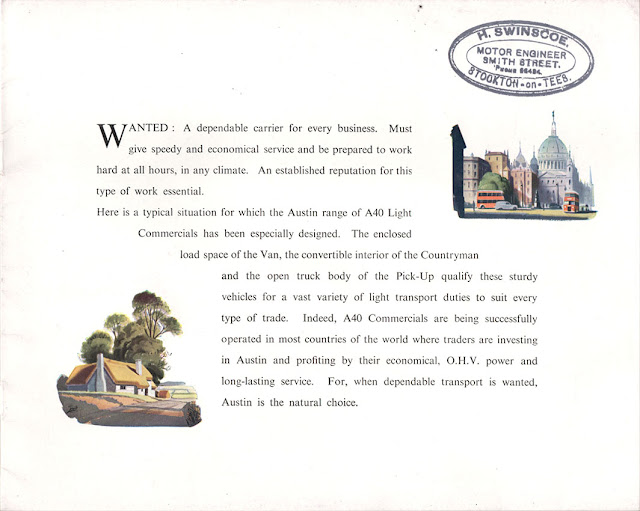 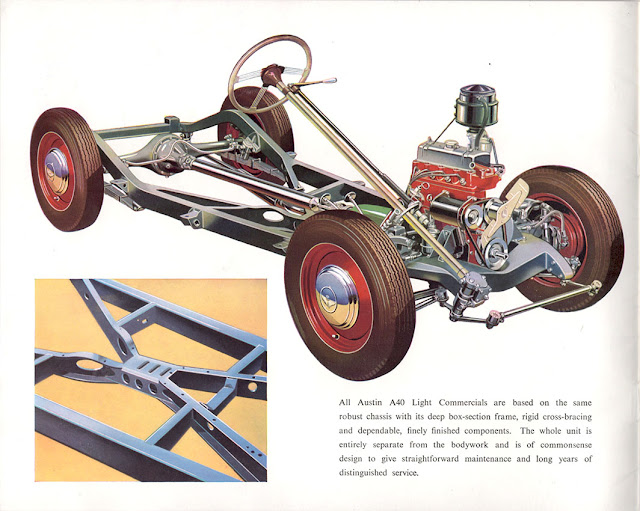 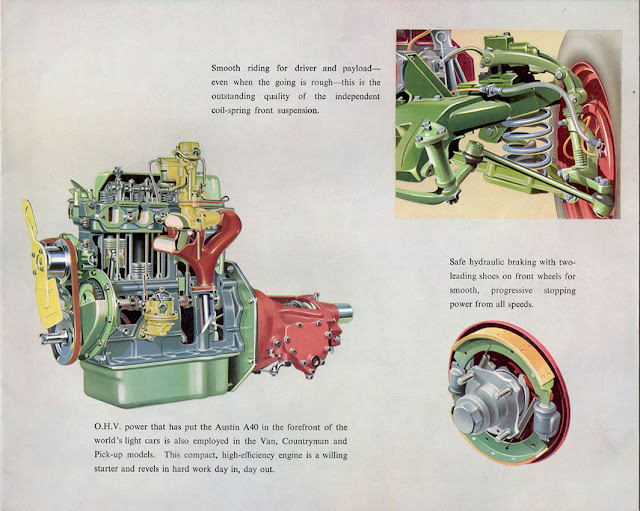 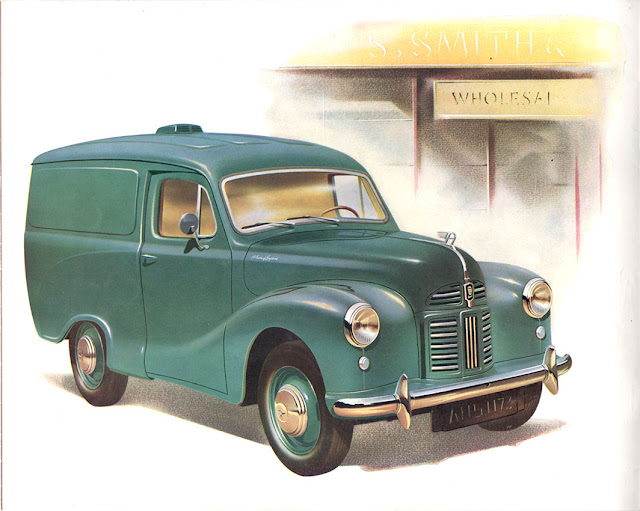 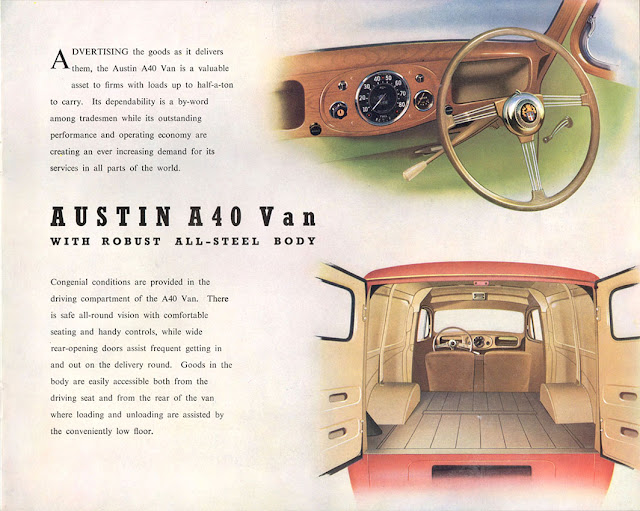 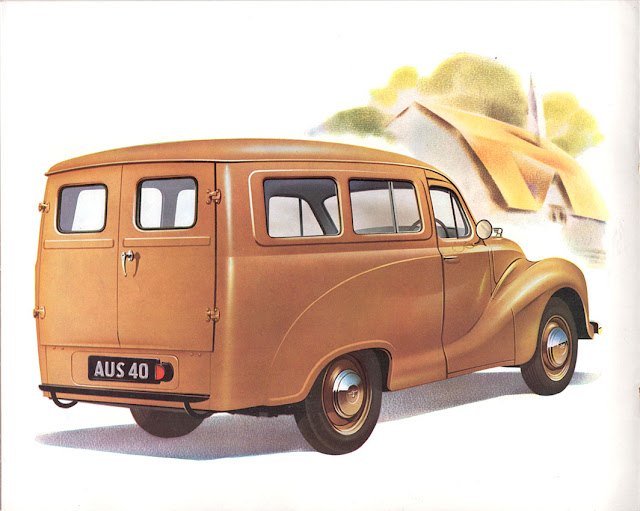 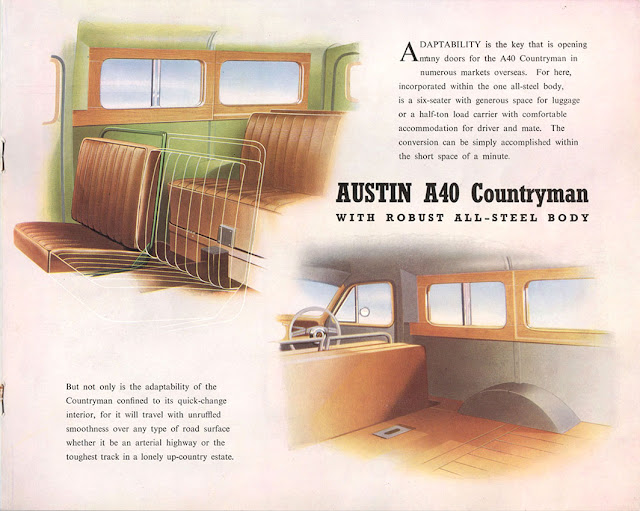 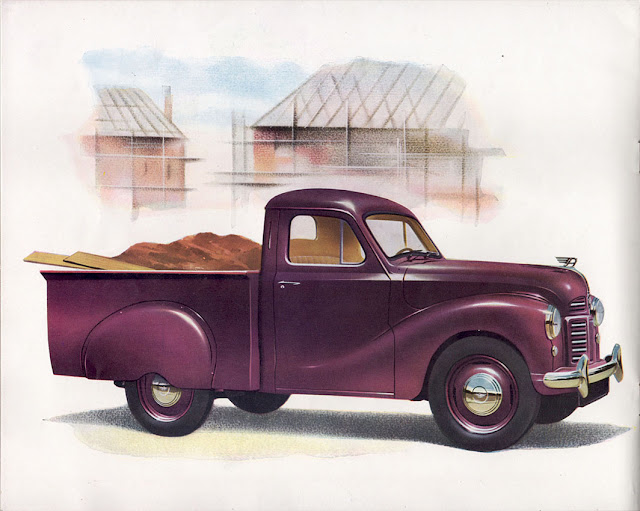 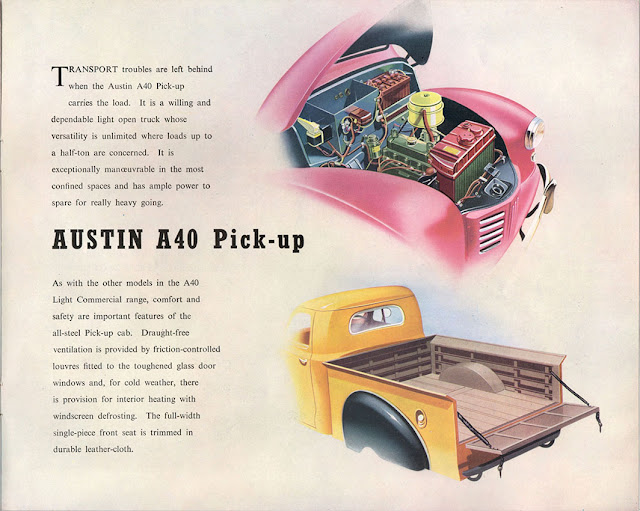 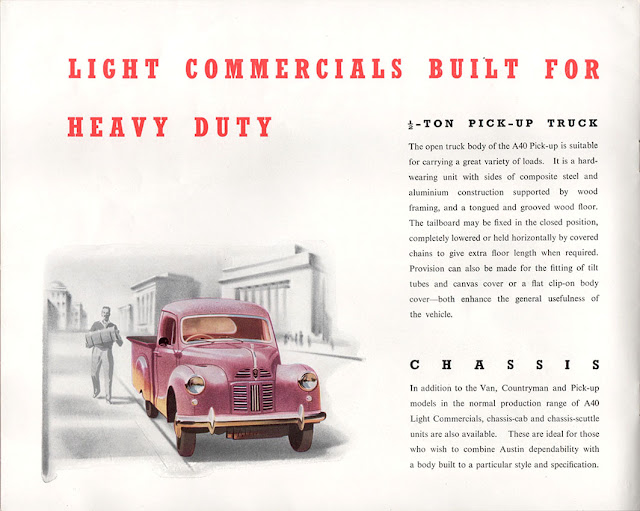 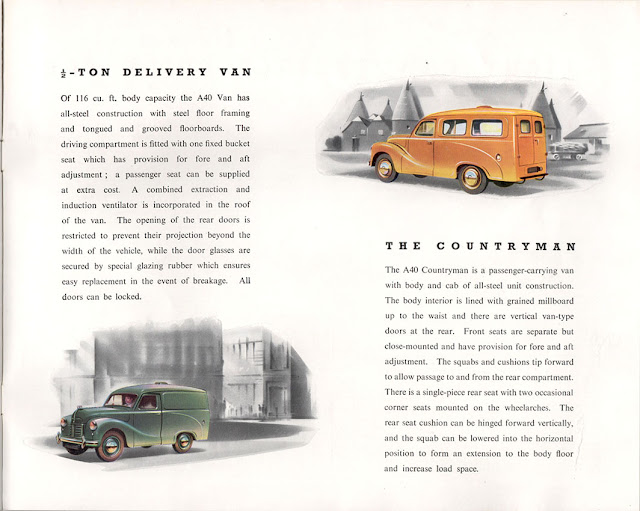 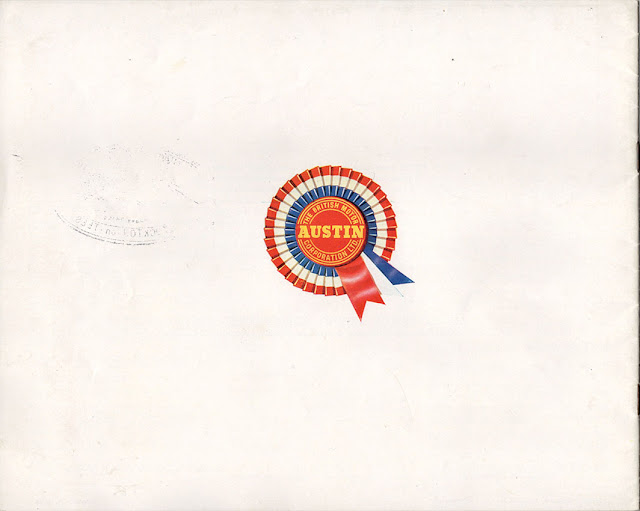