An Excursion to Bedford Park 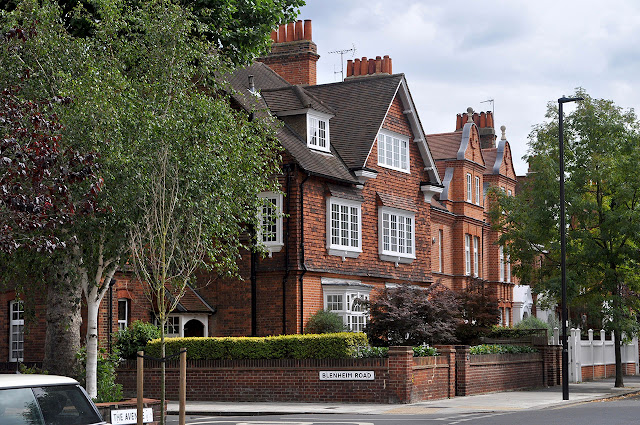 Jonathan Carr’s good fortune was to marry into a family with extensive holdings of agricultural land in the vicinity of Turnham Green station. What is now the District Line reached Turnham Green in 1869 when the London & South Western Railway opened an extension from Kensington to Richmond enabling through trains from Mansion House in the City. Carr’s plan was to develop the family land for residential use and market the housing for renting to the rising middle class with a taste for the clean air of the western suburbs with a 30 minute connection to their City offices. To confer prestige on the development, to be known as Bedford Park Estate, Carr engaged the services of eminent Victorian architects – E W Godwin to begin with, and later and more effectively, Richard Norman Shaw. The layout was informal with a central spine (The Avenue) and made use of existing mature trees where possible to enhance the verdant aspect. Shaw’s office supplied 5 or 6 designs for varying sizes of dwelling from which individual features were permutated to give the impression that each house was of unique design. Other builders and planners became involved alongside some of Shaw’s employees and there seems to have been a free-for-all where windows, gables, doors, bays, pediments and picturesque detailing were swapped at will as the development grew. 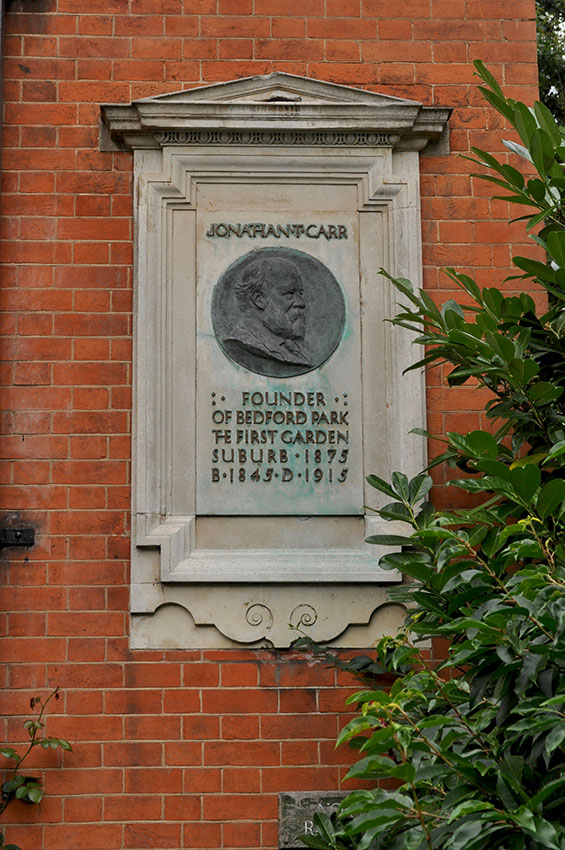 Carr was a well-connected entrepreneur with an ambition to match. His plan was to finance the construction of the grandest house on the estate (the Tower House, now destroyed) from which to survey his great work and enjoy the fruits of his labour. He had an idea to attract the custom of London’s artistic community in the theatre, design and visual arts with a vision of salubrious suburban life surrounded by like-minded gently Bohemian citizens. This campaign was greatly assisted by his brother, Comyns Carr, art critic of the Pall Mall Gazette and from 1877, a director of the Grosvenor Gallery and therefore well acquainted with the likes of Rossetti, Burne-Jones and Whistler. Artists of the first rank were far too grand for Bedford Park but Carr had some success in recruiting from the second rank and supporting cast. The most eminent artist associated with Bedford Park was not from the Aesthetic Movement but an anarchistically inclined Impressionist, Camille Pissarro who spent part of summer of 1897 living and painting in the house of his son Lucien on Bath Road. Most of the paintings are of Stamford Brook but there is one that shows suburban life to be seen in the Ashmolean in Oxford. 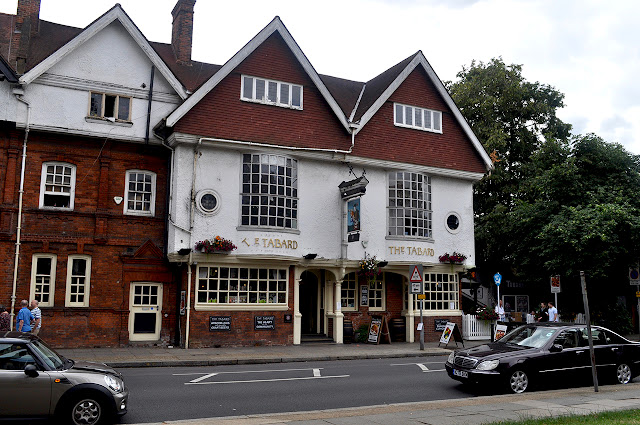 A Carr innovation was the provision of a public house (The Tabard Inn of 1880), general stores, social club and tennis courts for the convenience of his tenants and to add to his revenue stream. Opposite the pub was a church but Carr had no interest in the moral welfare of his community – business always came first. Carr’s priority was to extract maximum value from his investment and unlike many successor projects with more philanthropic objectives, there was no provision for public open space at Bedford Park. Despite this, Bedford Park would serve as an inspiration for the Garden City movement and a model for future developments at Hampstead Garden Suburb and Letchworth. 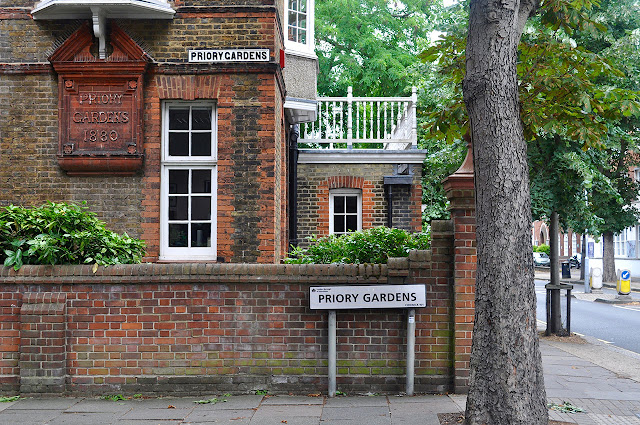 An 1882 advertisement claimed, without qualification that Bedford Park was “The healthiest place in the world” with an annual death rate of only 6 per thousand. One of the early residents was so overcome by the picturesque ambience and abundance of stately trees that he described life in Bedford Park as living inside a water-colour. This couldn’t last indefinitely and the estate slowly declined into poorly maintained multi-occupation. In 1963 the Bedford Park Society was formed to defend the estate from inappropriate redevelopment and successfully campaigned for conservation area status with many of the earliest dwellings additionally protected by Grade II listing. To my untrained eye all seems well in today’s estate with almost every home well maintained and the obligation to employ exclusively white paint universally observed. Carr’s original layout left very little space between building plots – front gardens were just a few paces from the pavement and back gardens were modest – not much space for swimming pools. Many houses had internally cramped spaces. The result is that today’s affluent London property owners, obsessed with adding living space on top of or underneath their homes have very few options in Bedford Park for as long as present planning policies are upheld. 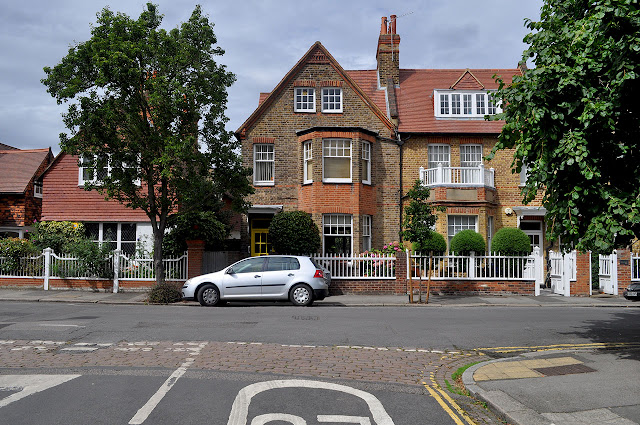 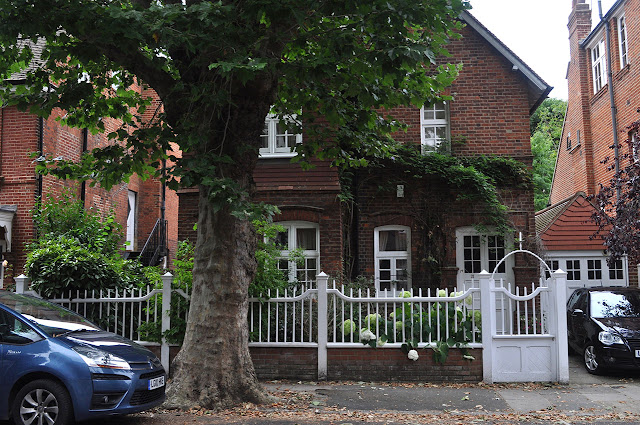 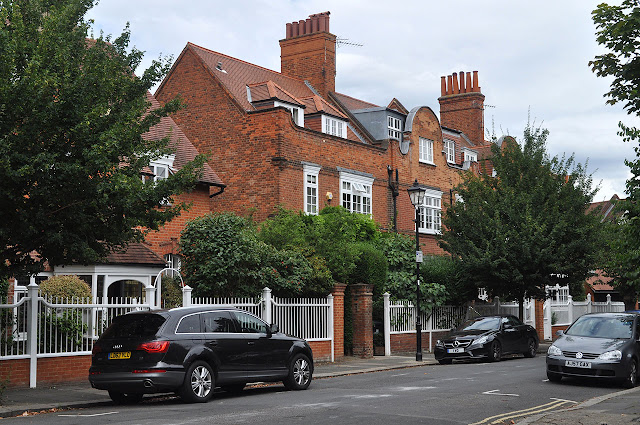 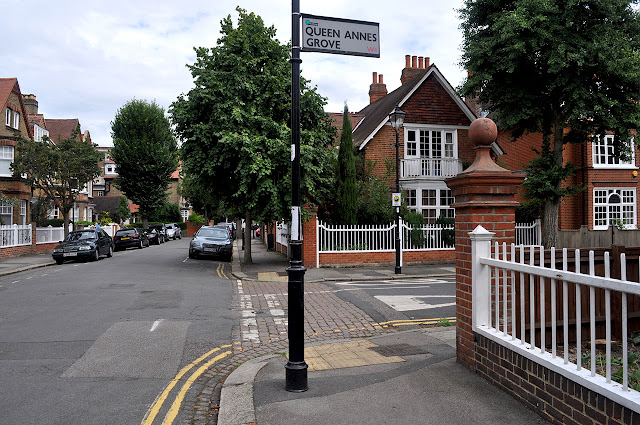 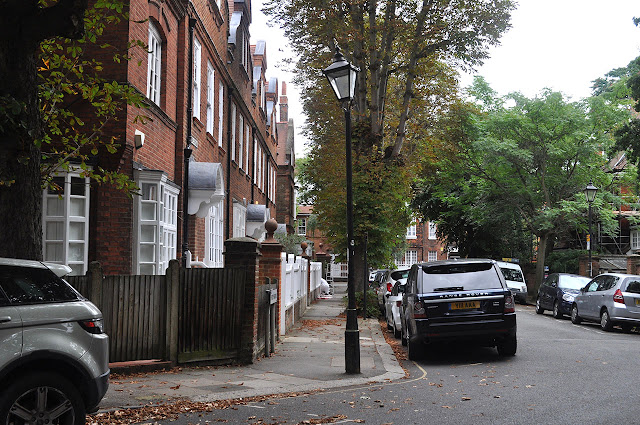 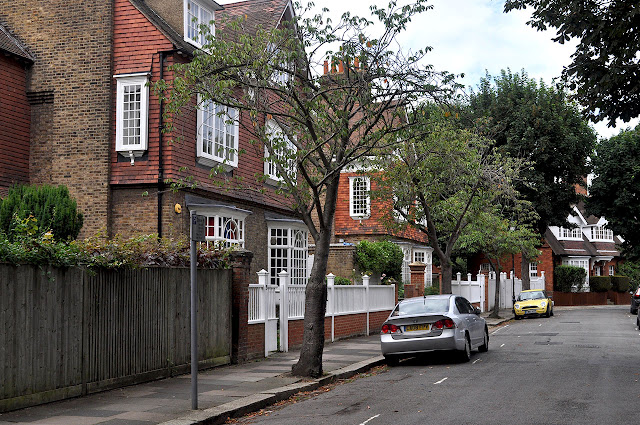 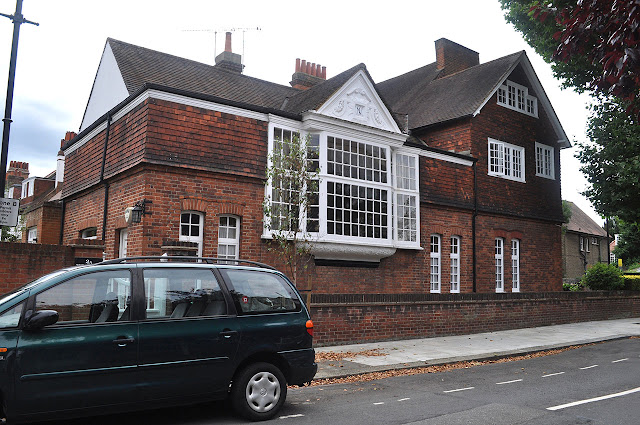 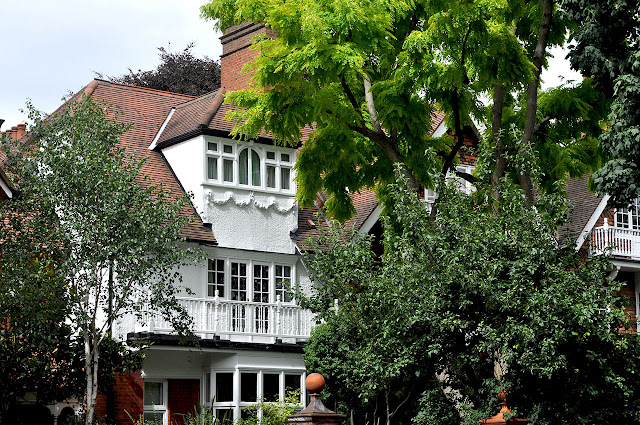 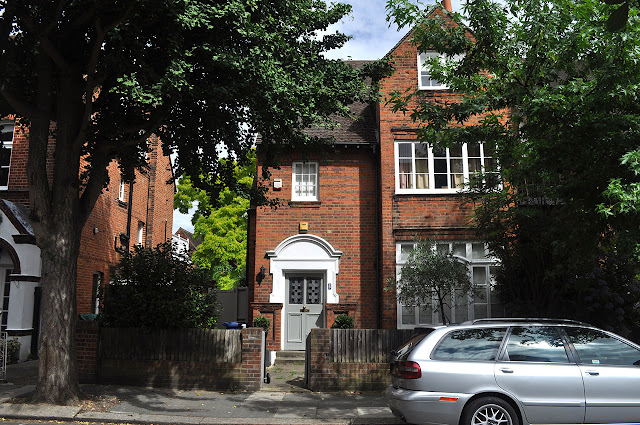 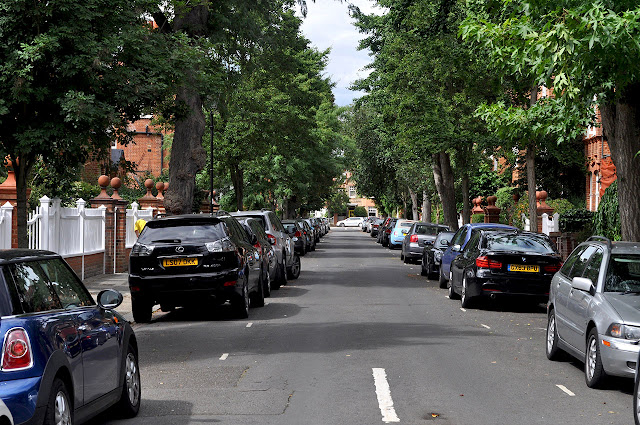 A very good account with super photos. I posted a link to it here http://marshallcolman.blogspot.co.uk/2016/08/bedford-park-artistic-suburb.html