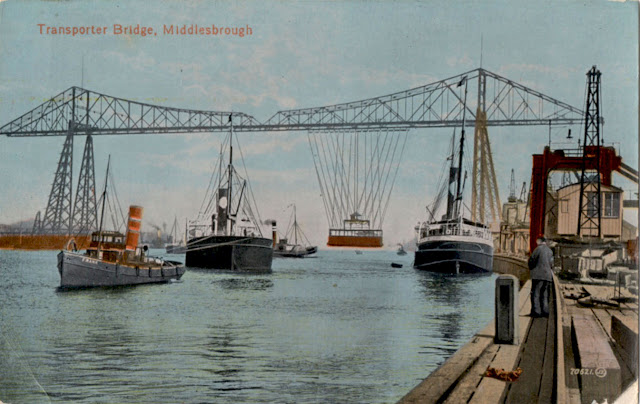 The Victorians gave the name Ironopolis to Middlesbrough at a time when it was the fastest growing town in Britain. A rapidly expanding steel industry attracted migrants from all over England, Scotland and Ireland to feed a massive demand for labour. Locals were justly proud of the industrial traditions that included the manufacture of the components for the Sydney Harbour Bridge and the Tyne Bridge in Newcastle. After almost five decades of industrial decline, Middlesbrough today is an exemplar of Left Behind Britain. In 2015 the town was awarded the accolade of most deprived local council area in England. No surprise that Middlesbrough voted 65% in favour of leaving the EU. 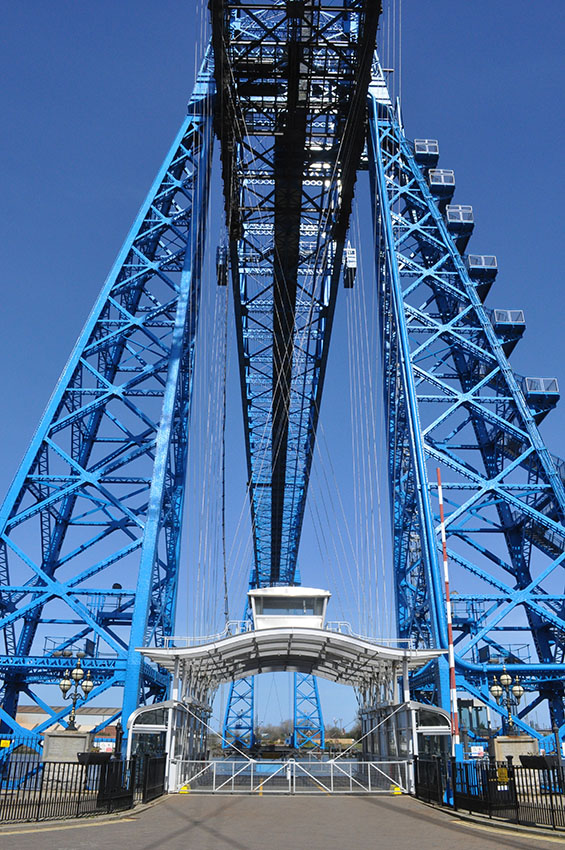 The Transporter Bridge, opened in 1911, has been maintained in continuous working order although on the day of our visit it was out of action due to an electrical fault. The local authority has developed the bridge as a visitor attraction with an interpretation centre and a lift that takes the public to the overhead walkway. The lift was still in operation giving the opportunity to take photographs from the top. My father, in an unusually anecdotal mood, once told me how as a young man in the 1930s he made use of the bridge on his daily commute to central Middlesbrough. To avoid the expense of riding in the gondola, he, and many others would shoulder their bicycles and climb the metal staircase, cross over the top and descend on the other side. Given the height and constrained dimensions of the steps this was a prodigious feat of strength and co-ordination. With a north-easterly wind driving North Sea winter rain and sleet it must have been a major challenge. 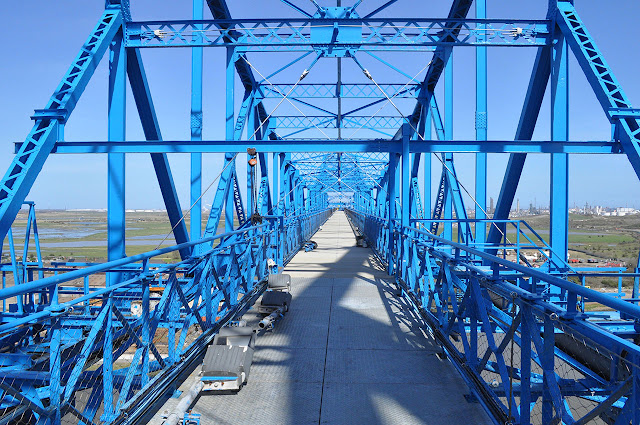 Our visit took place on a day of brilliant April sunshine, illuminating panoramic views of Teesside and the surviving blast furnaces, steel mills and chemical processing facilities. Ships still pass under the bridge with cargos of petro-chemicals and pipeline equipment for the North Sea oil industry is still produced in the shadow of the bridge. A melancholy sight visible from the bridge is the abandoned carcass of former British Rail vehicle ferry and party boat, the Tuxedo Royale that has been decaying here for more than 5 years. There is no registered owner and nobody to take responsibility for its fate. It’s too tempting to see it as a metaphor for the fate of British industry.

February 2018 and Will Self’s Great British Bus Journey brings him to Ironopolis. A little out of sorts due to an absence of tomato juice on Teesside, he is confronted by the majestic blue form of the Transporter Bridge and incredulously demands to know, “What’s it for?”. “It’s to get you over the other side”, is the laconic reply. It’s obvious that the world of bridge engineering is not Will’s strong point as he struggles to give names to what he sees, rambling on about a “little basket” and a “dangling cradle”. “It’s a gondola”, somebody mutters in the background. 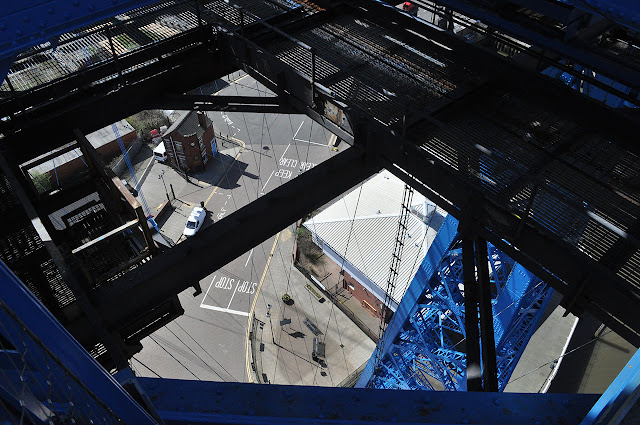 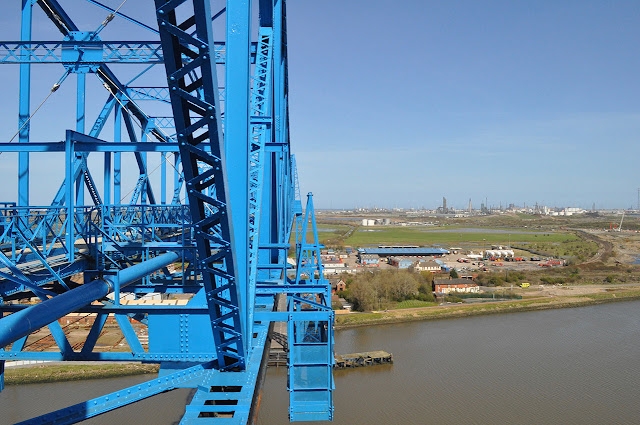 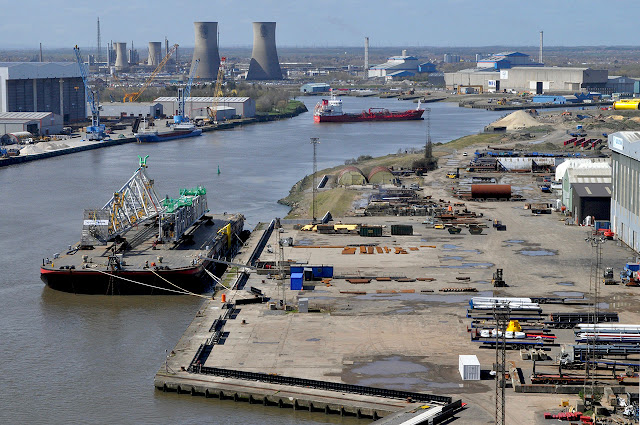 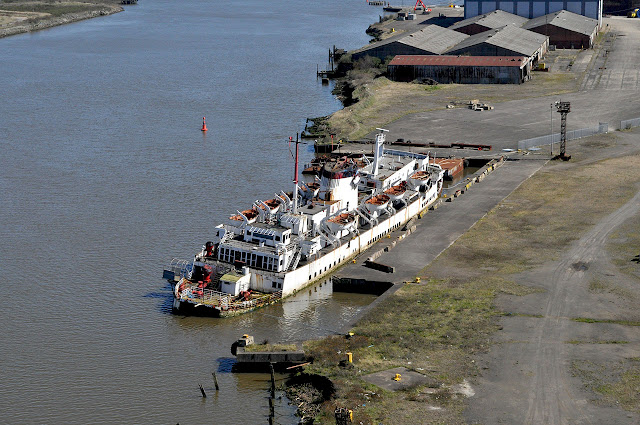 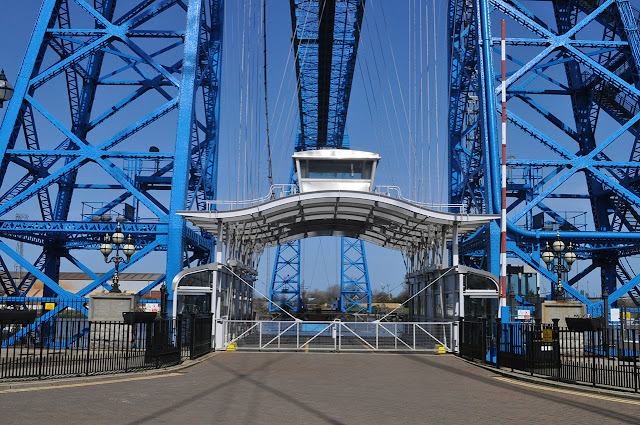