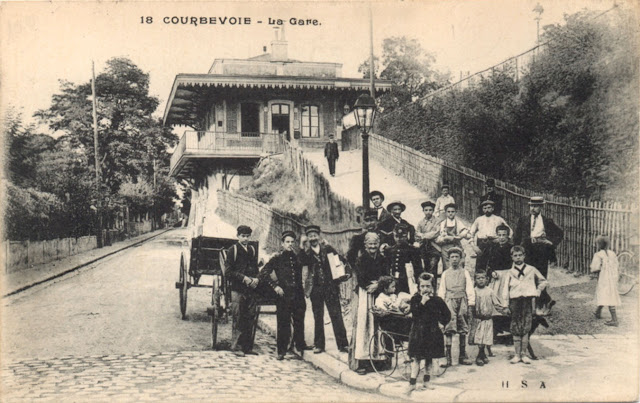 A resourceful postcard photographer has attracted a large and varied cast of characters to add vitality to his picture. Either side of centre is a group of postal workers and messengers and a grandmother in charge of a pram containing an over-sized child and a curious baby that peers out at the camera. Assorted ragamuffins and passing labourers make up the numbers. A girl on the extreme right walks off in the opposite direction in a gesture of independence. The station still exists and is served by Transilien services from Gare St-Lazare to the western and south western suburbs of Paris. In the 19th. century Courbevoie was a major industrial centre (home to Banania among others) but much of the industry has moved away leaving behind a largely residential suburb. The ostentatious corporate tower-scape of La Défense has occupied the southern district of Courbevoie since the 1970s – nine out of the ten largest businesses in France are now headquartered there. 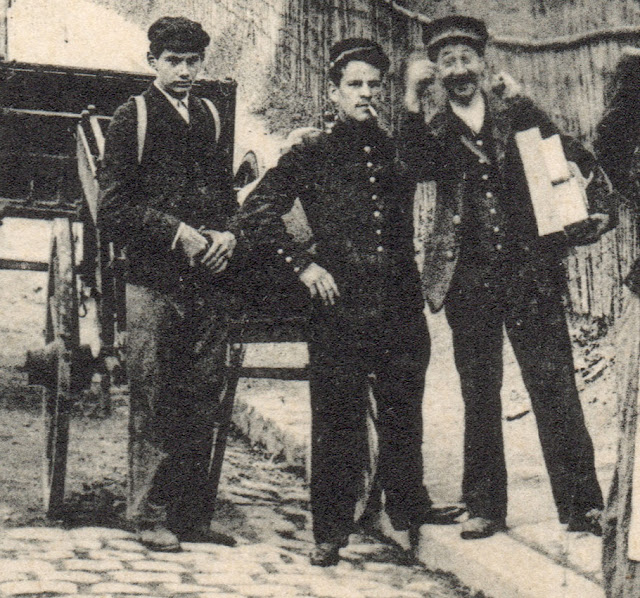 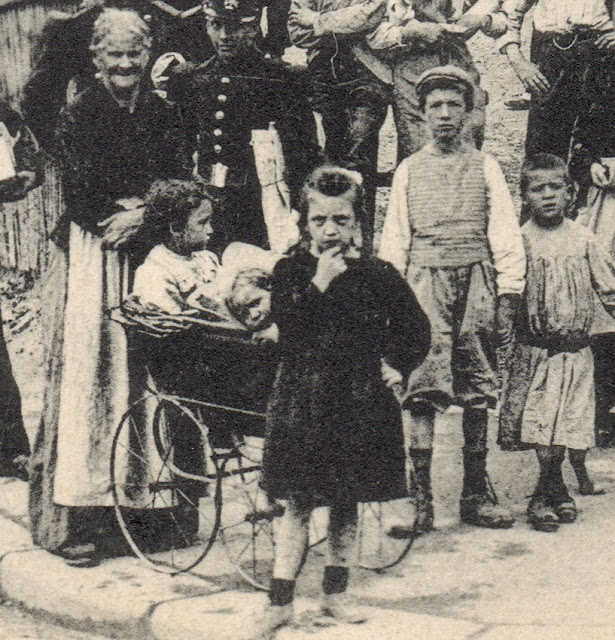 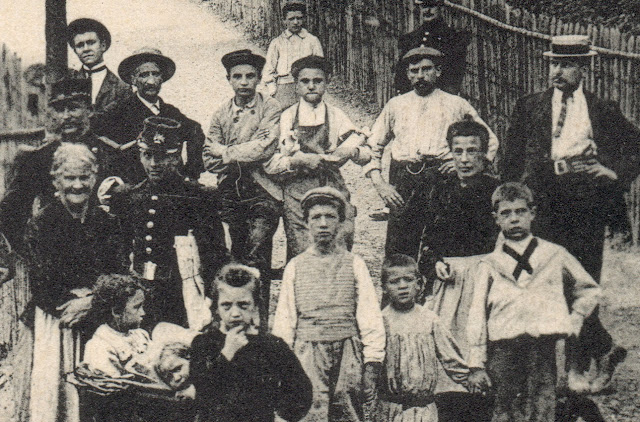 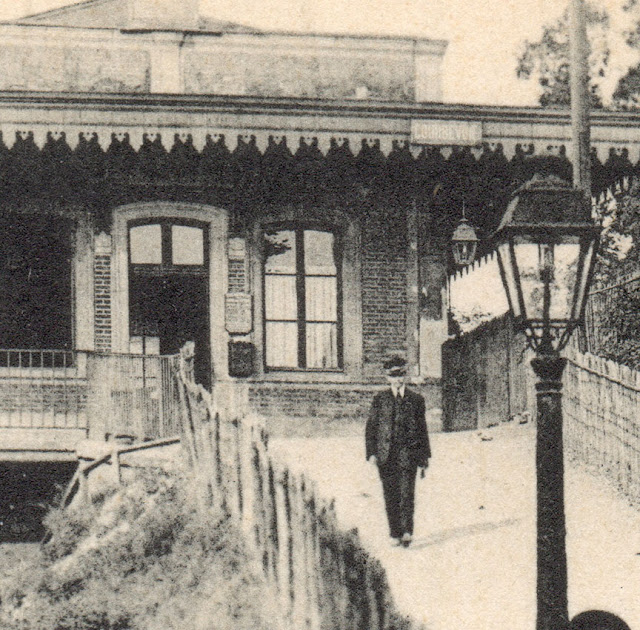