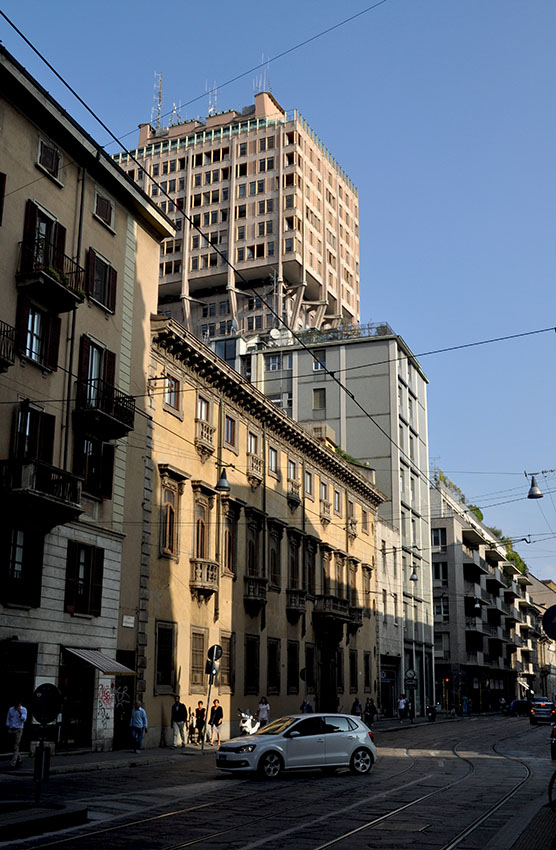 There are few modern buildings in the centre of Milan and Torre Velasca is a rare example. Built in 1957-58 to a design by BBPR Partners (R standing for Ernesto Rogers, cousin to Richard Rogers), it has 26 floors of which the upper 8 floors occupy a larger floor area giving the complete building a highly distinctive mushroom-like appearance. The architects claimed that its form echoed the shape of traditional Lombard defensive structures. Be that as it may, the principle advantage was the provision of additional floor space to maximise the rental potential. 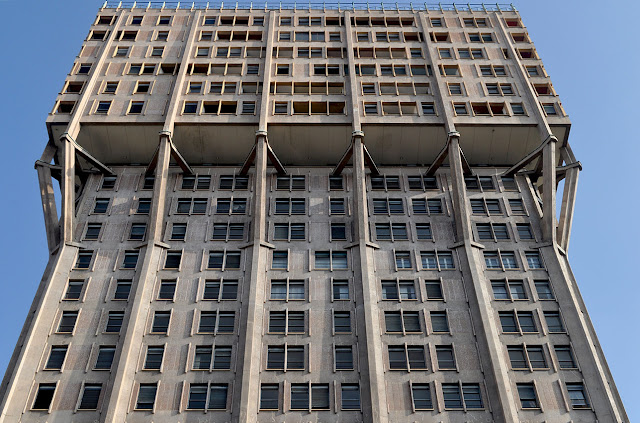 The upper 8 floors of Torre Velasca are occupied by apartments; the lower floors are used for office accommodation. The architects took care to avoid excessive repetition by distributing the fenestration on a semi-random basis. The overall impact of the tower on its surrounding streets is less than might be expected given its stark unembellished presence. The austere concrete façade and the looming upper floors supported by muscular concrete brackets suggest a proto-Brutalism. YouTube has a short film, dialogue heavy (in Italian), for those who want to see more. 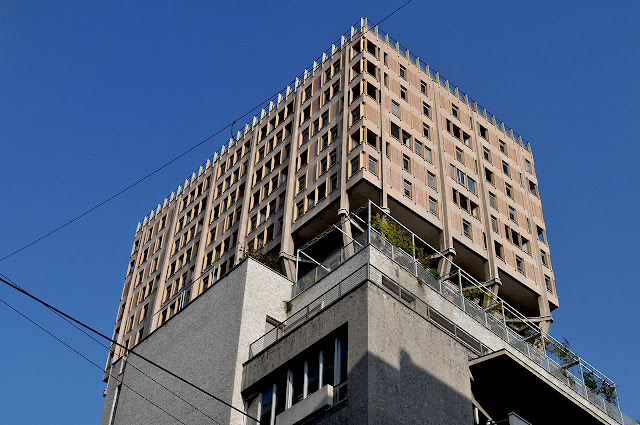 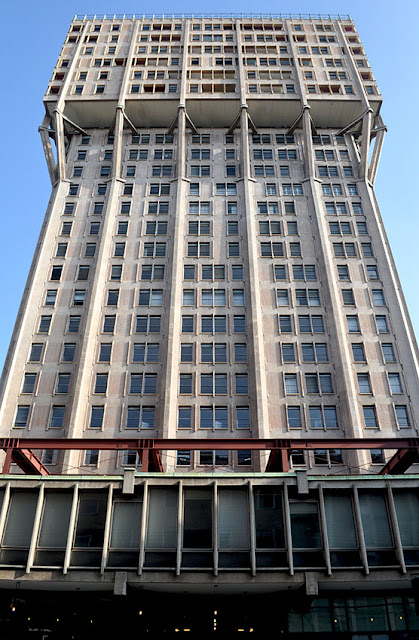