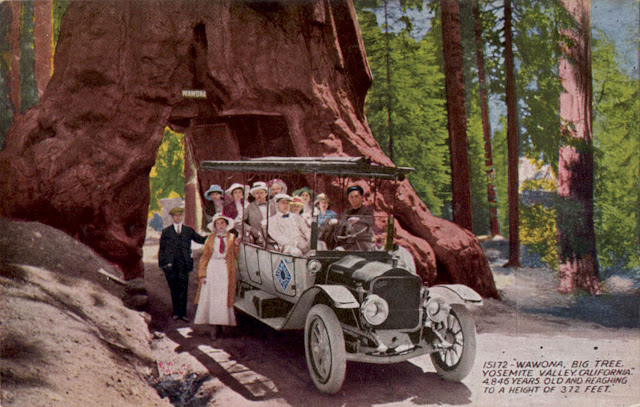 This ancient Giant Sequoia tree was estimated (in the 1920s) to be 4846 years old, a suspiciously precise number. Whatever the true figure it lasted only another 40 years or so. It’s home address was Mariposa Grove, Yosemite National Park and in 1881 it suffered the indignity of having a tunnel hacked through its base by the Yosemite Stage and Turnpike Company to enhance its value as a tourist attraction. It certainly made for some eye-catching postcards as vehicles and celebrities passed through the aperture. The end came in February 1969 after heavy snowfall settled on the crown causing it to tilt. Felled in the interests of safety, it can still be seen lying in a horizontal position. 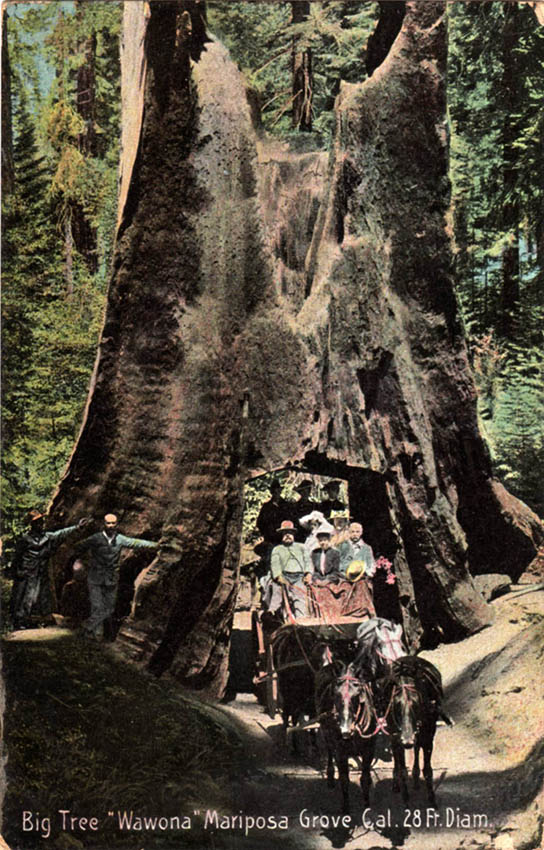 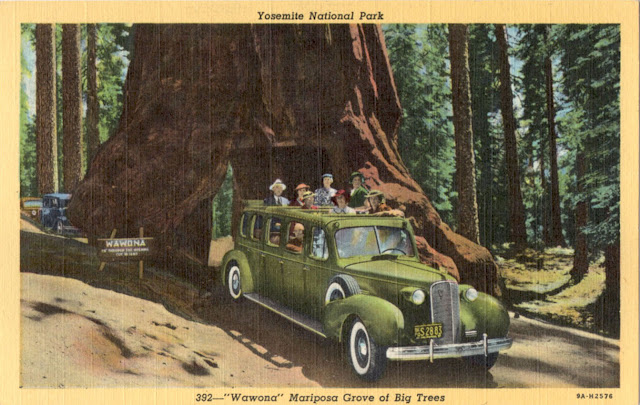 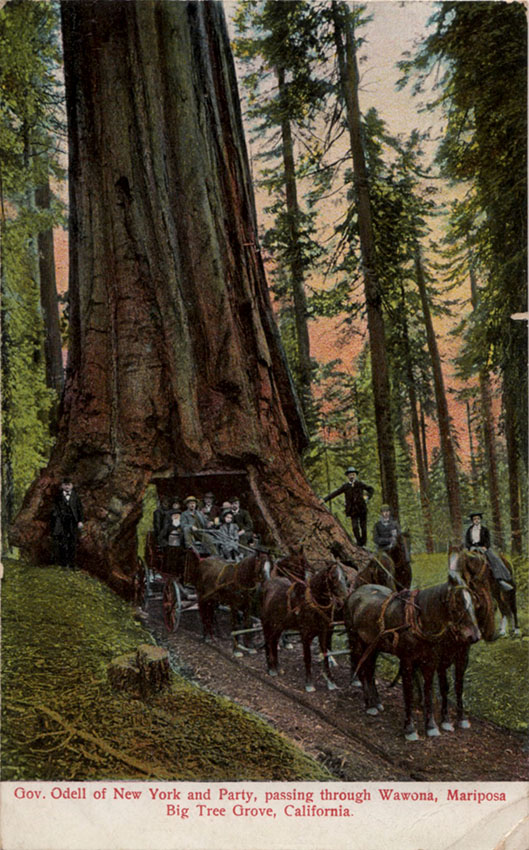