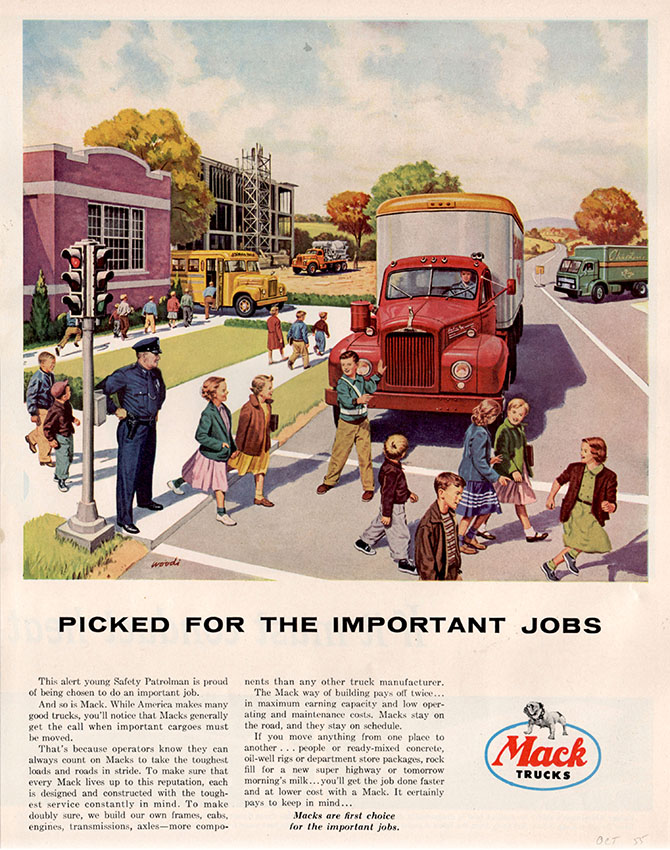 Mack Trucks were assiduous mid-century advertisers, not only in the business press like Fortune but also in general interest, consumer magazines like Life and Saturday Evening Post. It made sense to reach out to the captains of industry in an age when vehicle leasing was in its infancy. The case for consumer advertising is less direct but seems to have been about brand awareness and building strong community associations in the public consciousness. In the fashion of the times they employed hyper-realist illustration to glamorise the vehicles and portray the higher calling of community service. The company symbol of the bulldog with its four-square stance and barely controlled aggression made regular appearances. First responders race through the city streets in bright red Mack fire-trucks while in the nation’s small towns, volunteer crews rush to the neighbourhood fire station where another Mack is prepared for a rescue mission. Life without Mack trucks would be inconceivably insecure is the message. In its prime, the Mack was an all-American brand with the power and standing of, say, Harley-Davidson or Levi Strauss but since 1990 it has been owned and operated by AB Volvo. As of March 2017, Mack truck’s US market share was 10.4%. 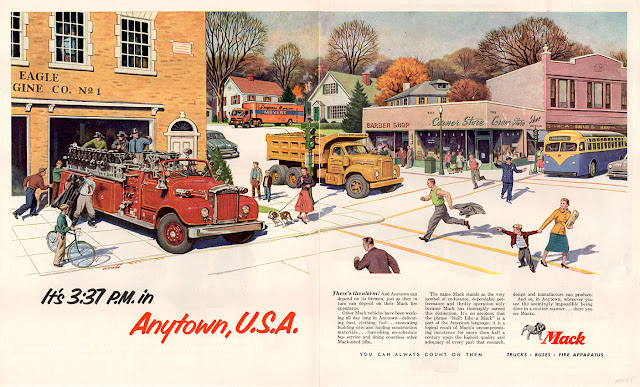 Most of these examples carry the signature - Woodi - which tells us it’s the work of Woodi Ishmael (1914-95). Woodi was an illustrator who never graduated to the upper echelons of the profession but had the ability to make a decent living working to his strengths – which included a high degree of technical finish, a flair for well-observed figure compositions and an eye for idealised Americana, perhaps best seen in the image of scrubbed-up, shiny faced schoolchildren crossing the road under the avuncular eye of the neighbourhood cop. This post concludes with four ads for another of Woodi’s major clients, Mathieson Chemicals. According to this source, Woodi was the official courtroom artist when Jack Ruby went on trial for the murder of Lee Harvey Oswald in 1963. 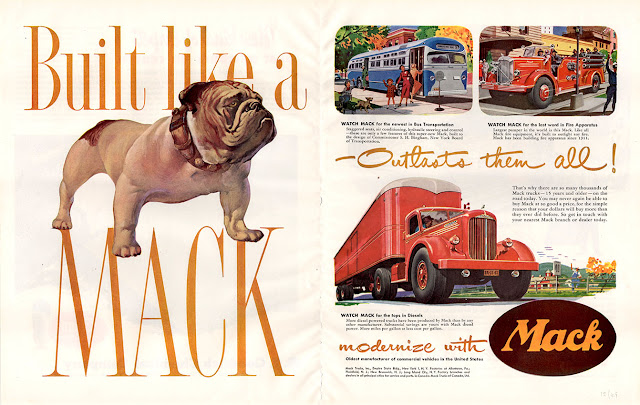 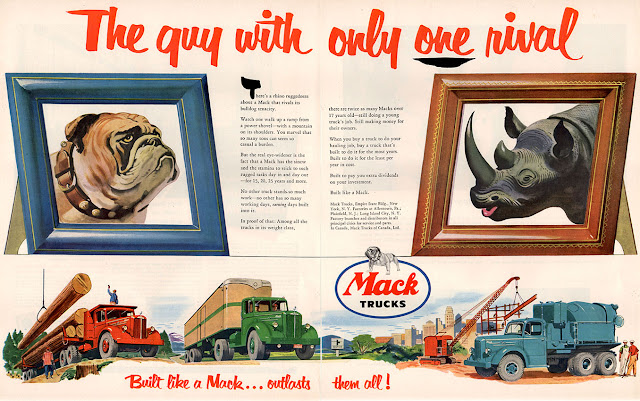 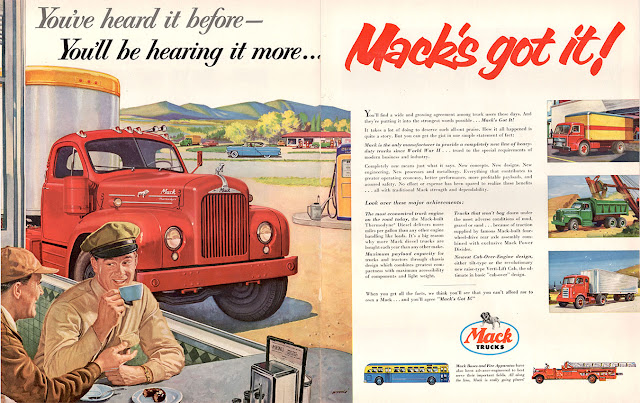 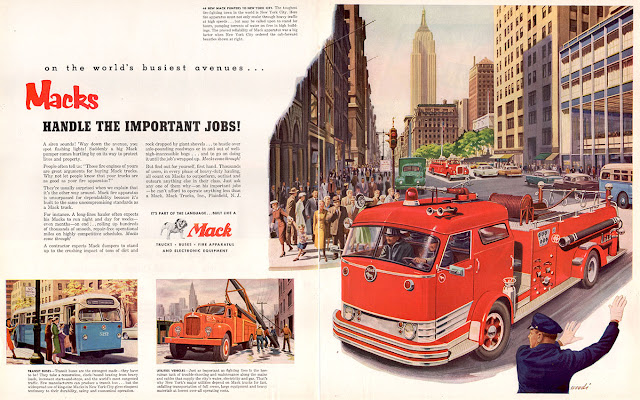 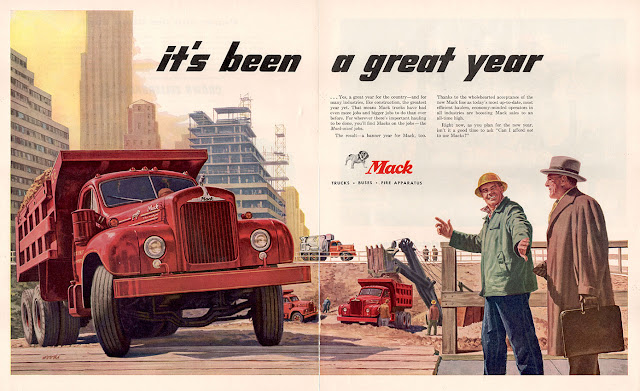 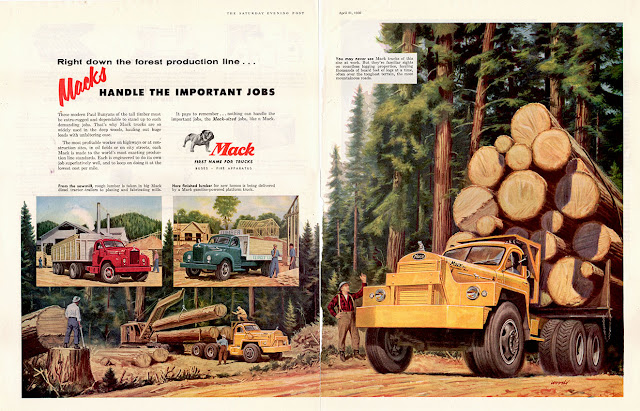 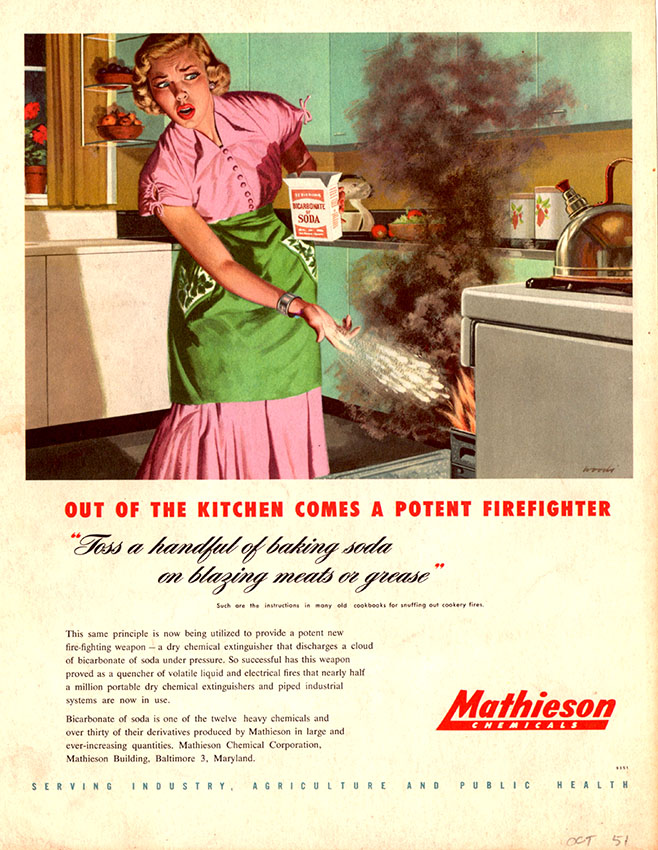 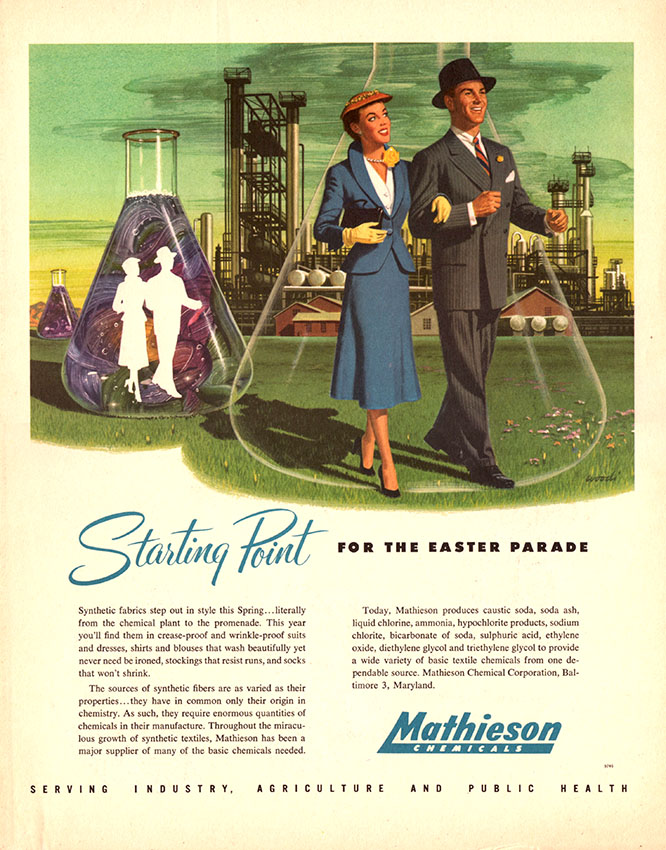 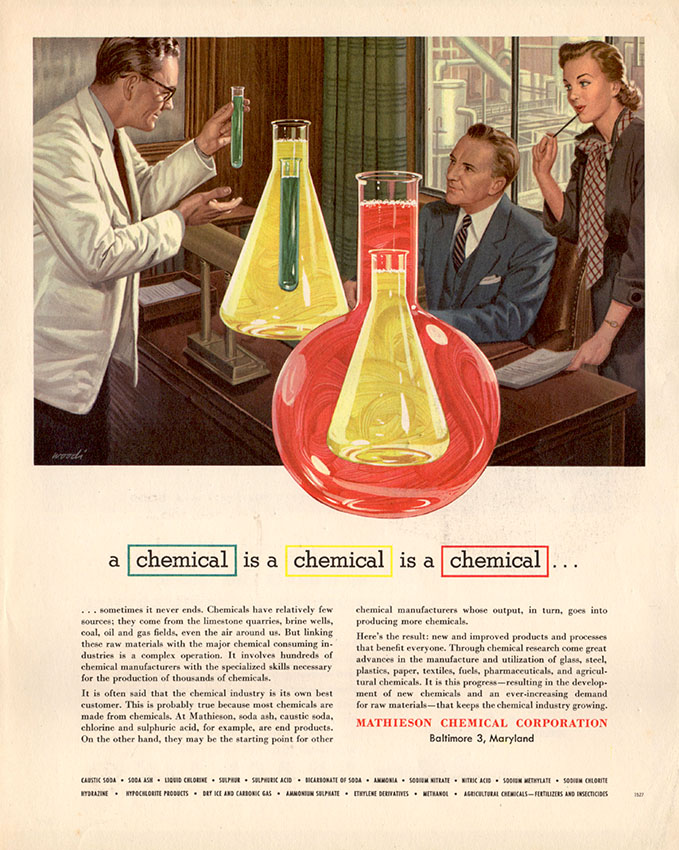 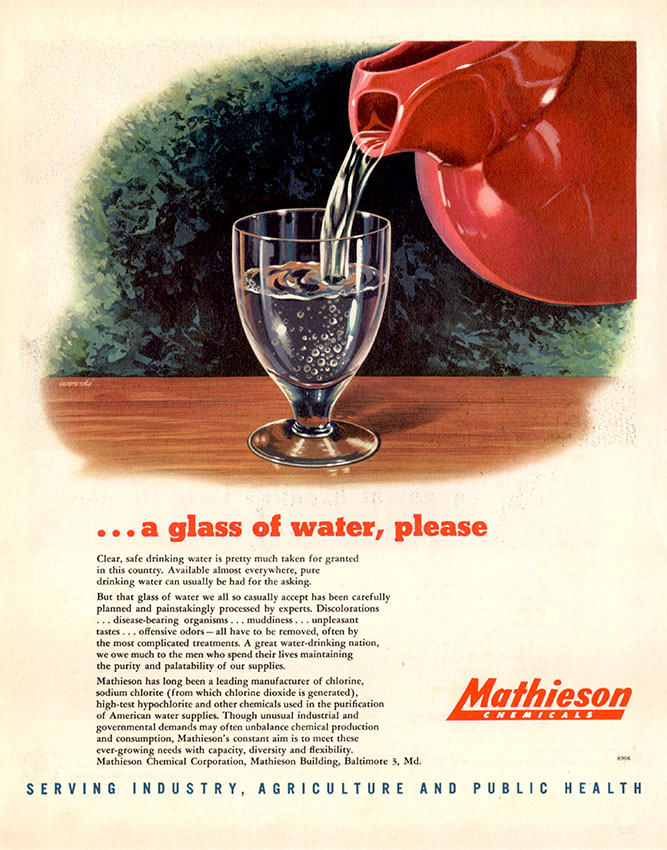