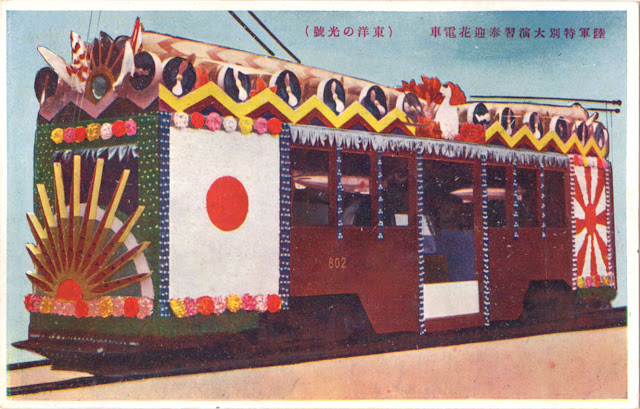 At first glance these postcards seem to be an expression of an aesthetic impulse to embellish the harsh rectilinear forms of a streetcar with the soft and organic forms of floral decoration. Japanese visual culture places the highest value on refinement but something else appears to be going on here. More sinister and militaristic imagery appears on closer inspection, alongside a profusion of national flags and naval ensigns. Airplane cut-outs could be taken as celebrations of technology but there’s no ambiguity about the slender forms of falling bombs. A formidable armoury has been deployed in floral disguise including aircraft propellers, torpedoes and artillery. The best guess is that this is a souvenir of a morale-raising street procession to remind the local populace of their patriotic duty to submit to the war effort. Which would date these postcards to the early 1940s. 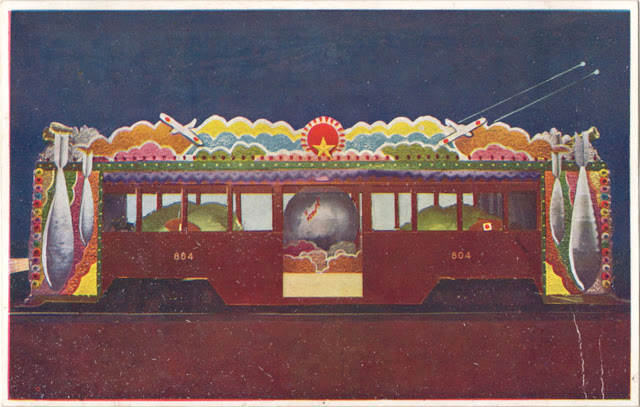 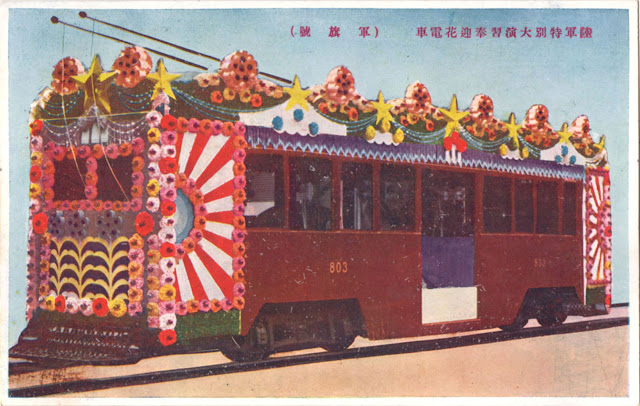 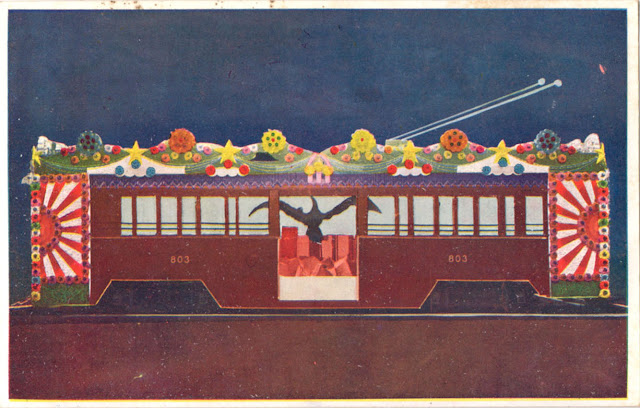 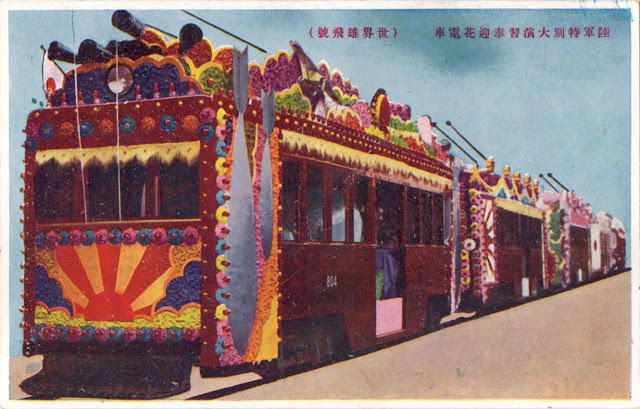 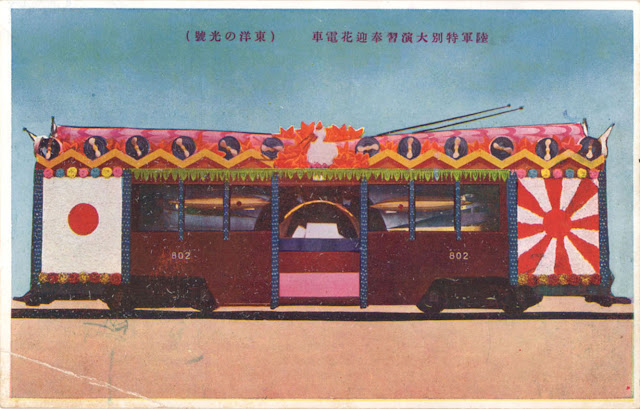 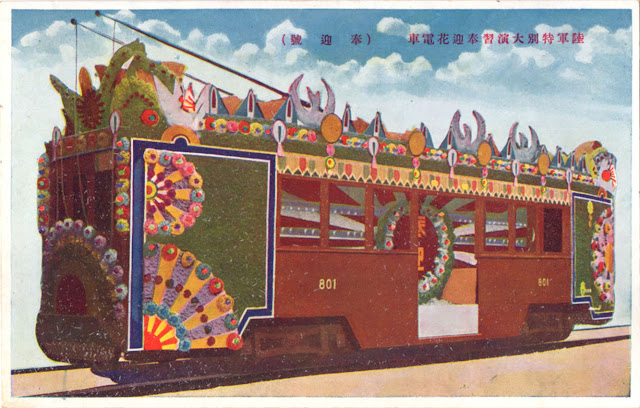 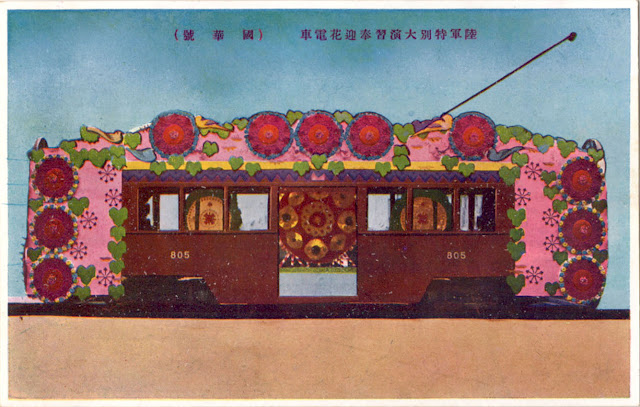