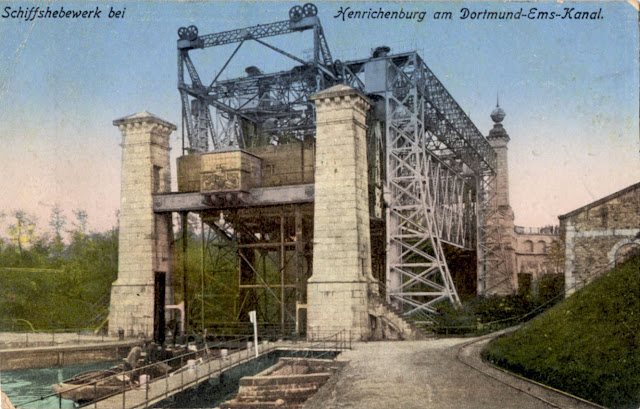 This innovative boat lift on the Dortmund to Ems Canal was constructed in 1899. Connecting the inland port of Dortmund with the North Sea involved a change of levels in the Waltrop area – the lift eliminated the need for a long and slow series of locks. Kaiser Wilhelm performed the opening ceremony in August 1899 – commemorated by belligerent Prussian Eagles that glare down from the heights at both ends of the lift. The lift took just 2 minutes to raise or lower a vessel but the whole operation took 45 minutes. The average number of daily operations was 40. It was retired in 1962 when an electrically operated replacement was commissioned nearby. The abandoned lift remained in a derelict condition until 1995 when it was restored as part of the Ruhrgebiet Route Industriekultur – an ambitious programme of repurposing redundant industrial relics as heritage attractions. 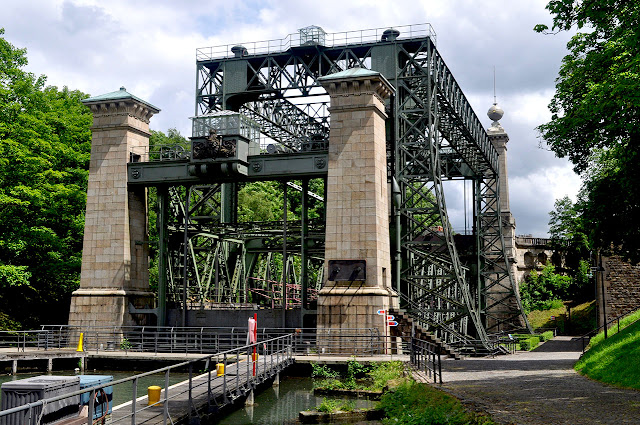 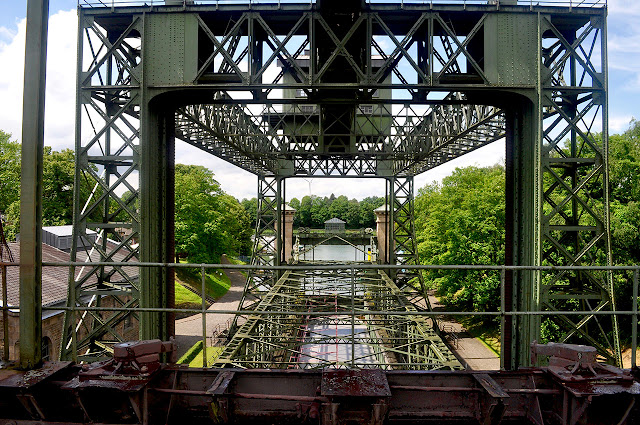 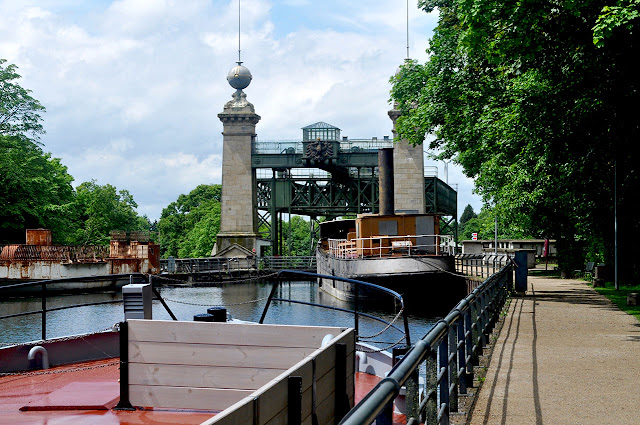 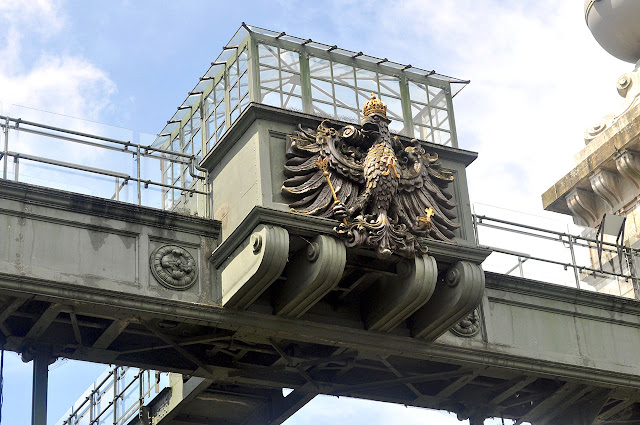