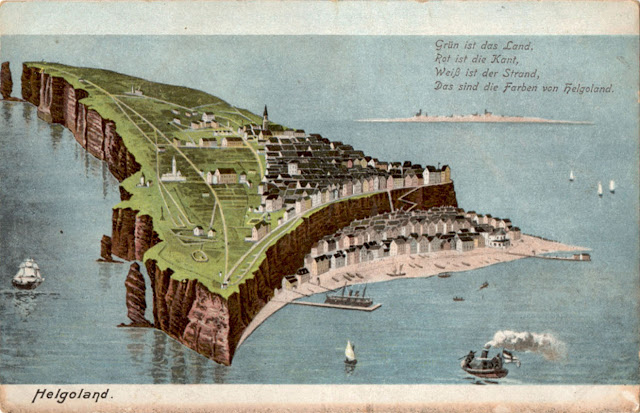 The small North Sea archipelago of Helgoland is a place of great fascination – it is remote, historically contested and serially despoiled. Forty miles from the German port of Cuxhaven, it has been successively Danish, British and German. The indigenous population is Frisian by language and tradition and for centuries subsisted on its local herring fishery while outsiders squabbled endlessly over its ownership. 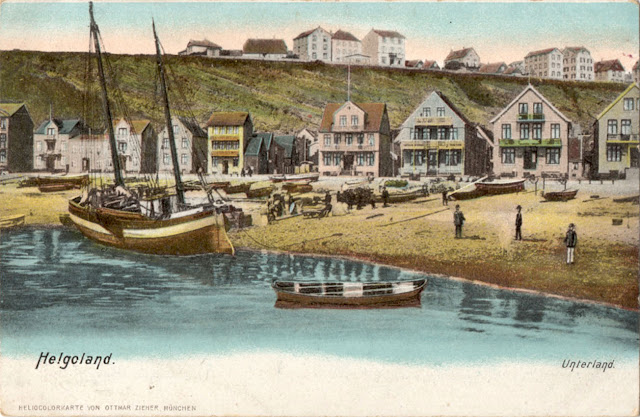 Since these postcards were published in the early 1900s the islanders have twice been evacuated (1914 and 1945) while the topography has been irreversibly transformed by militarisation in two world wars and finally barely survived a series of RAF post-war bombing raids culminating in April 1947 when British bombs only just failed to utterly destroy the islands. Their role as a theatre for Anglo-German conflict is explored in Heligoland: Britain, Germany, and the Struggle for the North Sea by the German academic, Jan Rüger and reviewed by Neal Ascherson in the current London Review of Books (17 August 2017). 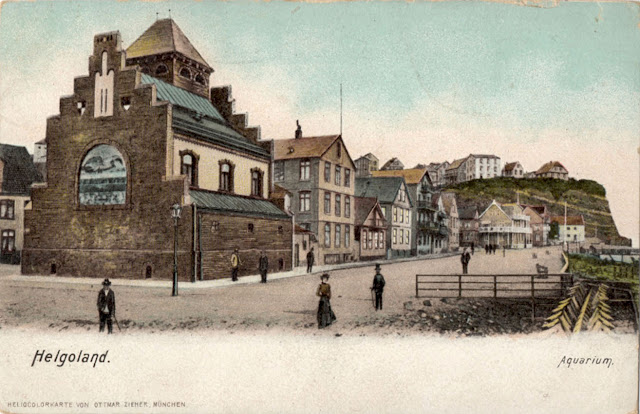 Prior to 1714 when Denmark took possession, the island had switched control between the Danes and the Duchy of Schleswig. Danish rule ended in 1807 (formalised in 1814) when Britain swagged it for its strategic value. During the 19th. century the island developed as an upper-class spa-resort attracting visitors from all over Europe, especially Germany and England. In the era of German unification and nationalism, a view formed that the bracing climate, rugged geography and sturdy self-sufficiency of the islanders represented the essential Germanic virtues and a political campaign for the islands to be part of Germany floated on this wave of popular sentiment. 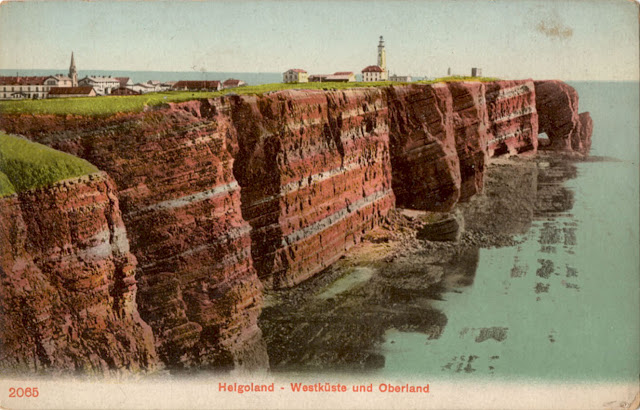 In the same casual manner that the British would separate territories by the action of drawing a line across a map of the Arabian desert it was decided there was no great advantage in retaining Heligoland and it was agreed to swap it for the German interest in the East African archipelago of Zanzibar. After Germany took charge in 1890 the tourist industry continued to flourish alongside a massive programme of public works designed to transform the island into a defensive structure for the protection of the German Bight and the Kiel Canal. This is the period during which these postcards were produced – they show nothing of the militarisation that was taking place. Instead they show some modest vernacular buildings, fishing boats drawn up on the beach, a church spire and lighthouse and an electric lift connecting the ‘high town’ with the ‘low town’. By the time that British bombing had rendered the island uninhabitable in April 1945, it’s safe to say that not a single one of these buildings would still be standing. 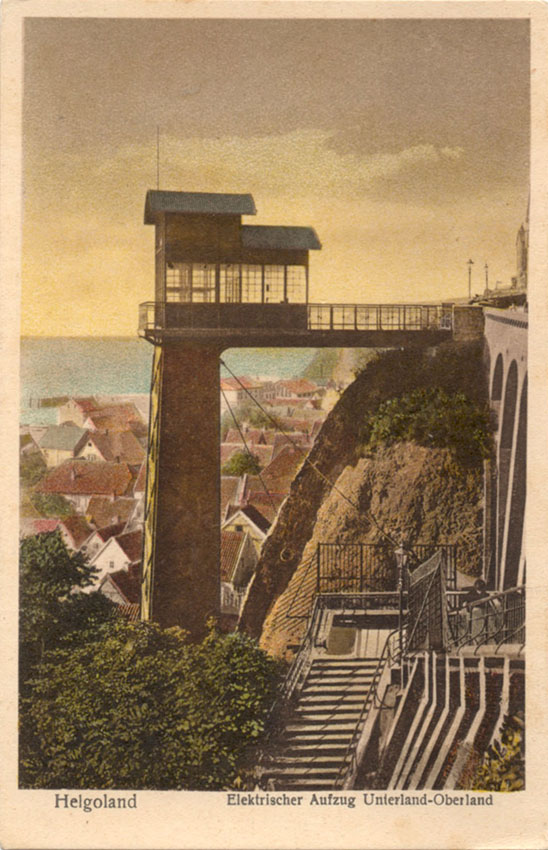 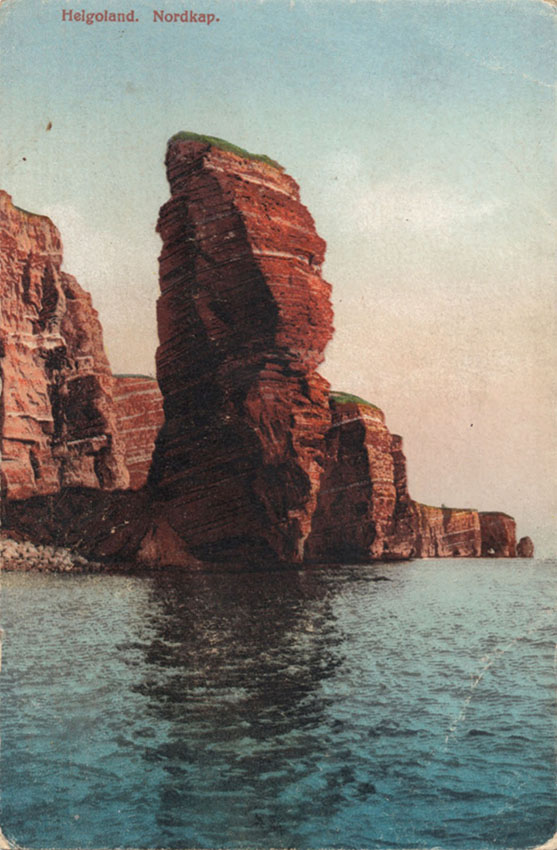