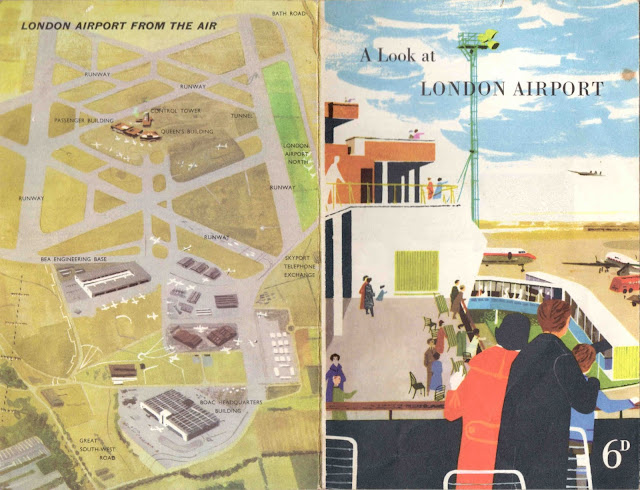 This modest brochure introduces the public to the modern miracle of what was then London Airport in the early 1960s. When it opened in 1929 it was known as the Great West Aerodrome, now it is the misleadingly bucolic sounding, Heathrow. We are told that over 4 million travellers passed through each year – today’s figure is 72 million. This was a time when air travel was only available to the privileged few – the days of cheap flights to distant destinations were long in the future. As the brochure makes clear, for most people the best they can aspire to is observe what goes on as a visitor. Facilities for sightseeing have been provided with this in mind and are described in the text. The colour illustrations have a jaunty Mid-century quality to them. Britain’s major airlines at that time were state-owned BEA and BOAC (the former for flights to Europe, the latter for everywhere else) and two examples of contemporary advertising are shown below. 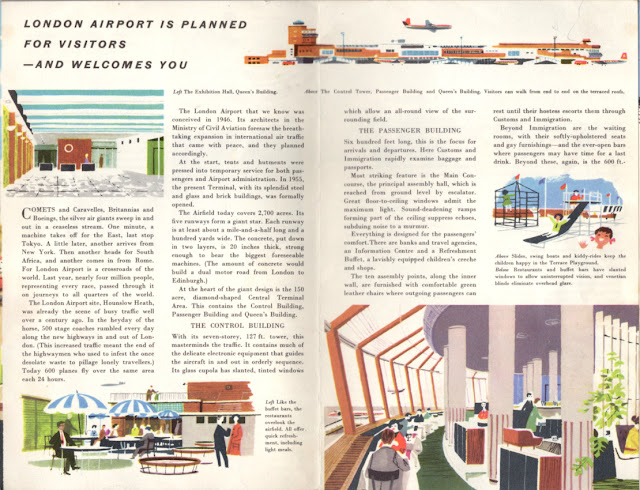 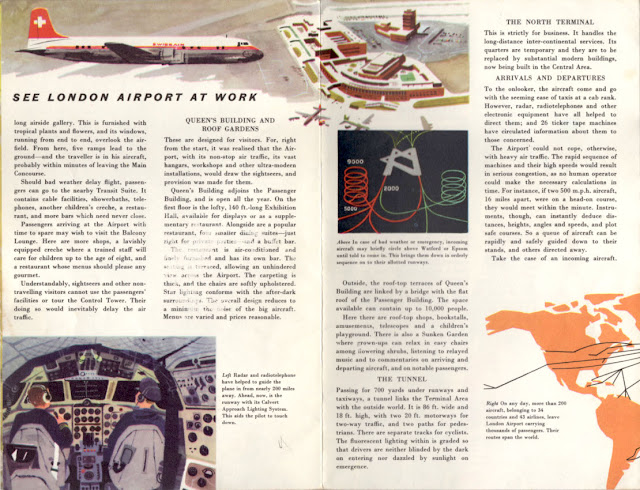 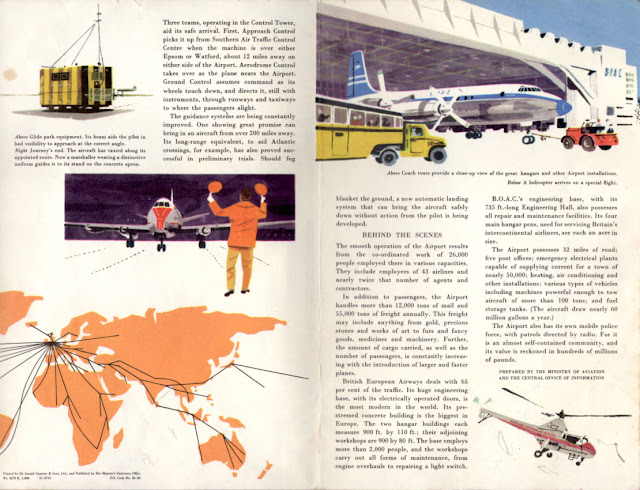 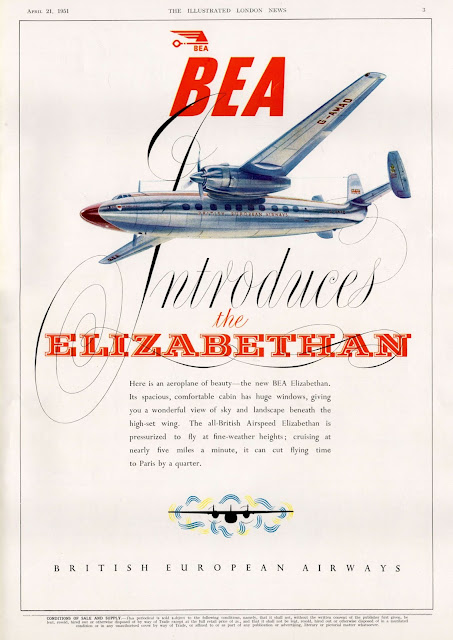 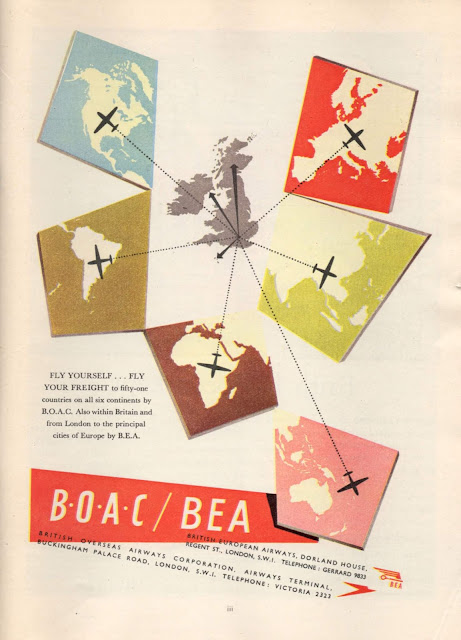