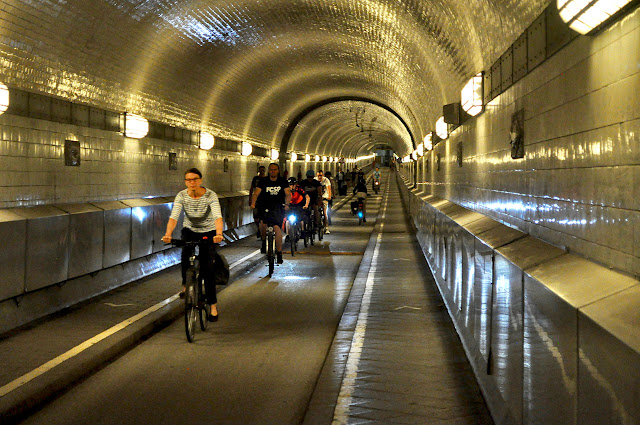 There are two tunnels under the River Elbe in Hamburg. The most important is the Neue Elbtunnel, large enough to carry 8 lanes of traffic on the Bundesautobahn 7. Built in 1975 (and extended in 2002), it can take up to 150,000 vehicles per day. The other is the 1911 Elbtunnel, which although superseded by the 1975 tunnel has been kept in use and still offers pedestrians, cyclists and motorists the opportunity to cross the Elbe. The original Elbtunnel took 4 years to construct and has two large lifts to transport vehicles down to the tunnel entrances. Only one of the two tunnels is in use at present so the traffic flow is regulated to provide for north to south crossings in the morning and the reverse in the afternoon. The principal aim of the tunnel was to enable the 40,000 workers employed at Blohm & Voss shipyard on the south bank of the river to make the journey from their homes in St. Pauli without the need to queue for a ferry. 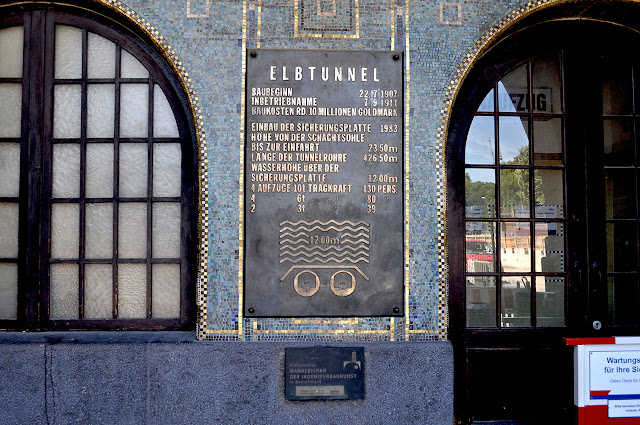 The Elbtunnel entrance is a grandiose, domed building, designed to impress. The lifts and balances occupy half the volume while a metal staircase winds around and through the cavernous space in the other half. A high level of decorative finish was applied as befits a prestige project. The entrance lobby is lined with mosaic tiling and Jugendstil fonts have been used for public notices. Inside the tunnel, the tiled lining is embellished with terra-cotta panels of marine creatures. Entry is free and the tunnel is well used by pedestrians and cyclists. Motorists must pay €2 per trip and observe a speed limit of 15kph. Many cyclists ride at much greater speeds and frequently display a casual disregard for the safety of those who must rely on their feet for locomotion. 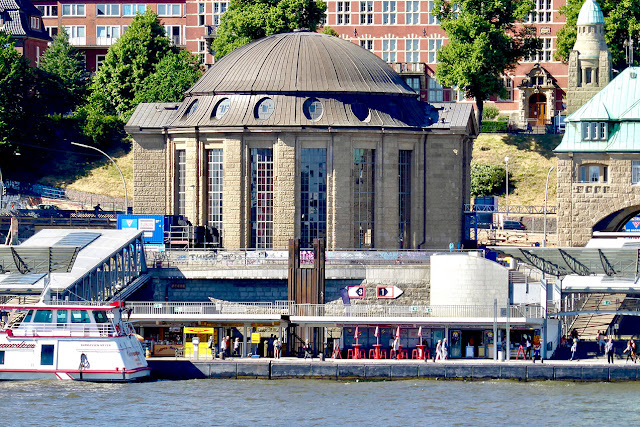 On the southern side are the still busy Blohm & Voss shipyards (now part of Thyssenkrupp Marine) and the suburb of Steinwerder. There’s a viewing area overlooking the Elbe and two bilingual signs that relate some of the wartime atrocities involving the use of forced labour in the shipyards. 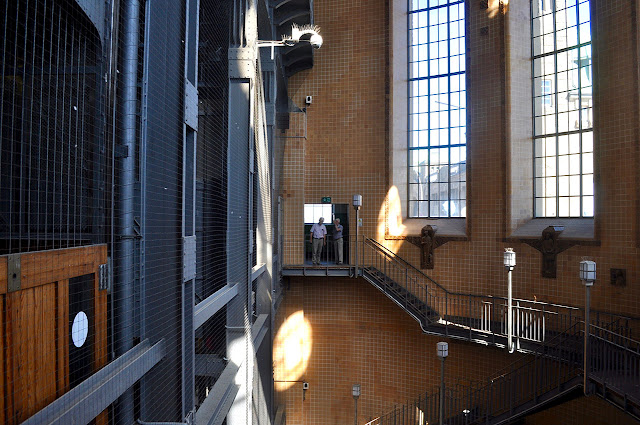 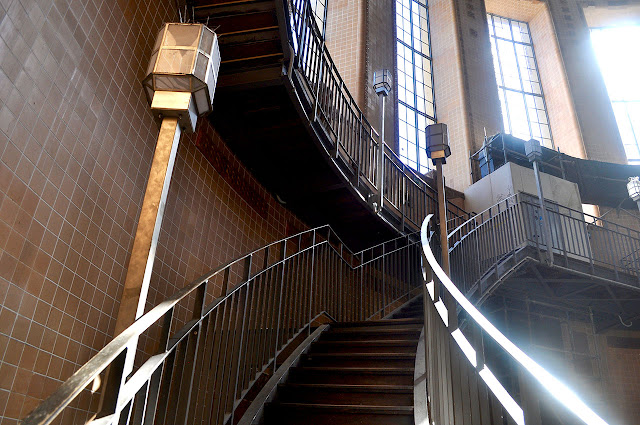 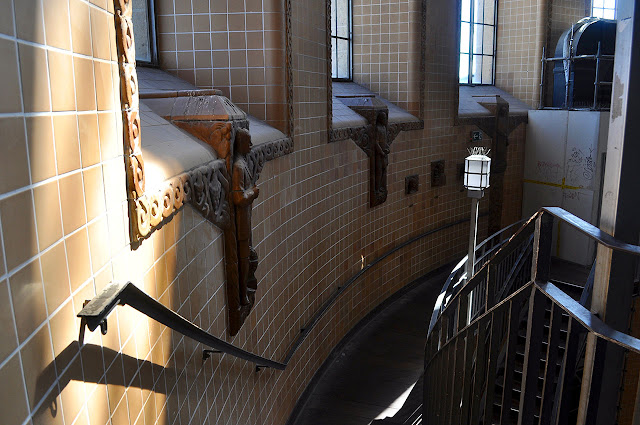 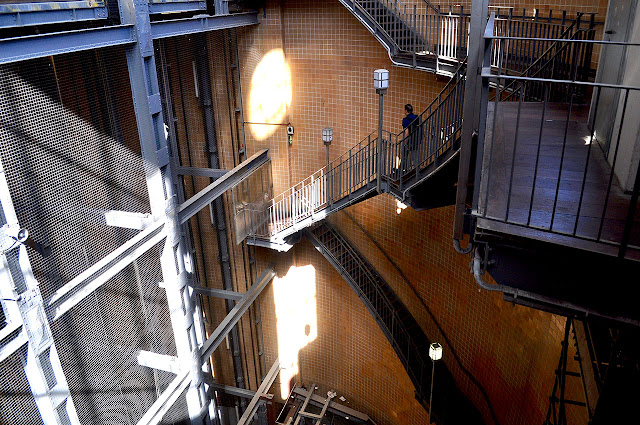 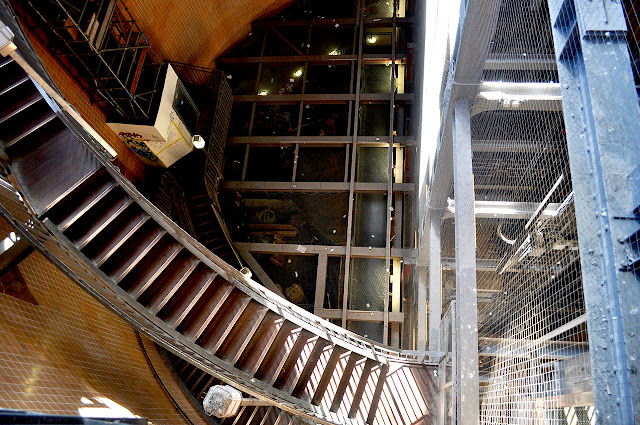 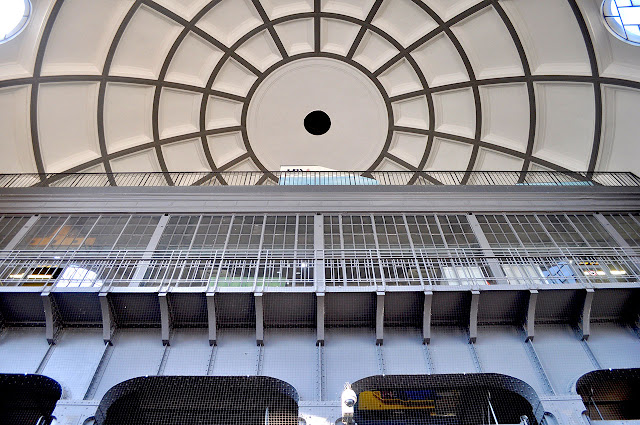 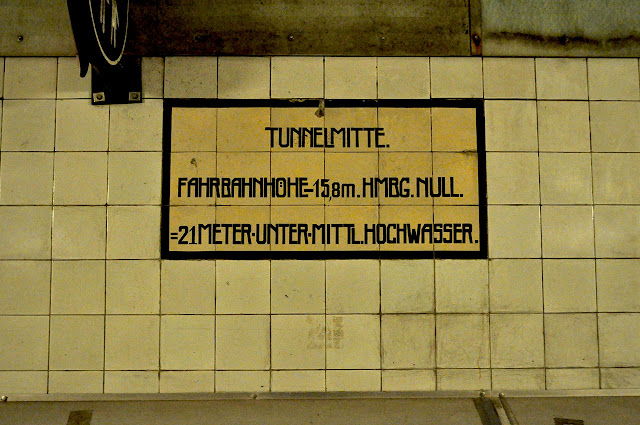 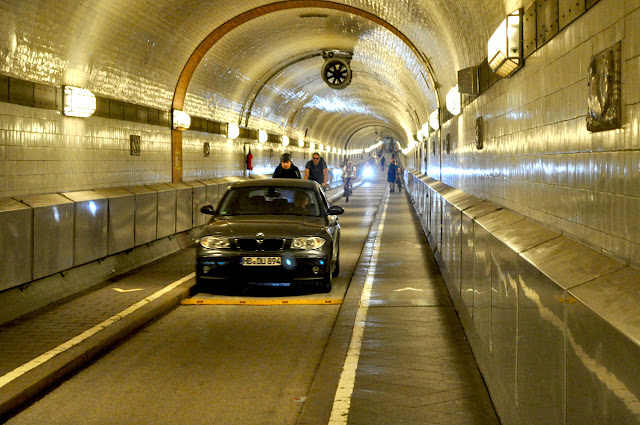 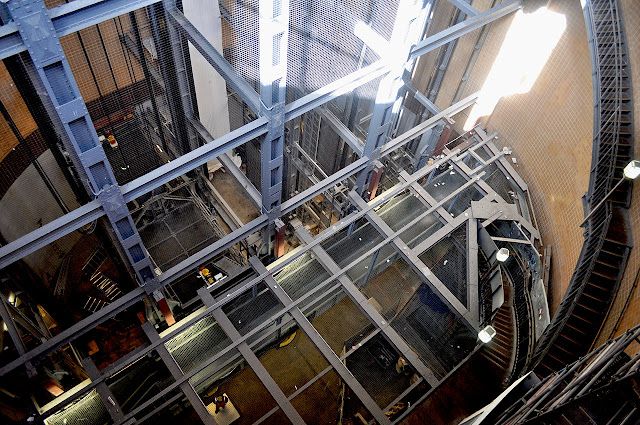 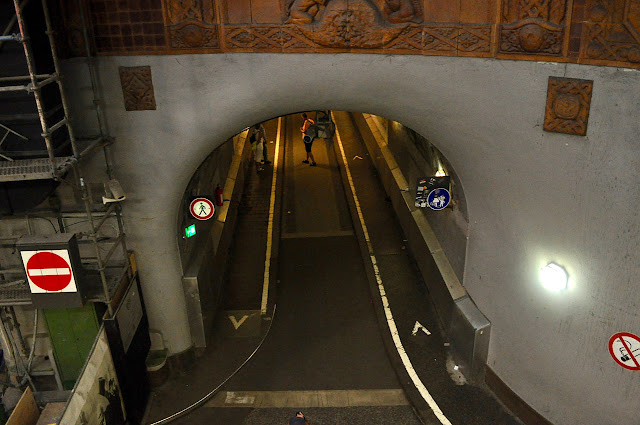 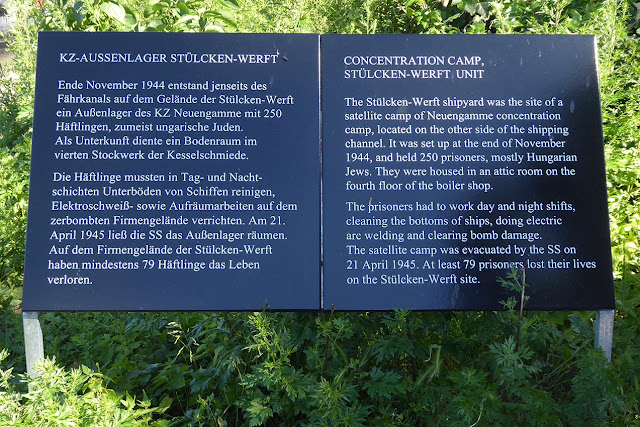 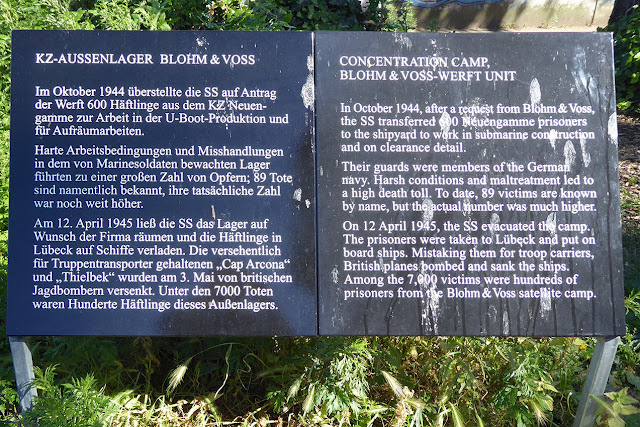