HõVIS – Your Baker Bakes It 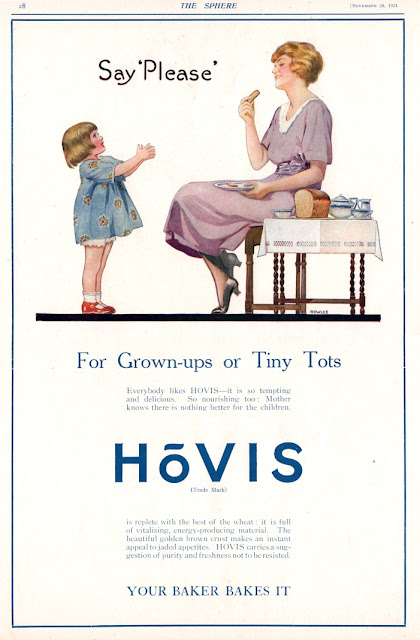 The enduring survival of certain brand names while others perish is sometimes hard to explain. Manufactured bread was an unglamorous product and had to compete with freshly baked loaves on sale in every town and village and business recognised the need for promotion. A competition was held in 1890 to find a name for the flour and baking products being produced by S Fitton & Sons in Macclesfield – the winning entry was Hovis from the Latin hominis vis. The idiosyncratic letter “o” arrived in 1926 as a result of an advertising campaign in which 5 trains were photographed together bearing headcodes that spelt out the name HōVIS. The story goes that the “ō” derived from the headcode for Hounslow. Even if this story is substantially correct, the date can’t be verified. In the advert above from 1921, the product is named as HõVIS with a small tilde, rather than a macron, as in “ō”. It’s a rather tedious mystery and I don’t possess the energy to pursue it any further. 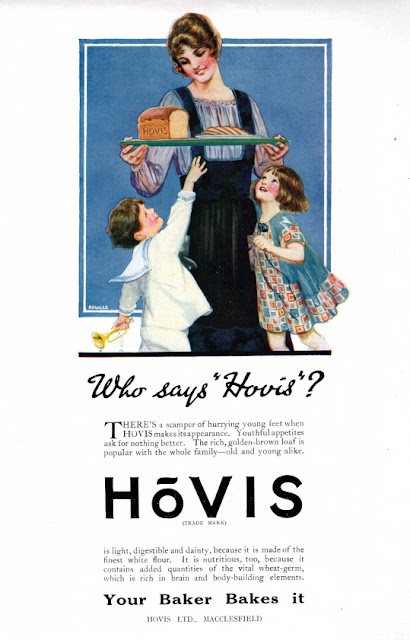 Part of the reason for the longevity of HõVIS is due to the famous TV advertising campaign directed by Ridley Scott in 1973 that captured the public imagination and has been profitably revived from time to time. This commercial set in an idealised Wessex and a companion set in an equally idealised North Country employed sepia tones and regional accents to ingratiate itself with an audience. There also existed a long tradition of promoting the brand name via outdoor advertising in the enamel sign era. This was accompanied by press campaigns in popular magazines of which some examples are shown here. Much was made of the purity and freshness of the product and a link with good health was stressed. American advertising agencies began setting up in Britain in the 1920s and some of that influence can be detected here in the clarity of images and the sentimental appeal of the winsome child receiving instruction in good manners. 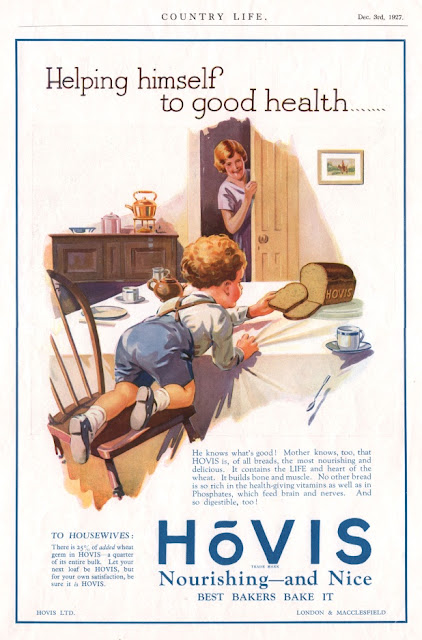 The Hovis Road Map was aimed at the prosperous customer whose wealth extended to the ownership of a motor car. Issued in multiple editions throughout the interwar years, in addition to maps it contained road safety information and a company profile. Best of all was the promise to the curious customer of a guided tour of the factory premises. All that was required was to show your copy of the Road Map to the Manager and all would be arranged. To read an earlier post from 2009 on the subject of Hovis sandwich recipes please click here. 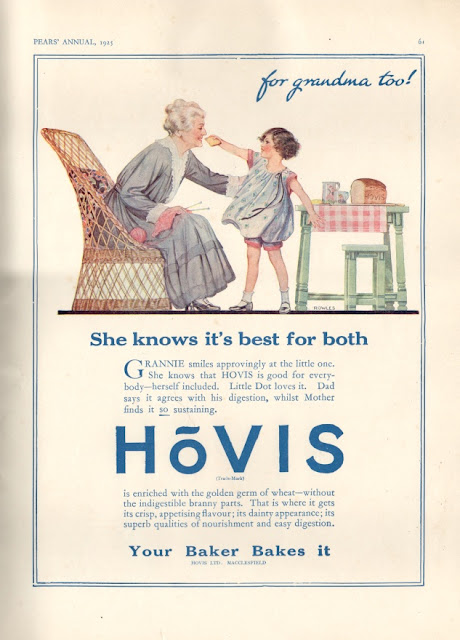 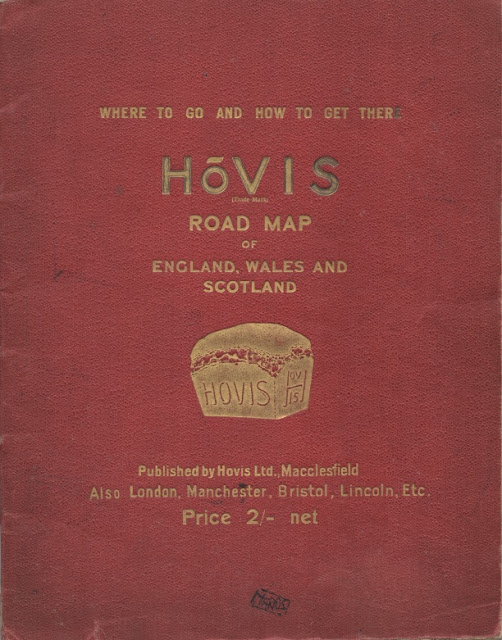 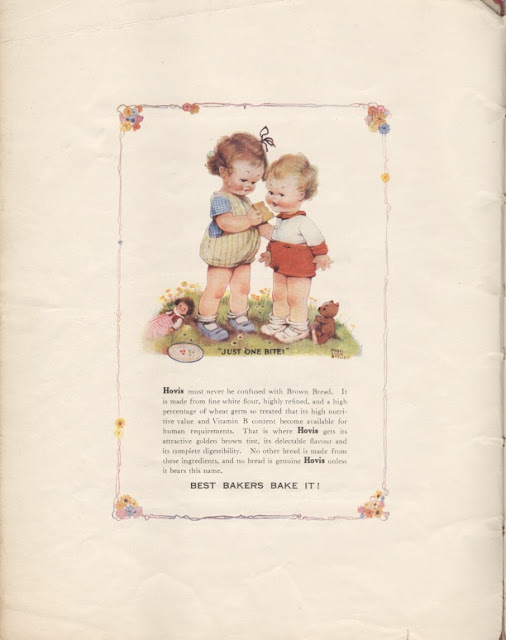 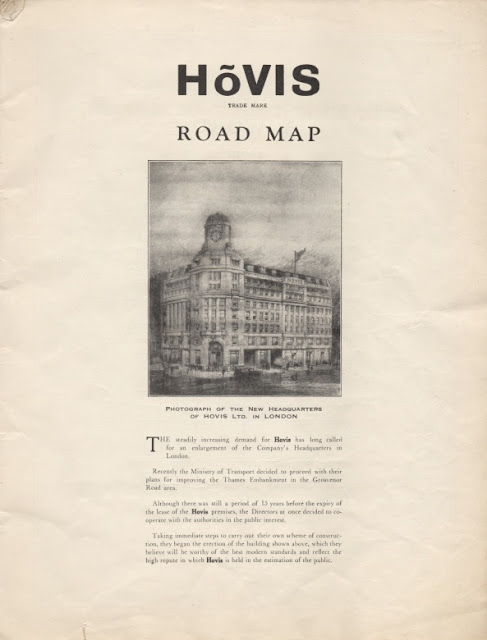 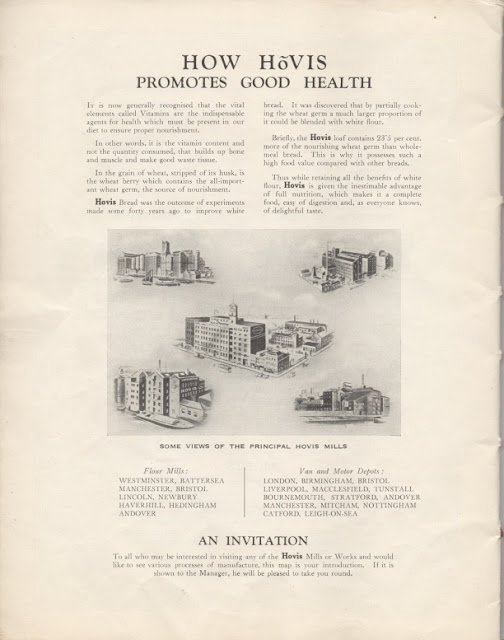