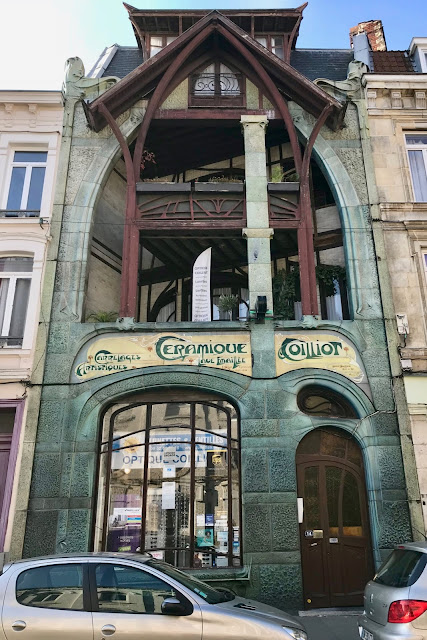 Lille has many buildings of quality, but, despite its proximity to Flanders, it’s not a centre for Art Nouveau. The Maison Coilliot in rue de Fleurus is the only Art Nouveau landmark in the city. It dates from 1898-1900 and is a fascinating example of a style that flared into existence in just a few years before dying out with equal rapidity. Architect Hector Guimard was working on a portfolio of designs for the Métro Parisien at the time he was developing this commission for the proprietor of a ceramic business in Lille. The flamboyantly decorative lettering on the ceramic panel has a close affinity with the station signage he produced for the Métro. Two years earlier work had completed on the Castel Bérenger in Paris – the zenith of Guimard’s obsession with imposing organic decoration on architectural form. 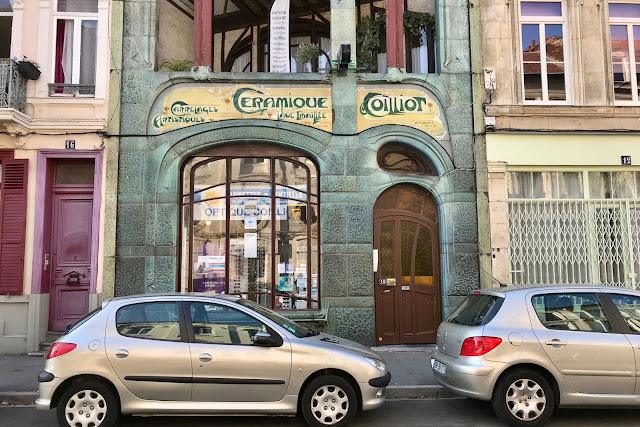 The ground floor was a showroom for Coilliot's ceramics business, above was a 3 storey apartment, stepped back with an angled façade, for Coilliot and his family. Coilliot's factory premises and warehouse were situated behind the rue de Fleurus. The ground floor is composed of typically Art Nouveau organic teardrop forms while the upper storeys are more of a medievalist fantasy with a Gothic timber frame. An optician presently occupies the ground floor. The optician trades as Optique Coillot but the window display pays little respect to the building's design heritage. The inscribed plant-like forms in the rusticated stonework seem in good order but the building as a whole would benefit from some restoration work – cleaning the stonework and treating the timber superstructure would make a difference. 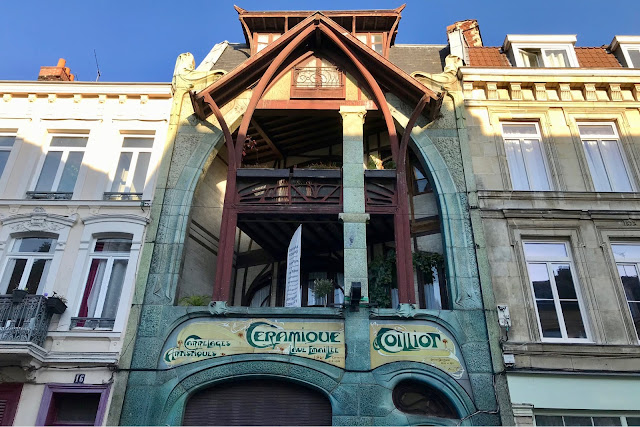 The interior was furnished and decorated by Guimard with the same attention to detail as the exterior – there is no public access but a short film from 1977 takes us briefly behind the scenes after a short verbal exchange between a young female student and a master of condescension. 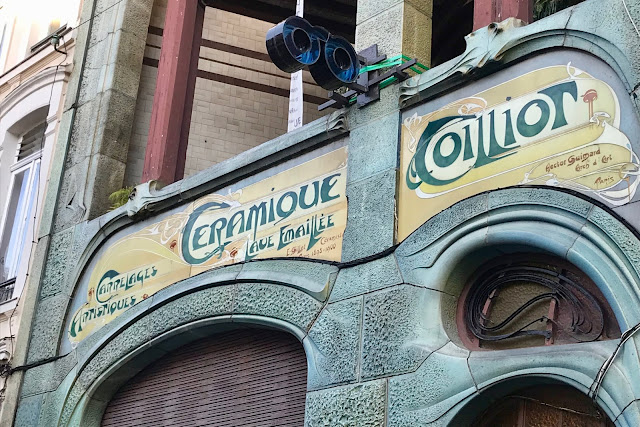