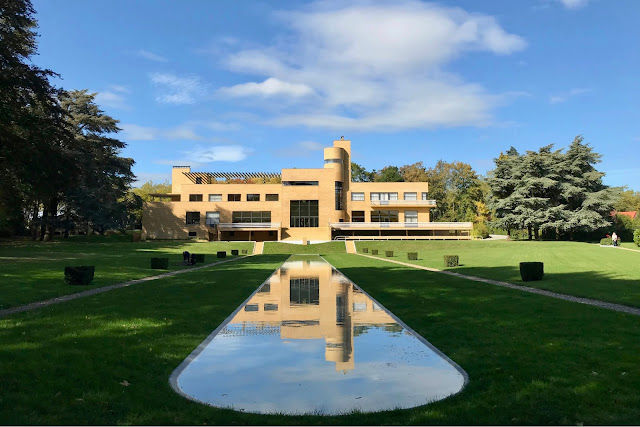 Villa Cavrois is what can result when wealth and status consciousness meet invention and ambition. Paul Cavrois had accumulated his fortune in the textile industry and was looking for a family home on a scale that reflected his success in business. Cavrois felt a need to distinguish himself from his fellow plutocrats and was open to a contemporary design. The work of Robert Mallet-Stevens was known to him from seeing his contributions to the 1925 Exposition des Arts Décoratifs and the publicity arising from his designs for ultra-fashionable clients, Paul Poiret (fashion designer) and avant-garde patron, Vicomte de Noailles. Cavrois owned a large vacant plot in an upper class suburb of Roubaix and in 1929 (just months before the Wall Street Crash) commissioned Mallet-Stevens to design a large scale family home in a Modernist idiom. 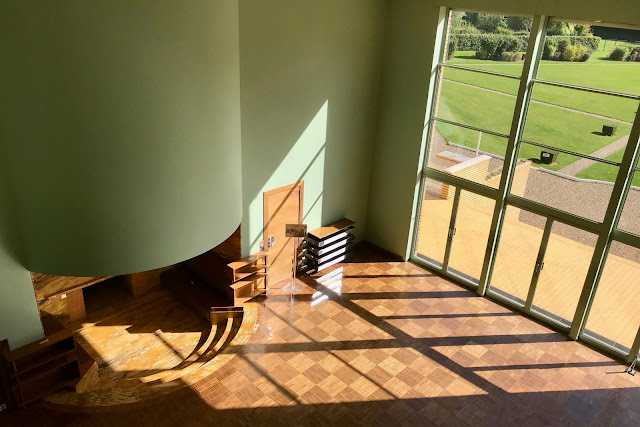 When the house was completed in 1932 the Cavrois family moved into a remarkably spacious home in which almost every piece of furniture and every aspect of internal decoration was the work of the architect, Mallet-Stevens. The Cavrois fortune comfortably absorbed all the extra cost of purpose-built furnishings in return for a bespoke dwelling in which no detail, from light fitting to door handle or from radiator covers to wall clocks was left to chance. Modernism without excessive formal purity was the result - the harshness and doctrinaire control associated with the movement was neatly sidestepped. For the occupants there was the excitement of living in a home like no other surrounded by elegance and comfort, all wrapped up in sweeping, curving forms influenced by Art Deco. Mallet-Stevens designed a system of stretched yellow bricks, adaptable to concave and convex curves, lintels and corners, and laid exclusively on the stretcher side. The inspiration for this came from Dudok’s recently completed Raadhuis Hilversum. 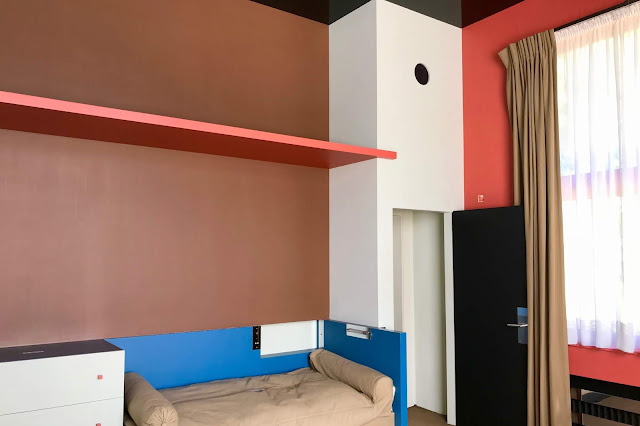 The Art Deco influence on the exterior can be seen in the cylindrical belvedere tower and the extended sun decks – internally the chromed fixtures and fittings and the proliferation of circular forms continue the theme. The Cavrois appetite for Modernism didn’t run to paintings and sculpture, there are few artworks on the walls in period photos, but Mallet-Stevens themed several of the major rooms around aspects of Modernist painting. In what is described as the Young Man’s Room, the interaction of flat-painted geometric panels and forms resembles the abstract compositions of De Stijl. Unsurprising, given we know that Mallet-Stevens collaborated with Theo Van Doesburg on an earlier project. In the dressing room for the lady of the house, strong curved forms in the chairs, mantelpiece and mirror counterpoint the linear geometry elsewhere to give a Cubist feel to the room. At the centre of the house is a duplex sitting room with double height glass doors on to the sun terrace. The luxurious orange marble fireplace is equivalent to the onyx wall in the contemporary Villa Tugendhat by Mies van der Rohe. 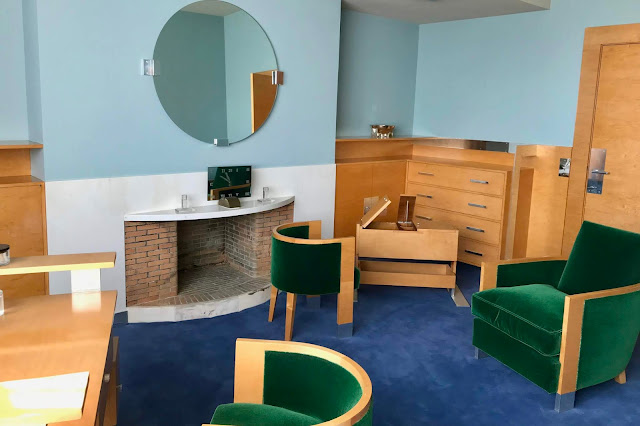 During the war, the Villa Cavrois was requisitioned by the Wehrmacht whose heavy presence caused immense damage. When the family regained possession they commissioned a complete and conservative redesign of the interior which remained in place until the death of the last family member in 1986. At this point it fell into the hands of developers whose intention was to divide the grounds into individual plots. Various attempts to give the building legal protection were frustrated by the developer until a Prime Ministerial decree settled the matter. The developer responded in the time honoured way by allowing the building to deteriorate through vandalism. After a prolonged local campaign, the French state bought the Villa in 2001 – it was opened to the public in 2012 after 10 years of restoration to original condition. 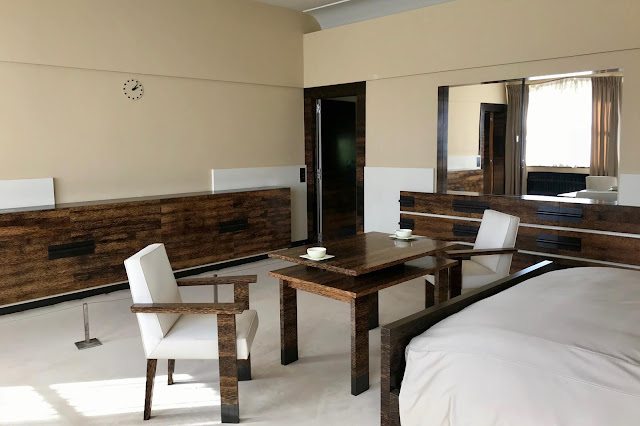 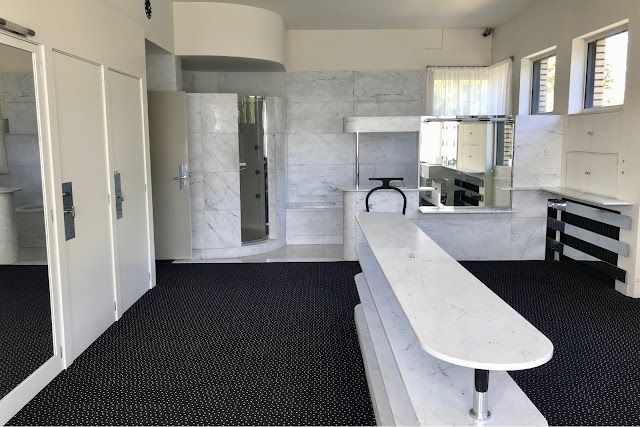 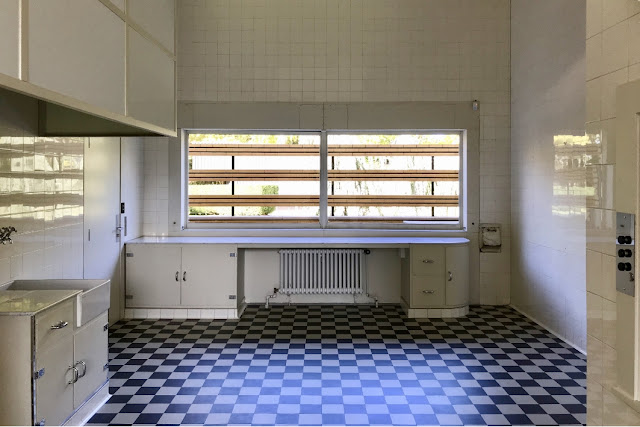 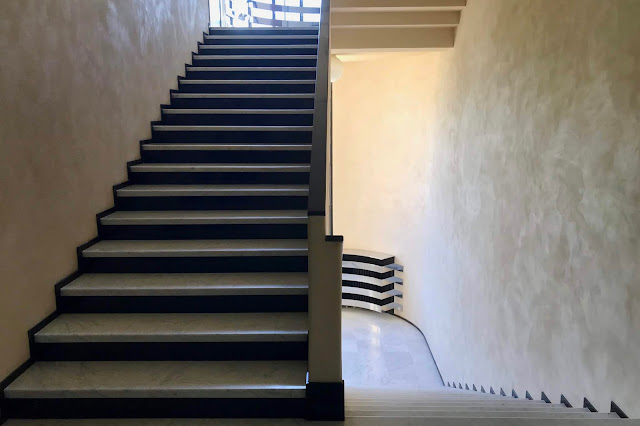 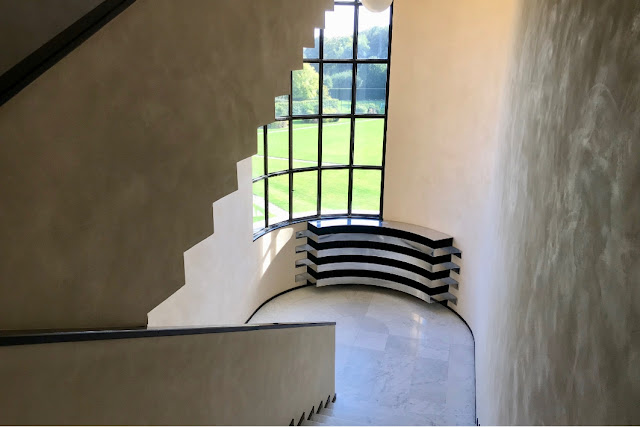 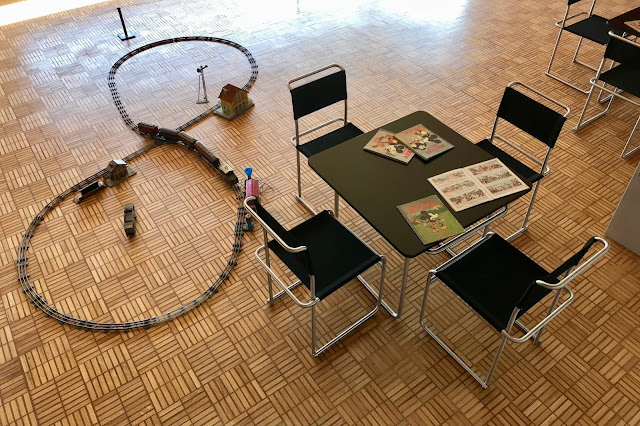 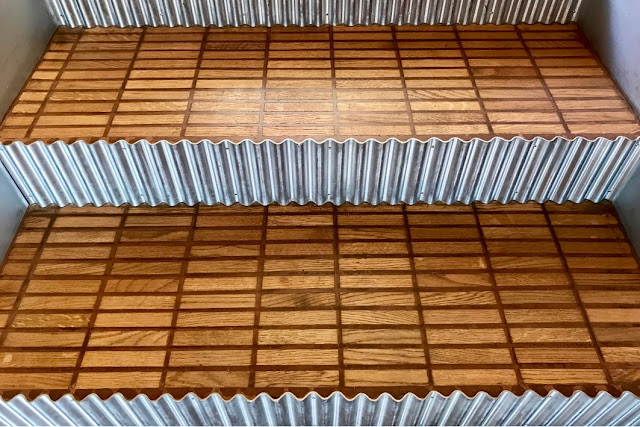 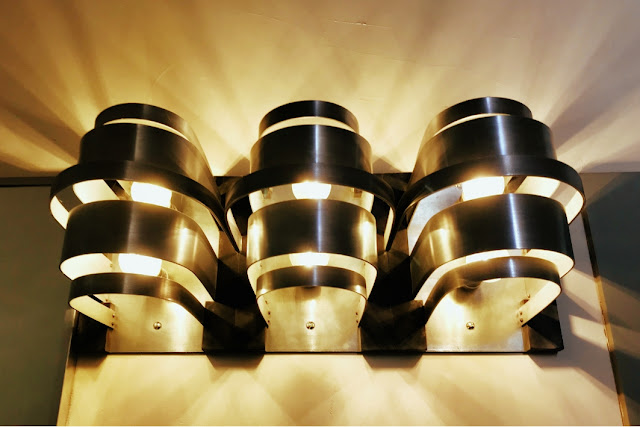 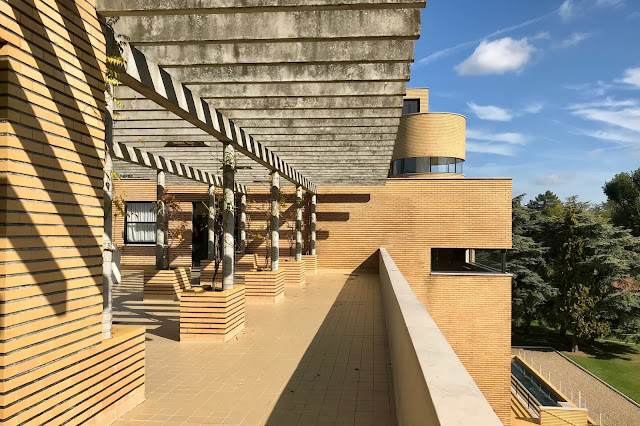 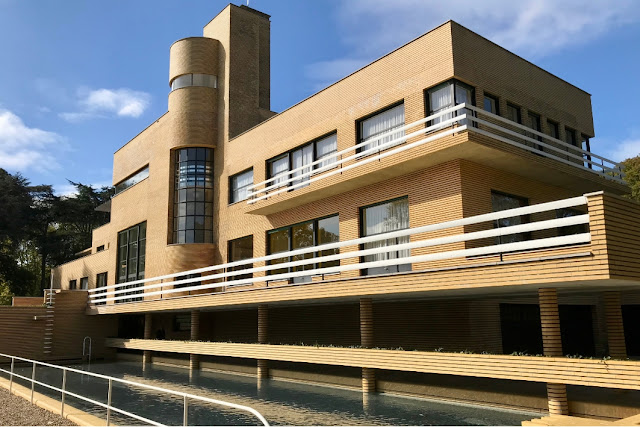 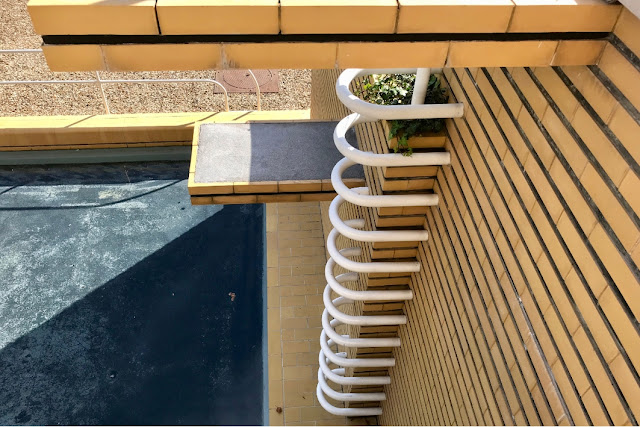 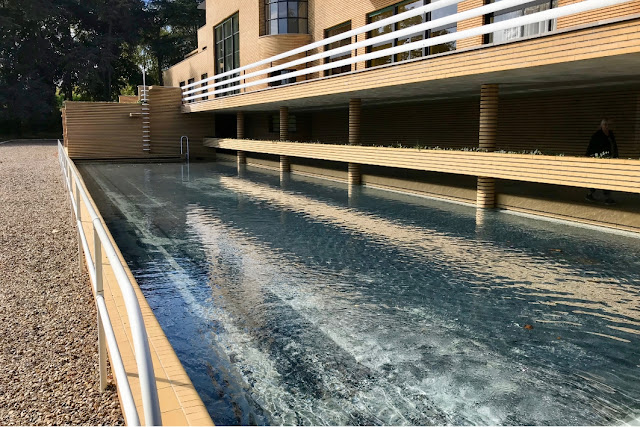