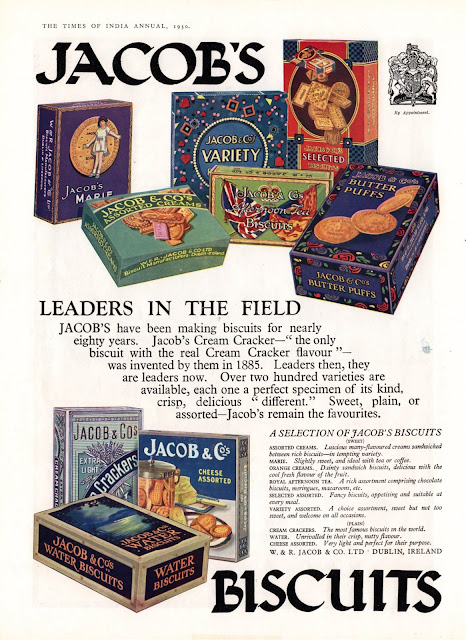 The brand name Jacob’s can be seen on every UK supermarket shelves but its independent corporate existence ended as far back as 1960 when it became part of Associated Biscuits. Since then it has tumbled around in the capitalist vortex, forever changing hands as the disciplines of the market dictate. It remains a part of United Biscuits, itself since 2014 part of Pladis, owned by Turkey-based Yildiz Holdings. The story won’t end there – in August it was reported that Pladis was looking for a buyer to take it off its hands. 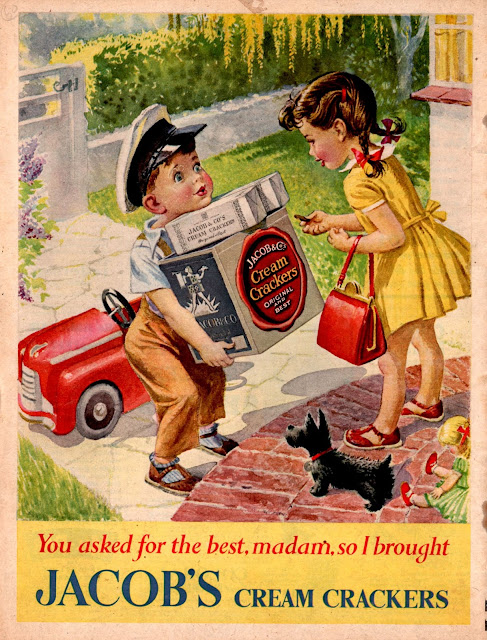 Eaten on its own, the Cream Cracker will instantly absorb the consumer’s saliva, leaving them with the problem of how to deal with the arid, pulpy mass that occupies the oral cavity. The addition of butter, cheese or spreads makes it palatable and it has its devotees, especially in Britain and some of its former colonies in North America, Southeast Asia and South Africa. The rest of the planet seems unmoved by its charms. Without the Cream Cracker it’s unlikely that the Jacob’s brand would have survived as long as it has. 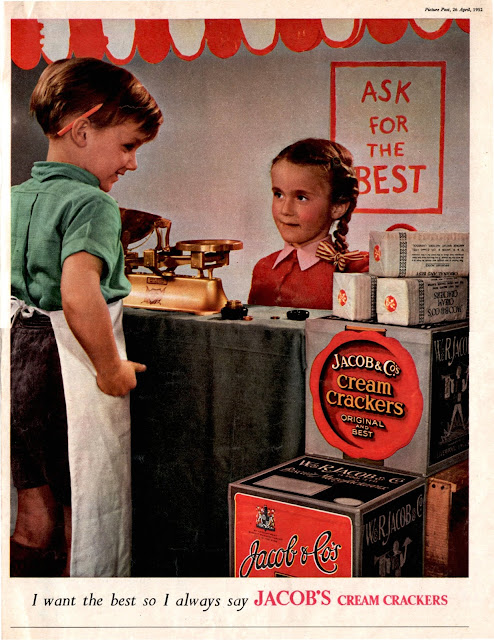 These examples of Jacob’s advertising are from the 1930s to the 1950s and display a preference for the use of children as diminutive brand ambassadors. Pert and winsome juveniles can always be relied upon to unlock consumer resistance. Since 1910 Chloe Preston had been charming her audience with a series of illustrated books for children, featuring a cast of simpering super-cute infants known as Peek-a-Boos. So she was an obvious choice to produce a pictorial Alphabet for Children in which Peek-a-Boos encourage the junior consumer to sample the entire range of Jacob’s biscuits – each with their merits declaimed in alphabetical order. 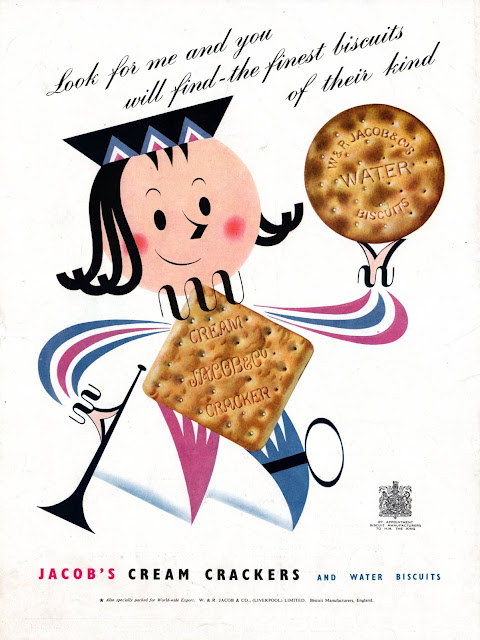 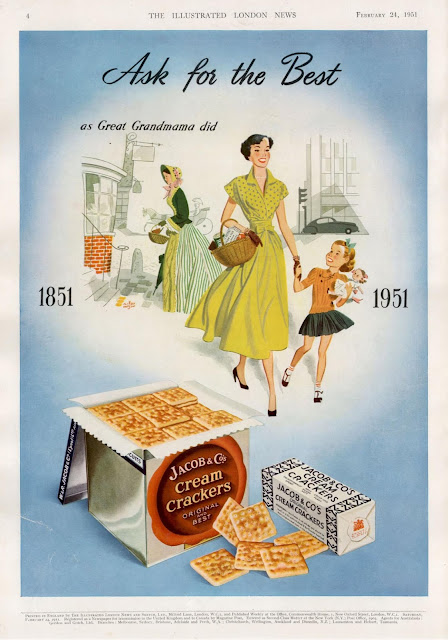 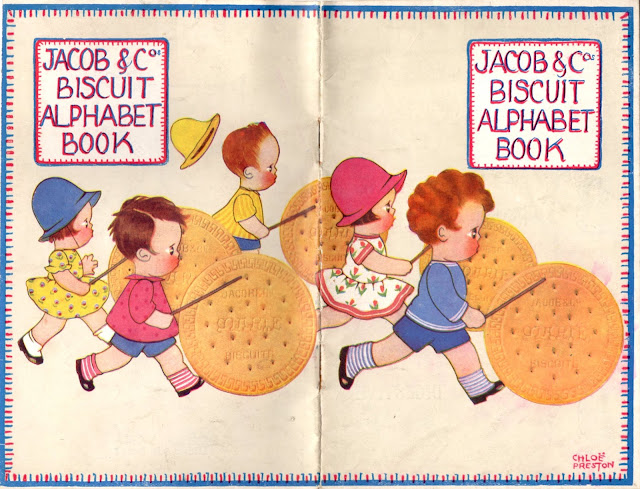 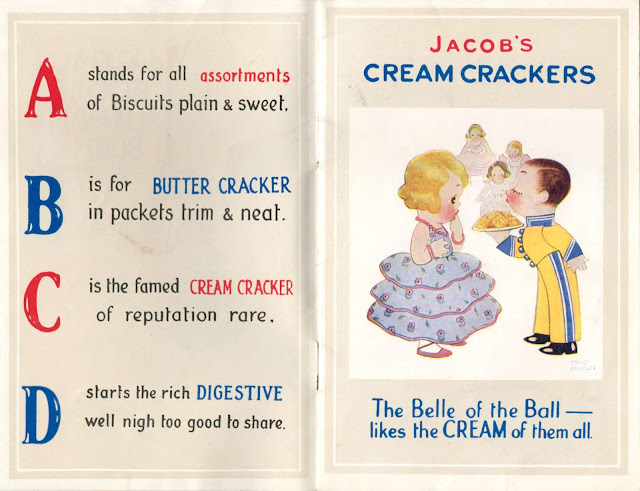 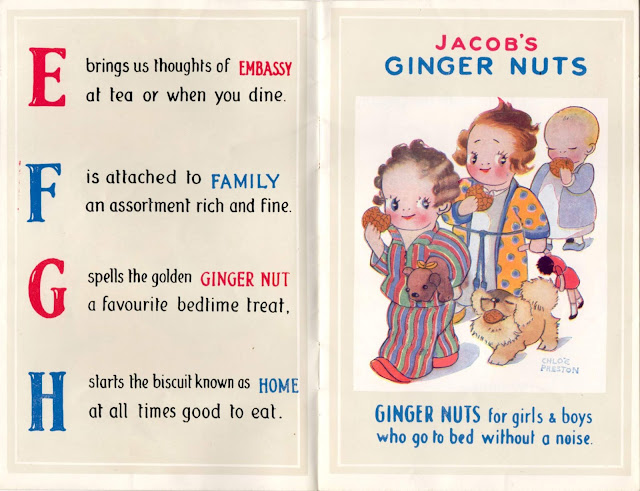 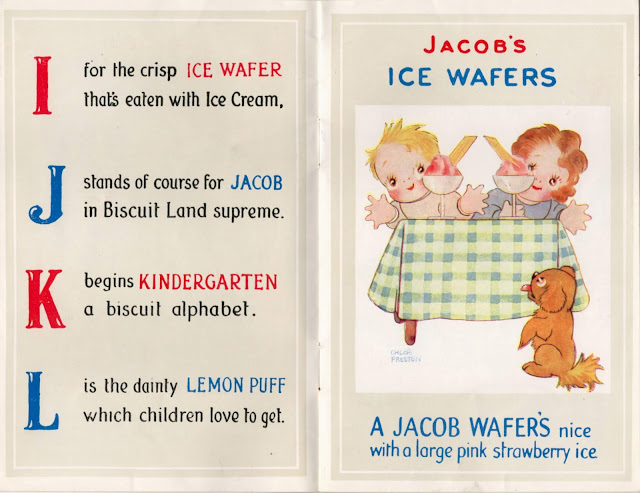 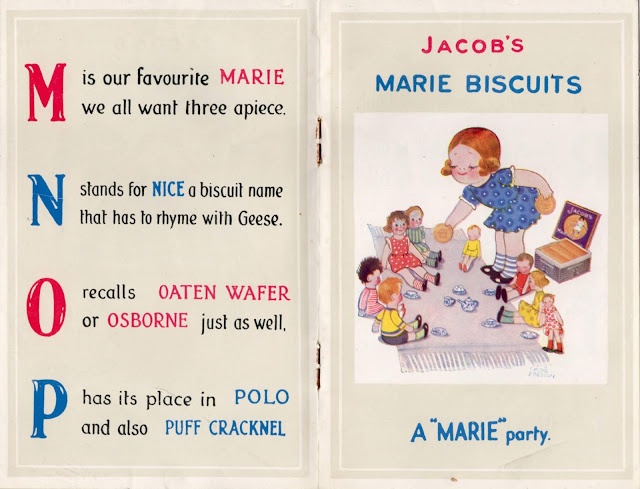 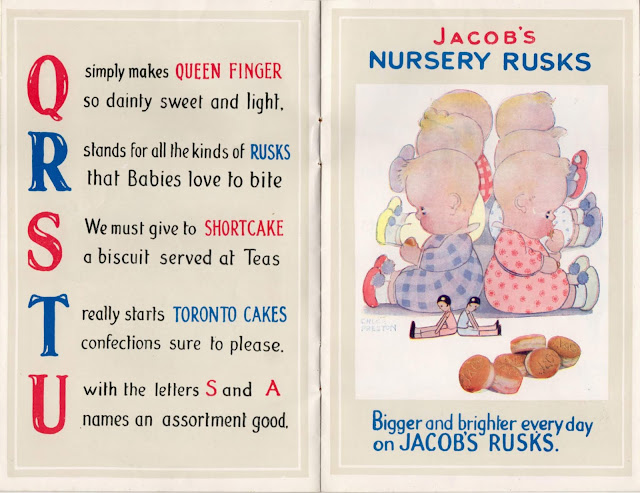 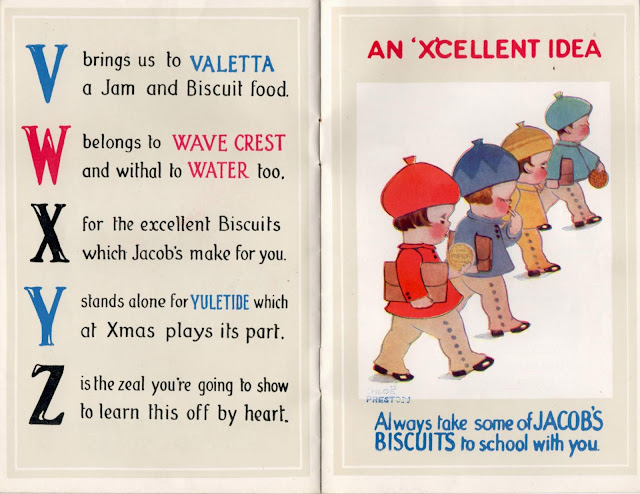 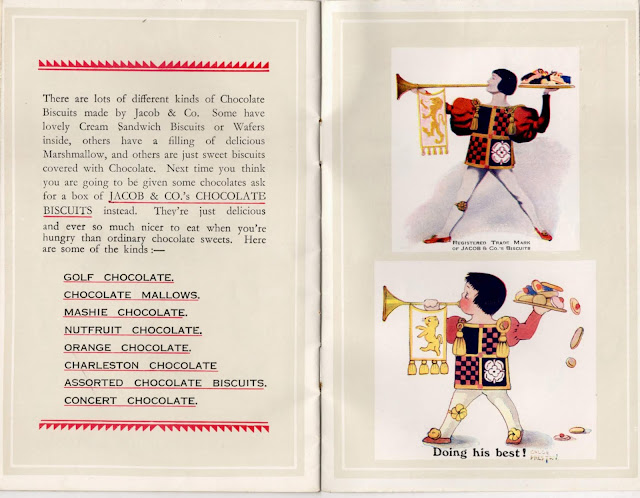