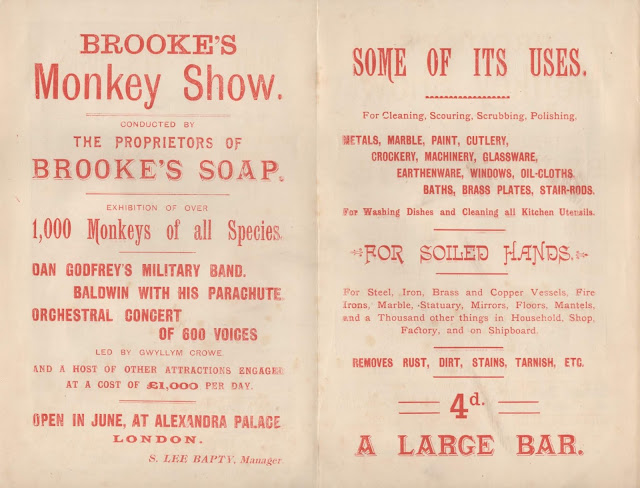 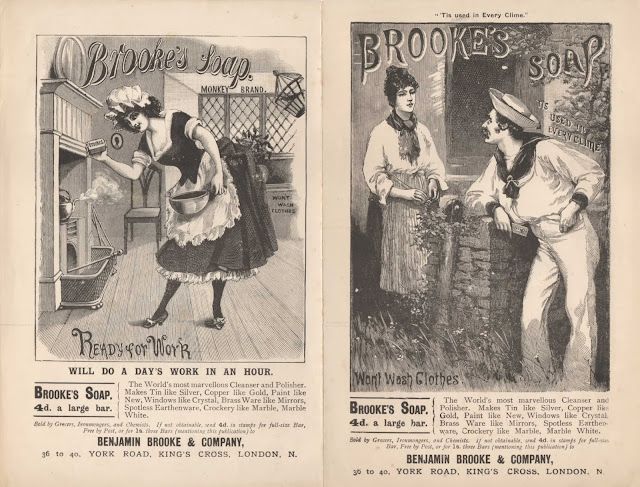 Exhibitions of monkeys were a regular attraction at London’s Alexandra Palace between 1889 and 1906. It all began with this leaflet announcing the first event, organised on behalf of Brooke’s Monkey Brand Soap. Untroubled by concerns about animal welfare, Brooke’s had conceived the idea in May of an exhibition of 1,000 monkeys to glorify their mundane product. Events moved swiftly in 1889 and a dealer in exotic animals, John D Hamlyn left a fascinating account of his efforts to procure such a prodigious number of specimens in just one month. London was the centre of Europe’s trade in monkeys and it would seem that every few days a ship would sail up the Thames with another cargo of assorted chimpanzees, baboons and rhesus monkeys. Hamlyn began to assemble his menagerie and with frequent trips to the docks and negotiations with ship’s captains and agents, the numbers quickly climbed. To achieve the final total, Hamlyn, accompanied by Mr. S Lee Bapty (General Manager, Alexandra Palace), raced around Europe buying specimens from the Jardin d’Acclimation in Paris and zoos in Antwerp, Rotterdam and Amsterdam. When the exhibition opened, there were 1,020 monkeys in place, fed, watered and ready to serve the interests of Brooke’s Monkey Brand Soap. 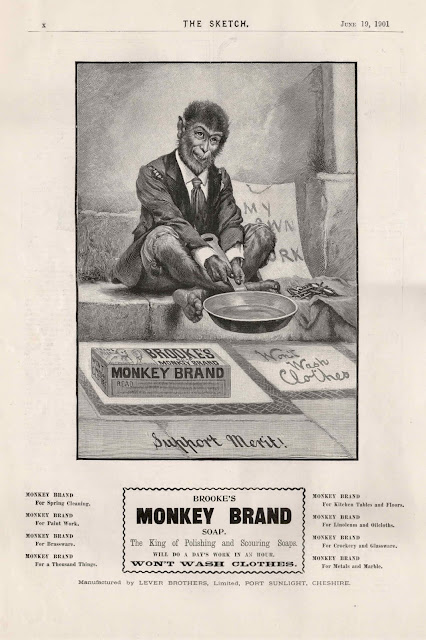 When the exhibition opened in June, it was the greatest number of monkeys ever assembled in a single venue. According to Hamlyn, five keepers were employed to care for the animals and although there were some deaths in captivity, mortality was, in his word, ordinary. An unappreciative family of Anubis baboons made their escape but were recaptured in the grounds, except for the adult female who got as far as the Portuguese Cemetery before being caught. The simian exhibits shared the spotlight with the musical attractions of Dan Godfrey’s Military Band and Mr. Gwyllym Crowe’s 600 Voice Choir. But we can be certain that despite the additional excitement of Baldwin and his Parachute, nobody would have left without the virtues of Monkey Brand Soap uppermost in their mind. 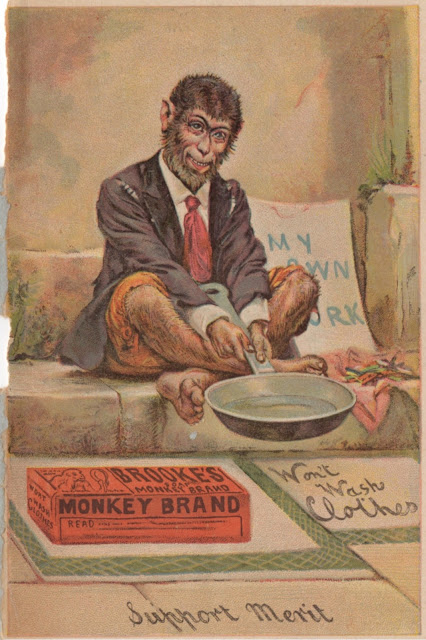 This is a welcome reappearance for our perky Victorian brand ambassador, last seen here in February 2012. On this occasion, the Monkey is off-stage but his frequent displays of servility were much to Victorian taste and the Monkey did not disappoint even when the extravagance of his obeisance suggested an insolent intent. We conclude with a few examples of simian versatility acquired since 2012. The figure of the indigent Monkey is especially inspirational today as he markets his abilities and takes control of his economic destiny. 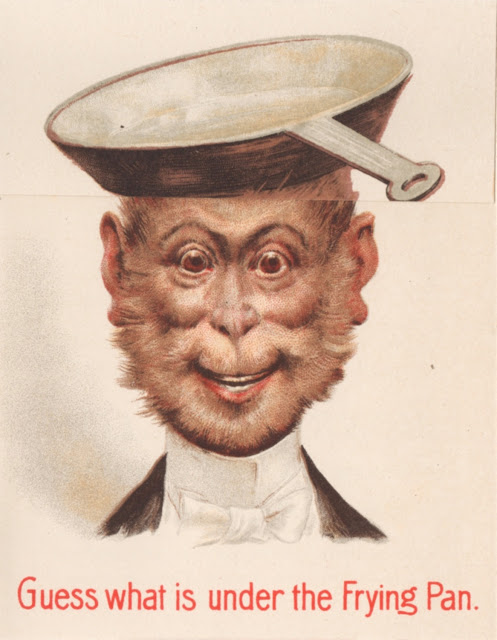 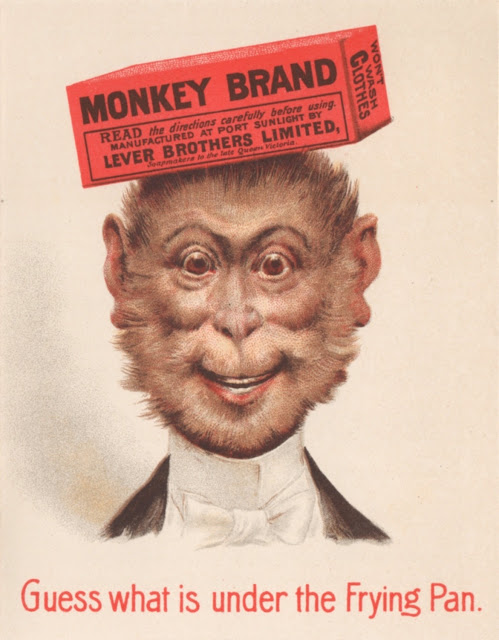