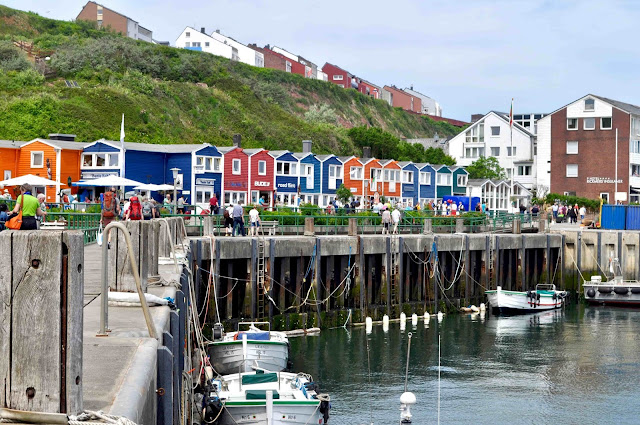 The German North Sea island of Helgoland, on the surface at least, shows no sign of being burdened by its glamorous and turbulent past. Almost all the physical evidence of its glory days as a fashionable summer resort for Northern Europe’s aristocratic families was erased, first by the Kaiser and later by the Third Reich. The spa, the luxury hotels with their casinos (Spielbanks), the aquarium and the grand villas were supplanted by military installations through two world wars. Anything still standing at the end of the conflict in 1945 was destroyed two years later by the British forces who detonated a mountain of captured explosives and ammunition in what was claimed to be the greatest ever non-nuclear explosion. A noisy and brutal exercise in finger wagging directed at German militarism. 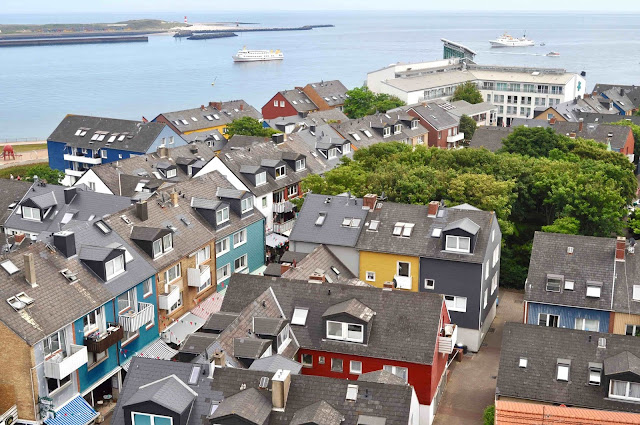 The entire settlement had to be rebuilt after Germany regained control of the island in 1952. An architectural competition produced these vaguely modernist designs with pitched roofs, the islanders having campaigned without success, for a historically accurate reconstruction. The best aspect of the reconstruction was the specially devised colour scheme that draws on the tradition of Bruno Taut in Berlin. What would otherwise appear bland and repetitive is enhanced by the application of a bright and attractive colour palette. Elsewhere, retail activity is pressed into dreary shopping pedestrian precincts that wouldn’t look out of place in Stevenage. Nevertheless, there’s a thriving trade in duty-free goods, making use of the islanders’ longstanding privileged exemption and a regular flow of day-trippers from the mainland. And it seems to be an attractive destination for holidaymakers, a small army of whom were to be seen disembarking from the catamaran and piloting their wheelie suitcases toward their overnight accommodation. Guesthouses and small hotels all seemed to be doing good business. 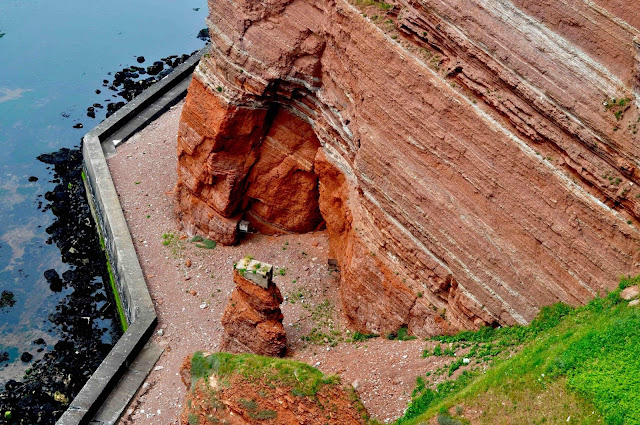 The island is notoriously windswept with frequent, fierce gales battering the coastline in winter and summer alike. This served to intensify the Romantic sensibility that the island aroused in the hearts of 19th. century Germanic nationalists. It stood in defiance of the elements, immovable in the face of stupendous forces – a perfect analogy for the sentimental nationalist. In June of 2018 when I visited, high pressure seemed to have settled over the entire North Sea – immobile air sweltered under an overcast sky while nothing disturbed the flat, calm sea. At most, it’s a thirty minute walk from one end to the other along a coastal path that follows the craggy cliff top. The cliffs are high and host vast colonies of seabirds but there is no prospect that doesn’t include the concrete remnants of enormous coastal defences. On a hot and humid day with hundreds of visitors tramping the length and breadth of the island it was difficult to recapture any sense of the island’s turbulent past – the louche glamour of the vanished casinos, the luxurious indulgence of life in the grand hotels, the disruptive presence of massive military construction, the thunderous impact of serial detonations – all evaporated into the North Sea air. 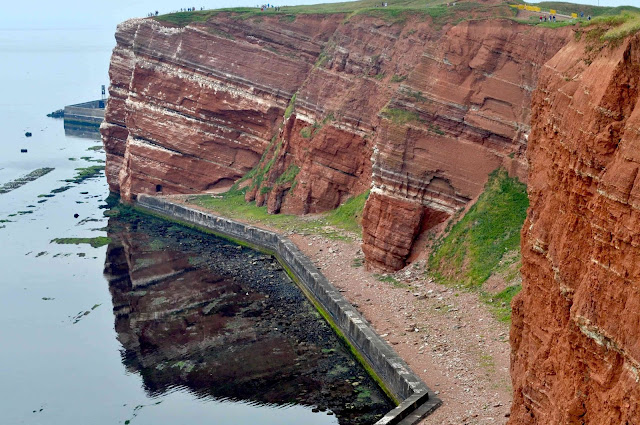 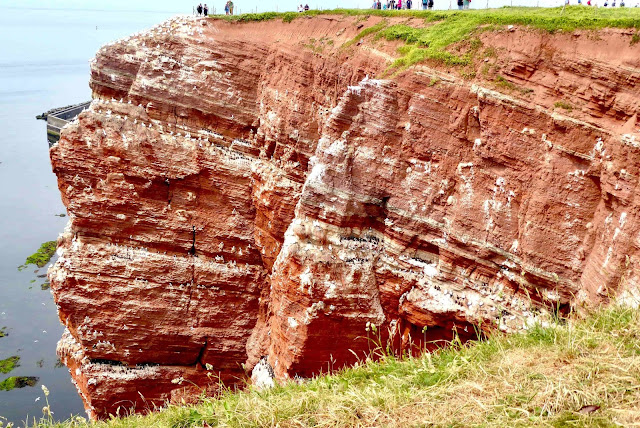 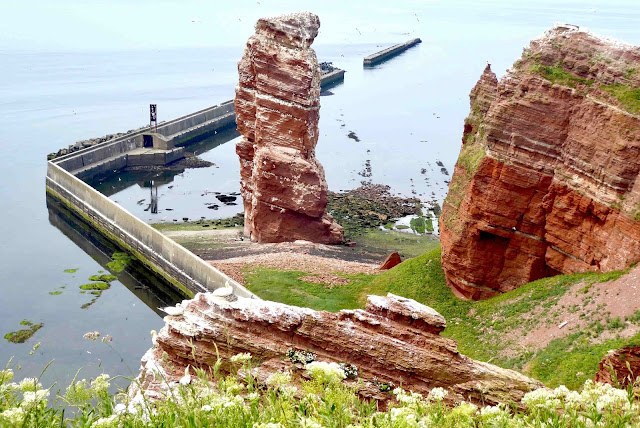 There’s much to learn about this fascinating island. Jan Rüger’s 2017 book, Heligoland, tells the story lucidly and objectively with a keen eye for the multiple ironies and absurdities that run through the island’s history.
Posted by Phil Beard at Thursday, November 29, 2018