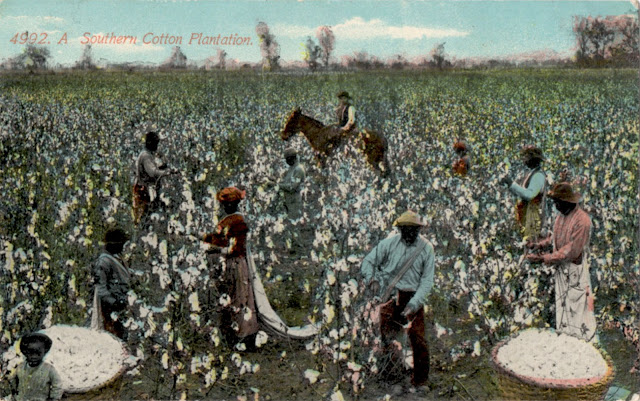 In the history of the linen postcard (Postcard America), Jeffrey L Meikle notes that postcard images of cotton fields were reused from year to year and decade to decade – the format might change but the content stayed the same. As he says, this gave the impression that the conditions of slavery remained unchanged and the servitude of African Americans was no more than the natural order. In the post-Civil War Reconstruction era, conditions for former slaves gradually improved but violent resistance from white supremacists gradually restored the pre-war status quo. Emancipated slaves were disenfranchised, subjugated and stripped of their civil rights across the former Confederacy. Organised labour and black landowners under the banner of the Colored Farmers’ National Alliance continued to resist the reassertion of white supremacy but the cause was lost by the early 1890s. By the time these postcards went on sale in the early 20th. century it would be more than half a century before the campaign for Civil Rights was revived. 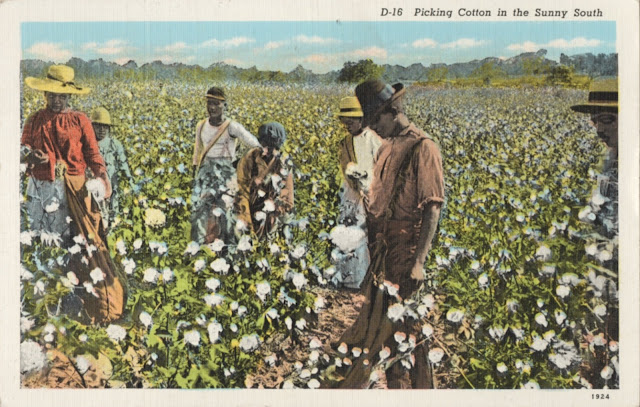 These are the fields that gave rise to the Great Migration in the interwar years when millions of Southern blacks moved north to rebuild their lives in the industrial centres of the Midwest and Northeast states. Out in these fields, some stand up to be photographed, some even gather for a group portrait, and others stoically carry on with their backbreaking labour. Just part of the scenery you can expect to enjoy on your excursion to Dixieland – the ideal postcard for the folk back home. A mounted enforcer is the only reminder of the apparatus of coercion. Stamina and fortitude are the order of the day. Tattered and scruffy clothing is worn with a subtle swagger. The images are generic – locations are rarely disclosed. Somewhere in the Deep South or the Sunny South or the Heart of Dixie is all we are told. Behind the images is the unseen Southern White Gentleman, slave and plantation owner, renowned for his old world courtesy and softly spoken words of kindness for all. A great Southern stereotype to be placed alongside the equally specious stereotype of the cheerfully submissive black labourer, respectful but workshy, always ready with a watermelon smile. 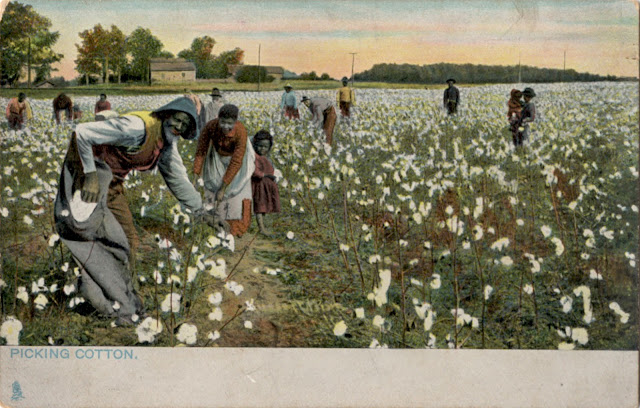 We follow the industrial process as the compressed product is transported for onward shipment. The only white presence is when the crop is weighed, priced, valued and tallied. Acres of bales at the ports require additional intensive labour in terms of portering and loading on to ships. To the casual eye, this was all reassuring and gave no reason to suspect that this was anything other than a free and fair exchange of labour and remuneration. Indeed, there was a sub-genre of postcard that portrayed a life of carefree indolence, suggesting that African Americans, far from being exploited, were really a privileged group supported by the generosity of spirit of their white superiors. 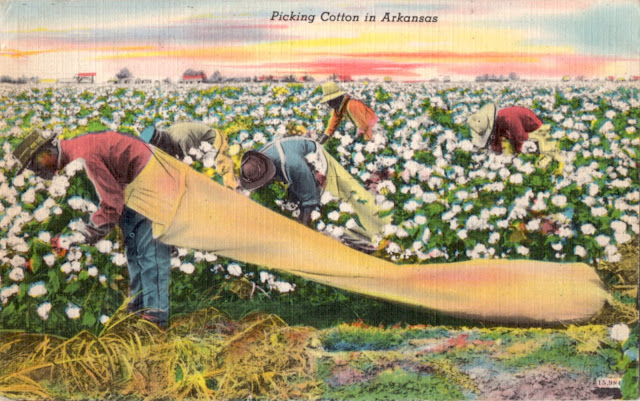 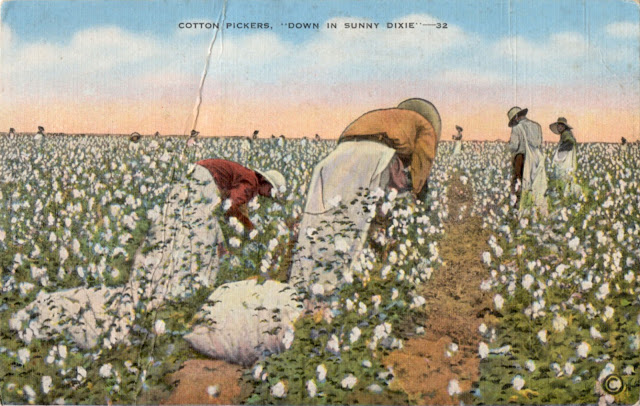 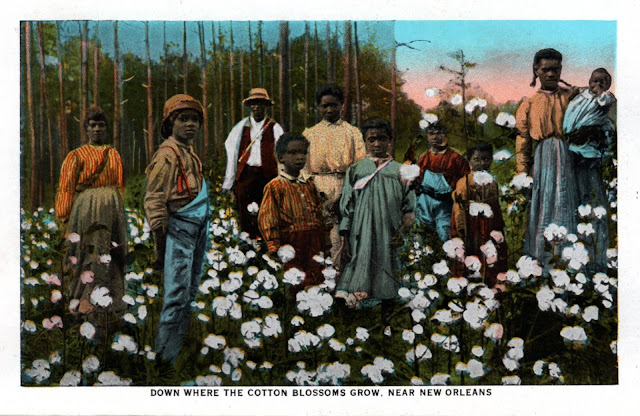 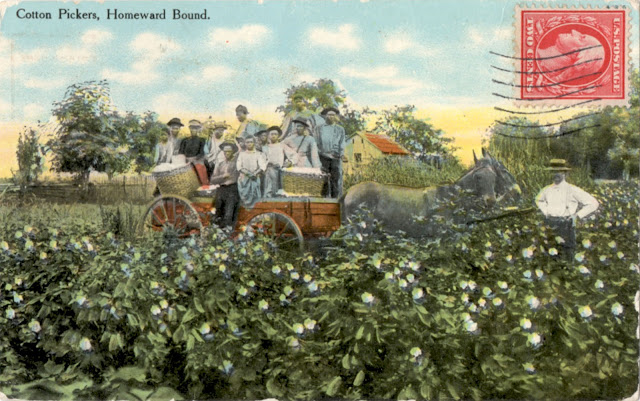 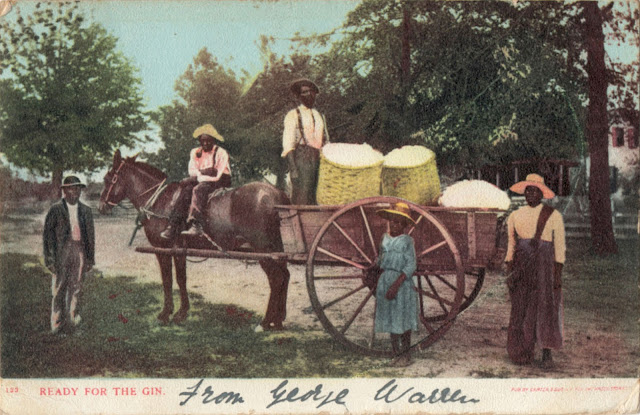 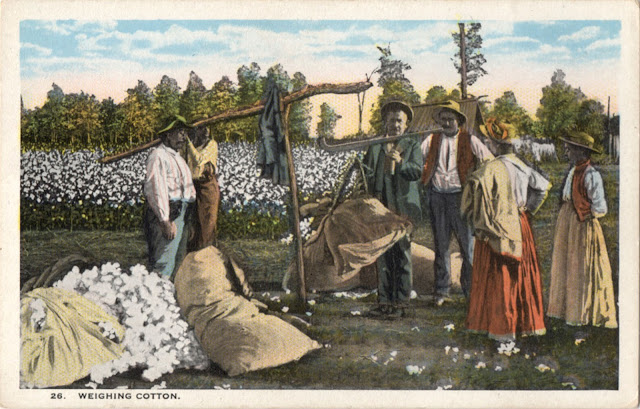 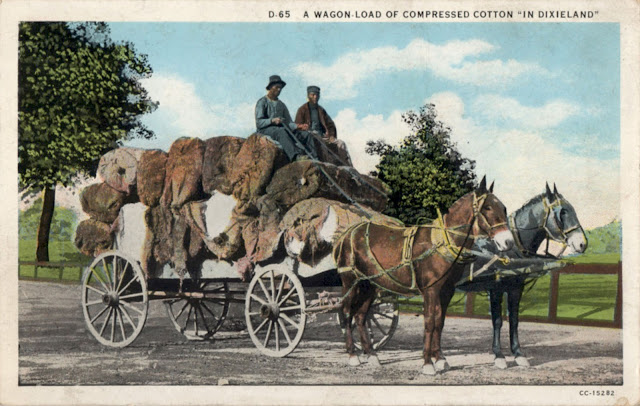 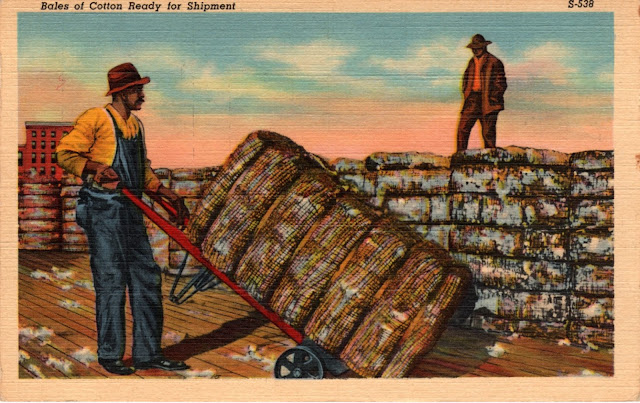 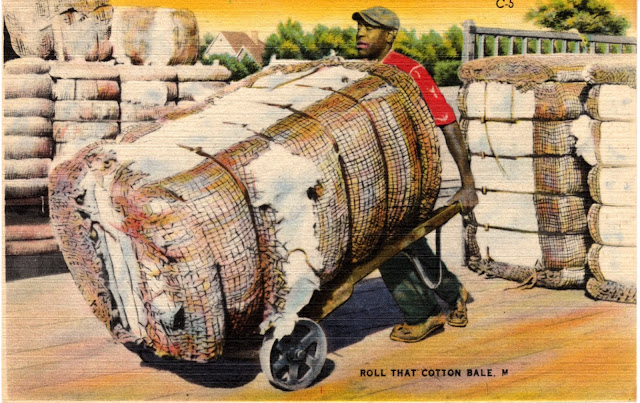 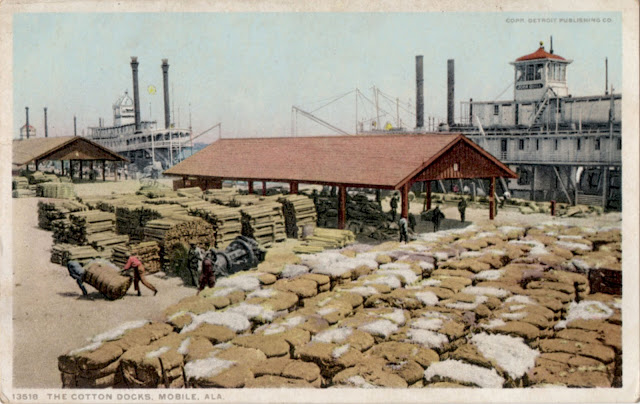 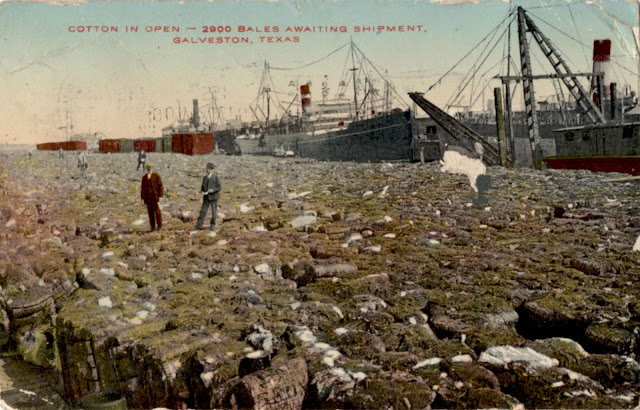 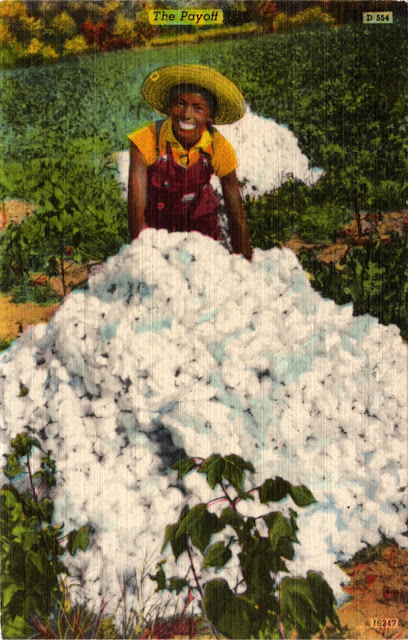 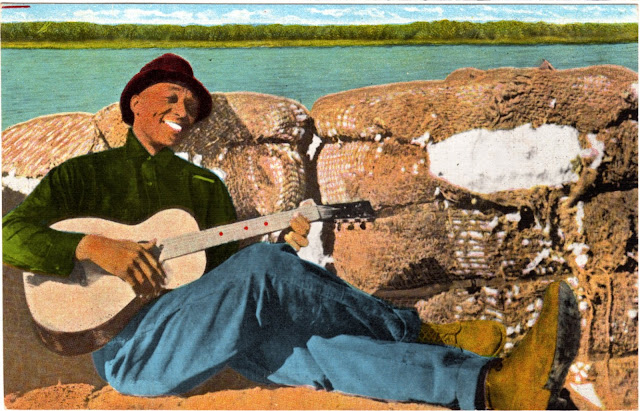 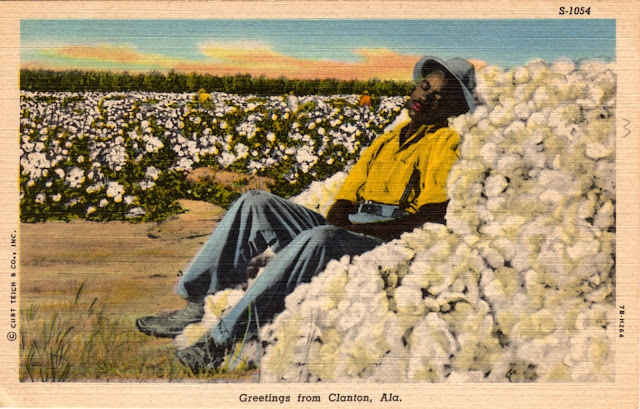 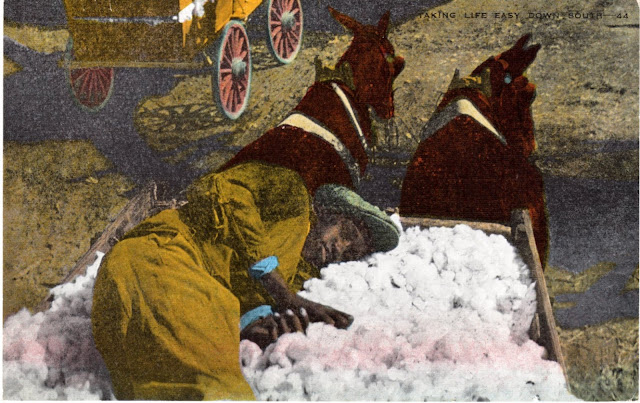