Postcard of the Day No. 94 – Tunbridge Wells Pantiles 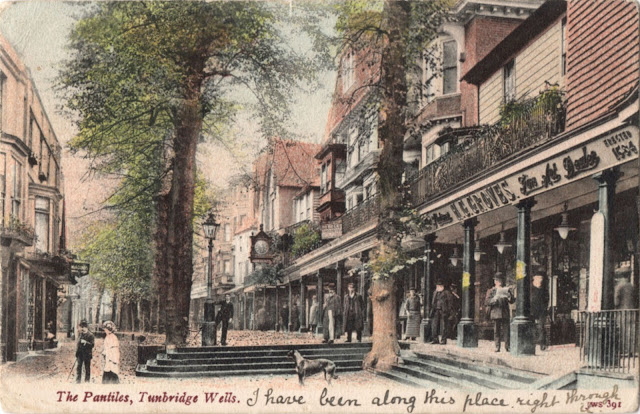 Royal Tunbridge Wells to be absolutely correct. It’s one of those place names that’s synonymous with bourgeois respectability. A bastion of propriety in a world of depravity. Spiritual home of the Daily Telegraph reader and, when these postcards were on sale, a popular spa resort with an Opera House. At the centre of town is this Georgian colonnade and pedestrianised shopping street, named the Pantiles. Much photographed, often from the very same spot, it offered fashionable shops, galleries and restaurants, and an elegant space for gentle perambulation. It survives more or less intact, without much evidence of its former gentility, and can be visited on Streetview thus avoiding the need to travel to Kent. The five cards that share a single viewpoint also share a cast of characters – woman with small child/pram, a young man hungry for attention and various canine companions. The night scene is deeply unconvincing – a clumsy exercise in over-painting in which every window glows with an identical lurid shade. Only a local could confirm whether the residents of Tunbridge Wells continue to conduct themselves with such ostentatious dignity as they do in these scenes. 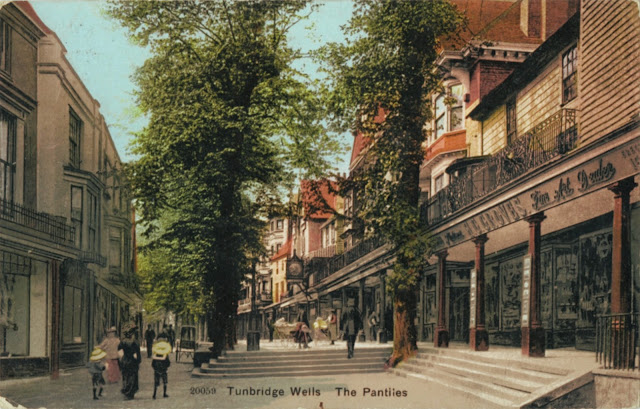 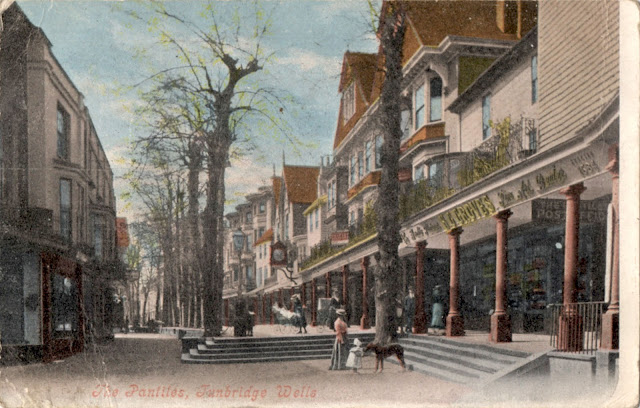 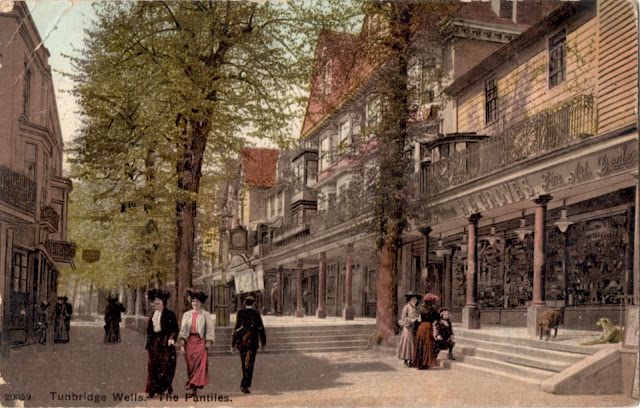 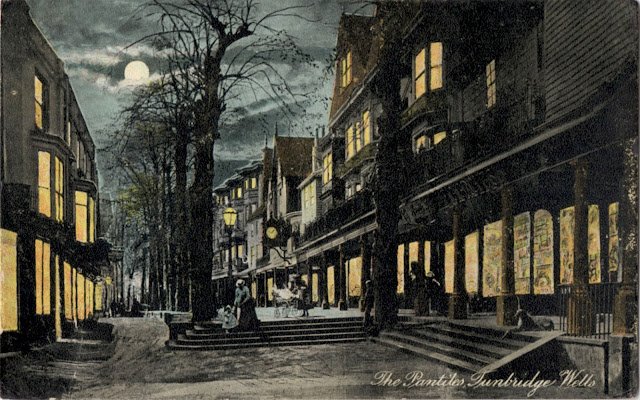 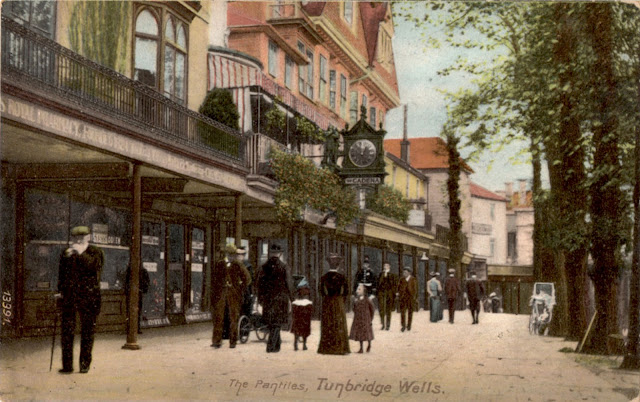 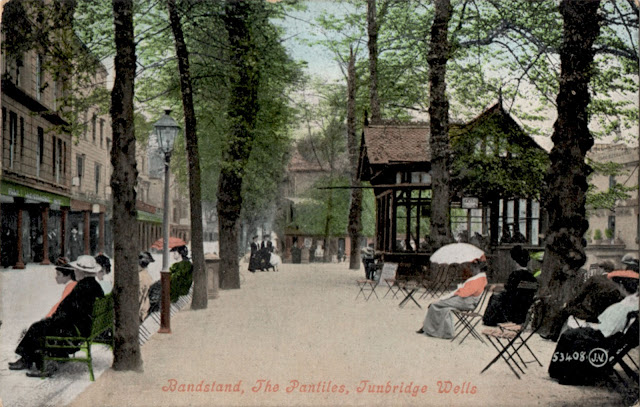 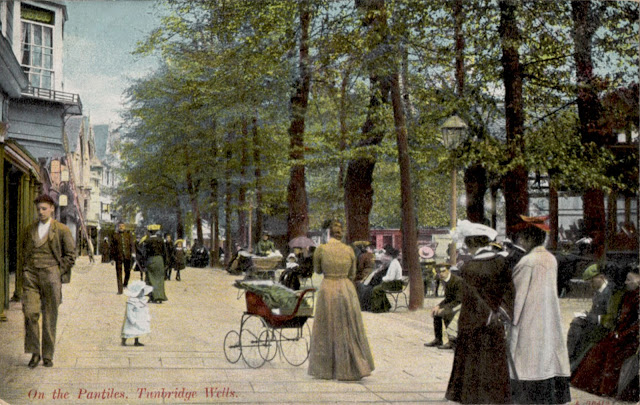