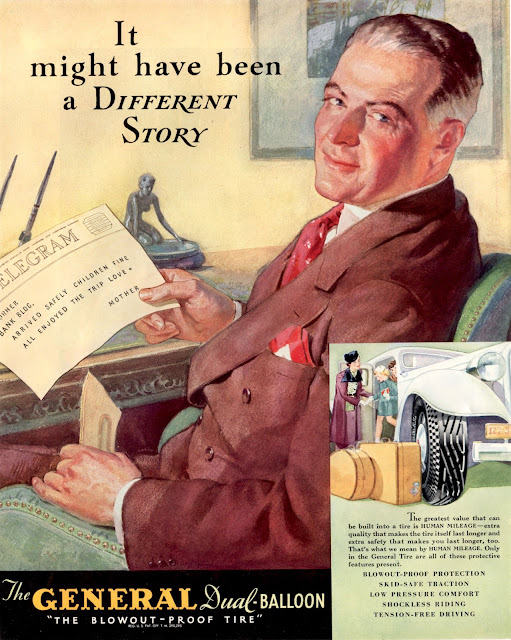 The General Tire company began operations in 1915 as a challenger to the well established duopoly of Goodyear and Firestone. Company policy was to employ a publicity blitz to fight for market share. During the Depression, radio stations were acquired, beginning in the home state of Ohio, to access broadcast advertising on preferential terms. Media interests expanded across the US, culminating in the purchase of RKO Pictures from Howard Hughes in 1955. The business was a regular advertiser in the pages of America’s mass circulation magazines, from where these examples are drawn. A recurring theme was an invocation of American family values in the affluent middle class. Familial stereotypes addressed the readership on the importance of the protection that a General Tire offered, calming anxieties about traffic safety. Think about the children was a frequent message. An early draft captain of industry looks up from his economics textbook to gaze dreamily into the future – the caption brutally reminds us, “It would take 17 years to replace him”. 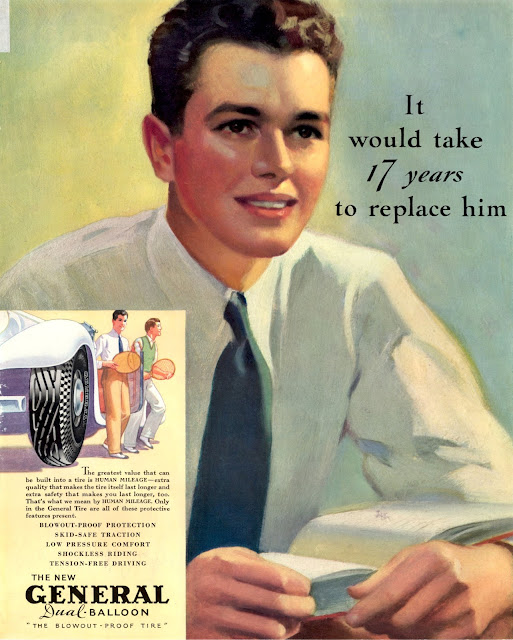 Characters from the polo playing, Long Island resident plutocracy were introduced for the aspirational customer to identify with. The social ambience became even more rarefied in the ads placed in Fortune magazine – impossibly elegant and expensively groomed couples posed in a world of art deco furnishings and cocktail shakers. A morbid strapline, “For those who would be missed in the community”, made an appearance. The senior executive readership would certainly understand. When the war ended in 1945 the tone changed again as advertisers sought to connect with the mass market of well paid car owners in the rapidly expanding middle class. A world in which smiling well-adjusted schoolchildren are escorted safely across the road, and cheery, happy families enjoy the fruits of prosperity in the form of gadgets, pedigree pets and exotic vacations was created. Throughout these decades, illustrators were preferred to photographers – a regular performer was Dal Holcomb (1901-78) but most images were unsigned. The only other signed examples are an uncharacteristic work by Hananiah Harari and a typically folksy Thanksgiving turkey by Dave Mink. 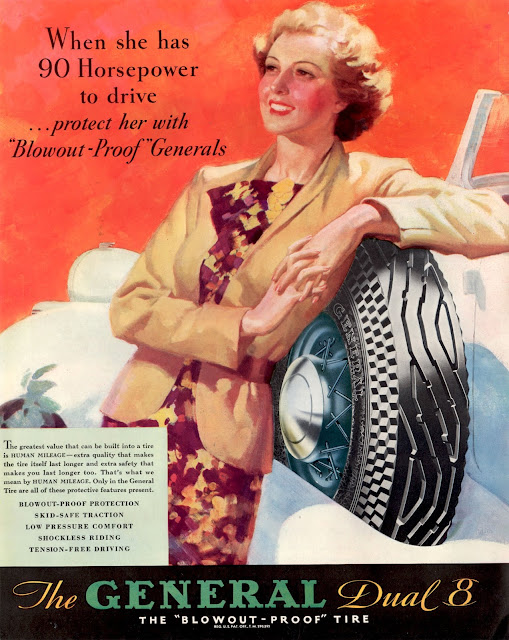 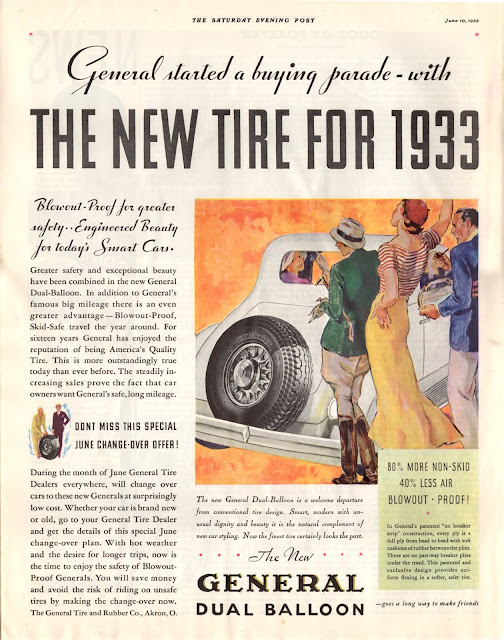 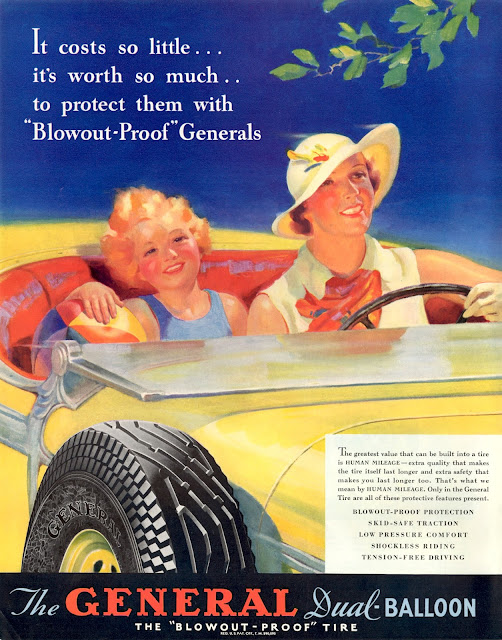 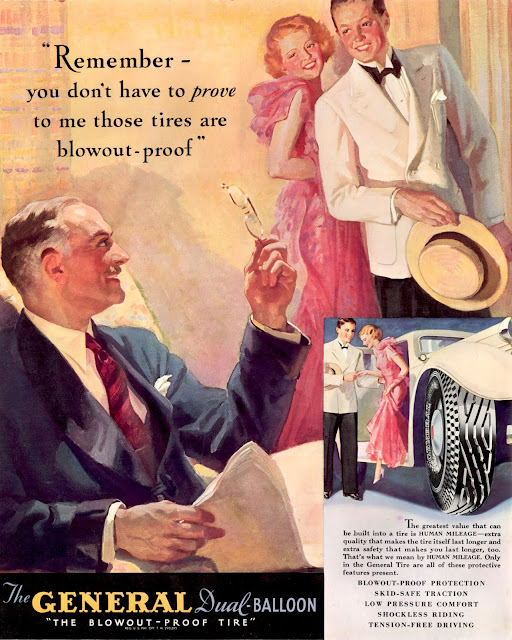 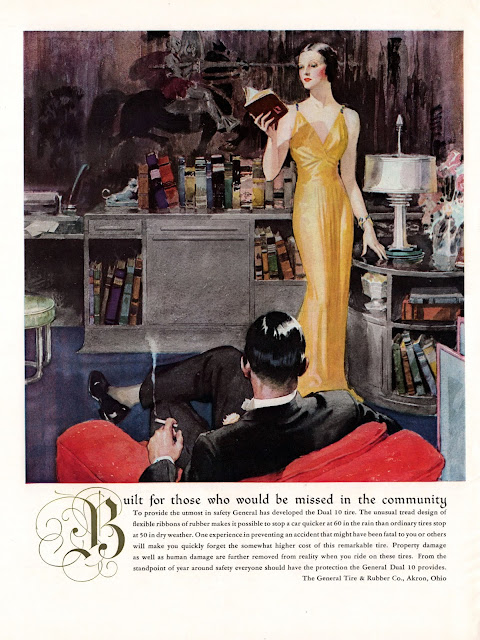 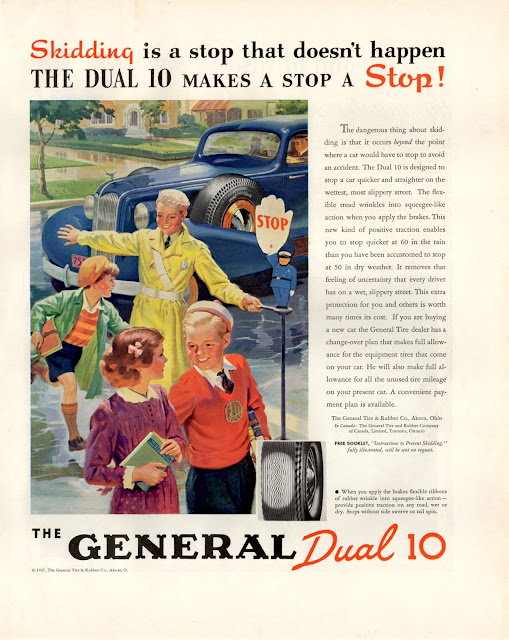 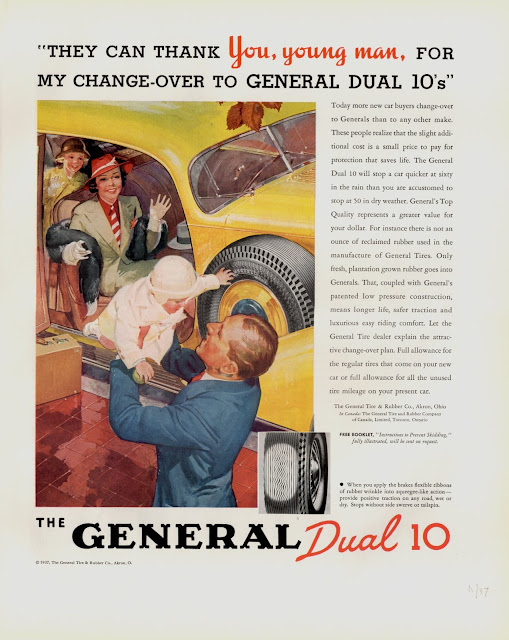 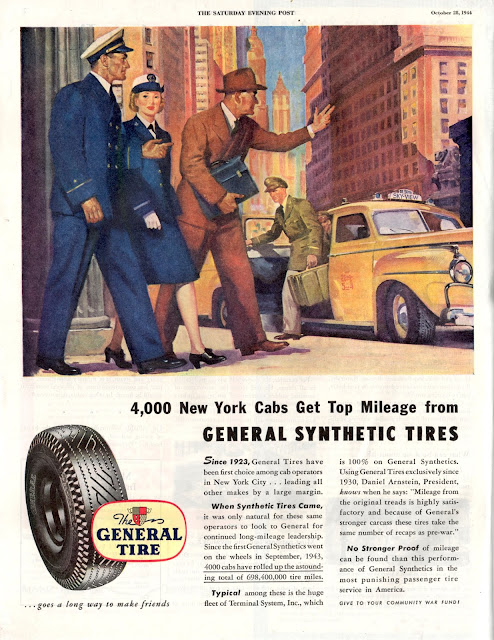 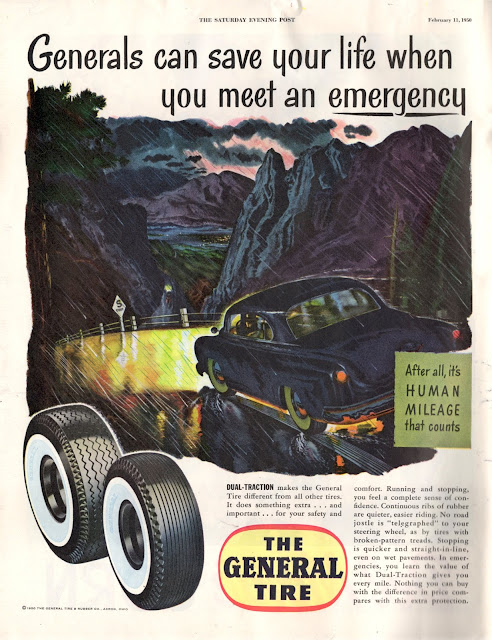 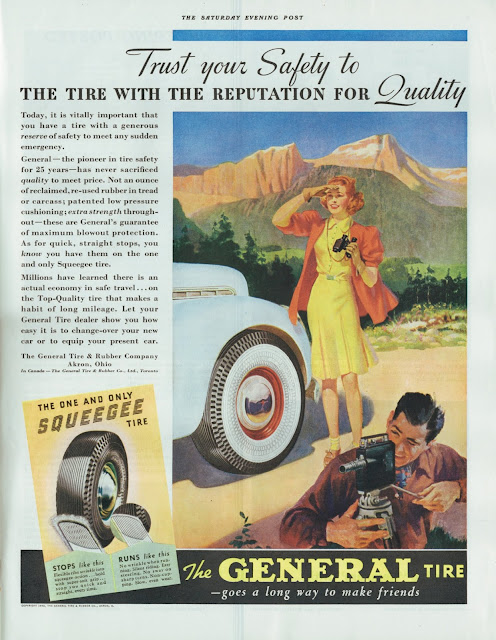 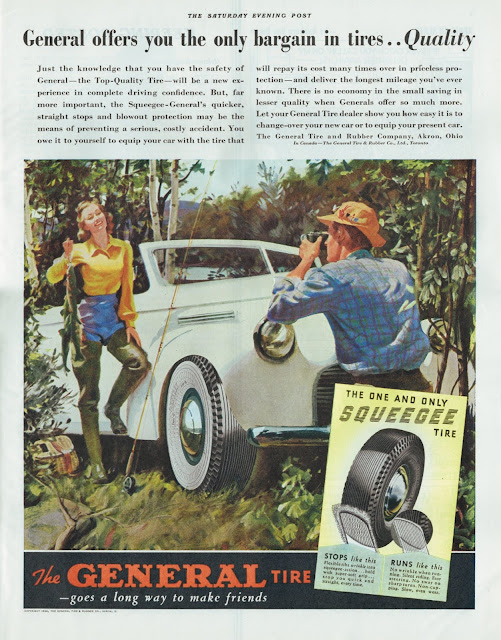 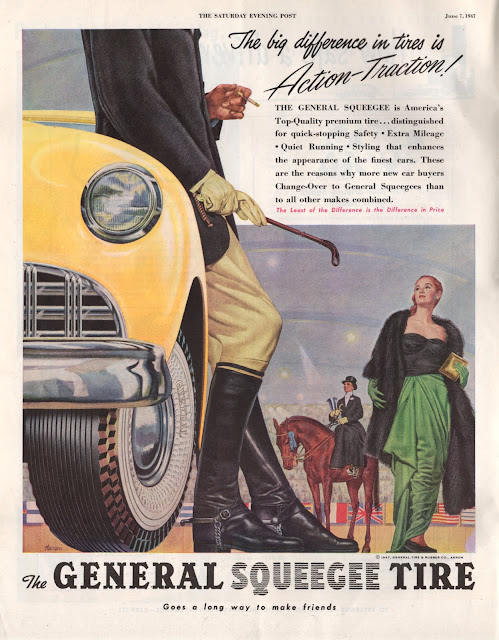 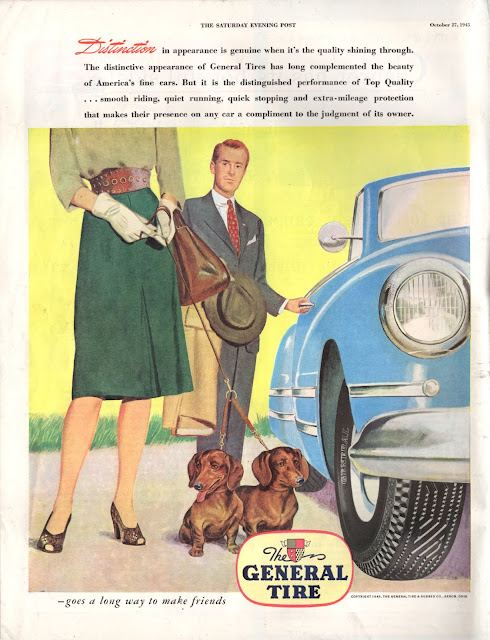 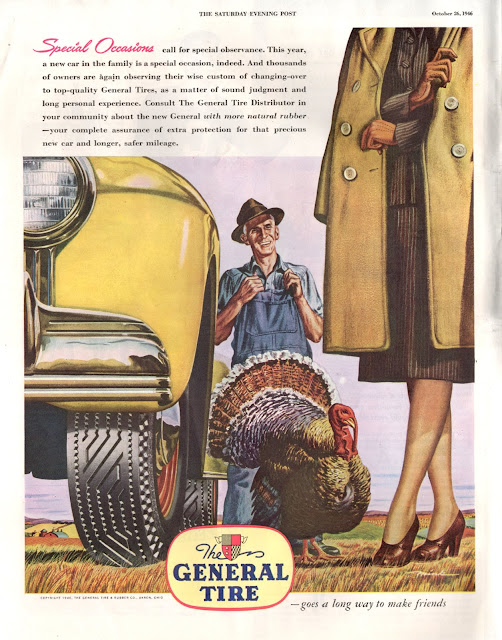 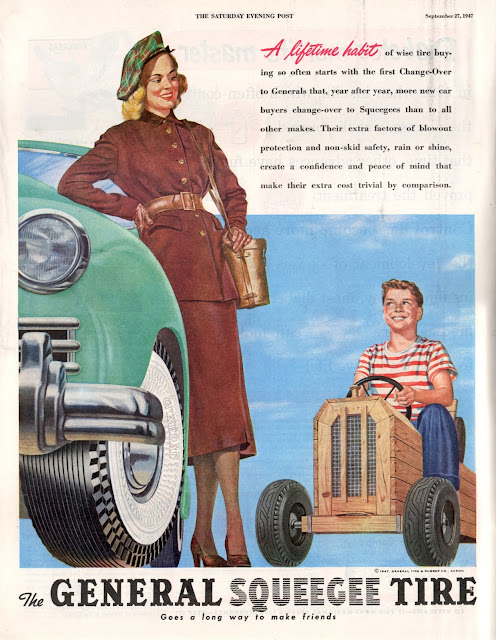 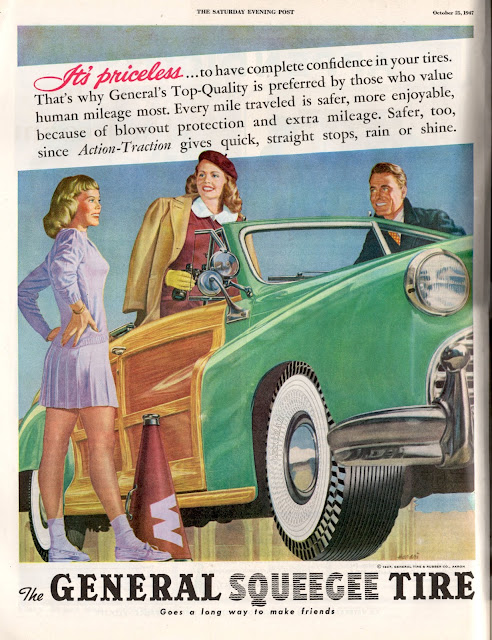