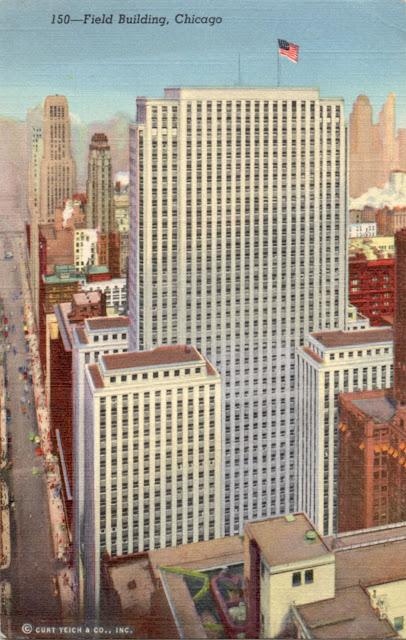 The Field Building was designed by the Chicago firm of Graham, Anderson, Probst & White (GAP&W), architects of the Wrigley Building and Merchandise Mart and constructed between 1931 and 1934. It would be the last major building completed in the city for 20 years, thanks to the Depression and Second World War. The Field was the climax of GAP&W’s journey from a florid Beaux Arts style to Art Deco, via the unadorned functionalism of the Merchandise Mart. The lavish, extravagant decor featured in the 1925 Paris Exposition des Arts Décoratifs had made its way to the prairielands of the Mid West. A recent publication tells the story. 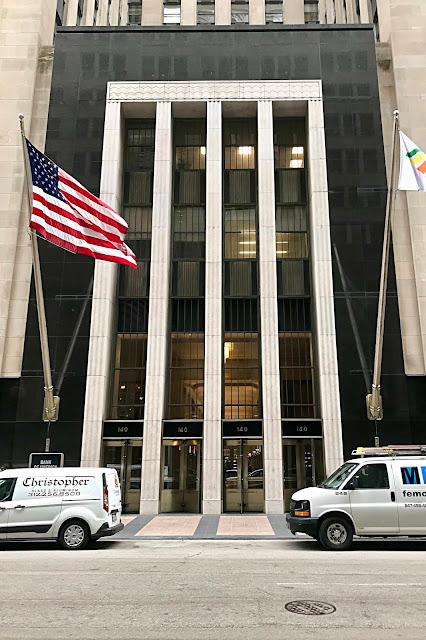 From the outside the Field Building is a bit of a brute – a massive 45 storey central slab with four 22 storey towers - one at each corner. Its reputation as an exemplar of Art Deco in architecture rests on the treatment of the circulation areas inside the building. A polished black granite surround to a soaring entrance that rises up to the 4th. floor is a foretaste of what lies within. Reflective marble and Terrazzo surfaces line the corridors, vertical light splashes from purpose built uplighters mark the route while fluted cladding draws the eye upwards. The progress of the high speed elevators can be monitored from the display panel in the lobby, formed in the shape of the building. Embedded in the panel is a brass finish US mailbox complete with Art Deco fonts and American Eagle. A public walkway connects Clark and LaSalle Streets – an overhead footbridge with an exquisitely detailed Art Deco clock face has a mirrored underside that adds to the sense of theatre. The materials, surfaces, finishes and trims were chosen to flatter the corporate client with their luxury value. The general effect is more restrained than, say, the Moscow Metro but it’s a step in that direction. Its completion ironically coincided with the lowest point in the Great Depression which, unlike the one we’re living through now, brought speculative and prestige development to an abrupt standstill. 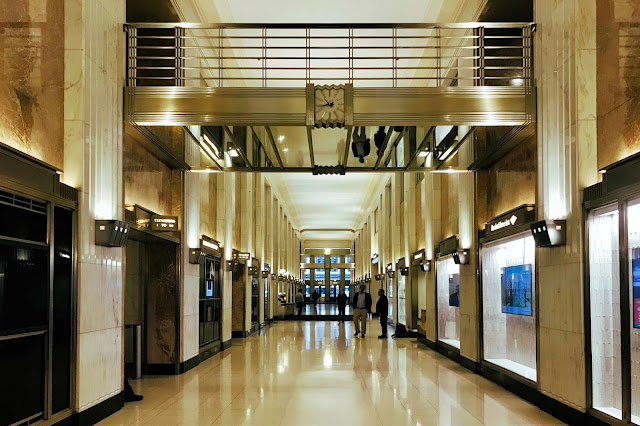 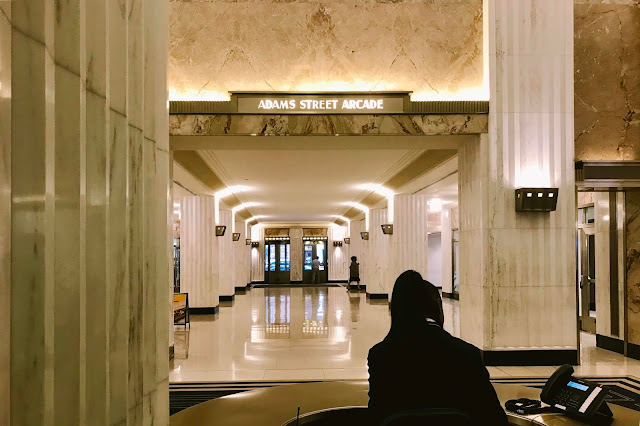 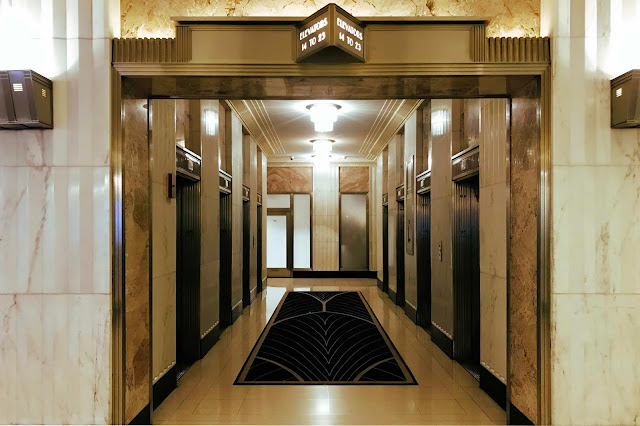 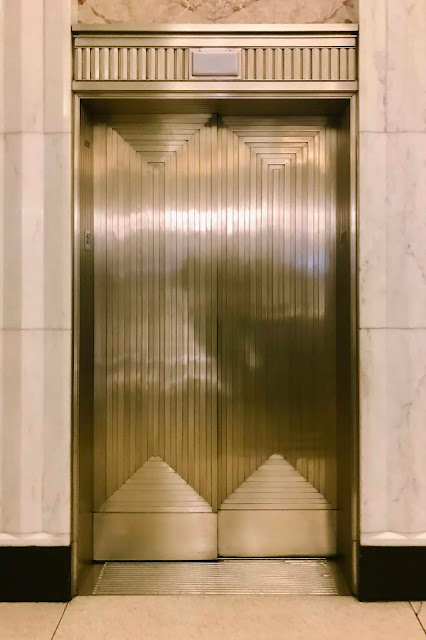 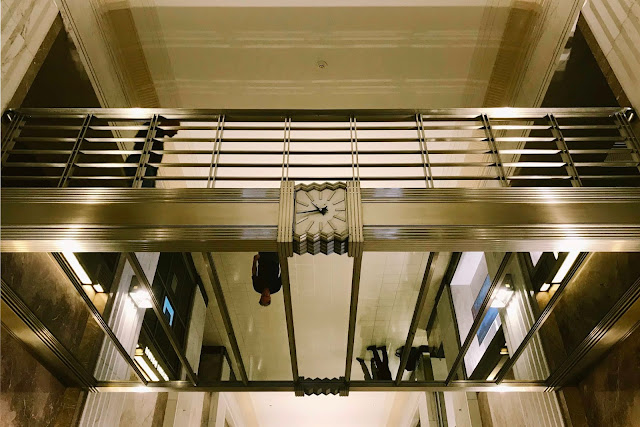 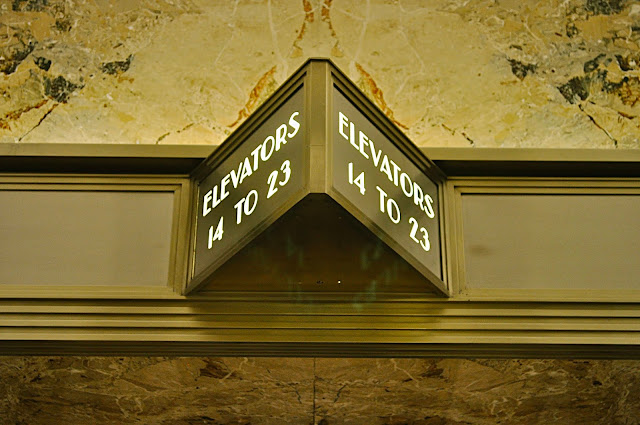 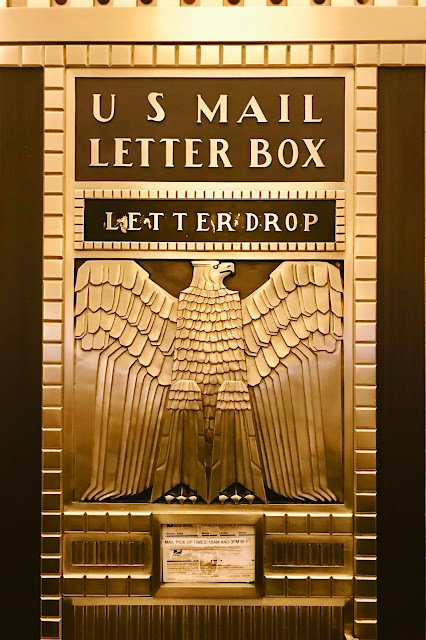 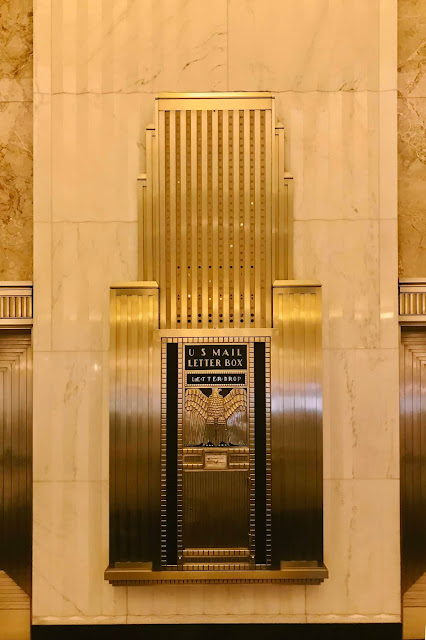 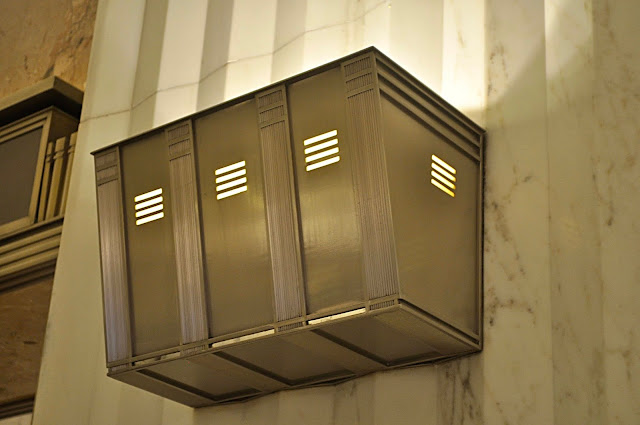 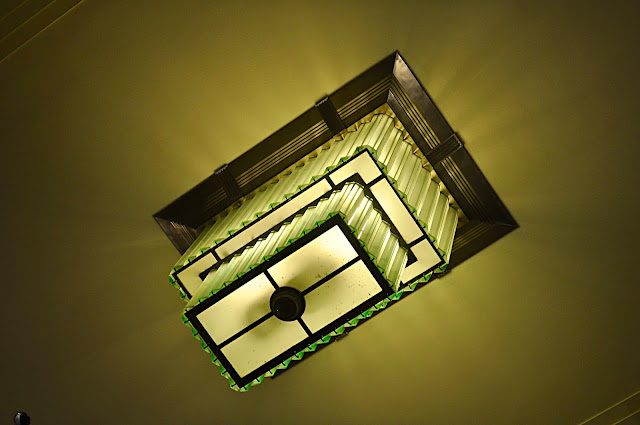 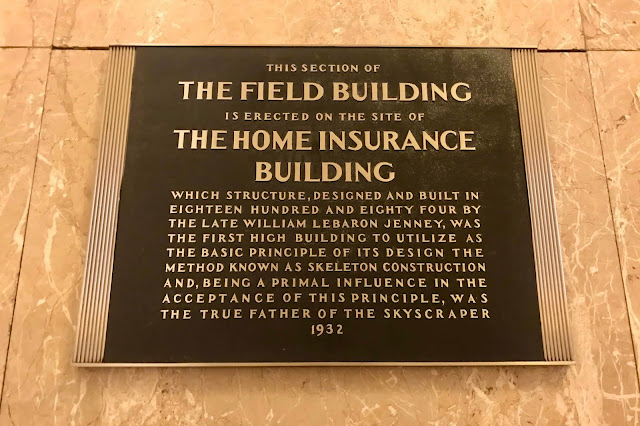 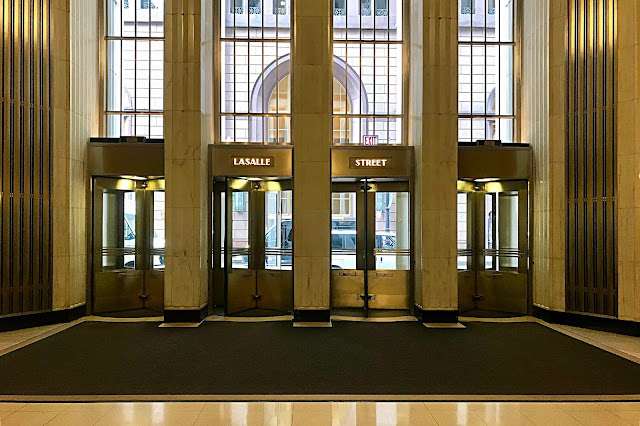