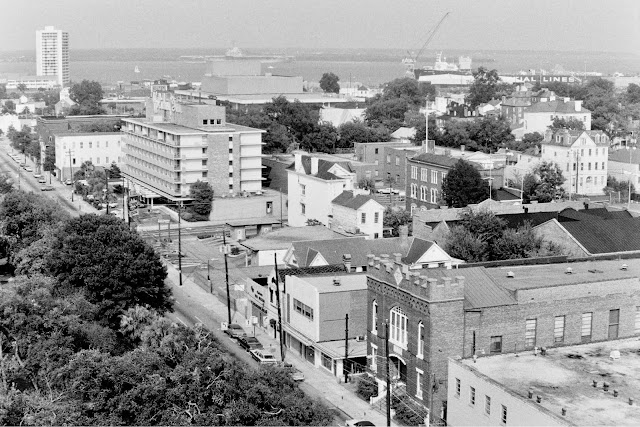 Over the last few months I’ve been digitising some old slides and negatives from the analog era. The device I’m using is better than the budget examples widely on sale but the results bear no comparison with what can be achieved with professional quality negative scanners. It’s a necessary compromise given the astronomical price of the best equipment. For every interesting discovery there’s a major disappointment when the technical shortcomings of what I had fondly imagined to be a pleasing photograph are ruthlessly exposed. So, with apologies for the technical limitations and general fuzziness of imagery, I plan to post some occasional examples. The first selection come from a visit to Charleston, South Carolina in the summer of 1978, some 41 years ago. 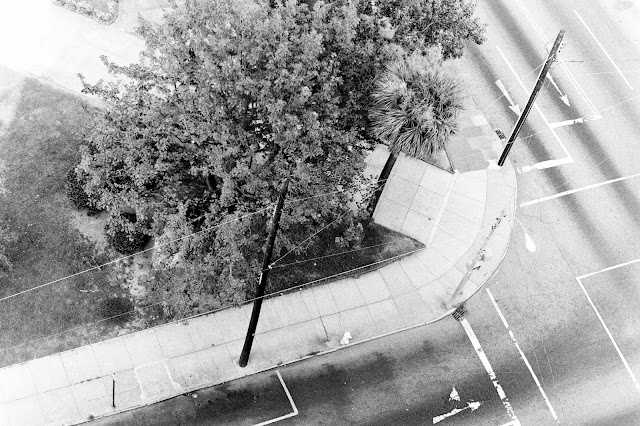 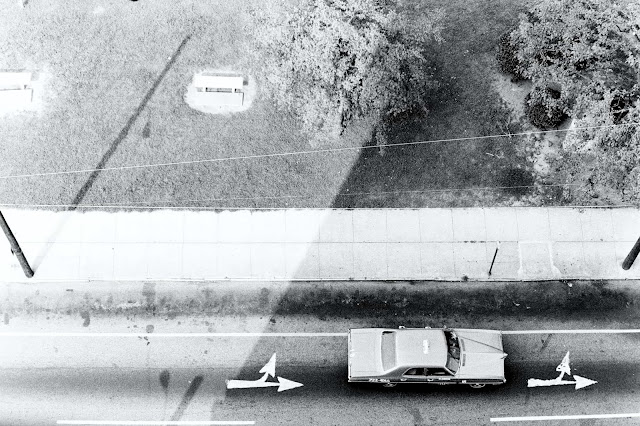 My notes tell me we stayed on the tenth floor of the Francis Marion Hotel - “a twelve-storey dinosaur, overlooking the Cooper River, the bridge, the port and the Yorktown aircraft carrier”. As one of America’s oldest cities, Charleston was well stocked with colonial-era public buildings and residences, of which a few can be seen here. The camera recorded some shopfronts, eccentric on-street commercial signage, a Colonial Revival style Exxon gas station and an Art Deco cinema - much as I might do today. In a small downtown gallery there was an exhibition of photography that included work by Weegee, Berenice Abbott and Moholy-Nagy. My recollection is that they came from the Wagstaff Collection which is now in the Getty Museum. It’s quite possible the black and white photos of Marion Square from the hotel window were taken in imitation of Moholy-Nagy. 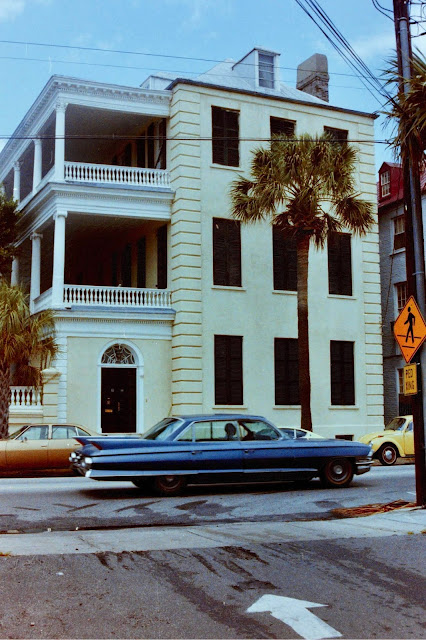 While we were there, Bruce Springsteen came to town and delivered one of his three hour marathon shows to promote his recent album, Darkness on the Edge of Town. Not yet 30, he had more than enough energy to race around stage, clowning and screaming, and driving a rather sober audience into a frenzy of appreciation. Much to my delight the second, and final, encore was Quarter to Three, a 1961 US number-one for Gary US Bonds. The bus trip to the Isle of Palms didn’t quite live up to the exotic promise in the name - but the beach was long and sandy with Atlantic rollers driven by a strong onshore wind. 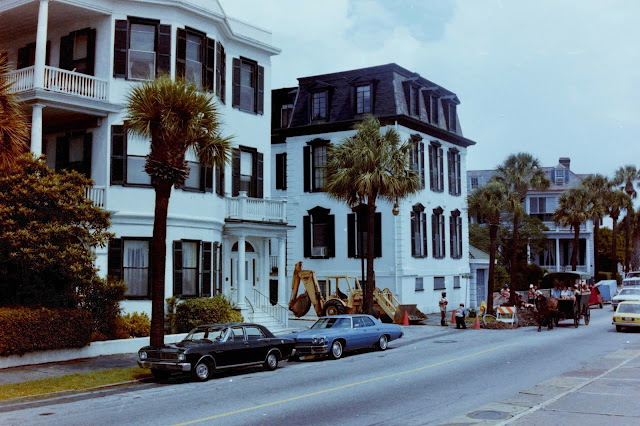 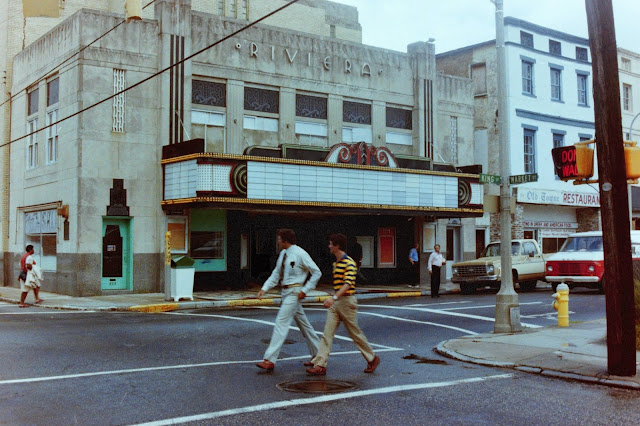 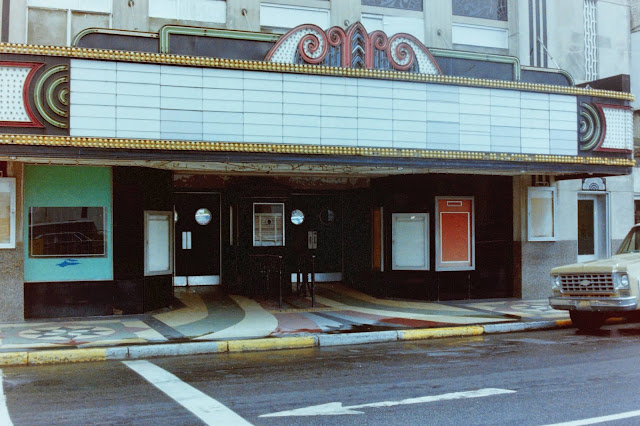 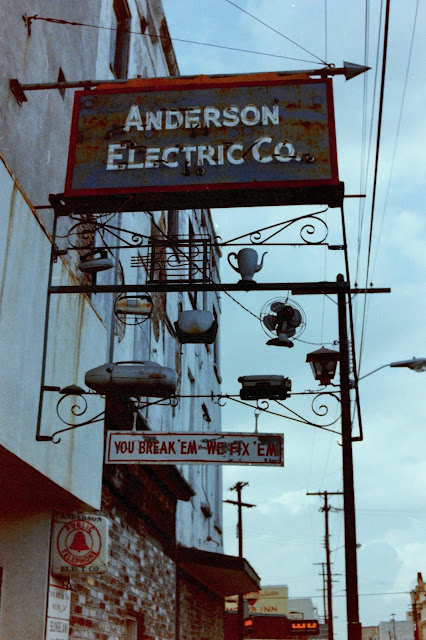 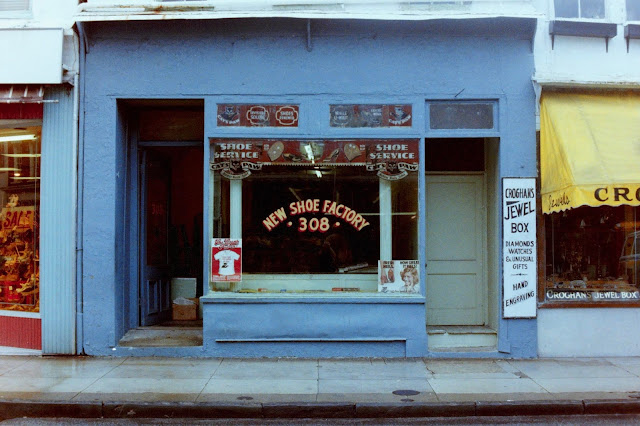 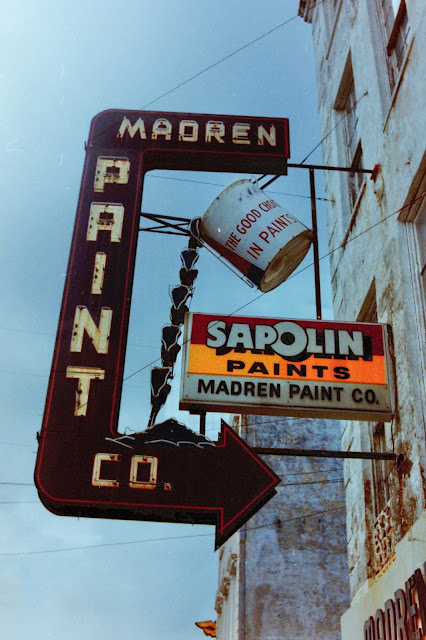 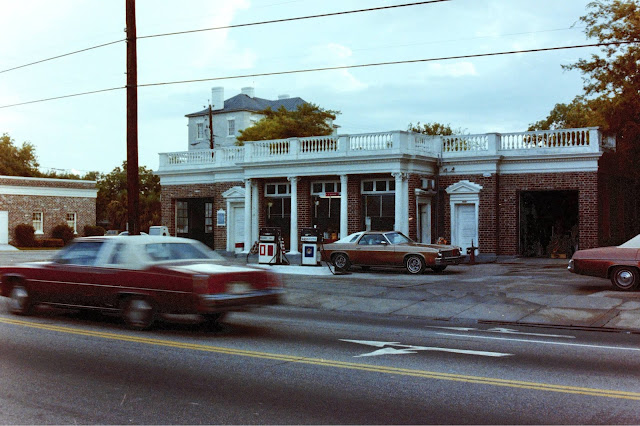 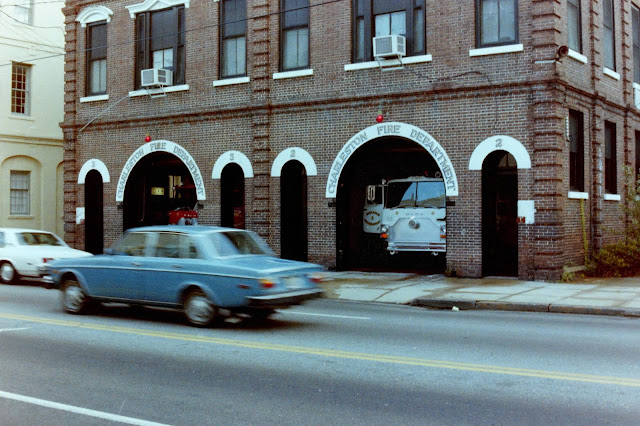 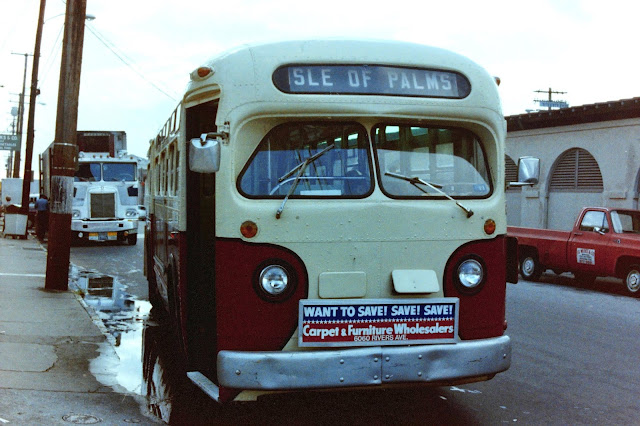