Postcard of the Day No. 95 - Animals on Board 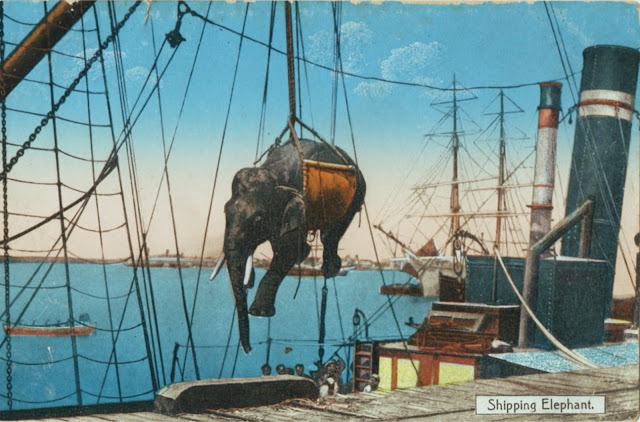 Today’s card offers the arresting site of an elephant in a sling, hanging in space as it’s manoeuvred on or off a cargo ship. A desperately uncomfortable position in which to find such an imperious and dignified creature. The location is a port in Colonial Burma where the British authorities had many uses for elephants as a source of cheap, and uncomplaining labour. They were especially valued on timber plantations where they could be put to work hauling enormous loads of logs out of the forests for processing. Elephant traders got rich by capturing the creatures in the wild and selling them on to commercial interests for whom they were a prized asset. Elephants didn’t join trade unions or support campaigns for independence from the colonial masters. On the second card, a rudimentary steam powered crane is hauling an ox carcass on to the quayside in the port of Casablanca where it is about to be unceremoniously dumped. These are discomforting images and worrisome examples of indifference to animal suffering. 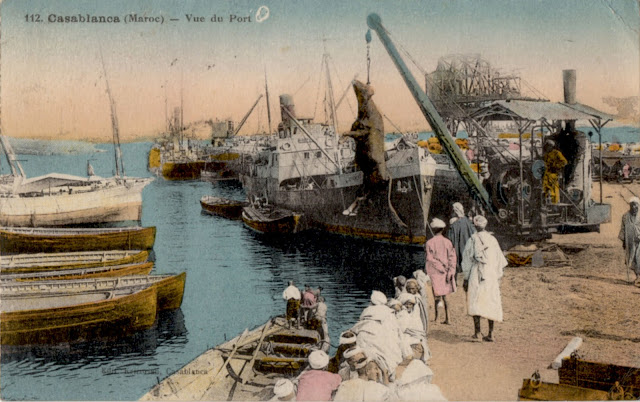