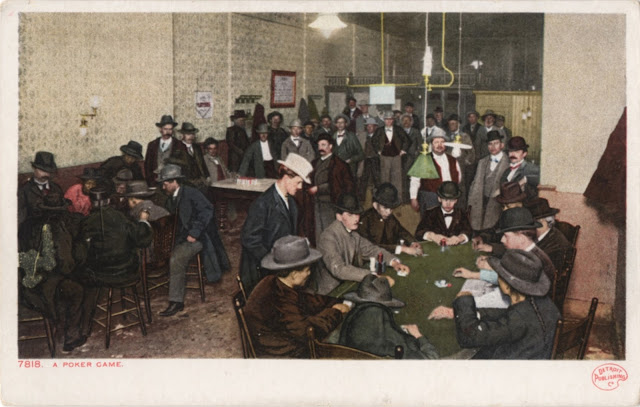 Today’s card was produced by the Detroit Photographic Company, early pioneers of the colour printed postcard. Large glass negatives were used to gather their images and they are famous for the amount of detail they captured. There are about 50 men in the room, not one is bareheaded, and most are spectators. Two games are in progress and among the players are a few of Asian origin. Standing out from the crowd is the one man sporting a white hat. We can be certain the card was published no earlier than 1905. Not an especially refined group of men, the evidence suggests it may be somewhere in Northern California with San Francisco the obvious candidate. The contrast with the expensively dressed haut-monde floating between the roulette tables of Monte Carlo on clouds of privilege could hardly be more stark. 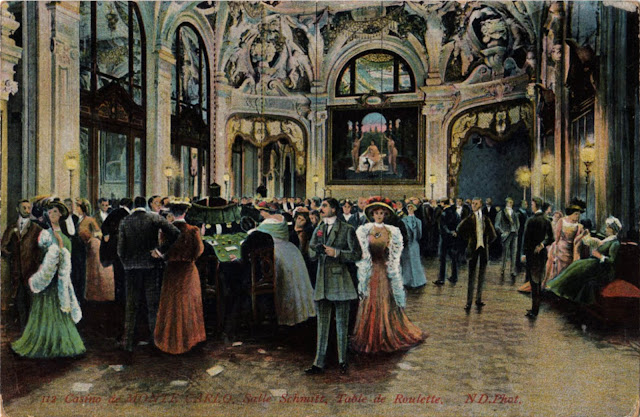 Being notoriously risk-averse, the allure of gambling has passed me by. So this selection of postcards celebrates an activity with which I feel no affinity. This is not a claim for moral superiority - lack of susceptibility to a single vice is no guarantee of universal abstention. The psychology of gambling holds much fascination and it seems that economic status makes very little difference - rich and poor alike can be seized by gambling fever. Poverty is a great driver for the gambling industry in marketing the attractions of life-changing sums of money in return for very modest stakes. If I was involved in the business, I would be actively lobbying the government of the day to create more and more poverty to build the customer base on human desperation. At a local level, the industry sucks value out of already impoverished communities, thereby intensifying the deprivation on which their profit margins depend. Where the rich are concerned, it’s more complicated. The prospect of unearned wealth can hardly motivate when a rentier economy offers generous risk free returns to any substantial property owner. But the possibility of an instant descent into penury on the throw of a dice or a handful of playing cards can act as a powerful stimulant, opening a neural pathway to those regions of the brain where the most intensive pleasure centres lurk. 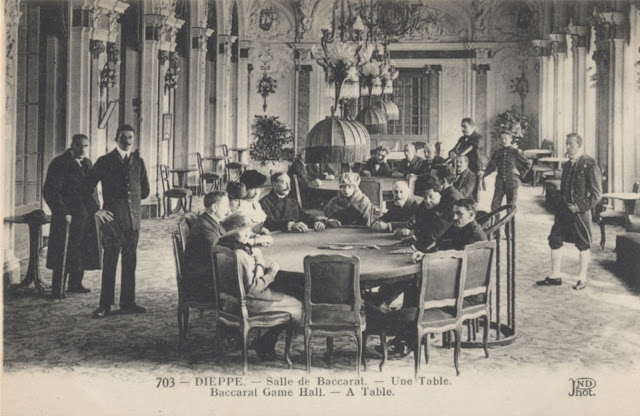 Recent decades have seen the gambling industry expand as regulations have been rolled back. Moving business on to online platforms made gambling a 24/7 opportunity while televised sporting events all came with an invitation to wager on the outcome in every ad break. The less privileged punter is catered to by a variety of branded outlets embedded on every high street between the charity shops, tanning salons, nail bars and tattooists. Austere premises equipped with Fixed Odds Betting Terminals offering another unlikely route to untold riches while in some distant county town, a troop of horses and riders complete the required number of circuits. Casinos operate to a number of class-based formats, those at the bottom being open to all, irrespective of income, pedigree or the possession of an appropriate wardrobe. Witness the informal leisurewear and nervous expressions around the Wheel of Fortune in Las Vegas. At the apex of the social pyramid, class signifiers are everything - sumptuous furnishings and an exclusive dress code keep the riff-raff at bay. Glamorous hostesses skilled in the arts of flattery, and copious quantities of alcohol numb the senses and muddle the brain, encouraging even the most cautious punter to think they can beat the house. Hollywood producers have always loved a gambling based plot and often present us with a hero who panics the house while walking away with a fortune. In reality, if the profits of the major betting businesses are any guide, the house doesn’t just win, it annihilates. 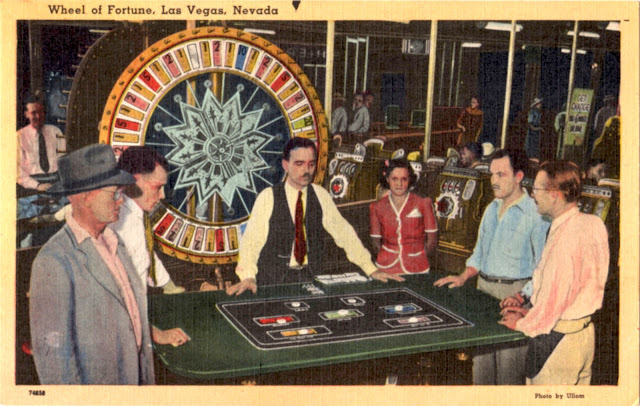 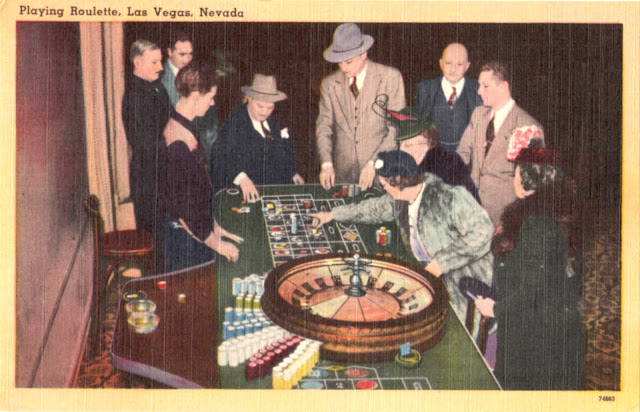 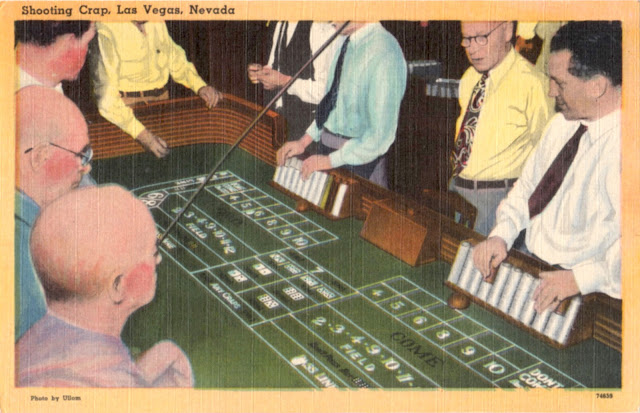 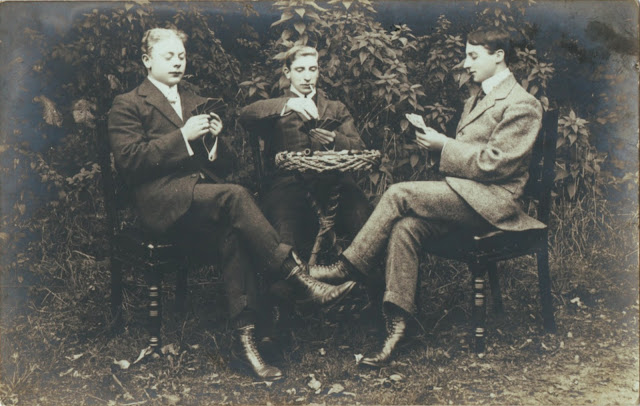